December 14, 2020 marks the 50th anniversary of the beginning of a wave of strikes in the port city of Gdańsk in December 1970 which were triggered by a massive hike in food prices just days ahead of Christmas.

The 1970 workers’ strikes were the first such popular uprisings against the Communist regime, led at the time by Władysław Gomułka, in 14 years. The unrest soon spread to other port cities of Gdynia as well as Szczecin. 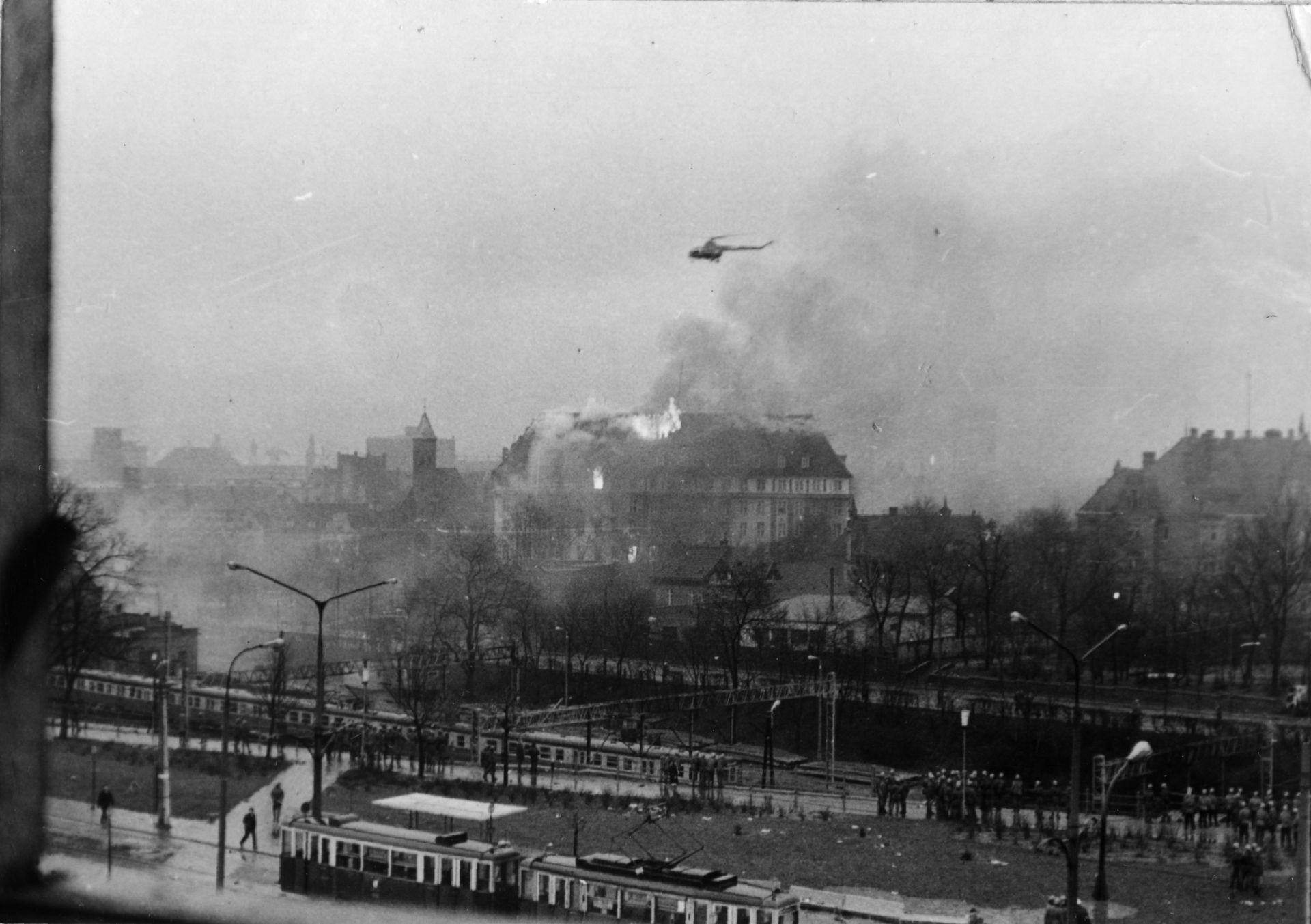 Armed militia confrontations with the protestors led to the deaths of around 40 people, while over 1,000 people were injured.IPN

In the Baltic port city of Gdańsk, over 3,000 workers at the Lenin Shipyard downed their tools and held a protest march which led from the port through the city to the regional headquarters of the Polish United Workers Party and the regional radio station.

There they demanded to be given air-time to voice their calls for a change in Party leadership and an increase in wages, which had been frozen for years due to a hard-hitting economic slump. 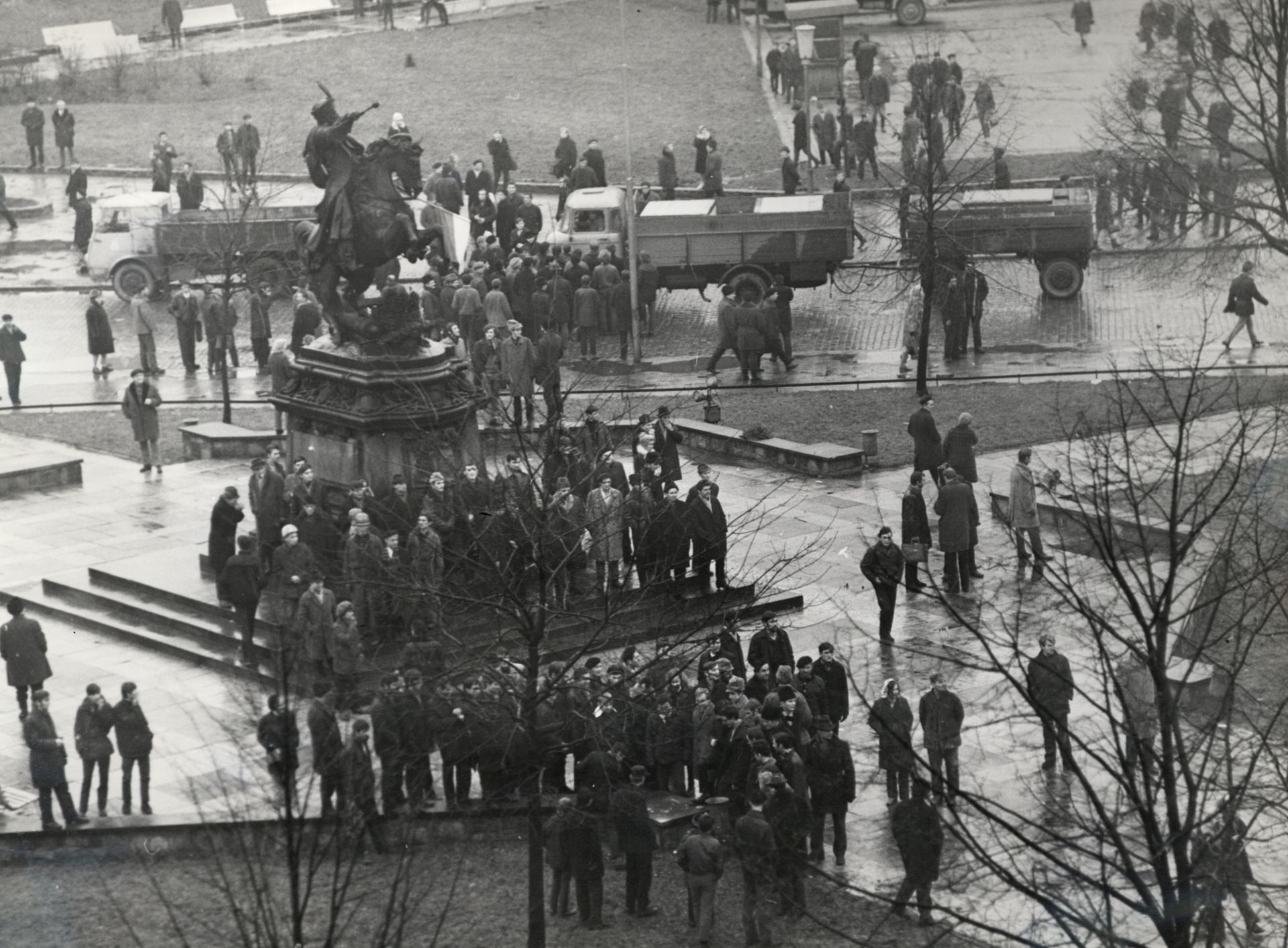 Thousands of workers downed their tools and held protest marches.IPN

By the afternoon the demonstration numbered over 10,000, with angry protestors storming the regional Party headquarters, setting fire to its printing press and smashing windows.

Other skirmishes saw cars being set alight and newspaper kiosks being vandalised. 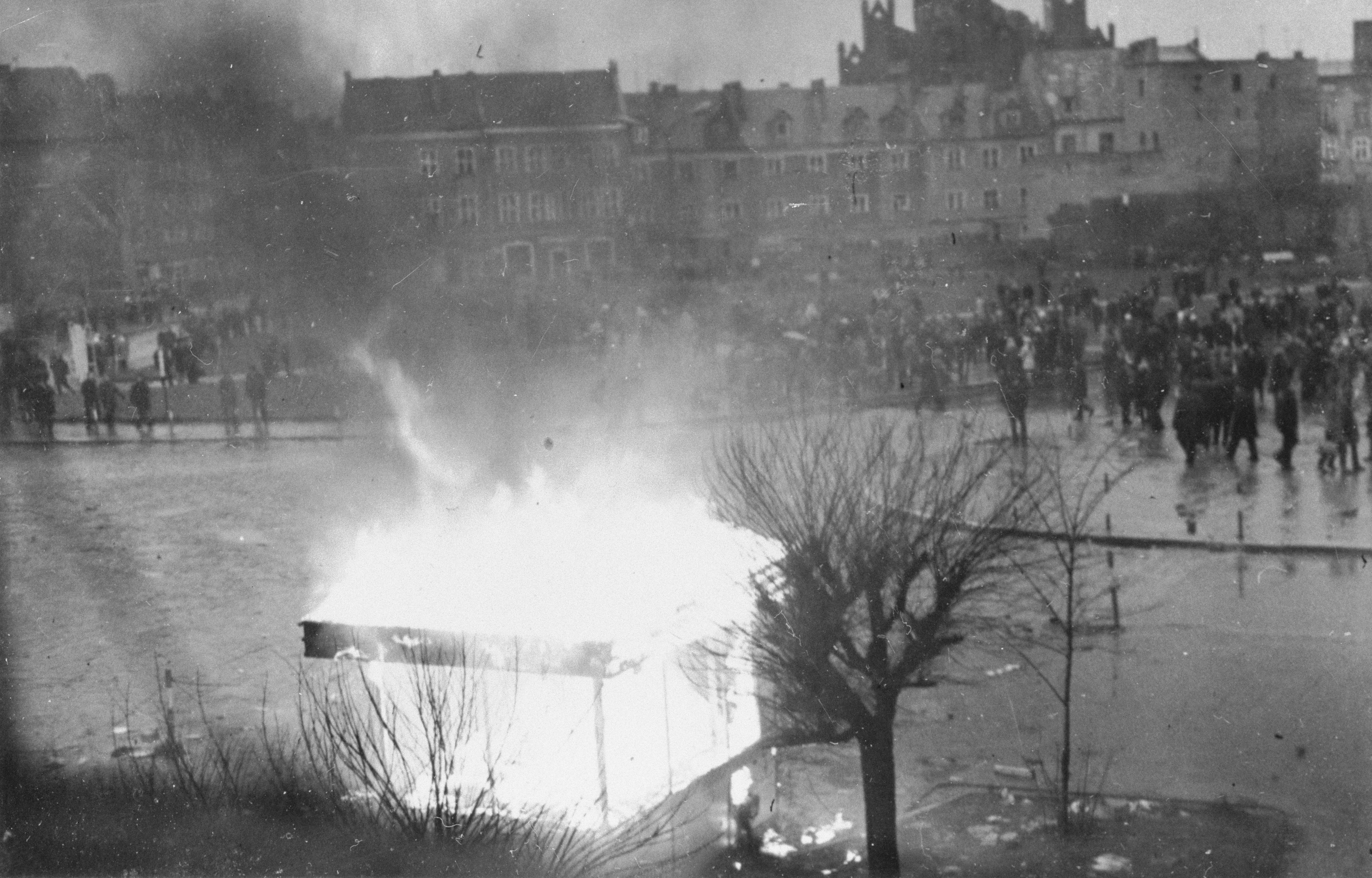 One of the most notable atrocities of the state’s repressive apparatus was the firing at innocent workers leaving a train in Gdynia to go to work in the morning of December 17, 1970.PAP

The unrest was too much for the authorities. Armed militia units attacked the crowd with tear gas and brutally pacified the demonstrators, who over the next few days fought for their rights, not only in Gdańsk but in other port cities, notably Gdynia and Szczecin.

Armed militia confrontations with the protestors led to the deaths of around 40 people, while over 1,000 people were injured.

One of the most notable atrocities of the state’s repressive apparatus was the firing at innocent workers leaving a train in Gdynia to go to work in the morning of December 17, 1970. 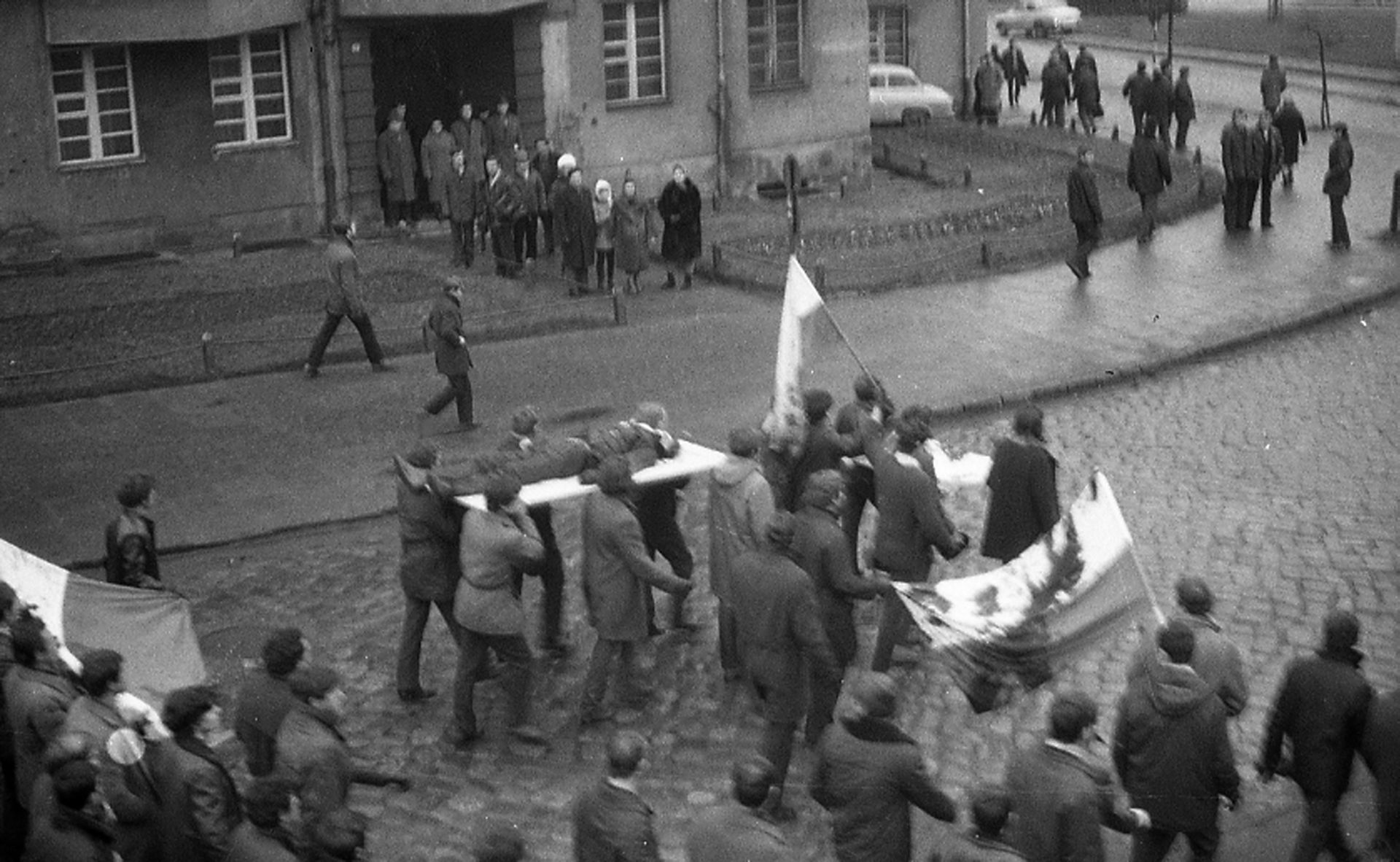 Protesters carry dead body of Zbigniew Godlewsk on a stretcher made from a door after massacre of 42 workers in Gdynia.IPN

The economy in Poland had been slowing down throughout the 1960s, with a drop in foreign investment, a decline in production and – most importantly – a lack of everyday goods becoming commonplace throughout the country.

According to official statistics, in 1969 Poles spent an average of 1.5 hours a day standing in line for essential goods.

Without any innovative ideas on how to save the economy in sight, on December 12, 1970, the Party Central Committee slapped a price hike on many foodstuffs, such as meat (18 percent), flour (17 percent) and fish (12 percent), as well as on coal, by 10 percent. With Christmas around the corner, the rise in prices added fuel to an already disgruntled society which was by this time in a pinch. 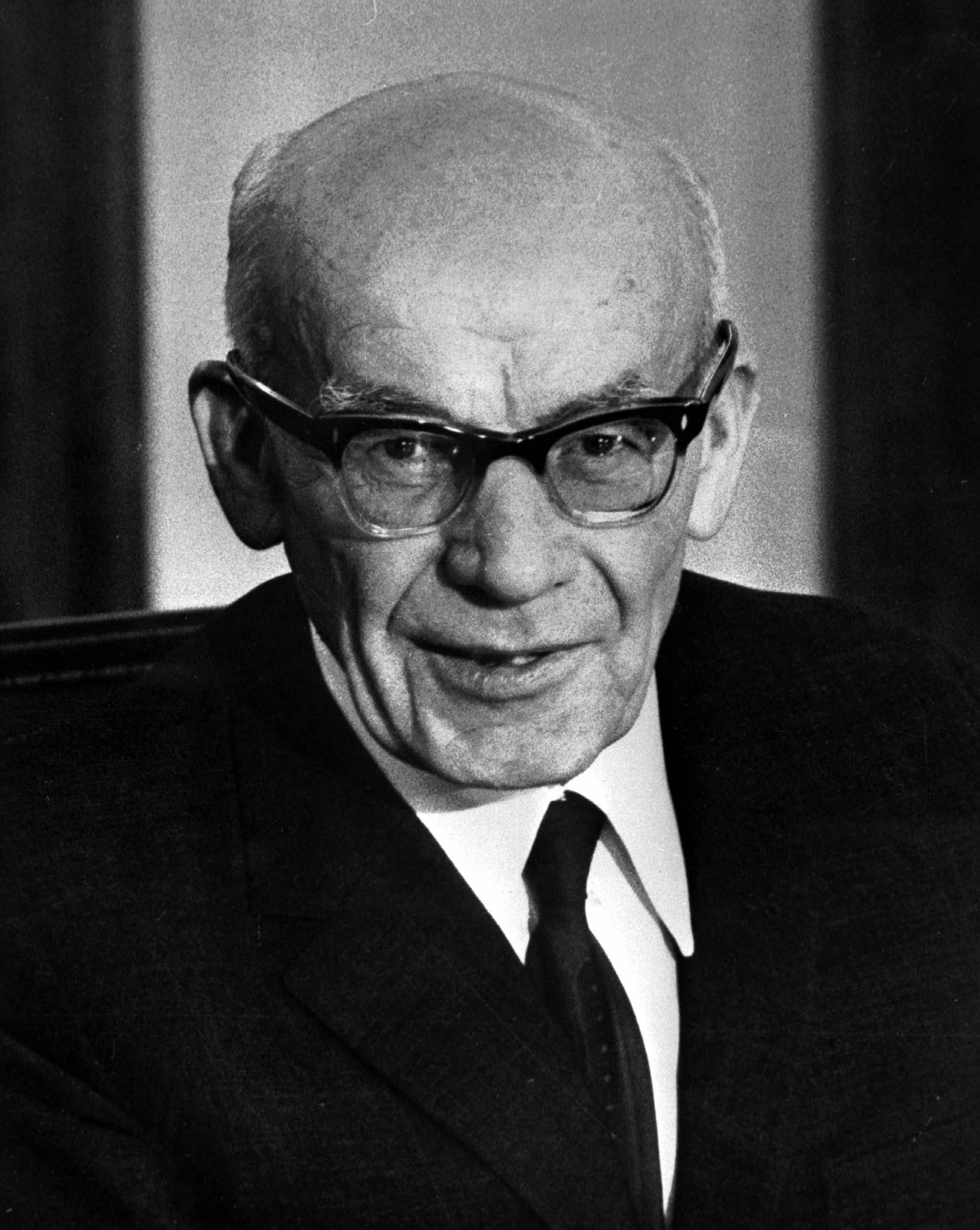 The strikes led to the dismissal of Communist leader Władysław Gomułka.PAP

The strikes led to the dismissal by Moscow of Władysław Gomułka, and a younger leader, Edward Gierek was put in his place.

Himself a worker from the Silesian industrial heartland, he had greater social approval and promised a number of reforms. He headed the Polish United Workers’ Party for the next decade.

The events of 1970 are said by historians to have helped Polish workers in establishing trade unions, with the Solidarity trade union being formally recognised a decade later in August 1980.