What would Warsaw be like if it had not been destroyed in World War Two and Poland had not been occupied by the Soviet Union?

This is the question that urban planning and city strategy expert Krzysztof Ruciński asked himself when he moved to Warsaw in 2017.

To find the answer he and a group of like-minded urban development enthusiasts created a computer simulation that shows Warsaw as if it had emerged from the war largely intact.

But what they have created is not just an online sim of pre-war Warsaw showing all the former tenement buildings and the city’s previous street plan. 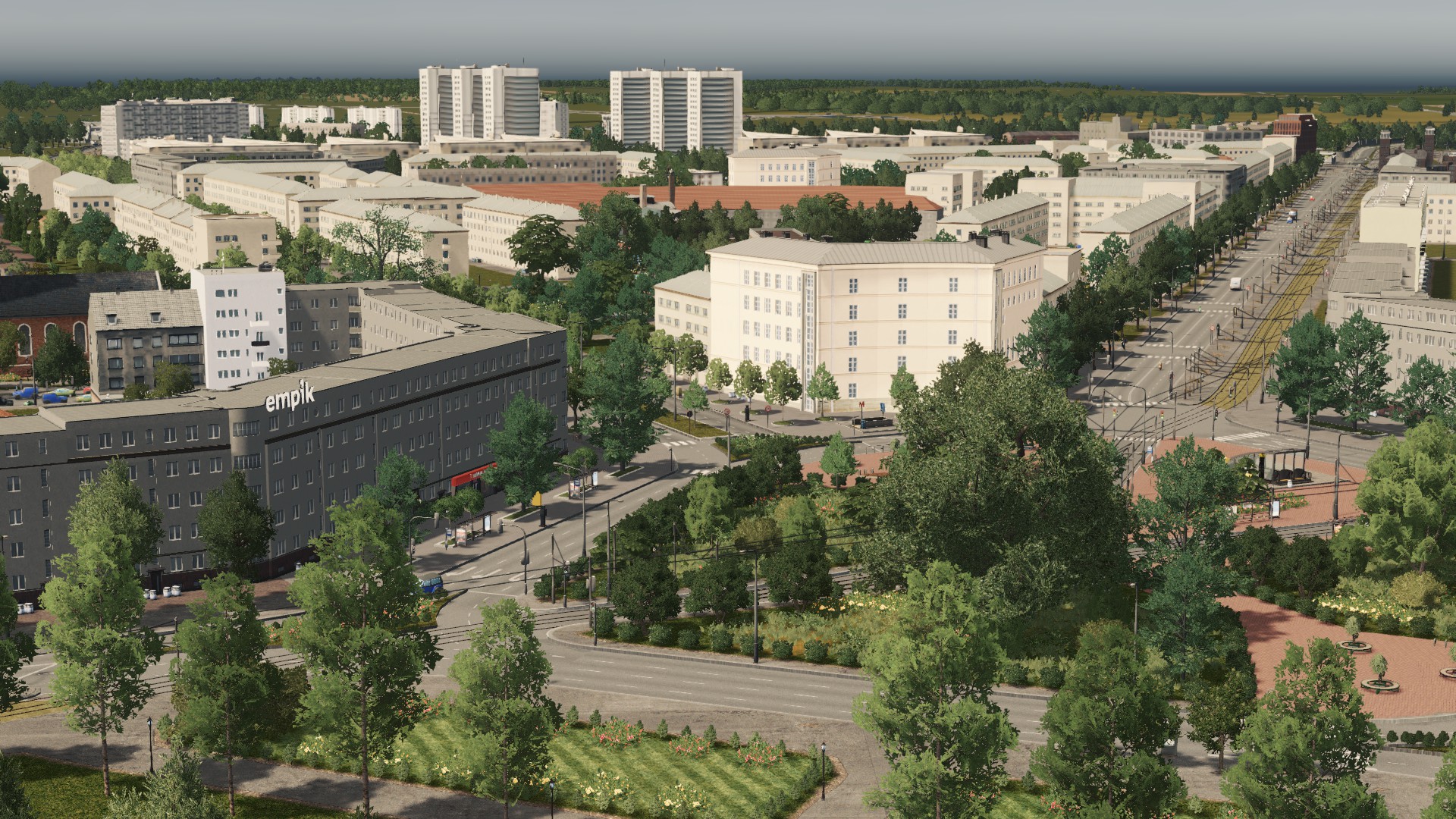 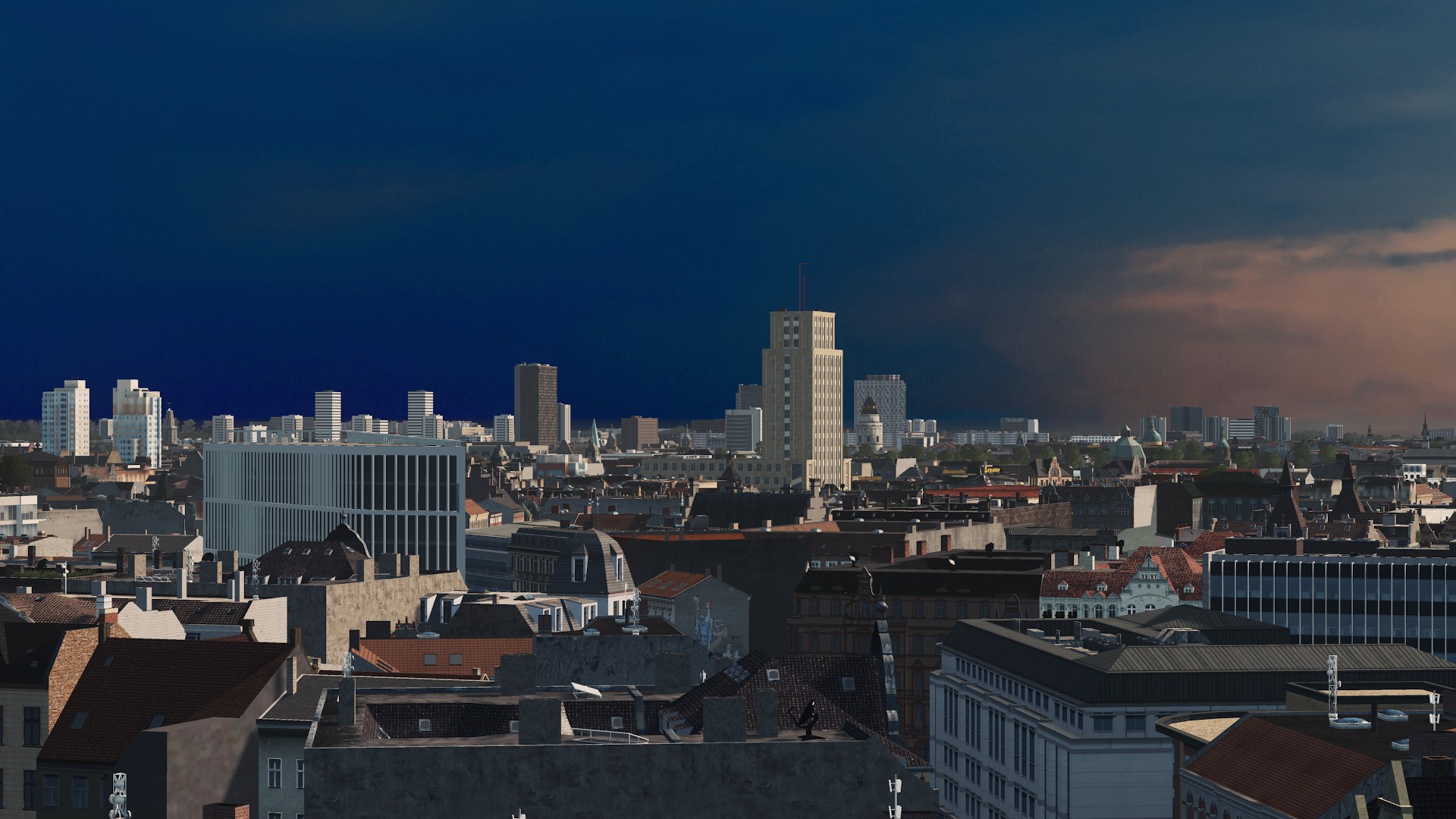 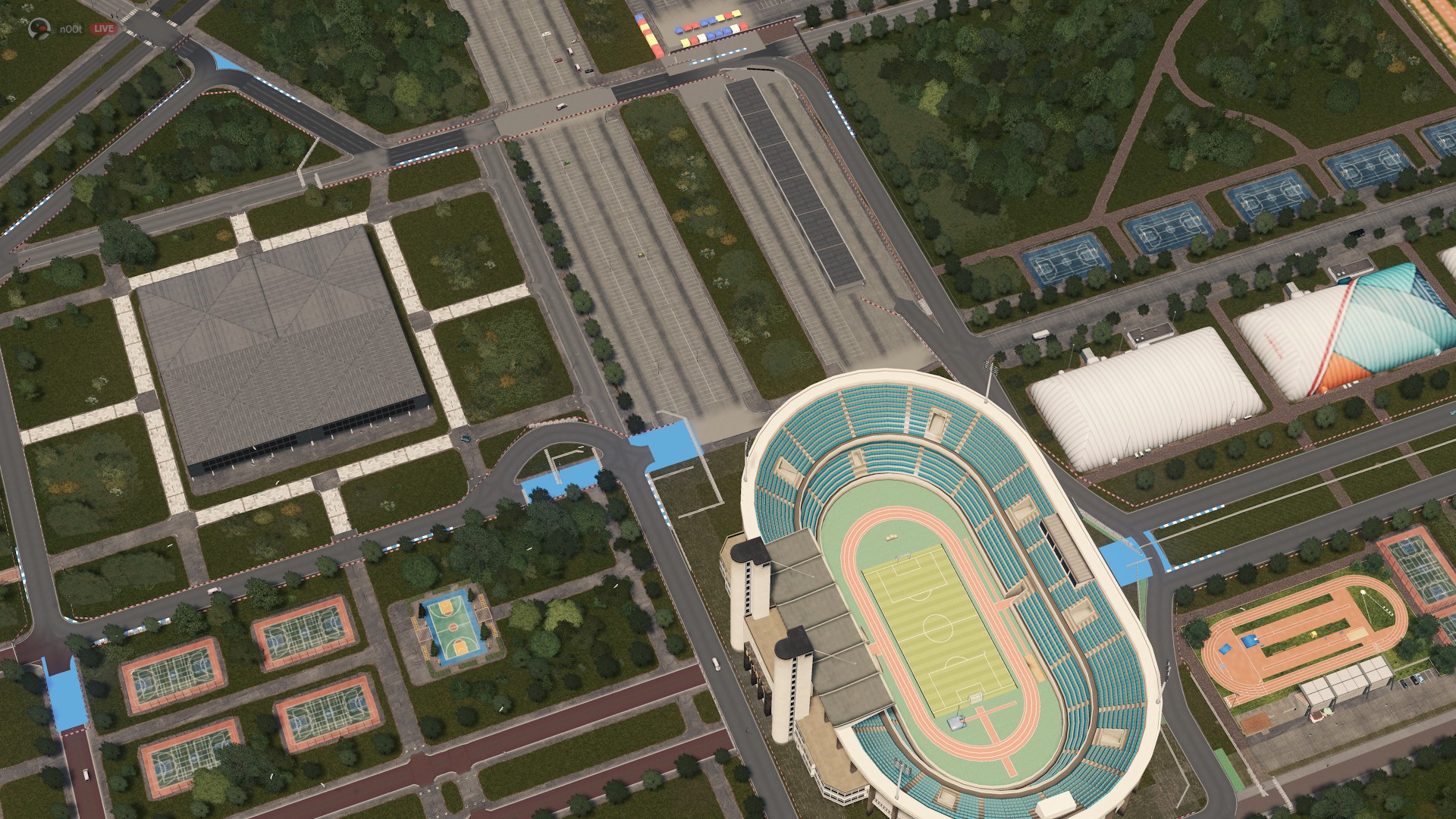 The city they built features 1960s’ social housing estates and 1980s’economic-boom office buildings. It also has its own Olympic Village from an imagined games in 1968.Krzysztof Ruciński/n00t

Instead they have built Warsaw as if it had been part of the West for the last 75 years, showing how waves of post-war development that affected Western European cities would have affected Warsaw too.

Though the sim uses the city-building computer game Cities: Skylines, it is much more than a game. The project takes a deep dive into economics, social issues and urban planning.

The gamers imagined the results of post-war elections and the effect they would have had on urban planning.

The city they built features 1960s’ social housing estates and 1980s’economic-boom office buildings. It also has its own Olympic Village from an imagined games in 1968. 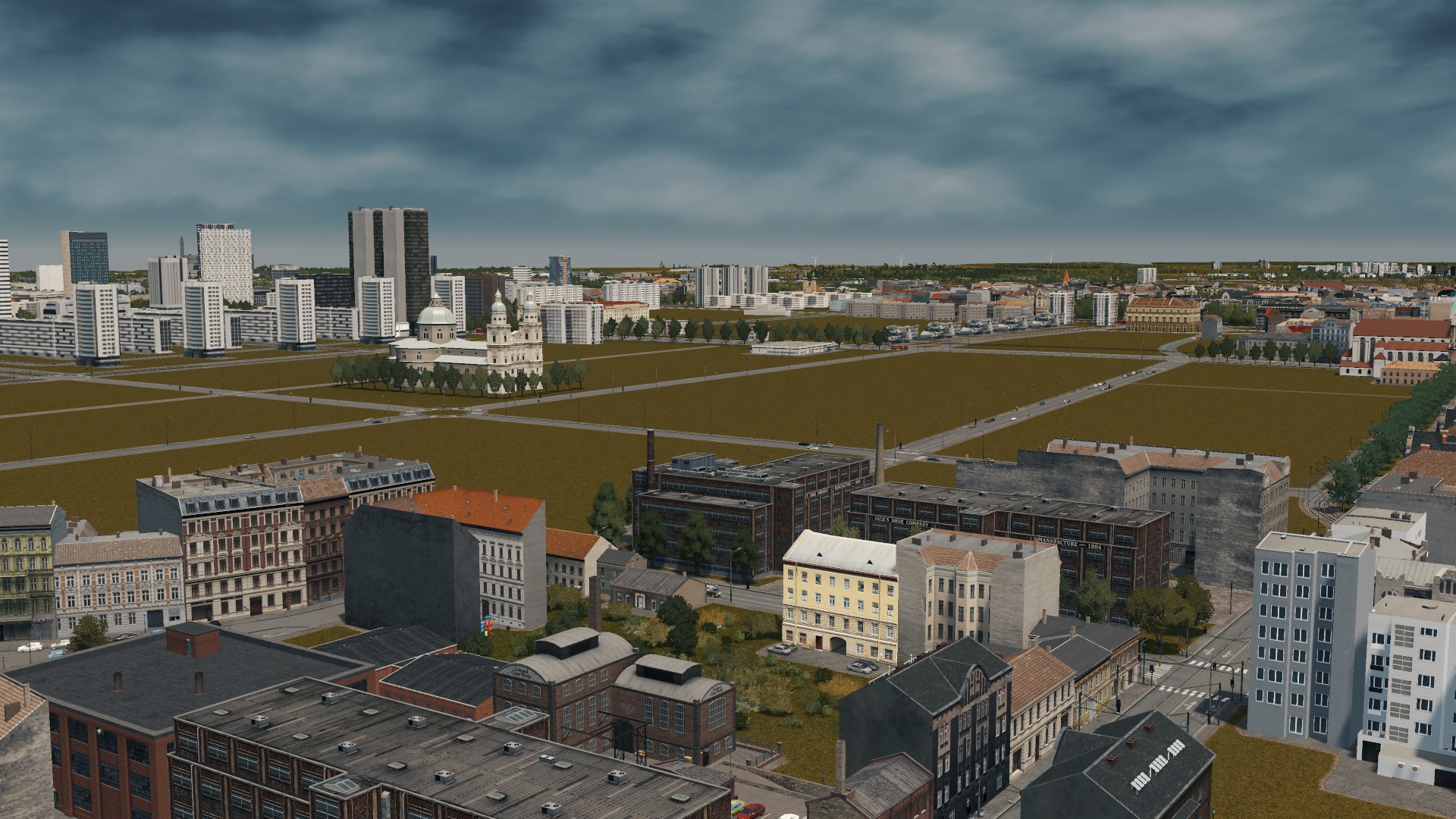 In the sim, the Holocaust still happened and the Warsaw Ghetto was reduced to rubble. However, there were more Jewish survivors and they still owned land in Warsaw. It meant that they played an active role in how the Jewish district was rebuilt.Krzysztof Ruciński/n00t

Ruciński told TFN: “It is one of the greatest ‘what ifs’. Many people have wondered the same thing, so I thought it would be interesting to follow it through.”

Ruciński was born in Warsaw but moved to Łódź when he was young. Always interested in cities and how they develop, he set up an NGO in Łódź when he was just 16 to improve the quality of urban planning in the city.

When he moved back to Warsaw in 2017, he spent a lot of time walking around the city trying to match what he saw to the Warsaw he knew had existed before the war.

“When I looked at old maps and photos, I couldn’t even imagine where things were. 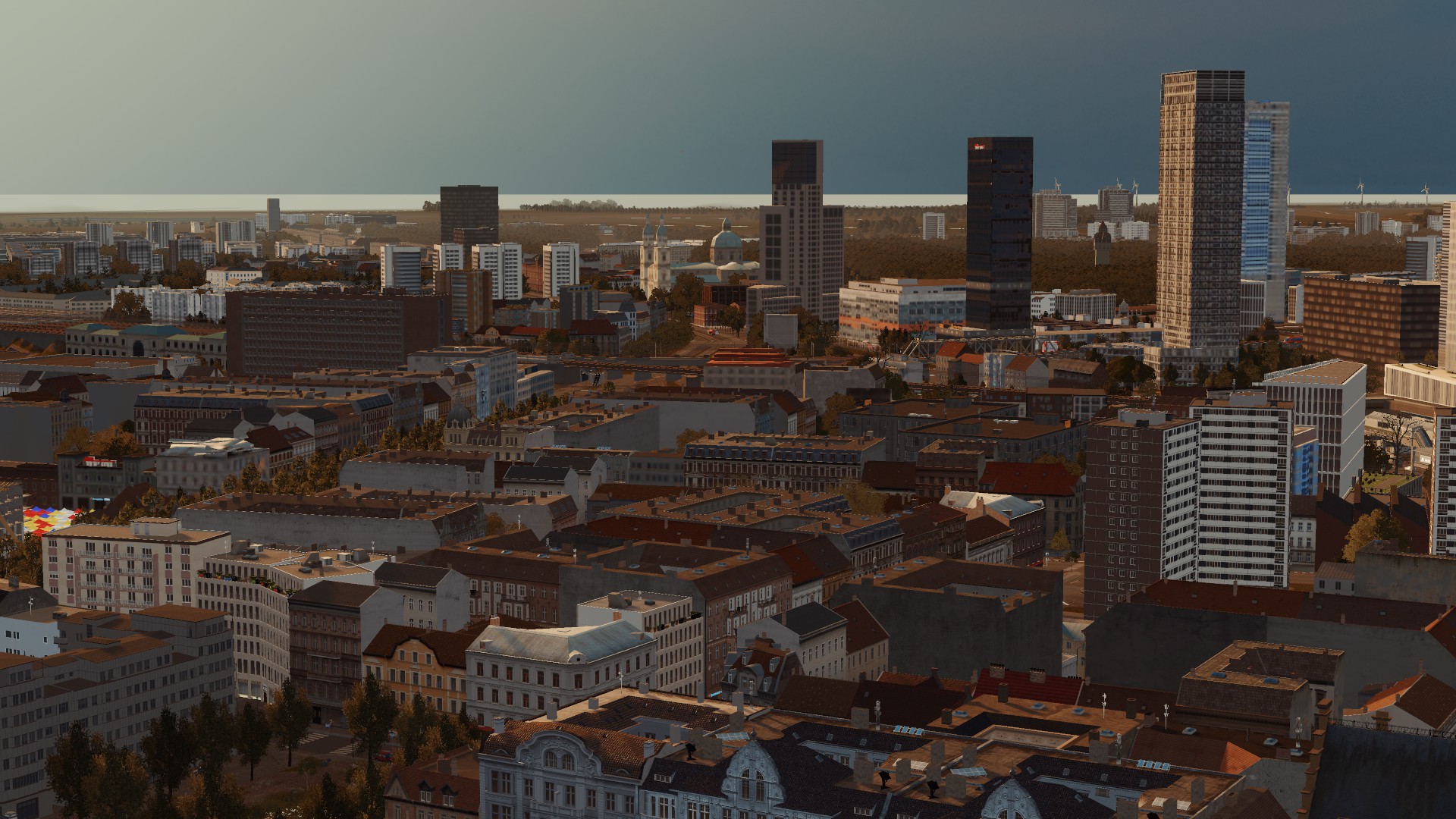 Though the sim uses the city-building computer game Cities: Skylines, it is much more than a game. The project takes a deep dive into economics, social issues and urban planning.Krzysztof Ruciński/n00t

“I was also playing Cities: Skylines, a great game for building virtual cities. So I thought why not just take some old maps and start to create the city. It started around one year ago and it has grown organically.

Warsaw had been badly damaged during the German invasion and siege of the city in September 1939. It also suffered damage in Soviet air raids, mainly in 1943.

Most of the destruction, though, took place during and in the period after the Warsaw Uprising in 1944.

By the time the Germans finished their deliberate destruction of the city, street by street, building by building, around 85 percent of the buildings had been destroyed. 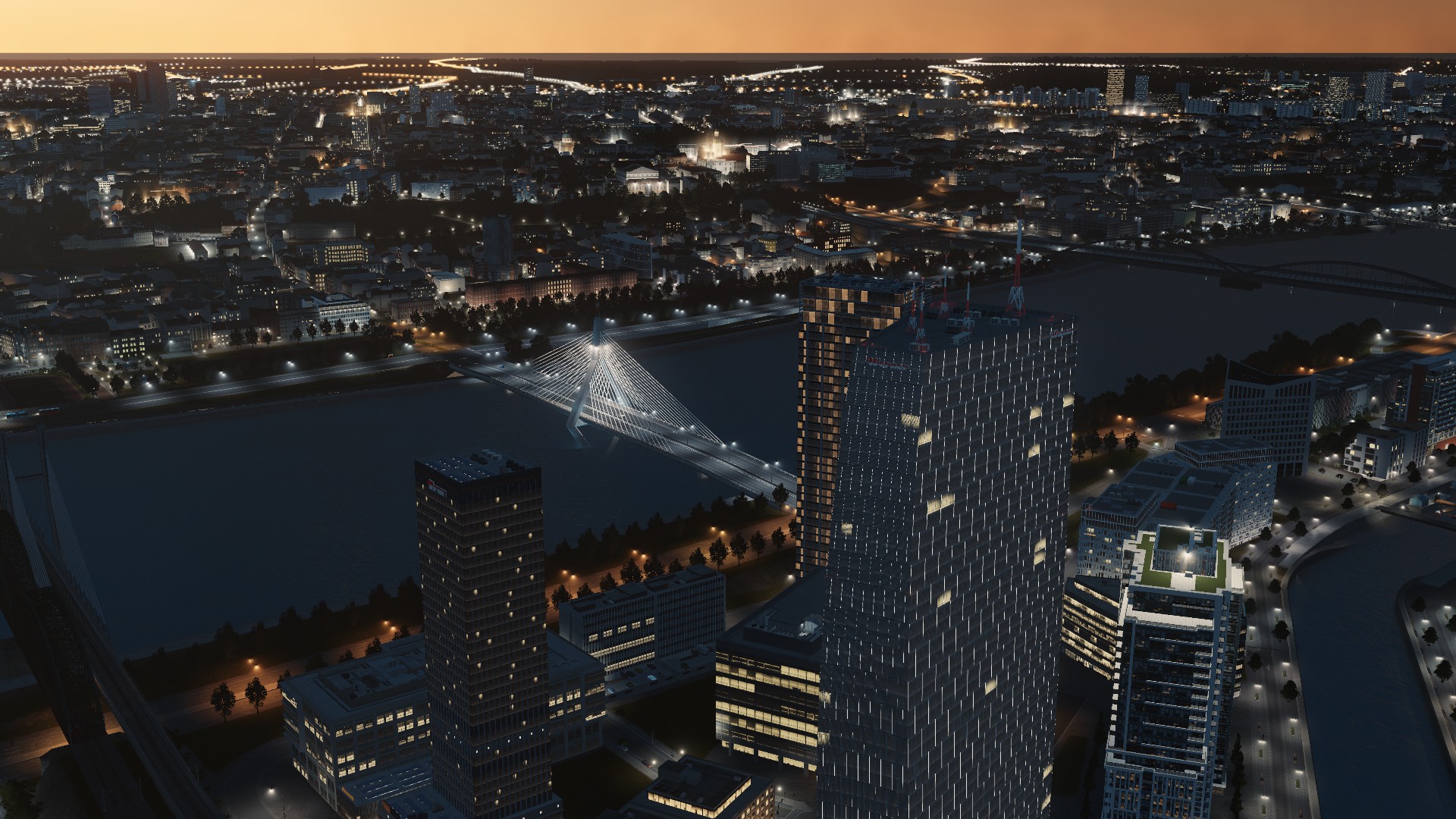 The gamers imagined the results of post-war elections and the effect they would have had on urban planning.Krzysztof Ruciński/n00t

If this were not bad enough, post-war communist planners took the wrecking ball to large numbers of buildings that could have been patched up, or in many cases had in fact been rebuilt by private owners, to make way for grandiose socialist projects.

For their simulation, Ruciński’s team made some bold assumptions. First, that Warsaw had indeed been attacked and occupied in 1939.

“The damage at that time was significant but could have been repaired,” Ruciński said.

Next, the war ended when the Red Army was still far to the east of Warsaw.

“The Germans capitulated earlier, so the Warsaw Uprising was not necessary,’ he added.

Crucially, as after the First World War, this left a space for Poland to emerge as an independent country, though firmly in the Western camp.

“In a sense, it is a continuation of the Second Republic,” he says.

Some projects that were planned before the war but were never implemented can be seen in the sim. These include the Piłsudski District, a large area of government buildings on today’s Pole Mokotowskie. 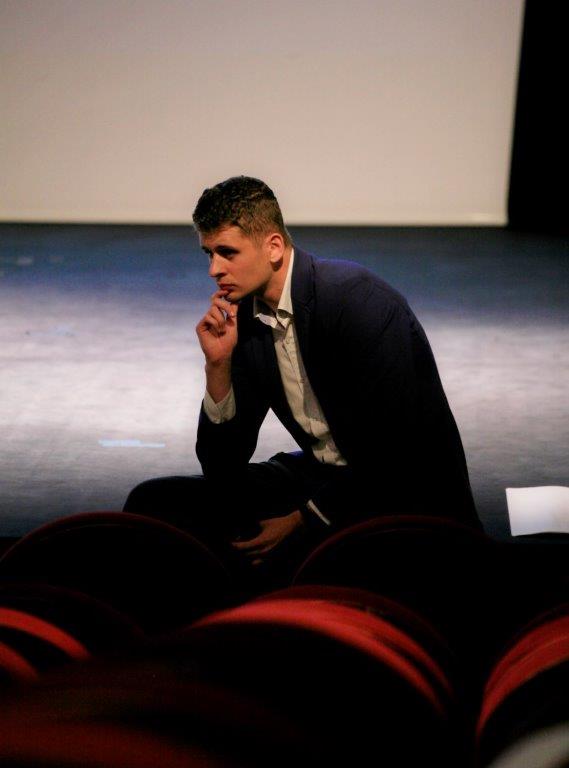 Creator Krzysztof Ruciński told TFN: “It is one of the greatest ‘what ifs’. Many people have wondered the same thing, so I thought it would be interesting to follow it through.”Krzysztof Ruciński

However, the whole project was not implemented due to imagined budget constraints in the aftermath of the war.

Other projects that we know today are missing, such as the tunnel under the Old Town. In the sim, the tunnel actually starts near the Saxon Gardens and finishes at Karowa street.

In today’s Warsaw, transport is quite efficient compared to many clogged up Western European cities due to its wide post-war thoroughfares.

“One of the biggest things in the project was cars and transport. Before the war the streets were very narrow and not suitable for cars,” Ruciński said. 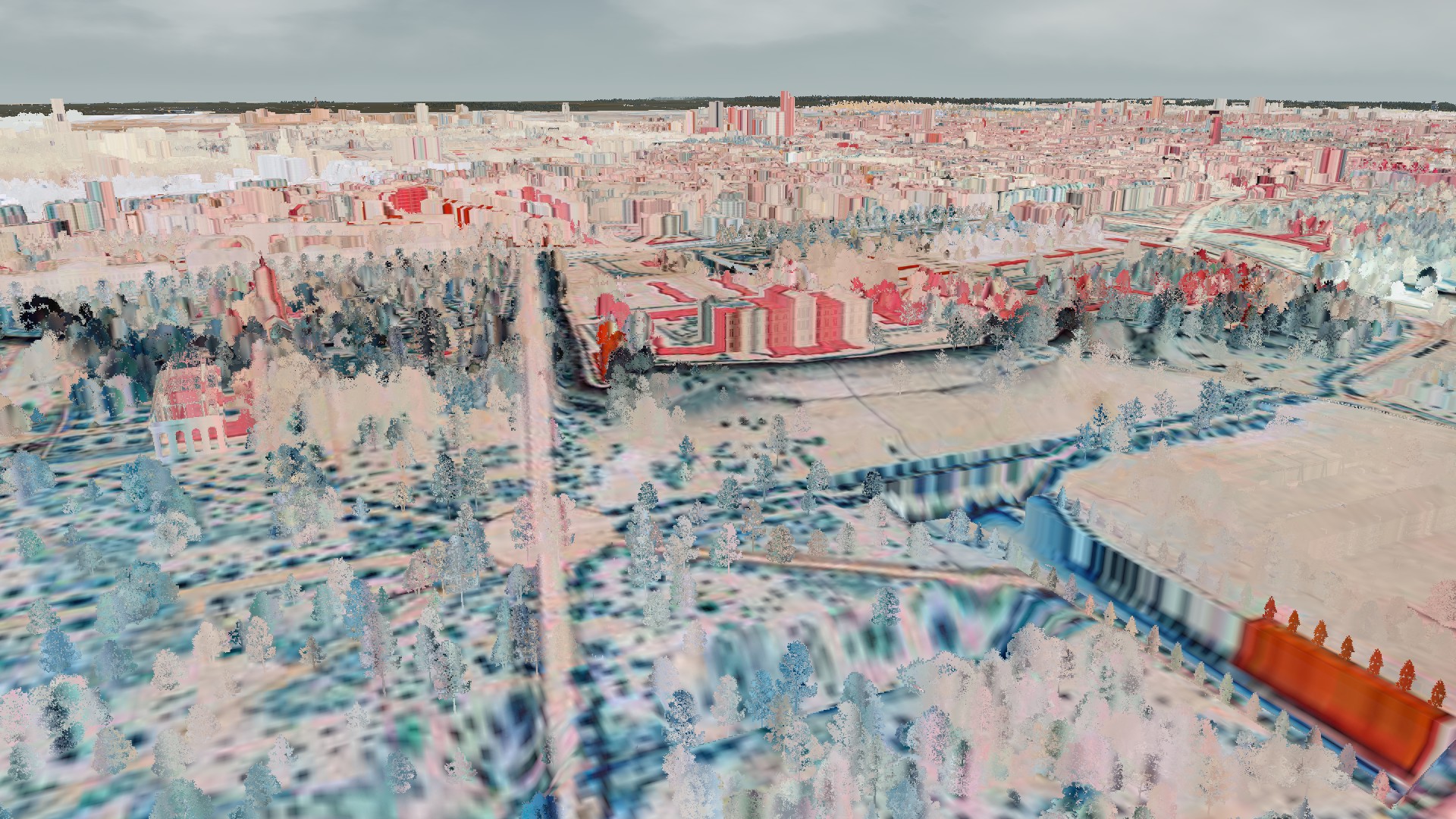 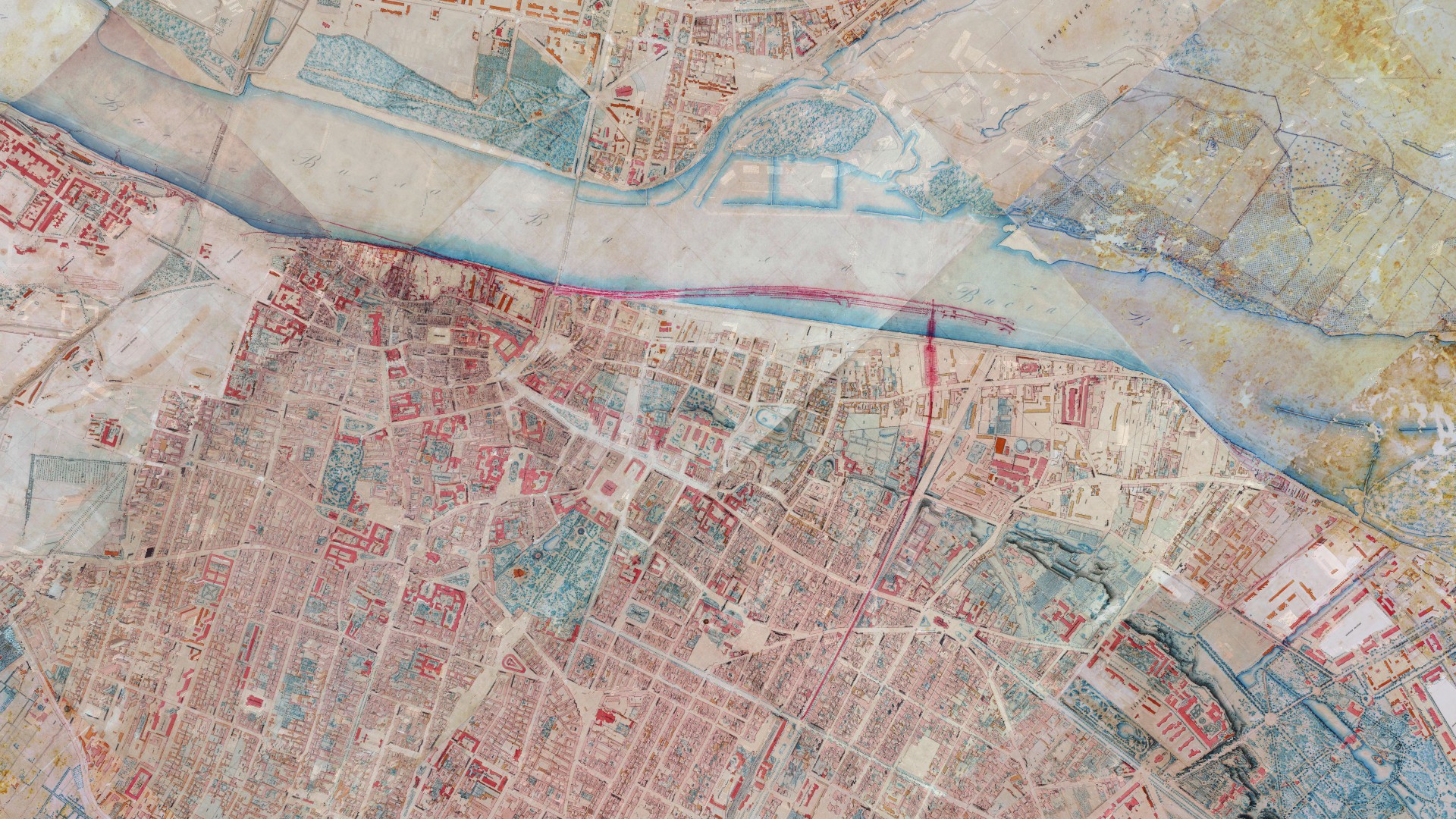 “Also, in our simulation the land in Warsaw was not nationalised so it still belonged to its pre-war owners, so large-scale projects were not possible,” he added.

In the sim, the Holocaust still happened and the Warsaw Ghetto was reduced to rubble.

However, there were more Jewish survivors and they still owned land in Warsaw. It meant that they played an active role in how the Jewish district was rebuilt.

“We imagined that some Jews went to the US after the war and became property developers. They came back to Poland and built in the former ghetto. We even used some of the designs of Jewish developers from the 1950s,” he said.

Today’s national stadium does not exist. But the Legia stadium is there. There is also an Olympic village from the 1960s.

Some well-known locations look similar, but at the same time different, such as Pl. Wilsona.Krzysztof Ruciński/n00t 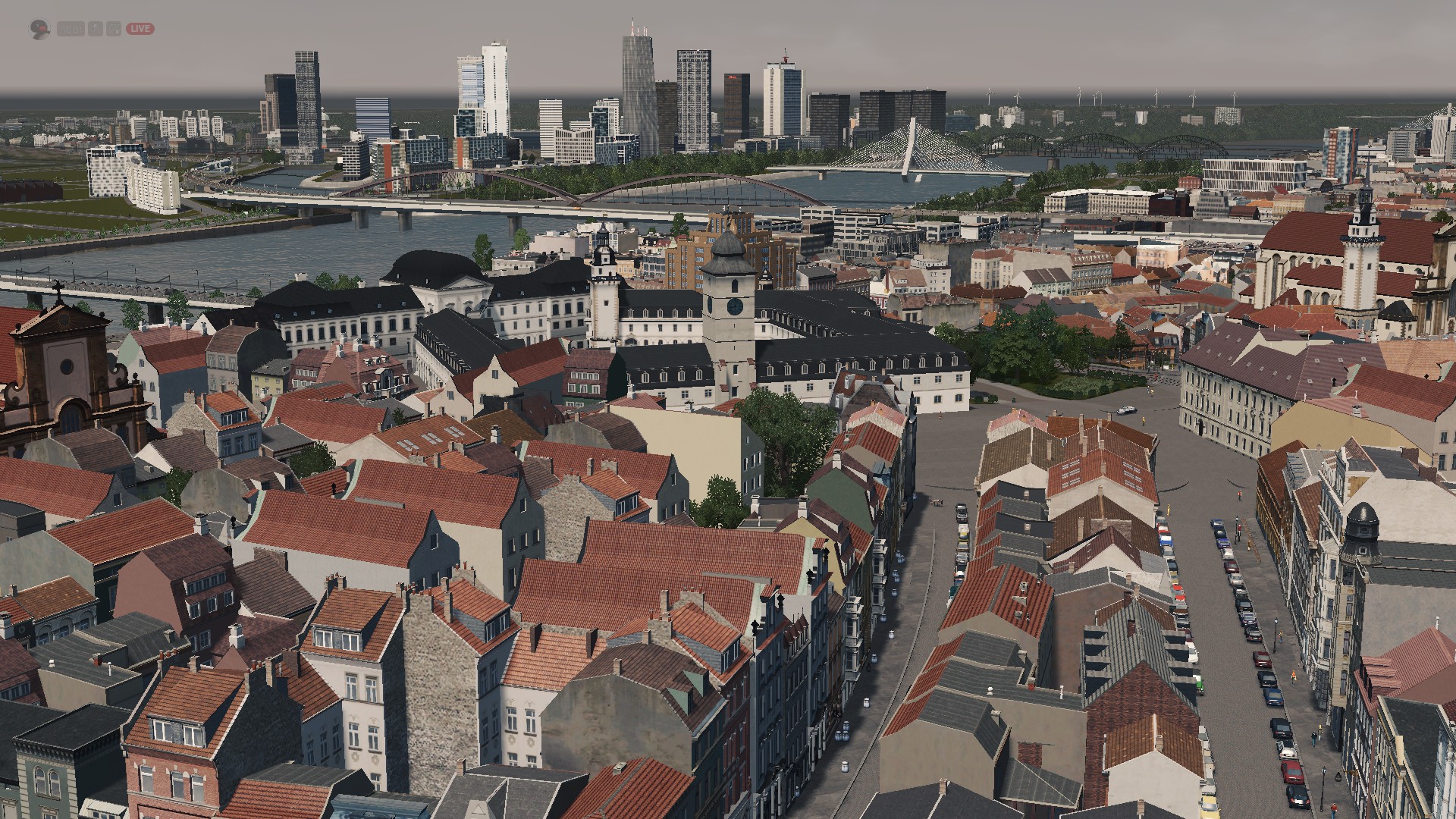 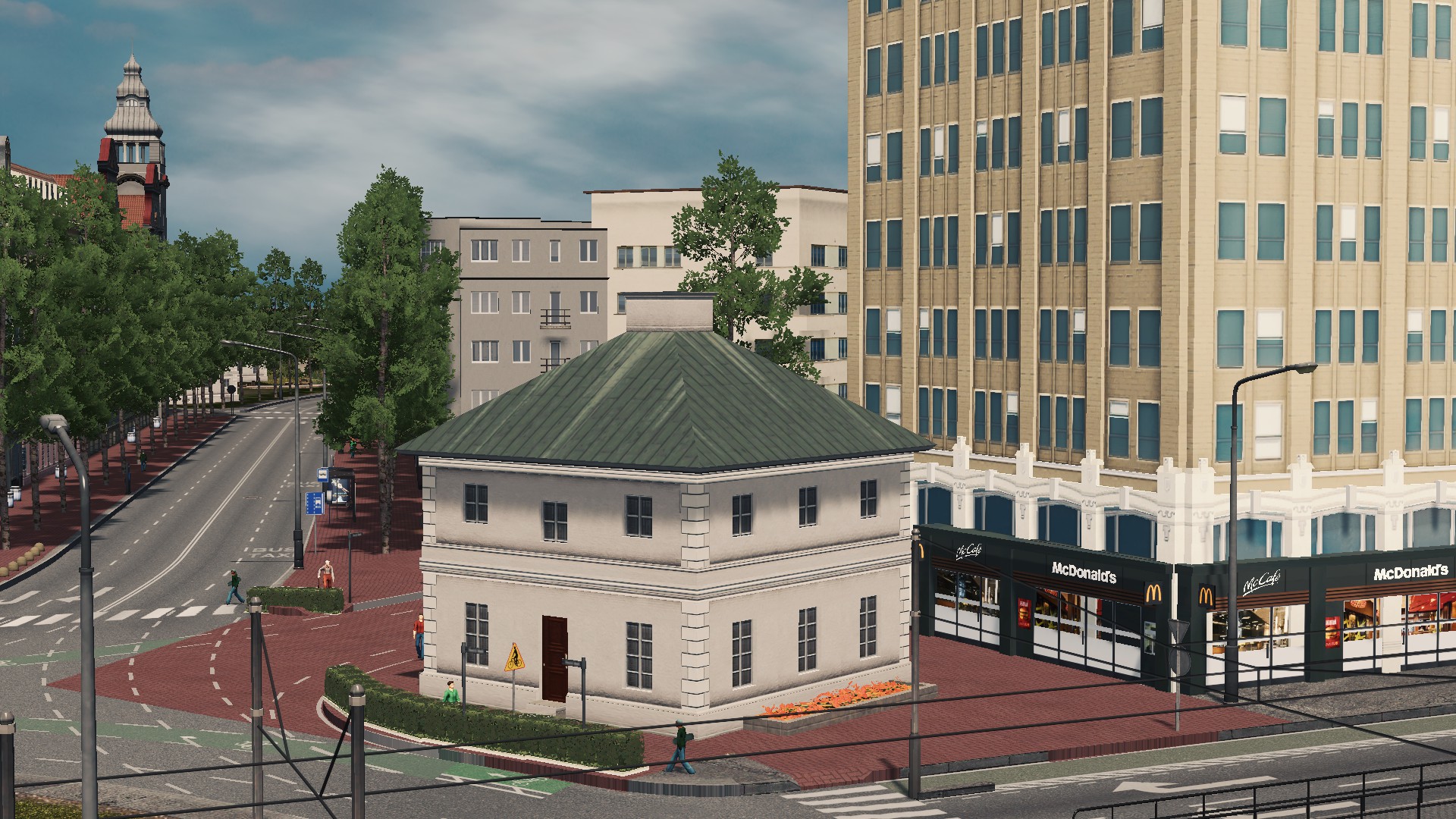 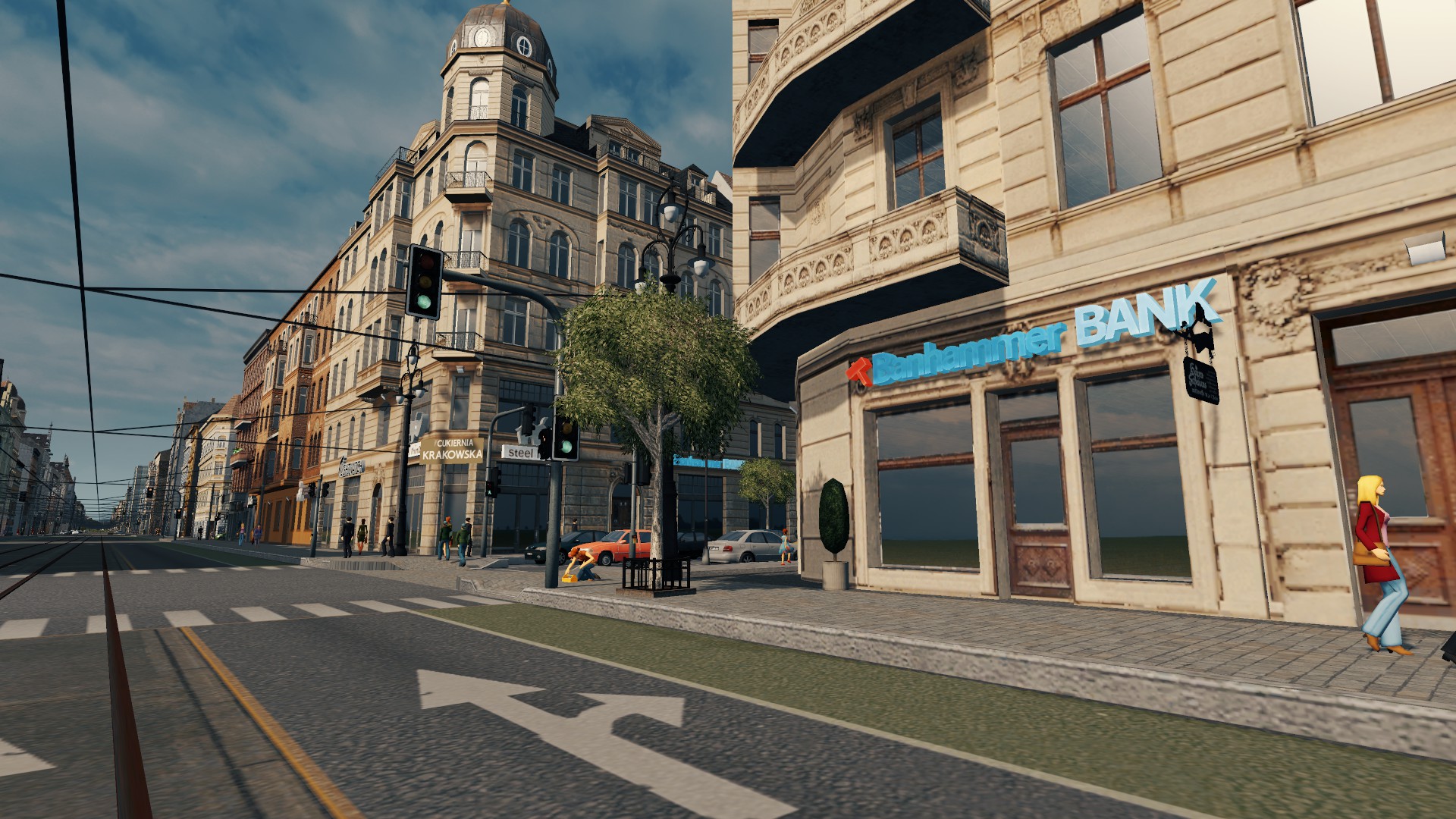 “As is typical with World Cups and Olympics, there was a lot of development leading up to the opening of the Olympics. For example, metro stations.”

Those who want to see the full sim with all its moving parts will need to buy and install Cities: Skylines.

Ruciński says that it is a multiplayer game, so anyone can come and build something.

“You don’t need to have special knowledge of Warsaw or Poland. In fact, it often happens that architects and developers come from abroad and build without knowing much about the local history”.