In a heartfelt message posted on her Facebook page, the 29-year-old Wimbledon finalist told her fans: “Today, after 13 years of playing tennis competitively, I have decided to end my career.

"Unfortunately, I am no longer able to train and play the way I used to, and recently my body can't live up to my expectations.

"I'm hanging the racket up and say goodbye to the pro tour, but I'm not leaving tennis." 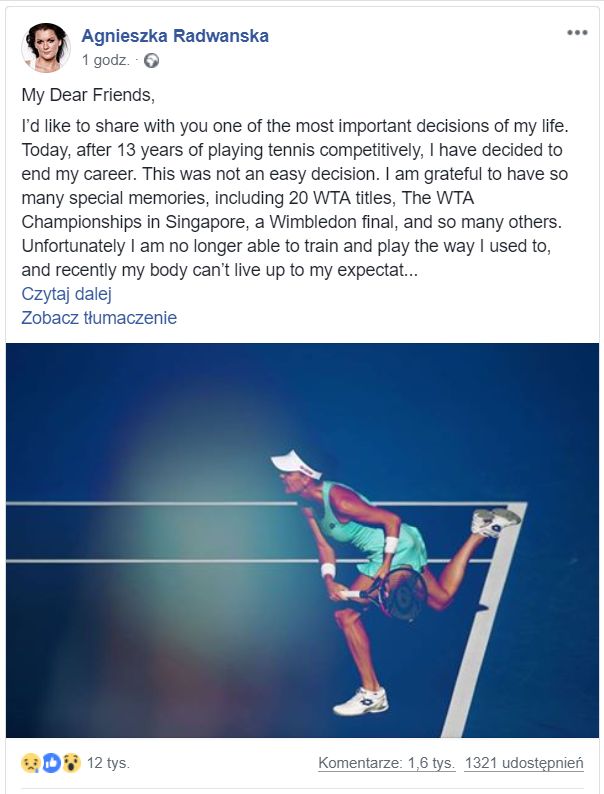 Radwańska announced her retirement on Facebook where she told fans: “Taking into consideration my health and the heavy burdens of professional tennis, I have to concede that I’m not able to push my body to the limits required.”Facebook

The star who won twenty singles titles during her career and who was once rated no. 2 in the Women Tennis Association (WTA) ranking, has had a disappointing year following a series of failures in the game and injuries.

Last year she complained of health problems and this year fell to 75 in the world ranking after starting 2018 in the top 30.

She said: “Taking into consideration my health and the heavy burdens of professional tennis, I have to concede that I’m not able to push my body to the limits required.” 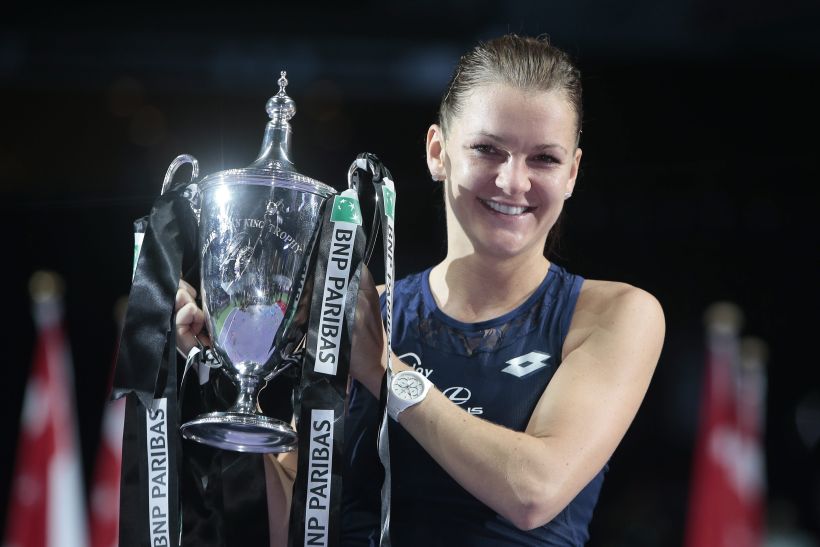 The star won twenty singles titles during her career and was once rated no. 2 in the Women Tennis Association (WTA) ranking.PAP/EPA

She added she was now ready to face “new challenges, new ideas, equally as exciting as those on the tennis court” and thanked her fans for the unswerving support.

She said: “Thank you for every sleepless night in front of the TV and all those Fan Favorite awards – that was the biggest honour and best reward for my hard work. I am truly grateful for having the best and most loyal fans in all of tennis.”

In 2013, Radwańska was awarded the Gold Cross of Merit by the Polish president for representing her country with distinction.