Unmanned helicopters carrying out search and rescue operations in the mountains might seem like something straight out of a sci-fi movie, yet the Polish company Sky Tronic is in the process of making it happen. Difficult terrain and inclement weather conditions prevent aircraft with standard controls from flying. Sky Tronic is developing AI algorithms based on the fuzzy logic principle, which will enable stable and safe navigation regardless of conditions.

Fuzzy logic is a many-valued system which takes into account the occurrence of partial truths. In other words, a statement doesn’t have to be either true or false, but can be any combination of the two. Applying this principle to the calculations made by flight controls lets them predict possible disturbances and dangers before they happen. Circumventing time-consuming calibration procedures, they are faster in providing flight specifications necessary for stable and smooth steering. The additional introduction of object detection systems and intelligent collision avoidance makes unmanned aerial vehicles (UAVs) more dependable.

The Sky Tronic team’s ambition is not just to revolutionize the navigation and utilization of drones. They are in the process of creating an unmanned helicopter, which could transport medical equipment to lost and injured tourists before they can be reached by rescuers on foot, quads or snow scooters. The unmanned prototype aircraft are being practically tested in cooperation with the Mountain Volunteer Search and Rescue Team in the Karkonosze Mountains (Grupa Karkonoska GOPR). Another application for the Sky Tronic’s algorithms is the automation system of Hoverbike Raptors – flying bikes being developed by the Polish Skynamo Aerospace company. The vehicle is a mix of a regular bike and a helicopter, which can hover up to 90 meters above ground. The software provided by Sky Tronic is a safety net which ensures a safe landing in the case of a power loss, while in the air. 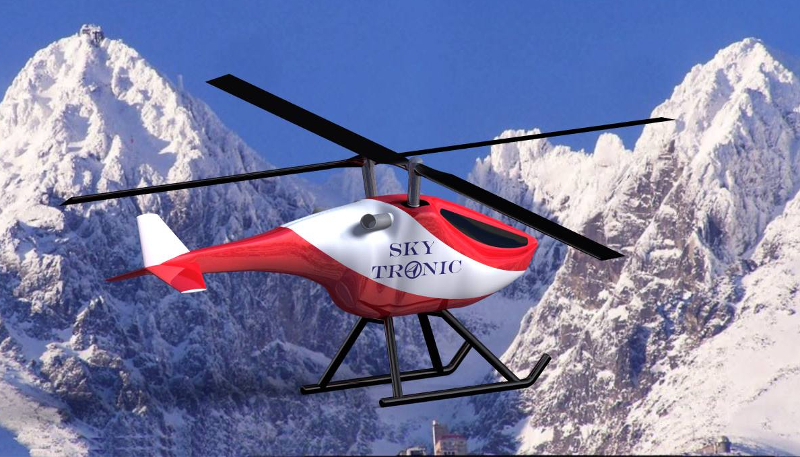 Sky Tronic won the Polish edition of the New Economy Hero 2017 competition for start-ups in the category ‘Internet of Things’ organized by CodersTrust. Moreover, they will represent Poland during the Startup Europe Awards Finals in Brussels this year, as the winners of the Tourism category. Justyna Gudaszewska, a Sky Tronic’s Board member, was named as one of 50 ‘Bold Women’ in Poland 2017 by the Wysokie Obcasy (High Heels) magazine.

Poland’s landscape erupts into colour with spectacular splashes of yellow