Online shopping giant Amazon has come under fire after Christmas tree ornaments, bottle openers and a mousepad showing scenes of Auschwitz death camp where over 1 million people were murdered during WWII appeared for sale on its website.

The tasteless decorations posted alongside festive scenes from other parts of Europe cost around 50 PLN. 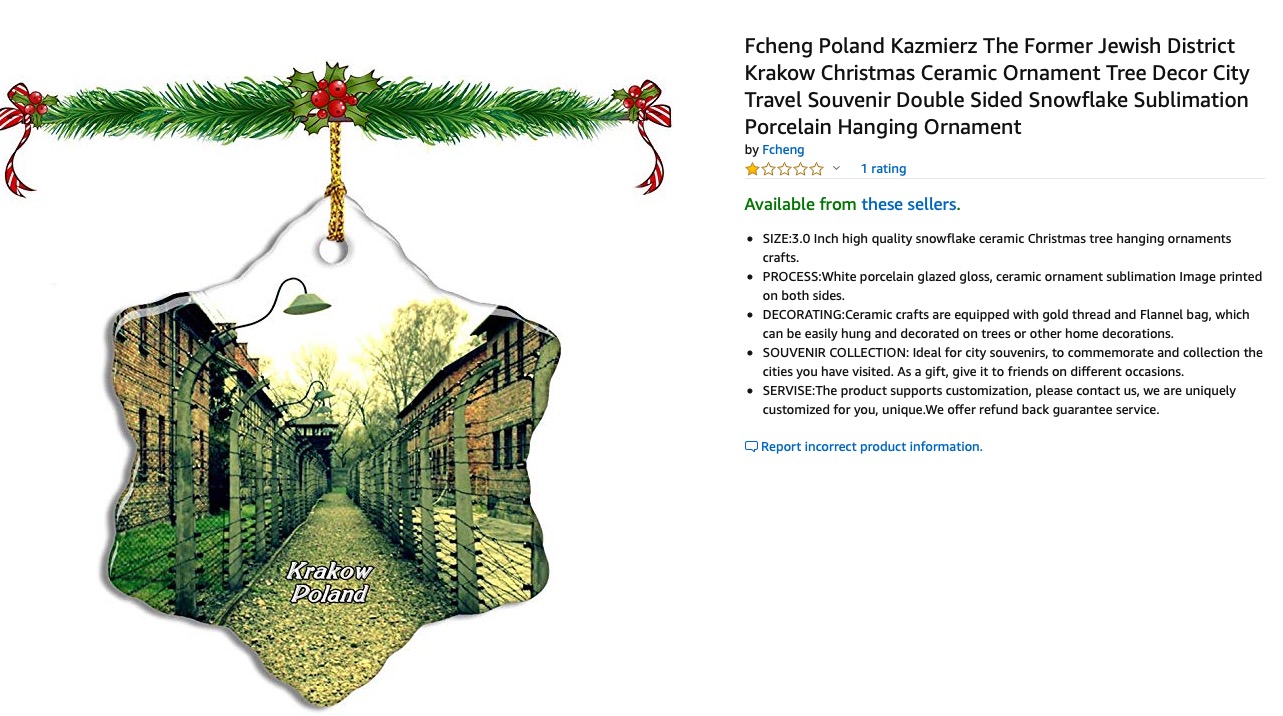 One of the ornaments in the shape of a star shows a picture of barbed wire fences separating barracks inside the camp with “Krakow Poland” written on it. Amazon

One of the Auschwitz ornaments shows the notorious death camp gates and train track leading up to it.

The description beside it says it is a “high quality snowflake ceramic Christmas Tree hanging” ornament. 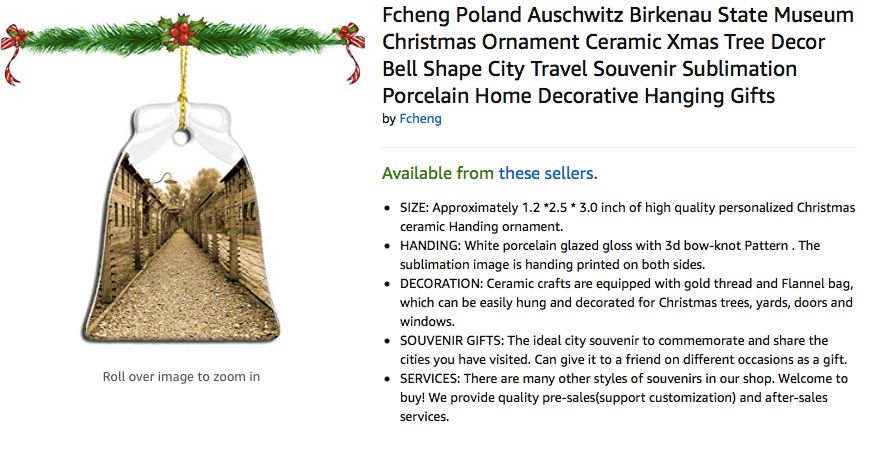 The Auschwitz museum at the former camp slammed the decorations and called for Amazon to remove them.Amazon

Another shows a bell-shaped ornament with a picture of barbed wire fences separating barracks inside the camp.

Yet another in the shape of a star shows the same scene with “Krakow Poland” written on it, as does a bottle opener, while a mousepad shows a train truck used to transport inmates to the camp.

In a Tweet the Auschwitz Museum said the ornaments were “inappropriate.”Twitter

Now the museum at the former camp has slammed the decorations and called for Amazon to remove them.

A tweet from the Auschwitz Museum said: “Selling "Christmas ornaments" with images of Auschwitz does not seem appropriate. 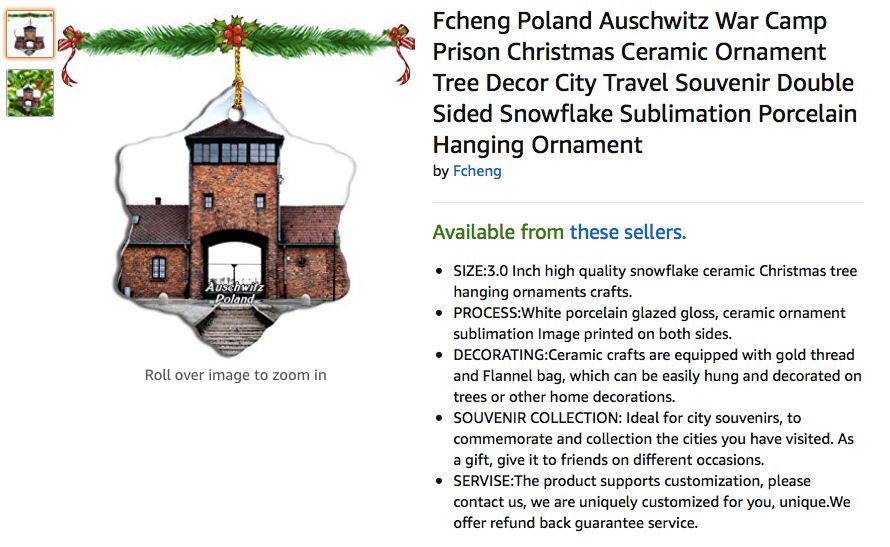 “Auschwitz on a bottle opener is rather disturbing and disrespectful. We ask @amazon to remove the items of those suppliers.”

Outraged Twitter users were quick to turn on the e-commerce giant too. 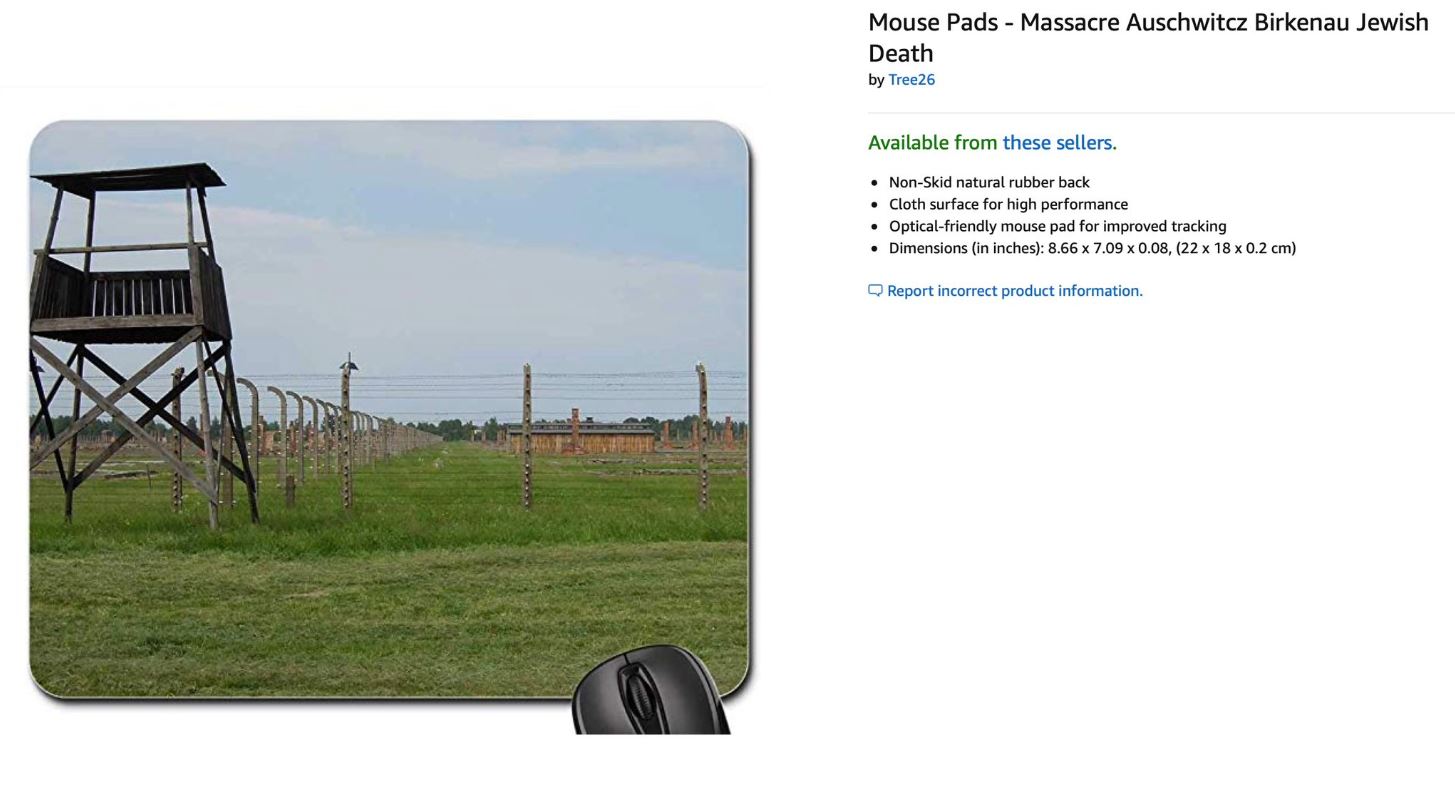 A mousepad showing a guard tower at the extermination camp also appeared on the Amazon website. Amazon

One called Perry Barber posted: “Monetizing the monstrosity that was the Holocaust is disgusting and reprehensible.

“I complained about these items to @amazon customer service, asking that my complaint be forwarded to the appropriate parties, and I'll be watching to see what action, if any, has been taken.”

Another called Siobhan said: “What is wrong with people? Who would buy that let alone make it? 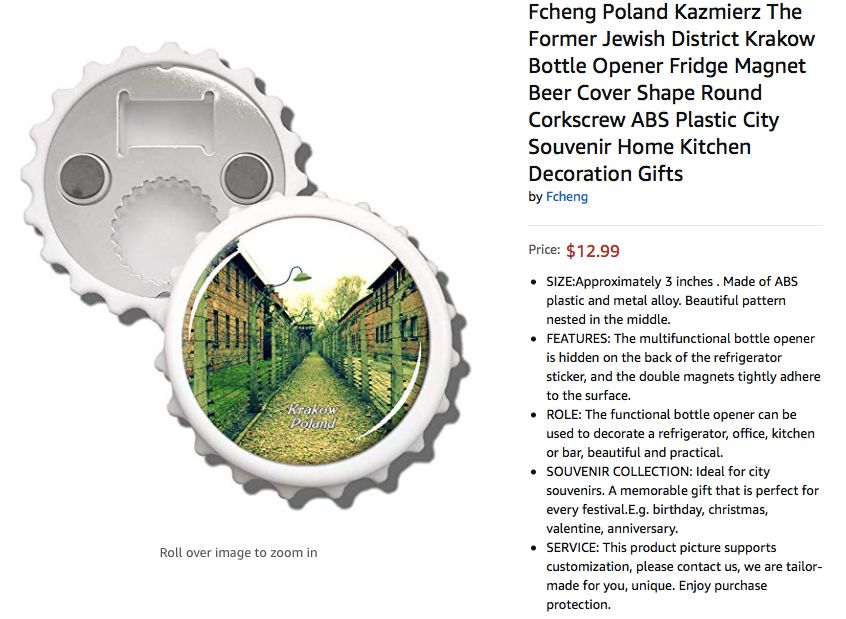 The bottle opener is described as having a”beautiful pattern nested in the middle.”Amazon

Meanwhile, Ray posted: “Why would you want this on your Christmas tree? Why would you even think this is a good idea at all??? This is so ???????”

Amazon has since removed the offending items.

A spokesman said: “All sellers must follow our selling guidelines and those who do not will be subject to action, including potential removal of their account.”