There’s something about Wroclaw, something that enchants and enthralls all those who visit. Ensconced within a wild tangle of ribboning waterways sits an old town of soaring steeples and cobbled courtyards; it’s quintessential Mitteleuropa, complete with teetering tenements and glowering gargoyles

Seeping from every pore, history follows the visitor. As does culture, the arts and even the absurd (for that, refer to the city’s modern-day epidemic of hundreds of gnomes). But there’s more. Almost uniquely for Poland, the town’s natural matrix has connived to present everything you could wish for as a fleeting weekend traveller: great hotels? Check. A burgeoning restaurant scene? Check. And fabulous beer that’s locally produced? Checkity check.

Daft as it might sound, it is the last point that’s drawing a whole new batch of visitors to the gates of the city. “If Warsaw is the political capital of Poland,” announces Grzegorz Ziemian, “then Wroclaw is her beer capital!” Ziemian is more qualified than most to be the judge. Together with his wife, Arletta, the couple quit the corporate rat race to follow their dream of founding a brewery – and both locals and visitors have been thanking them ever since.

Launched in 2015, Browar Stu Mostow has emerged to become one of the leading lights on the country’s booming brewing industry, scooping both awards and recognition at a rapid rate of knots. Discovered in a distant area of anonymous apartments and light industrial facilities, and set inside a lumbering former cinema, it’s in here that the magic happens. Past glinting, space age facilities, beer pilgrims climb the steps to reach a Scandi-style bar from which the brewing process can be watched.

More importantly, it’s where the Stu Mostow portfolio can best be enjoyed. Seeking to ‘redefine the classics’, whilst also collaborating with some of most maverick names in international craft brewing, the brewery’s range is emphatic in scope – from Hoppy Violet Potato Lager to a Pink Guava Sour Saison produced in cahoots with Naparbier of Spain, it’s a choice that says much about the boundaries that have been breached. “The name Stu Mostow, or 100 bridges, isn’t just a reflection of Wroclaw’s reputation as a city of bridges,” says Grzegorz, “we wanted to brew beer that would build the most beautiful bridge of all – between people, cities and countries, and between history, the present and the future.” 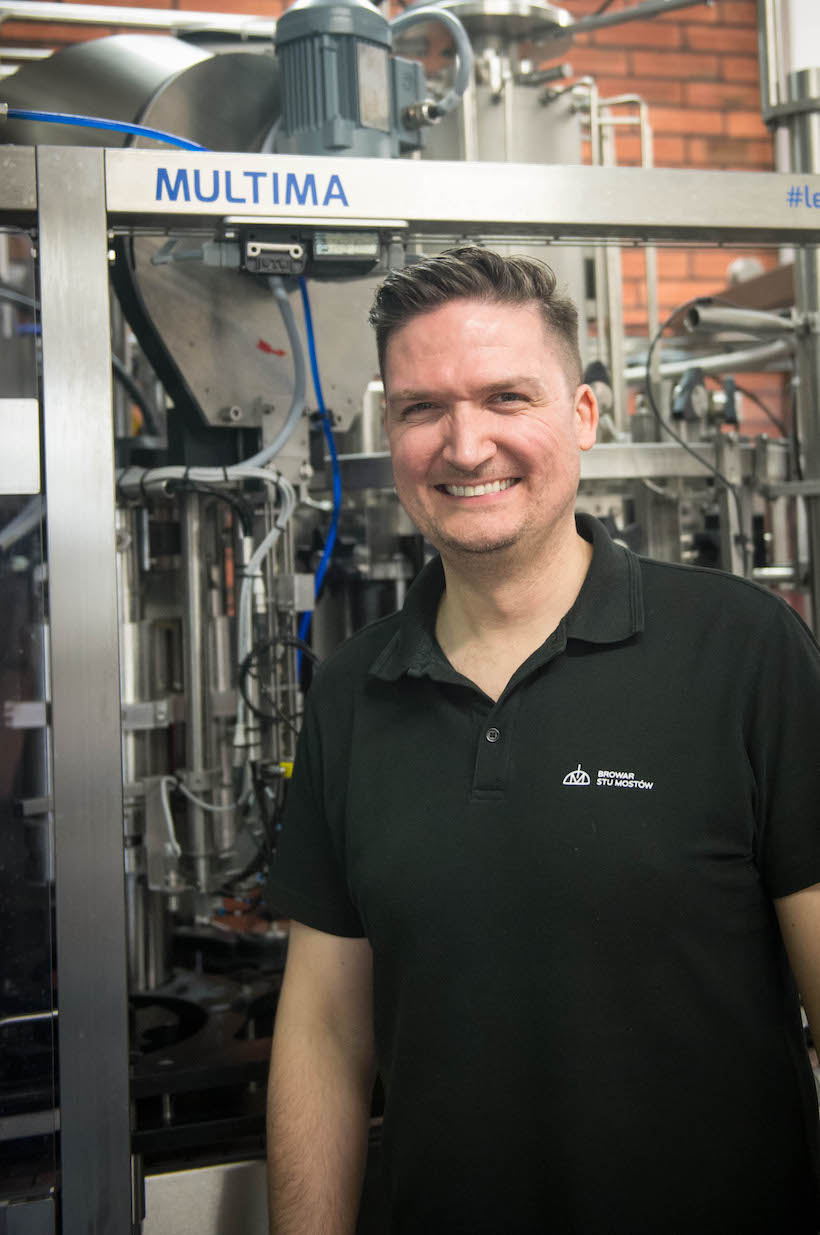 That the Ziemians project would take root in Wroclaw was never in doubt. “This is a city that loves beer,” grins Grzegorz, “brewing traditions here date back to medieval times, with mentions of the use of hops for making beer first appearing in 1255 in a document by Henry III of Wroclaw.” These historical associations aren’t hard to come by. Back in the old town, you couldn’t miss the Town Hall if you tried: slam dunked into the center of the Rynek, this intricate landmark comes festooned with pointy towers and ribald reliefs of beer guzzling merchants.

Naturally, the basement housed a beer hall, CC, with previous guests numbering Chopin, Goethe and even Picasso. Believed to have opened in 1273, it’s survived everything that history has thrown at Wroclaw: from plague and pestilence to war and destruction. What it didn’t survive was an article by the Daily Mail. Shortly after the British newspaper published a glowing piece in 2017 celebrating it as the oldest restaurant in Europe, Swidnicka bolted its doors until further notice.

While WWII presented Piwnica Swidnicka with a challenge, that wasn’t the only conflict that this beer hall has faced. Erupting in 1380, the so-called ‘Beer War’ centred on a dispute between Swidnicka, who were the official source of beer in the city, and some rebel beer-producing monks from the Cathedral Island to the north of Old Town. Essentially involving drunken rampages and other riotous, beery antics, it took a papal edict to put a halt to the violence.

But despite the demise of Swidnica, in many ways it could be said that Wroclaw’s beer culture is approaching full circle. A case in point is provided by Kontynuacja, one of over a dozen craft beer bars that now thrives in the city. As the name suggests, it’s a bar that has sought to build on the heritage of this tenement’s past. Unveiled in 1851 by Konrad Kissling – allegedly the first person in the city to import beer from Bavaria – the Kisslinga pub that once occupied this spot enjoyed a roaring trade all the way up till 1944. It’s at that point the landlord, Kissling’s great grandson, killed  himself having been implicated in Stauffenberg’s failed plot to blow Hitler to smithereens.

Today, under the name of Kontynuacja, the address prospers once more as a mecca for twirly-whiskered beer lovers. The medieval chronicler Jan Dlugosz once noted of his country, “wine is rarely drunk here… Still, Poland has a drink known as beer and there’s nothing better to invigorate one’s body and that gives such delight to both locals and foreigners.” Looking at the international crowd assembled at Kontynaucja, one is inclined to agree.

A buzz about building: bee hotels open in bid to give vital insects a boost

Trouble brewing? Breweries brace themselves for long-term consequences of lockdown