After almost 90 years, the opulence of interwar Polish art is returning to the airwaves, screens and stages of Poland, as contemporary artists draw on the culture that helped forge the nation after 1918.

With Poland recently celebrating its centenary of independence, vintage is now vogue, and nothing better encapsulates the vibrancy, diversity and promise of the Second Polish Republic than the sumptuous music which poured from its speakers.

There was a timeless sophistication to the music of interwar Poland: at once uniting artists and styles from west and east in the vitality of the advent of modernity, Polish musical production between 1918 and 1939 was infused with multi-culture, and touched almost every aspect of the arts.

Famed poets, like Marian Hemar and Julian Tuwim, wrote skits for cabarets. Stage stars, like the spectacular Eugeniusz Bodo and Zula Pogorzelska, performed in films. The gorgeous voices of Adam Aston and Tadeusz Faliszewski were utilised in advertisements. All the while, the artery of music throbbed tango and waltz and foxtrot and even Charleston to the eyes and ears of a population eager to taste an extravagance already familiar to audiences in Western Europe and America. And despite lacklustre technology and limited infrastructure, Poland overwhelmingly kept up with her western counterparts, churning out songs to rival English-language hits – and even producing some pieces which went on to achieve success abroad, like Jerzy Petersburski and Andrzej Włast’s ‘Tango Milonga’ (or, in its English-language version, ‘O Donna Clara’). Even on the cusp of WWII, Poland’s runaway success recording company, Syrena Electro, had just arranged a contract with HMV. 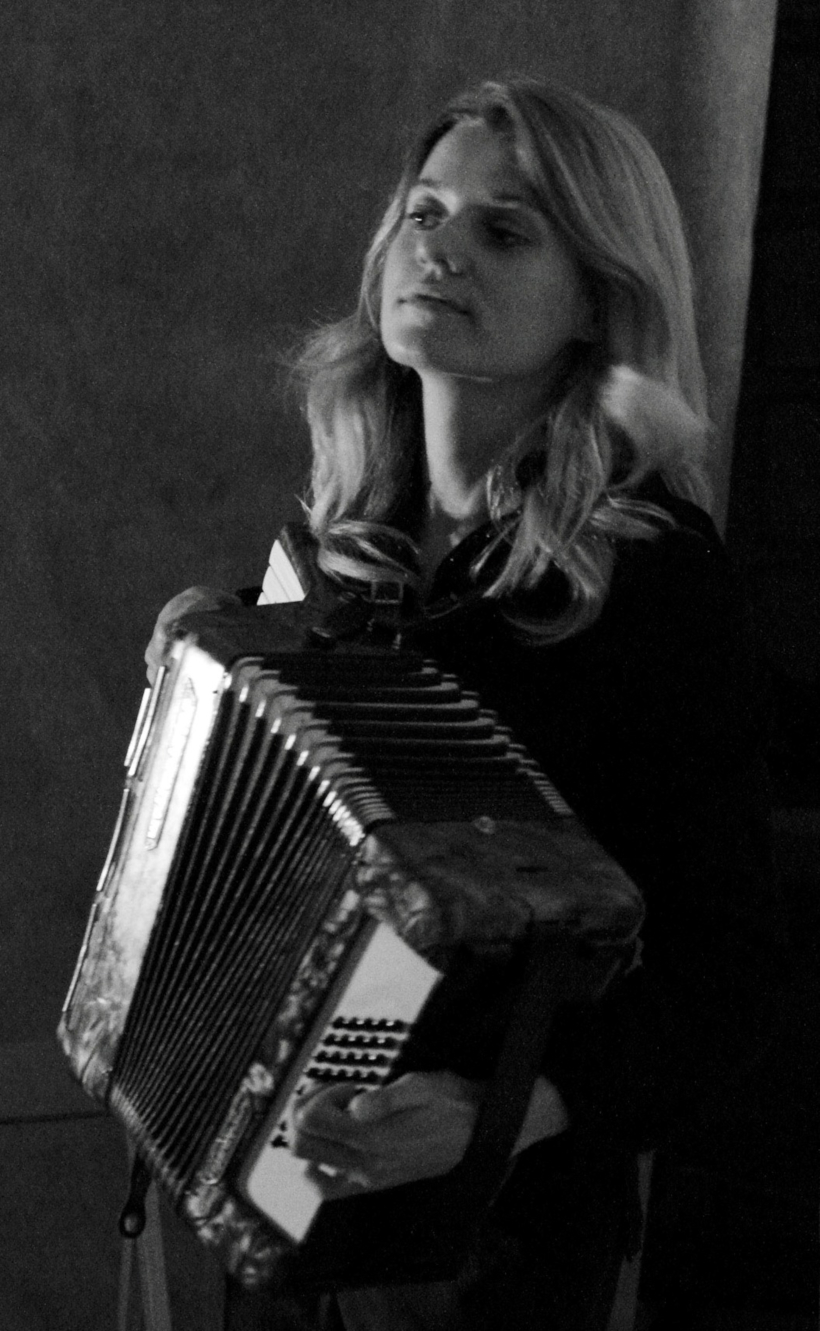 Olga Mieleszczuk performs in Yiddish and Polish in order to demonstrate the interaction of different cultures in the interwar period.Marcin Koźliński

One musician who knows this story well is Gabriela Mościcka, band leader of the Warsaw Sentimental Orchestra, who spoke of growing up listening to the sounds of interwar Poland from her father’s collection.

“I love the timeless charm of this music, its simplicity, and a sense of humour clearly seen in its lyrics and melodies,” he says. “The melodies and harmonies of the interwar music interestingly blend simplicity with refinement. This music is romantic and funny at the same time. Maybe that’s why it moves me so deeply.”

Kazik Nitkiewicz, trumpet player for the Sentimental Orchestra who was himself inspired by Gabriela’s interest, agrees. After debuting at the Polish Radio Folk Festival ‘Nowa Tradycja’ in 2015, the band now play a variety of 20th-century hits with some modern interpretation. Kazik explains all of the songs from the interwar period are favourites, though some in particular lend themselves to performance:

“My whole body dances while we are playing ‘Bez przerwy śmieję się’. It has a swing vibe, cool melody, interesting harmonization, a funny story in its lyrics, and some place for improvisation.” 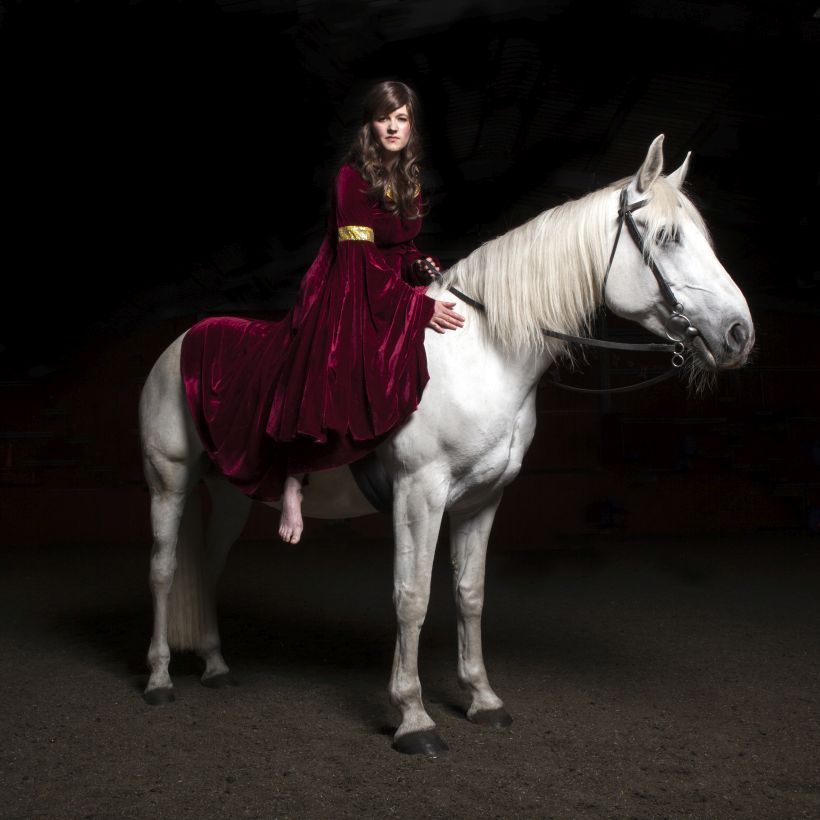 Katy Carr, a British musician with Polish ancestry, began performing as an exercise to learn Polish, despite having no introduction to interwar music in her childhood.Ben Wright Photography

The timelessness of interwar music has certainly contributed to its popularity, with albums of hit songs – including from the Sentimental Orchestra – regularly released and proving highly desirable. Interwar culture also received a boost in recent years owing to television, with the first episode of the 2016 Polish television series ‘Bodo’ watched by 3.8 million viewers. Performances, like the ‘Vaudeville of Old Warsaw’ cabaret held at the Sabat Theatre, have also proven popular; the Jazz Band Młynarski Masecki, another proponent of interwar music, recently played at the Warsaw Singer Festival to a sell-out crowd. Founder Marcin Masecki believes their performances are rediscovering the music of a lost era, and bringing it back to life:

“Since we’re a relatively young free state we are in a time of reassessing our national identity,” says Masecki. “The pre-war period serves as a golden ideal from the past (although there are many greys in this matter). For us musicians it is a way of connecting to a different but not so distant reality.” 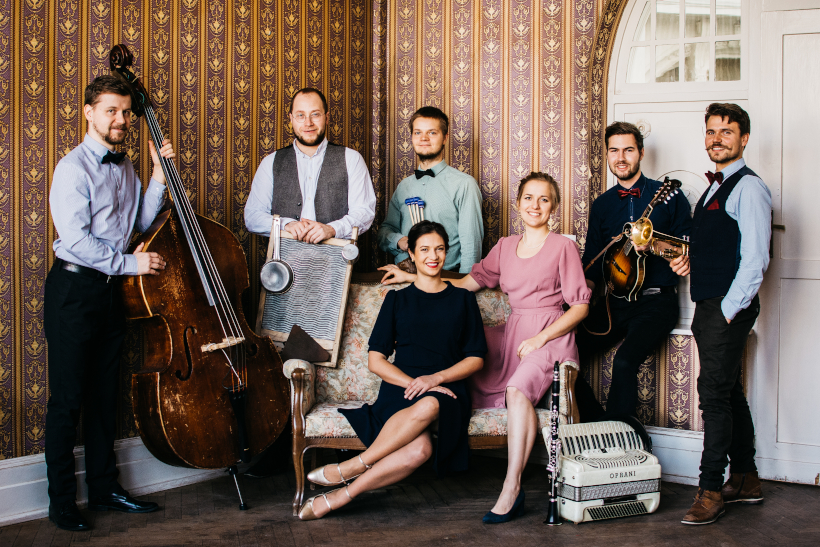 The Sentimental Orchestra play a variety of 20th-century hits with some modern interpretation.Karolina Majewska

Permeating their performances are classical elements, American jazz, Yiddish music, Polish folklore and modern styles, with the result, says Masecki, being music as if “a chapter from a parallel history of music which never happened.”

This is the approach also taken by Polish-Israeli singer Olga Mieleszczuk, who performs in Yiddish and Polish in order to demonstrate the interaction of different cultures in the interwar period. She also uses international styles and approaches to evoke the cosmopolitanism of the era.

“I’m performing Polish tangos with a bandoneon, which is classic for Argentinian tango and it wasn’t used in interwar Poland almost at all,” explains the singer. “Despite the uniqueness of Polish tango, tango pieces of Buenos Aires were a constant source of inspiration for the composers of the Polish tango. In our repertoire, we also have few interwar tangos from Buenos Aires with Polish lyrics written especially by Piotr Stratus.”

Her focus has now altered from folk music to the more urban styles which were found in the cabarets of the Second Polish Republic, but which also spilled onto the streets of the cities. Another band particularly interested in street music is the youthful Kapela Sztajer, who first performed dressed in their grandparents’ old clothes in the Old Town in Warsaw. From Uprising songs, their repertoire now includes age-old hits like ‘Warszawa da się lubić’ alongside traditional music performed by Warsaw’s street bands. Violinist Wojciech Sitek believes the popularity of interwar songs in general originates in the widespread fascination with different cultural influences from the past:

“We decided to make the history of Warsaw real and touching for the audience, as well as to connect history with music.” 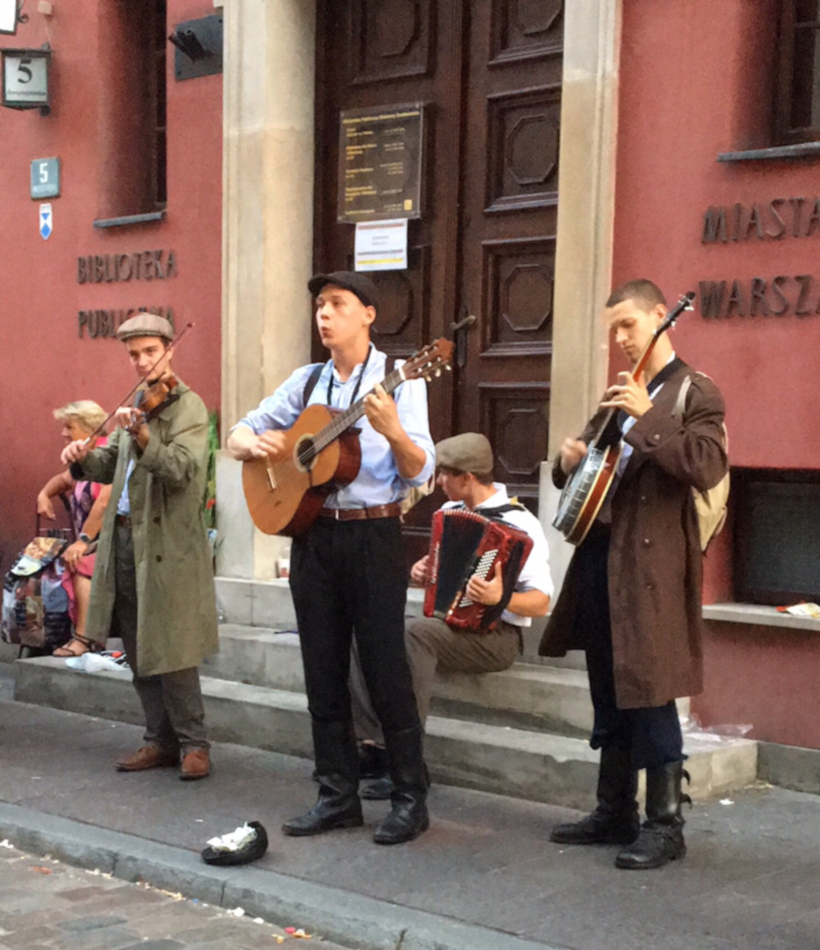 And artists from as far away as the UK are using Polish music to access a deeper understanding of history: Katy Carr, a British musician with Polish ancestry, began performing as an exercise to learn Polish, despite having no introduction to interwar music in her childhood.

“I let my voice lead me through the songs and the music,” says Carr. “I want to remember the original versions of the songs as sung by the singers of interwar Poland and I have the images of them singing in my mind so I will never veer too far from the original source.”

For her, interwar cultural production is testament to a rich age of Polish history, which continues in all its resplendent glory despite the vast acres of time which have passed since 1918. This magnificence and maturity is at the very heart of the new interest in a sound which paved the way for a bright Polish future.

“I love to sing Eugeniusz Bodo's version of ‘Umówiłem się z nią na dziewiątą’ on ukulele,” she adds. “It is such a beautifully innocent and deliciously lyrical song. The melody flows in and around the words and I feel so unified with the Polish language when I sing this song. I love Henryk Wars' writing and the song's melody. The film version of Eugeniusz singing this song inspired me to celebrate his life and love Poland. I feel Eugeniusz talks to me when I sing this song and that is why I love it.”