From Warsaw to Wroclaw in 37 min? Poland connected by Hyperloop in 2030

Imagine waking up in Łódź, going to work in Warsaw, having a quick meeting with a client in Wrocław and seeing a play in Kraków in the evening. A simple plan like this would require covering 1,200 km, but you would only spend an hour commuting. All this could be possible by 2030, with the construction of Hyperloop in Poland.

Hyperloop is widely predicted to be the next revolution in transport, making it faster, safer, eco-friendly and fuel-efficient. The idea of capsules with electric propulsion, which float above tracks using magnetic levitation was conceived by a team of engineers and inventors from Elon Musk’s companies SpaceX and Tesla.

Aerodynamic pods with passengers or freight should be able to travel at 1,200 km/h in low-pressure tubes, with reduced air resistance. Hyperloop stations, unlike airports, are to be located in city centres and seamlessly integrated with other modes of local transport.

What makes Hyperloop better than airplanes or high-speed trains is that, firstly, it is faster, travelling at speeds comparable to a plane. Secondly, it has the flexibility of a car, assuming there is a well-developed network of stations. At the same time the capsule offers the same level of comfort as trains. And thirdly, it’s more ecological – the tubes can be covered with solar panels, making the whole system free from external energy sources and reducing emissions to nearly zero.

The prototypes of Hyperloop are being developed in an unprecedented way – simultaneously by numerous companies, start-ups and research centres. In 2013, Elon Musk published the concept paper for the magnetic levitation capsules and invited others to work on it. Various entities followed his lead, periodically publishing their research results. 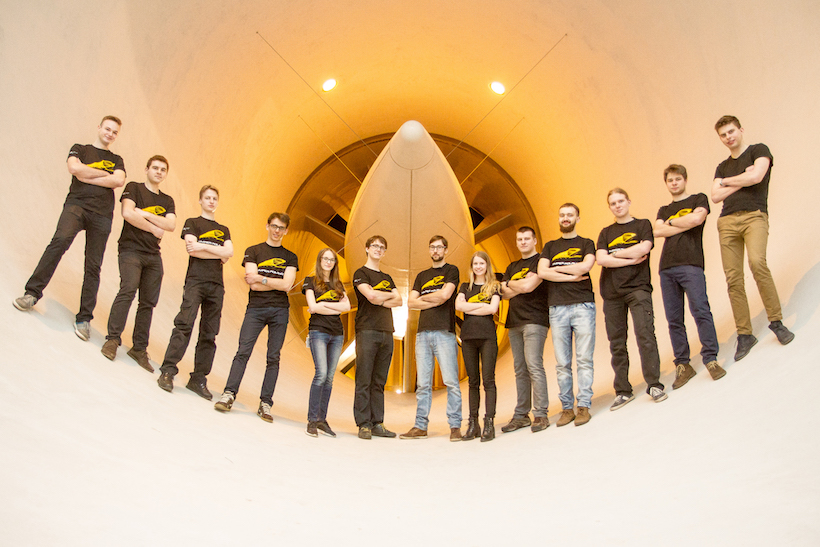 Musk went even further, organizing two editions of Hyperloop Pod Competition in Hawthorne, California (the third will be held in July 2018). The competing University teams prepare the pods’ blueprints and then prototypes, and the best are being invited for a trial run on the SpaceX test track.

In 2016, a Polish team advanced to the finals of the Hyperloop Pod Competition’s first edition. Paweł Radziszewski, the coordinator of the Hyper Poland University Team revealed: “Twenty-four research teams advanced to the finals: 18 from the United States, 4 from Europe and 2 from Asia. Two universities were involved in the construction of the first Polish hyperloop capsule prototype (the Warsaw University of Technology and Wrocław University of Technology), as well as 6 clubs and 25 students. It is a great distinction and success for us, to be part of the SpaceX finals as the only team from the Central-Eastern Europe.”

This enormous success inspired them to launch the Hyper Poland start-up, which is now one of the two pioneers of the technology in Poland. Their progress is marked by further achievements – being named finalists of the Build Earth Live: Hyperloop competition in United Arab Emirates for the most innovative approach to Building Information Modelling (BIM), as well as making the shortlist of 9 countries where the new mode of transport might be introduced by the Virgin Hyperloop One company, as part of their “Global Challenge” (route from Warsaw to Wrocław). 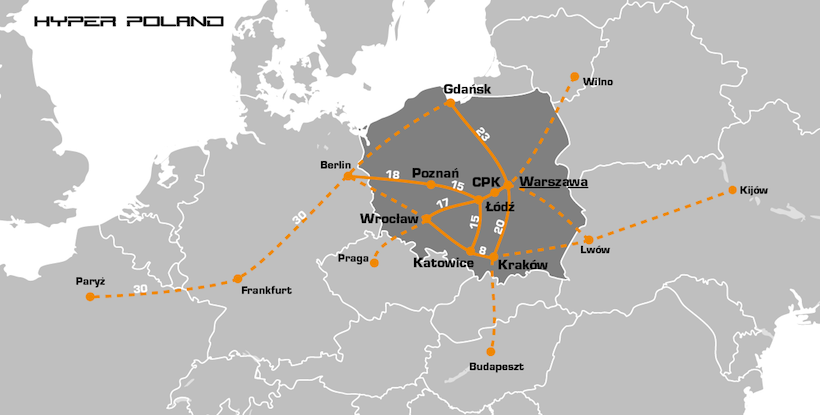 The second company, Euroloop, was founded by Marek Gutt-Mostowy. A scientist at the CERN’s particle accelerator in Switzerland, he was a member of the international Hyperloop design team rLoop. It is an unconventional organization, as they include members from all around the world via an online forum thread on reddit and work mostly online. The rLoop team won the Innovation Prize at the first Hyperloop Pod Competition organized by Musk.

The initial focus of the Euroloop is creating the shortest possible routes that are profitable for cargo transportation, especially for maritime and energy sectors. Thanks to their corporate partner PKP (Polish Rail Company), Euroloop plans to open the first trail track in Jaworzno (the south Poland) by the end of 2020. Gutt-Mostowy explained: “Numerical simulations open up many possibilities, yet until we verify them in real life, we will never know for sure how well they work.”

The Polish government has high hopes for the Hyperloop technology. Both start-ups, Hyper Poland and Euroloop, signed cooperation agreements with state-owned companies, Polish Rail Company and Polish Post, which allow them to test their conception in a safe environment (on a trial track or, as is the case with the Polish Post, by adopting the technology for the flow of packages and letters). What’s more, the development of Hyperloop in Poland is tied to the plans to construct the Central Communication Port (CPK) – a hub airport located between Warsaw and Łódź.

The government envisions integrating the systems of fast ground travel with long-distance flights. As the official commissioner for the CPK, Mikołaj Wild, explained: “The CPK should have enough space to include low-pressure trains’ connections. i.e. Hyperloop, which are now at very early stages of development. Some treat them as science fiction, with emphasis on fiction, rather than science. But in 10 years this can change.”

The critics of Hyperloop predict it may yet prove too costly and complicated to ever come to life. However its adoption indicates major structural changes to our societies, industries, business and way of life. 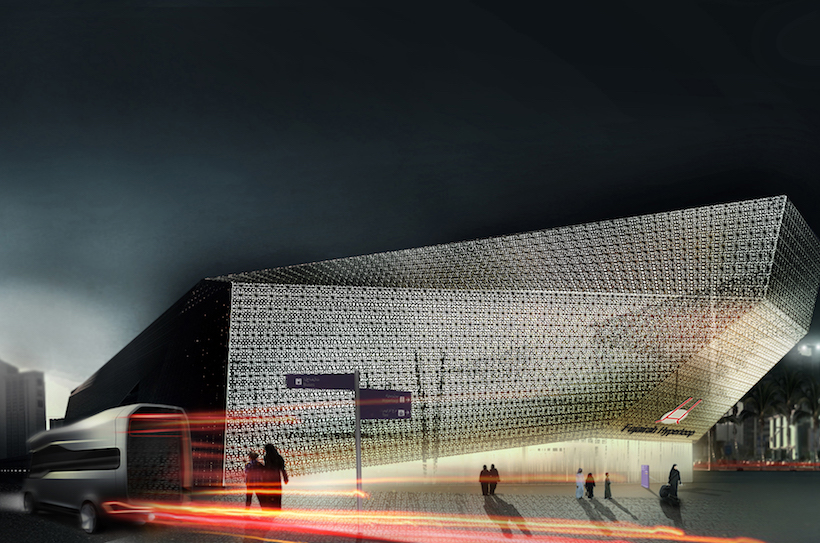 Urban development will enter a new stage, as the distances between cities will become void. One possible outcome is the creation of mega-cities: a commuter town 200 km away could suddenly become a suburb to an expanding metropolis. Another, is the dispersion of urban centres – we wouldn’t have to take into account the proximity of places where we go to work, eat or sleep.  Services could easily be moved and location would no longer remain a key factor, with one exception – being close to the Hyperloop station.