With Poland’s relationship with Israel’s leadership looking ruffled in light of the latter’s decision to allow Vladimir Putin to speak at the Fifth World Holocaust Forum held in Jerusalem, sources closer to home have been quick to note the crucial importance played by Poland, and the Anders Army, in the eventual formation of Israel.

Under the command of General Władysław Anders, the unit made their way through Iran to Palestine en-route to fight in the Italian campaign. At this stage, however, the decision was taken by the top-brass to officially release enrolled Jewish soldiers from their duties, thereby allowing them to enlist with local Jewish groups fighting for an independent Jewish state – for many, the addition of professionally trained troops was viewed as a pivotal moment.

Among these was Menachem Begin, a charismatic officer who would later achieve global fame as the sixth prime minister of Israel. 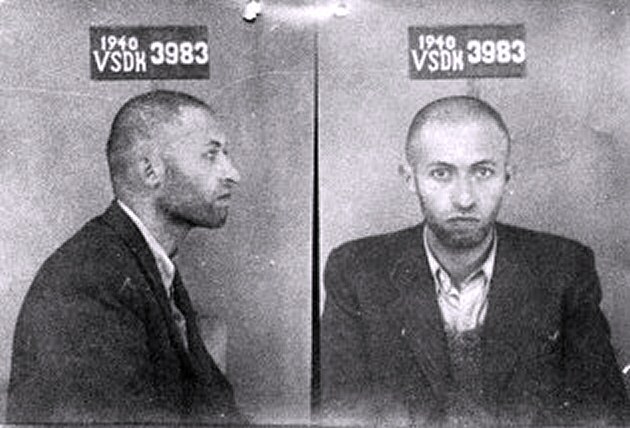 An NKVD mugshot of Begin taken in 1940.Wikipedia

Born in the Russian Empire in Brest-Litovsk in 1913 (today, Brest in Belarus), in his childhood Begin was a member of Hashomer Hatzair, a Zionist scout group, and at 16 he joined Beitar, a youth movement with links to the Zionist Revisionist Movement.

This activism continued into adulthood; having been accepted by the University of Warsaw to study law, Begin galvanized other Jewish students to form a self-defence group and used the opportunity offered by his university studies to hone the public speaking skills that would stand him in such good stead in the future.

Though qualifying to practice as a lawyer in 1935, Begin turned his back on this avenue to instead focus on his burgeoning political career. Rapidly climbing the ranks of Beitar, he travelled the country speaking on its behalf and, in 1937, was appointed to head their operations in Czechoslovakia. Another promotion quickly followed, this time to lead the international organization’s largest branch: Poland. 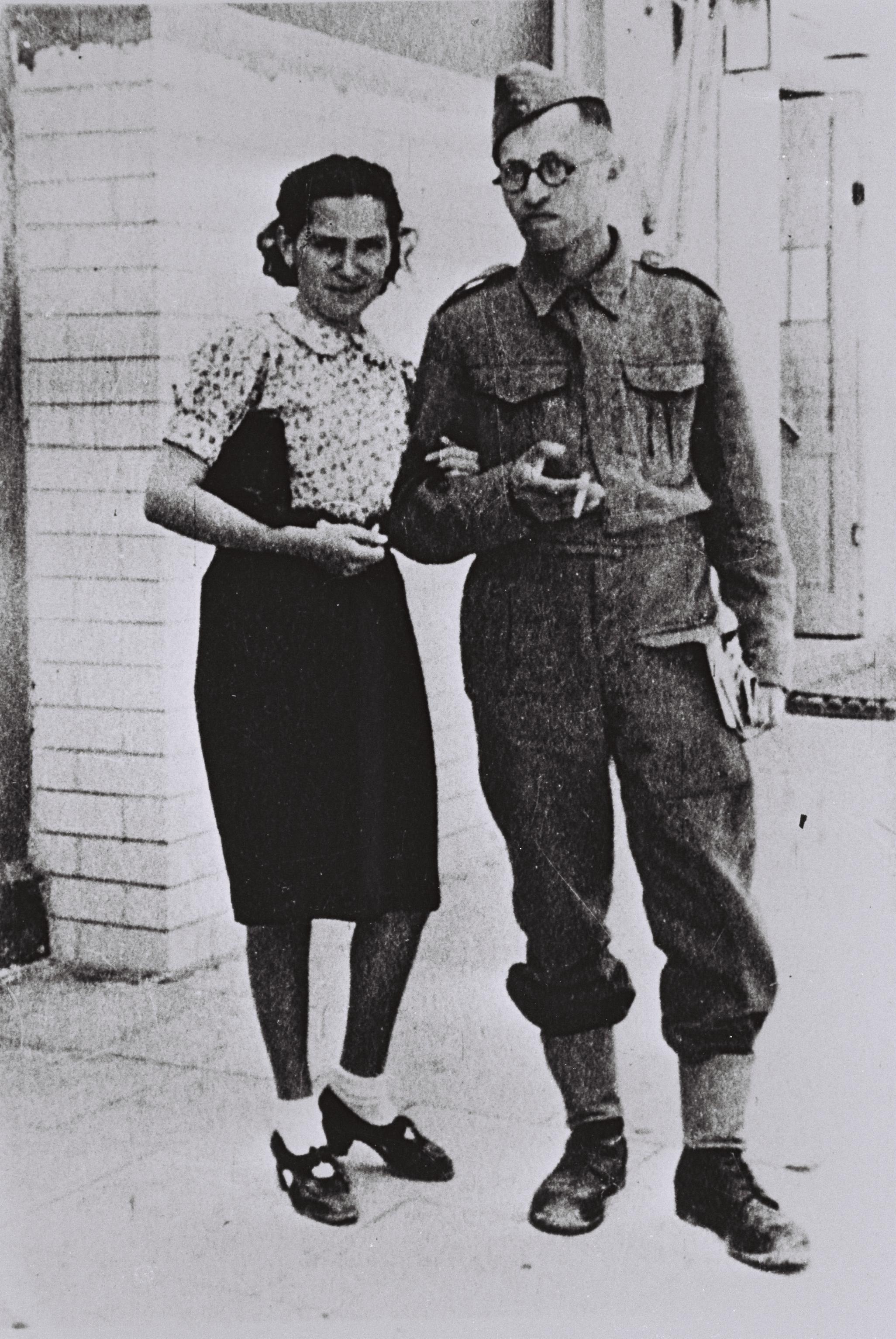 Begin with his wife in Tel Aviv in 1942.Wikipedia

The German invasion forced Begin to flee Warsaw and seek sanctuary in Vilnius, but his freedom was curtailed by the Soviet Union’s invasion from the east. As a prominent Zionist he was detained by the NKVD and subsequently tortured and sentenced to eight years in the gulag, a brutal experience graphically recounted in his autobiographical memoir, White Nights.

Prematurely released in 1941 as a consequence of the Sikorski-Mayski Agreement, an act that saw amnesty granted to tens of thousands of Poles held in Soviet captivity, Begin joined Poland’s army-in-exile, the 40,000-strong Anders Army, as a corporal officer cadet.

Appearing in Israel three years ago, President Andrzej Duda spoke of the decision to allow Jewish troops the chance to join up with their brethren: “Polish military commanders and political leaders of the government of the Republic in exile fully understood the reasons motivating Jews and did not hinder such choices. Poles took leave of their Jewish colleagues, former fellow prisoners exiled in Soviet labour camps and then brothers-in-arms from General Anders’ army, wishing them success in the struggle to restore their own state. They wished them success realizing that the same path led them to free Poland and to the creation of Israel: the path of armed struggle.” 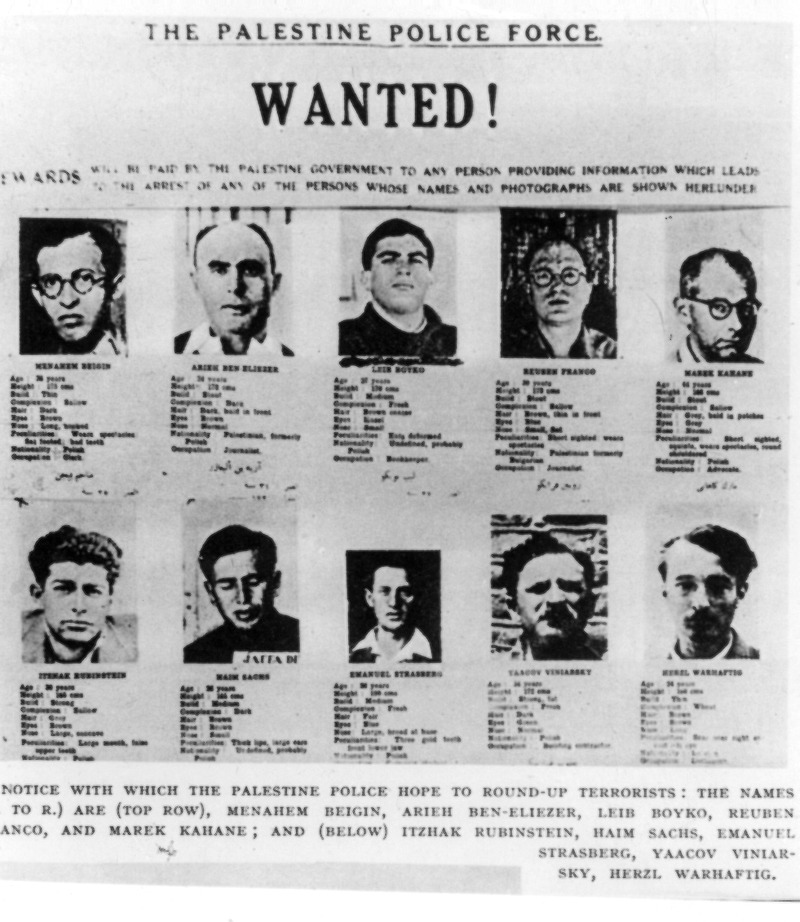 Begin (top right) was wanted by the British authorities in Palestine.Wikipedia

Continuing, the President extolled the common goals and virtues shared by both Polish and Jewish soldiers alike: “This way, in the life of Menachem Begin and a whole generation of Zionist Jews, educated in the schools of interwar Poland, where along with young Poles of the ‘Kolumb’ generation of 1920, they were acquainted with the output of the great romantic poetry, patriotic poetry, in the life of the Jews who ardently desired their own state to be formed, a traditional Polish motto was embodied: ‘For our freedom and for yours’. The freedom that the Jews together with the Poles defended on many occasions in the past, and for which they took up in arms together as citizens of the Republic of Poland.”

For Begin, this was to be the start of a new, spectacular chapter. Taking command of the Etzel military organization he initiated a number of operations against the Palestinian government, among them a daring jail break that saw 27 prisoners spring from Acre Prison in 1947. Living in disguise in Tel Aviv, he evaded arrest despite a ten thousand pound bounty being placed on his head. 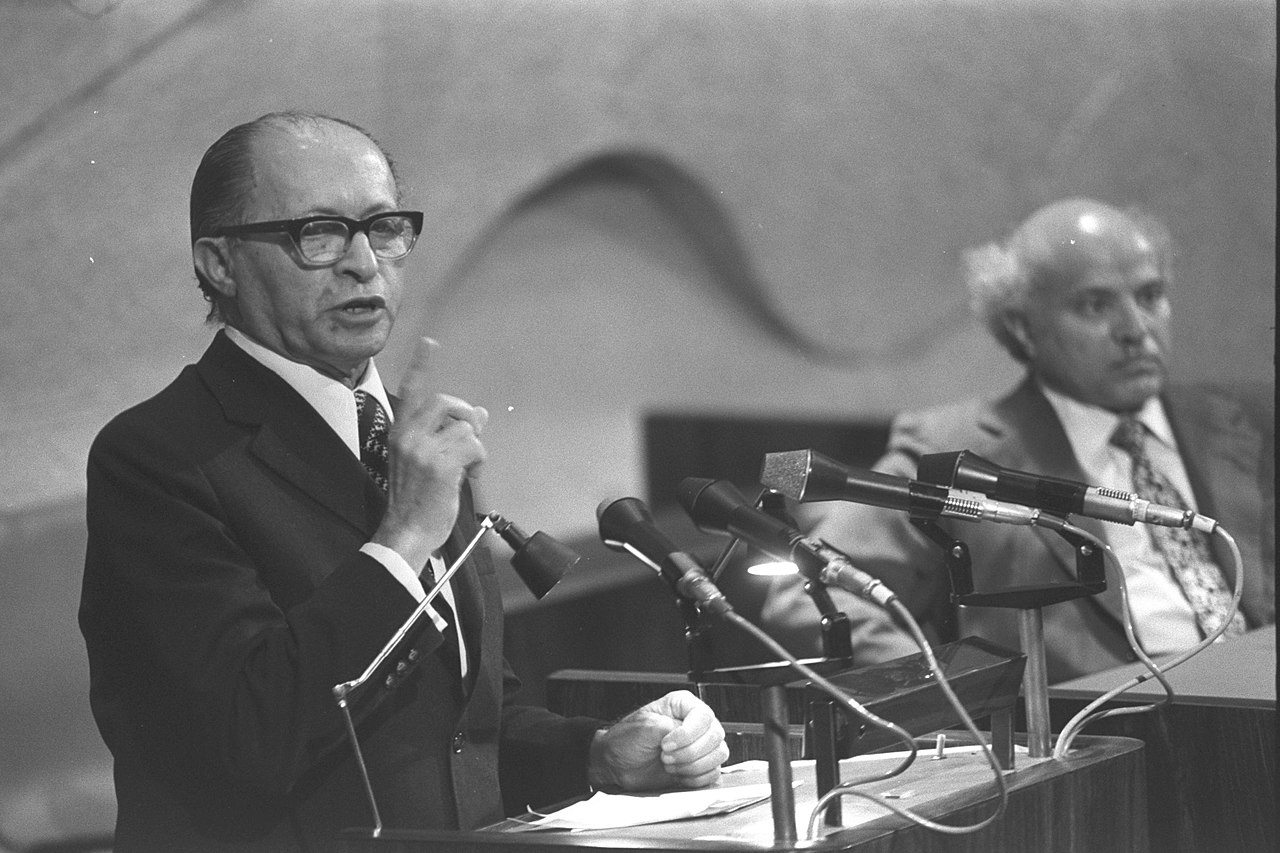 As leader of the Likud Party, Begin became prime minister in 1977. Wikipedia

Sometimes masquerading as a rabbi, he engaged in a cat-and-mouse game with the authorities hunting him before coming out of hiding not long after the establishment of the State of Israel.

It was during this time he helped found Herut, a right-wing party that consistently courted controversy. Famously at logger-heads with David Ben-Gurion, matters reached a climax in 1952 when Ben-Gurion signed a reparations agreement with West Germany. For Begin this was tantamount to accepting blood money, and his fiery speeches incited a full-scale riot during which his supporters attempted to storm the Knesset. 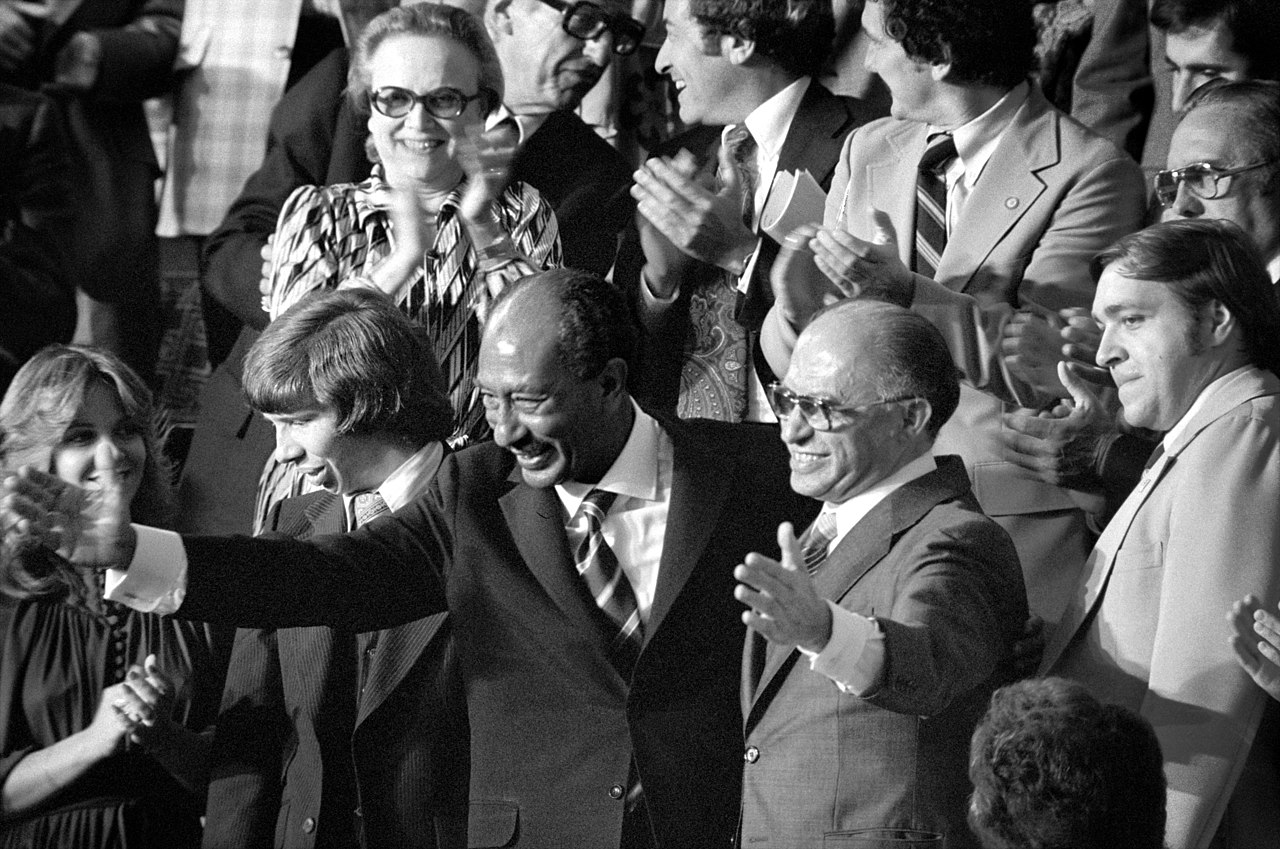 Begin went on to the win the Nobel Peace Prize with Egyptian leader Anwar Sadat.Wikipedia

In 1977, as leader of the Likud Party, he was elected as Israel’s sixth prime minister in what was a landslide vote, thereby ending the left’s political dominance. Described as a watershed moment, his legacy included increased cooperation with the United States as well as a peace treaty with Egypt for which he awarded the Nobel Peace Prize along with his Egyptian counterpart, Anwar Sadat.

A strong proponent of active defence but also of liberal democracy his contribution to the State of Israel resonates to this day. Dying in 1992, his funeral was attended by 75,000 mourners, and while he remains a controversial figure, the legacy of this former Warsaw law student is impossible to dispute.