And so, onto the abundant pleasures of countryside living. Copious in number, it’d take a full day to list them all, but for me the rustic life is all about being woken first thing by a large and lusty cock-a-doodle-doo.

Delivered outside the window of a creaky, vine-clad farmhouse, there’s something strangely gratifying about listening to nature’s way of saying that you’re in the back end of nowhere.

In this case, that means Poźrzadło, a village whose population barely hits three digits. 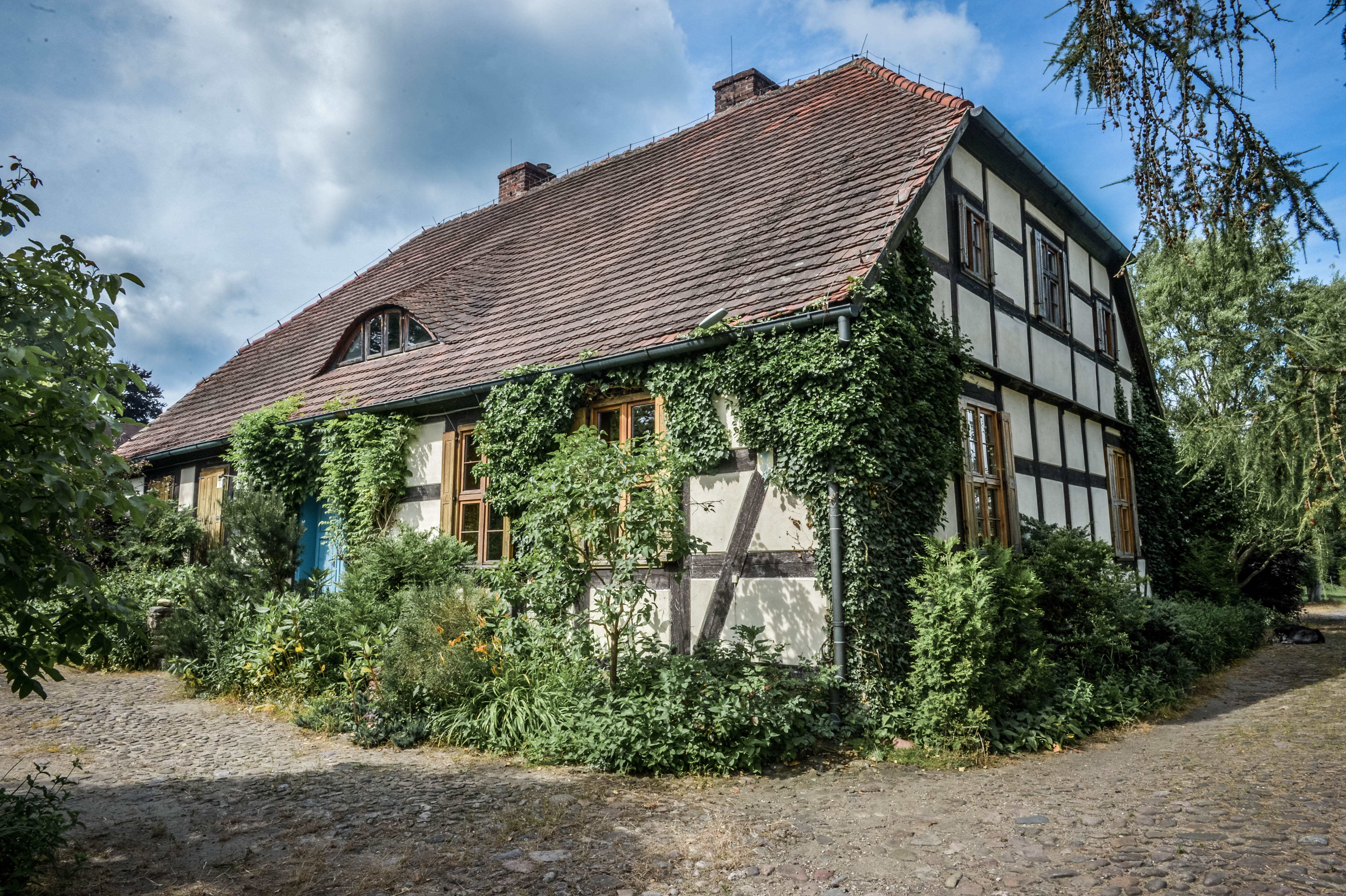 The farmhouse lodgings are named Frankówka in memory of the owner’s deceased dog.TFN

Strange things have happened to get here, not least a stop at the world’s tallest Jesus statue, but yet stranger things will happen – the afternoon, for instance, will see a tricycle exploration of a bat sanctuary inside a set of secret Nazi German tunnels.

That lies in the future, though, so for the time being a prowl around the village is the extent of my adventures. With the highlight being a half-timbered 18th century church, it takes three minutes to see it all, but a whole lot longer to poke around what will be my lodgings for the night. 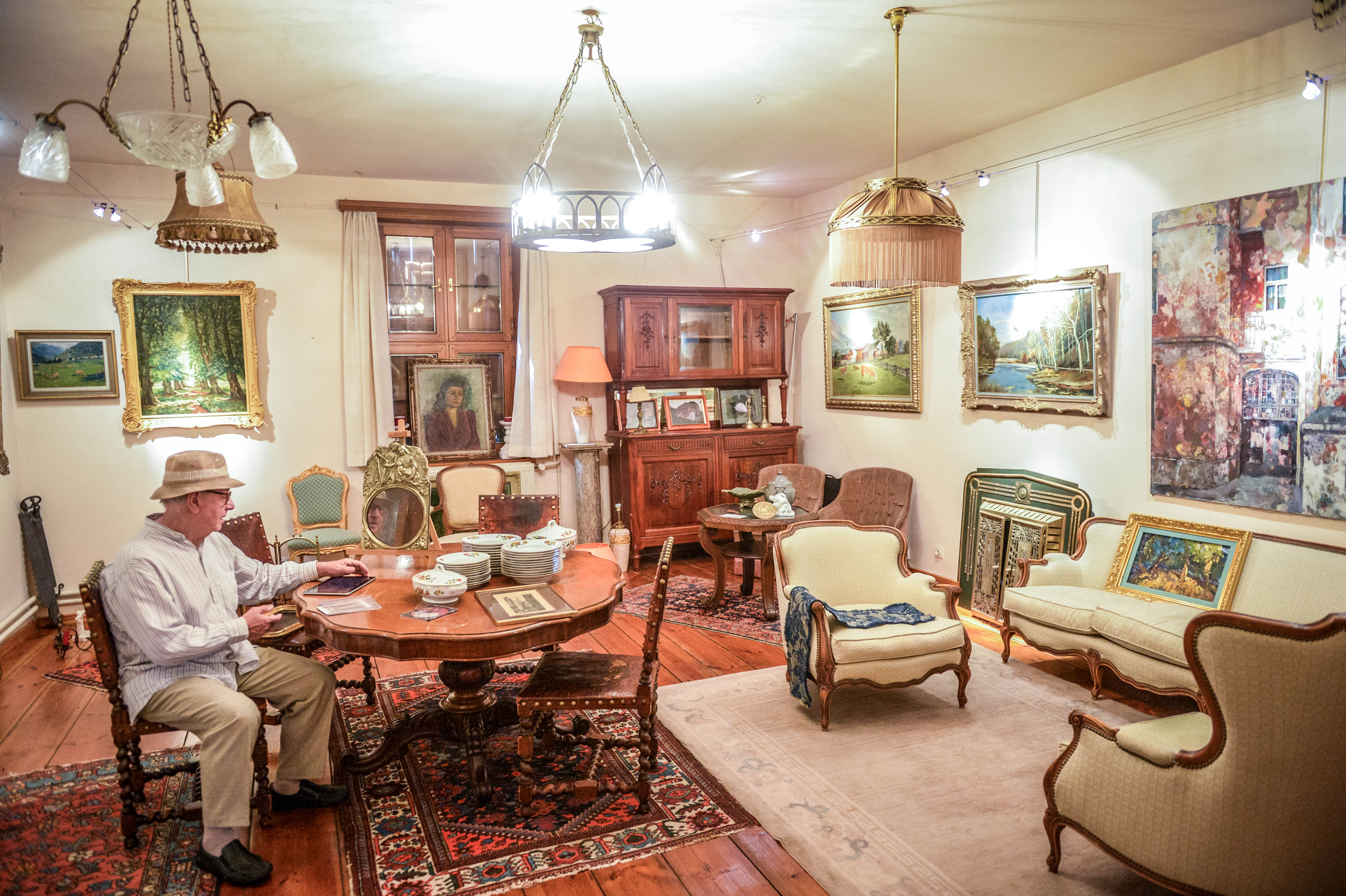 The owner is a benevolent art dealer by the name of Jerzy Ludwikowski who dresses in the kind of garb you’d imagine Graham Greene adopting for his morning gin in Havana.TFN

Named Frankówka in memory of the owner’s deceased dog, it would be impossible to describe my farmhouse quarters as anything but a gentle journey into affable eccentricity.

Owned by a benevolent art dealer by the name of Jerzy Ludwikowski – himself, dressed in the kind of garb you’d imagine Graham Greene adopting for his morning gin in Havana – it’s a rickety old place festooned with oil paintings, antiques and curious souvenirs: grotesque marionettes, mysterious wooden chests and assorted bits of silverware of varying value. 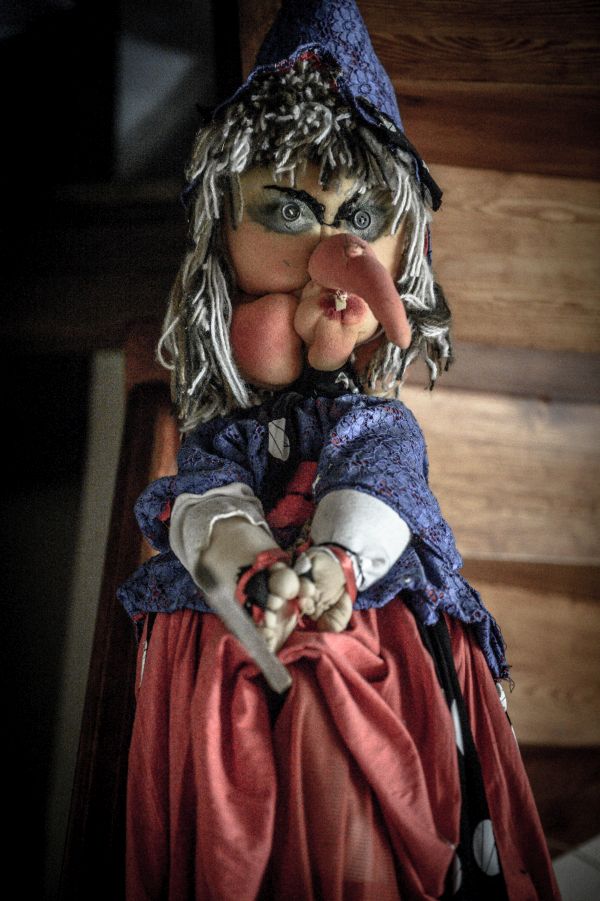 As I finger the treasures on display, from the shadows emerges Ludwikowski’s wife, a flamboyant ball of energy wrapped in a silky robe embossed with an oriental dragon. Would I like some wine, she kindly enquires.

It’s a scene that could belong in a play by Noel Coward.

More to the point, it’s a scene I’d happily remain trapped in for the rest of my life; the caricature of pastoral bliss, it’s with a glass of something fizzy that I retreat to the gardens to bask in silence so pristine that I can practically hear the butterflies flutter. 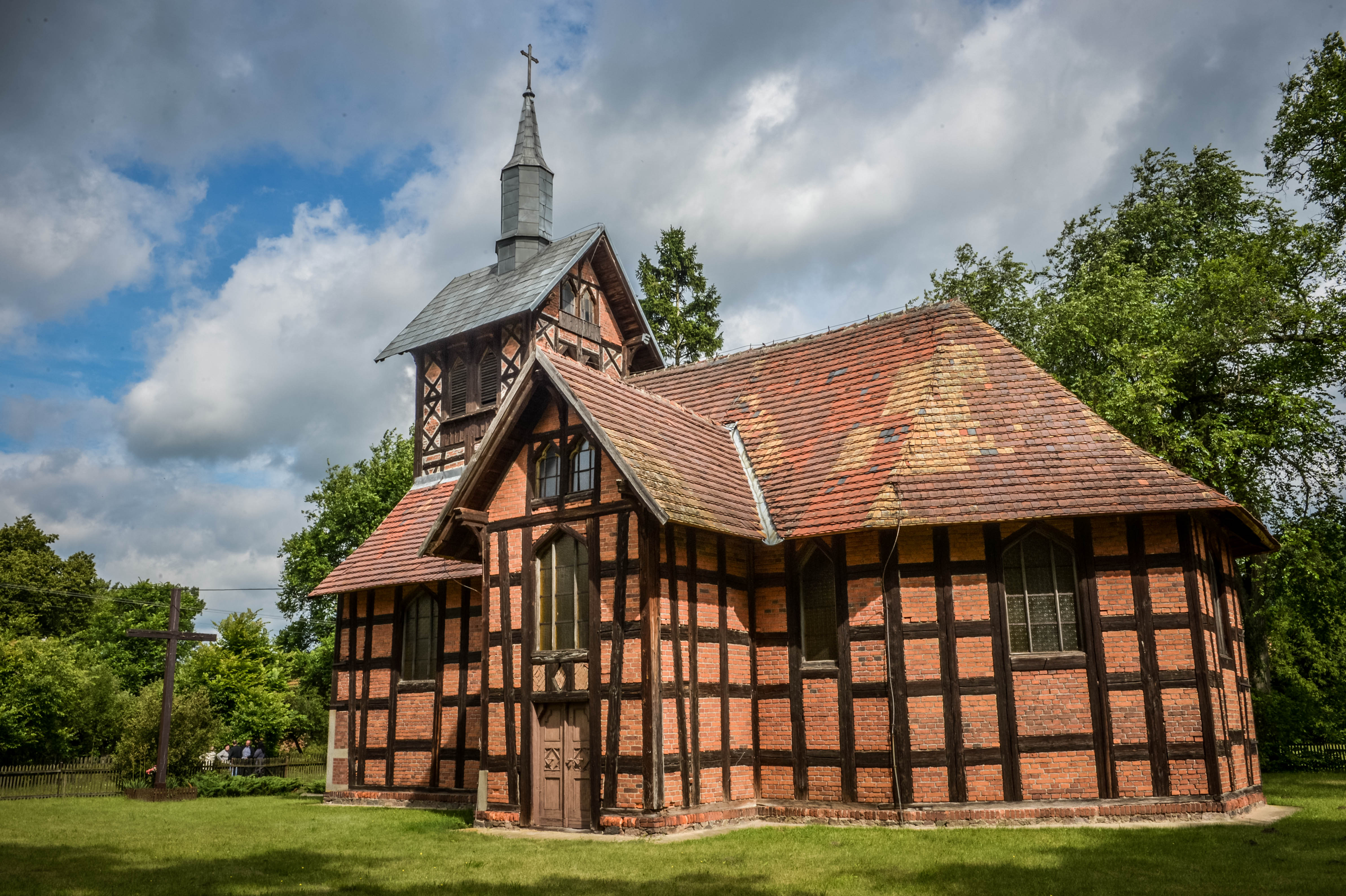 The village of Poźrzadło, a ten-minute drive from the town of Łagów is home to a half-timbered 18th century church.TFN

Yet as tempting as it is to do absolutely nothing, activities await.

Now I shan’t bore you with tales from yet another wartime tunnel I’ve been down (let’s save that treat for another time instead!), but what I will advise is making the short jaunt to Łagów.

A ten-minute drive from Poźrzadło, Łagów sits on Poland’s western rump penned in by emerald green forests and a pair of placid lakes. 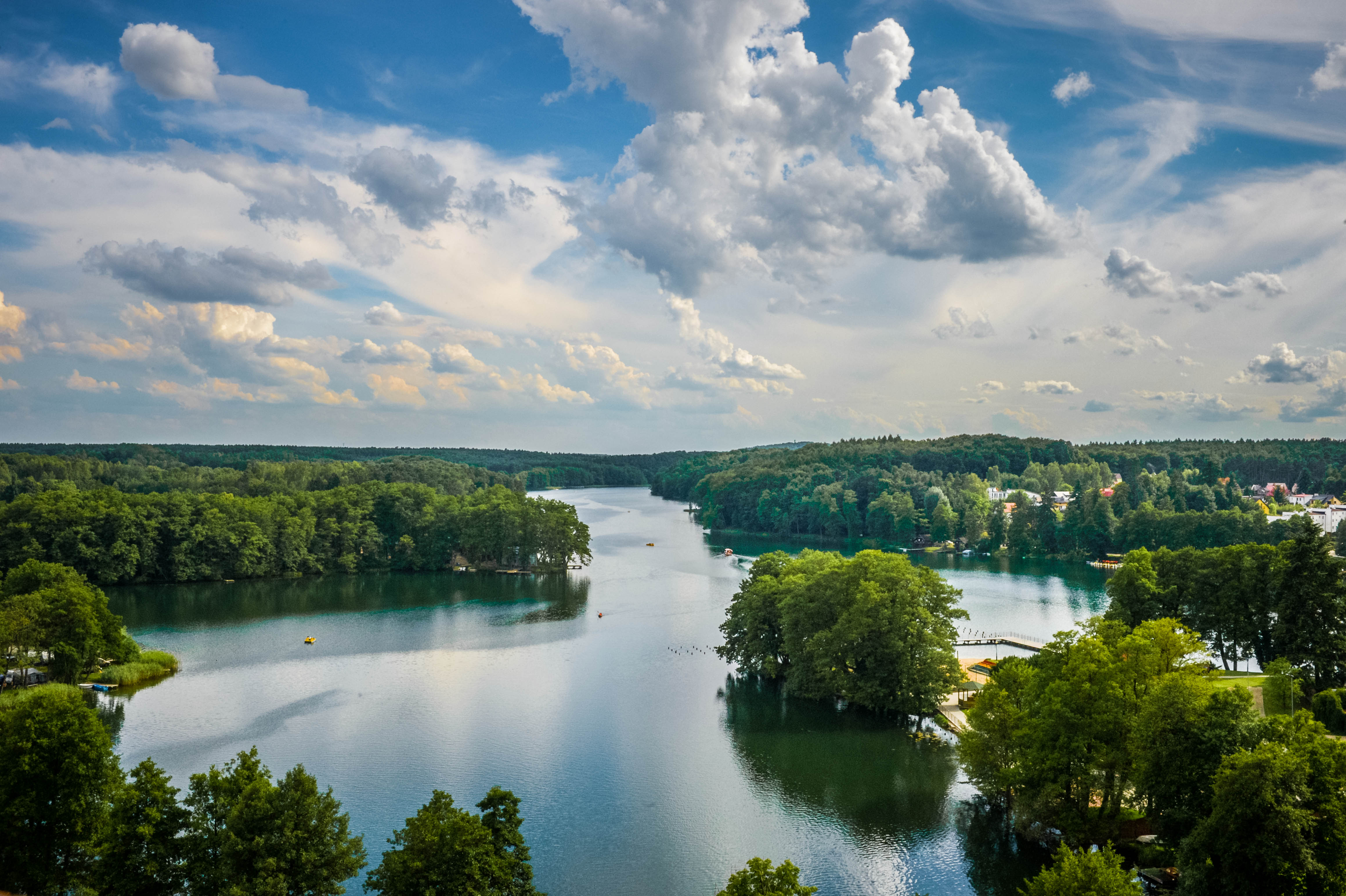 Łagów’s spectacular greenery and glittering lakes that mirror the skies are a sight to be savoured and remembered.TFN

Reputedly, the Brothers Grimm took many of their inspirations from this section of what was then part of Germany, and you wouldn’t be surprised if Łagów featured on their travels.

In this tiny hamlet visitors find themselves walking corkscrew roads fringed by neat little cottages and under stout brick gateways that pass over the pavements; jutting off down narrow cobbled alleys flanked by flowerpots and hedgerows, a sampling of family-style restaurants reveal themselves perched on the banks of the lake.

Succumbing to my inner cravings, it’s in Ogród Smaków I test the local craft beers whilst watching swans flirt and frolic in the waters out in front. Time does not pass here, instead it crawls at a pace that’s deliciously lethargic. 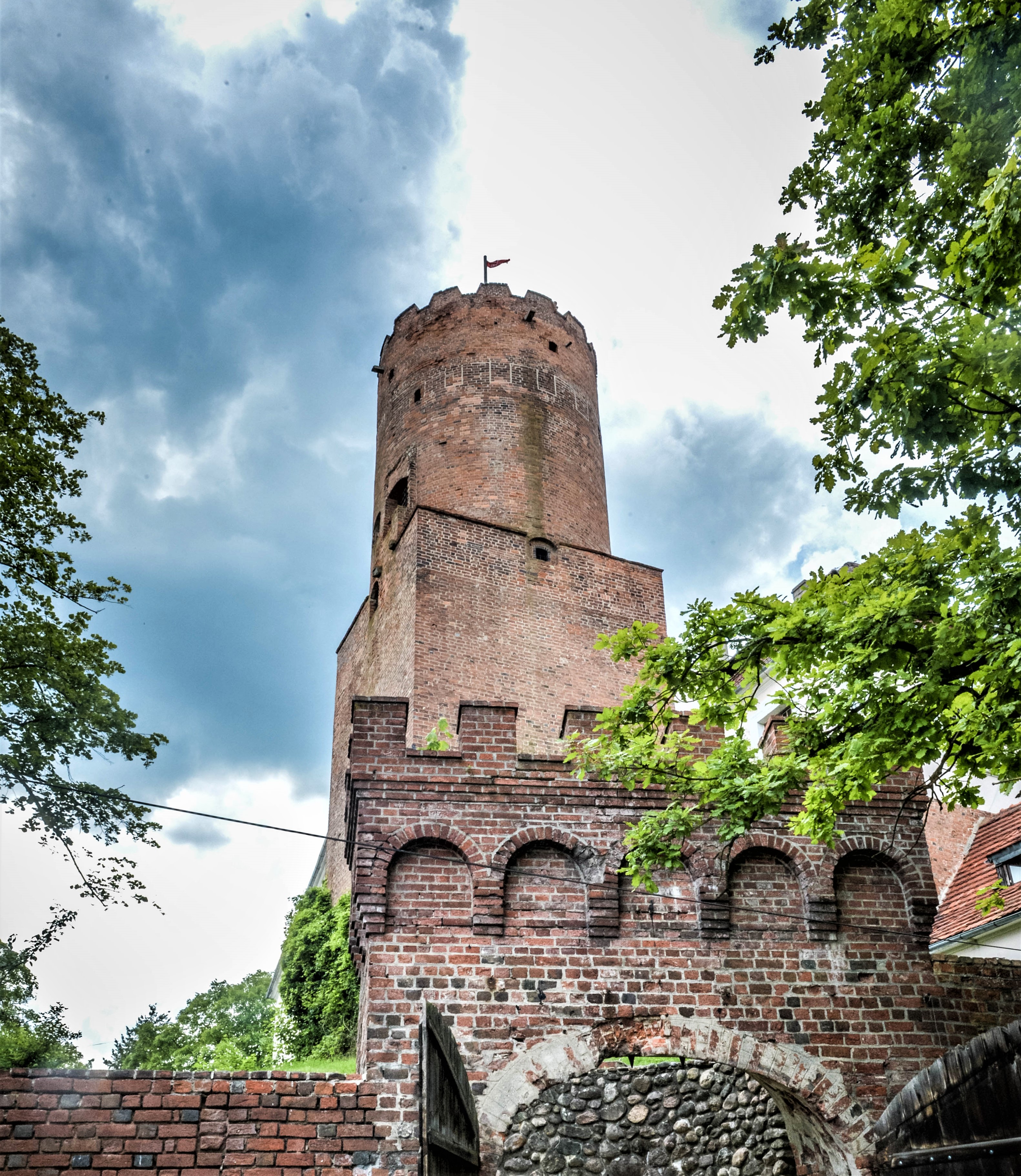 Invariably, all roads in Łagów lead to a castle built in 1350 by the Order of the Knights of St. John that’s been dutifully watching over the village for several centuries.TFN

Invariably, however, all roads lead to a castle that’s been dutifully watching over the village for several centuries. Built in 1350 by the Order of the Knights of St. John, for generations it served to protect the trade route running from the Kingdom of Poland to the heart of Germany and today contains a musty hotel whose standout element is a ‘torture room’ that clunks and clatters with instruments of death.

“Executioner’s tools hanging on the walls, the sound of chains and gusts of wind outside the window guarantee an unforgettable experience,” threatens the castle’s website, and that’s before the involvement of Andreas von Schlieben: haunting this bedroom since 1820, his ghostly apparition is said to make itself known to male guests that stay over the summer. 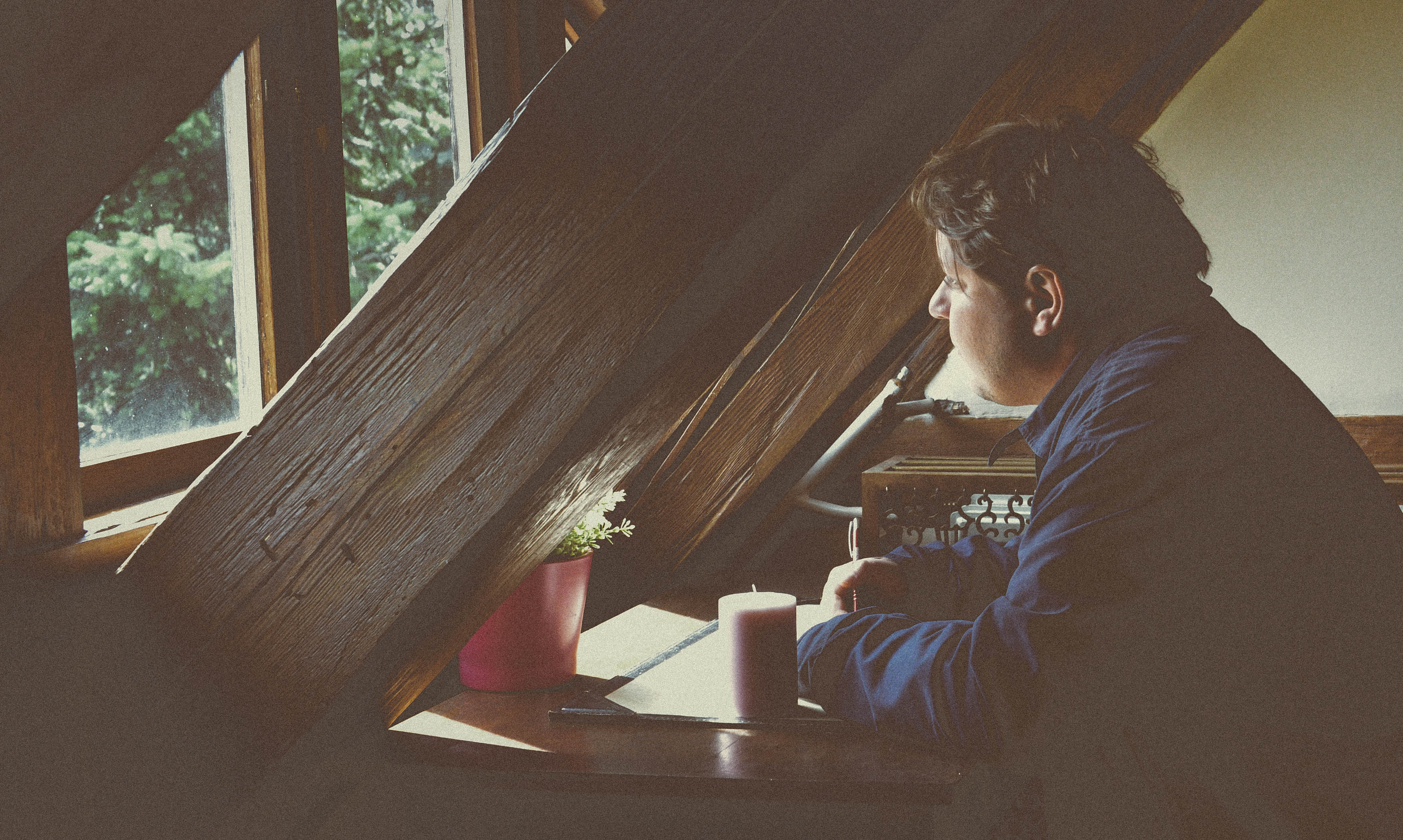 Webber settles into the abundant pleasures of countryside living.TFN

And the rest of the zamek isn’t bad either. Presided over by gentlemen with names like Baltazar List and Miklosz Colditz, it was under the patronage of Liborius von Schapelow that it received its defining feature, a 25-metre tower constructed at the front-end of the 16th century.

Standing to this day, a breathless pant up its stairwells takes you to one of the best views in Poland: below, ribboning roads and spectacular greenery and glittering lakes that mirror the skies. A sight to be savoured and remembered, it promises one of those moments where life feels exquisite.