From Painted Bird to Ugly Bird: What is the truth behind Kosiński’s acclaimed autobiography?

When it was published in 1965 by Houghton Mifflin, “The Painted Bird”, Kosiński’s first novel, was an instant sensation.

Seen as an iconic autobiographical depiction of a young boy’s tragic war experience, it was quickly added to the canon of Holocaust literature. Moreover, it propelled Kosiński, a newcomer to the United States, to stardom.

The truth however was completely different. Kosiński, born Józef Lewinkopf, was a Polish Jew from Łódź. He was only six when the World War II broke out. Thanks to substantial means and his father’s ingenuity, he spent the war with his family safely tucked away, first in Sandomierz and then in the remote village of Dąbrowa Rzeczycka. Considering the inhuman times and the fate of most Jews in Poland, the Lewinkopf family, which changed its name to Kosiński, lived in extraordinary conditions, even employing house help. 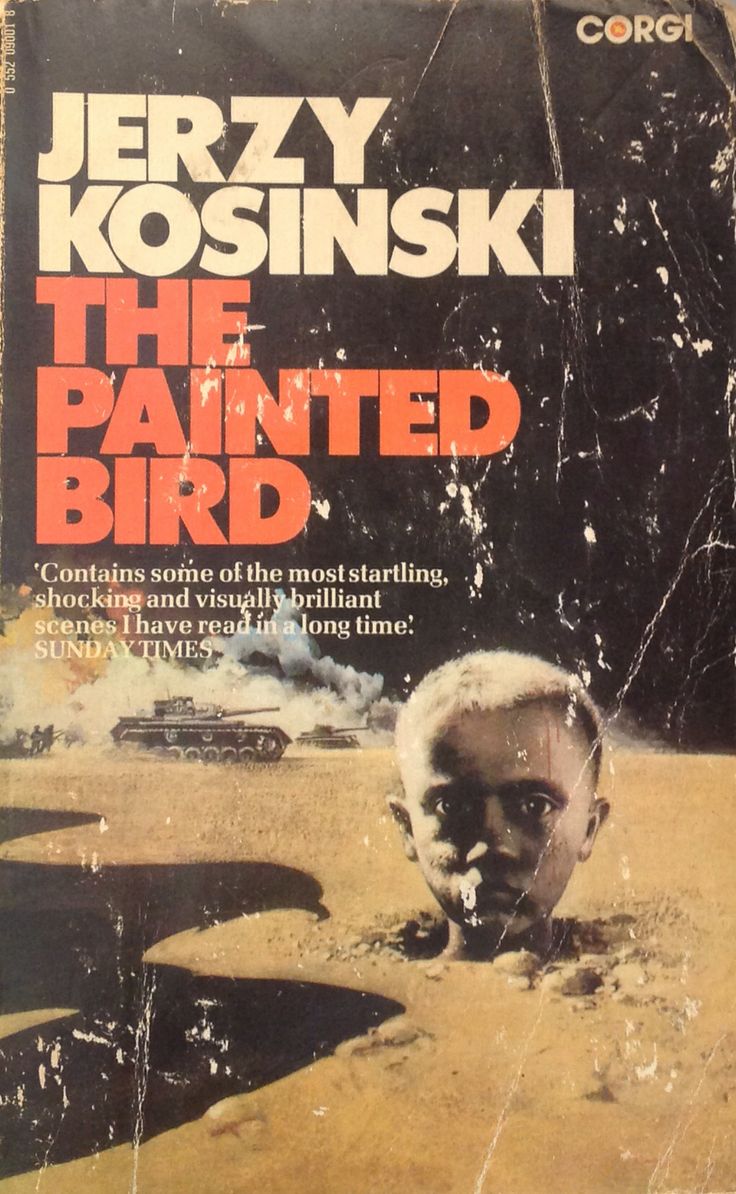 Doubts surround the authenticity of accounts in the autobiography which differ dramatically from Kosiński’s real life story. Fair Use

Joanna Siedlecka, a journalist and author of writers’ biographies, retraced Kosiński’s steps and spoke to the people who remembered him from the war period. The story they told differed entirely from “The Painted Bird”. The villagers took them in and protected from the Germans, despite the death penalty that awaited them if they were found out.

Siedlecka told TFN: “[The Painted Bird] has nothing to do with Kosiński’s real childhood, he invented those horrors, while he himself experienced only good, while the villagers took the risk to hide his whole family. (…) Kosiński is still treated as a victim, even though we now know a lot more about his biography. We know Poles didn’t torment him. 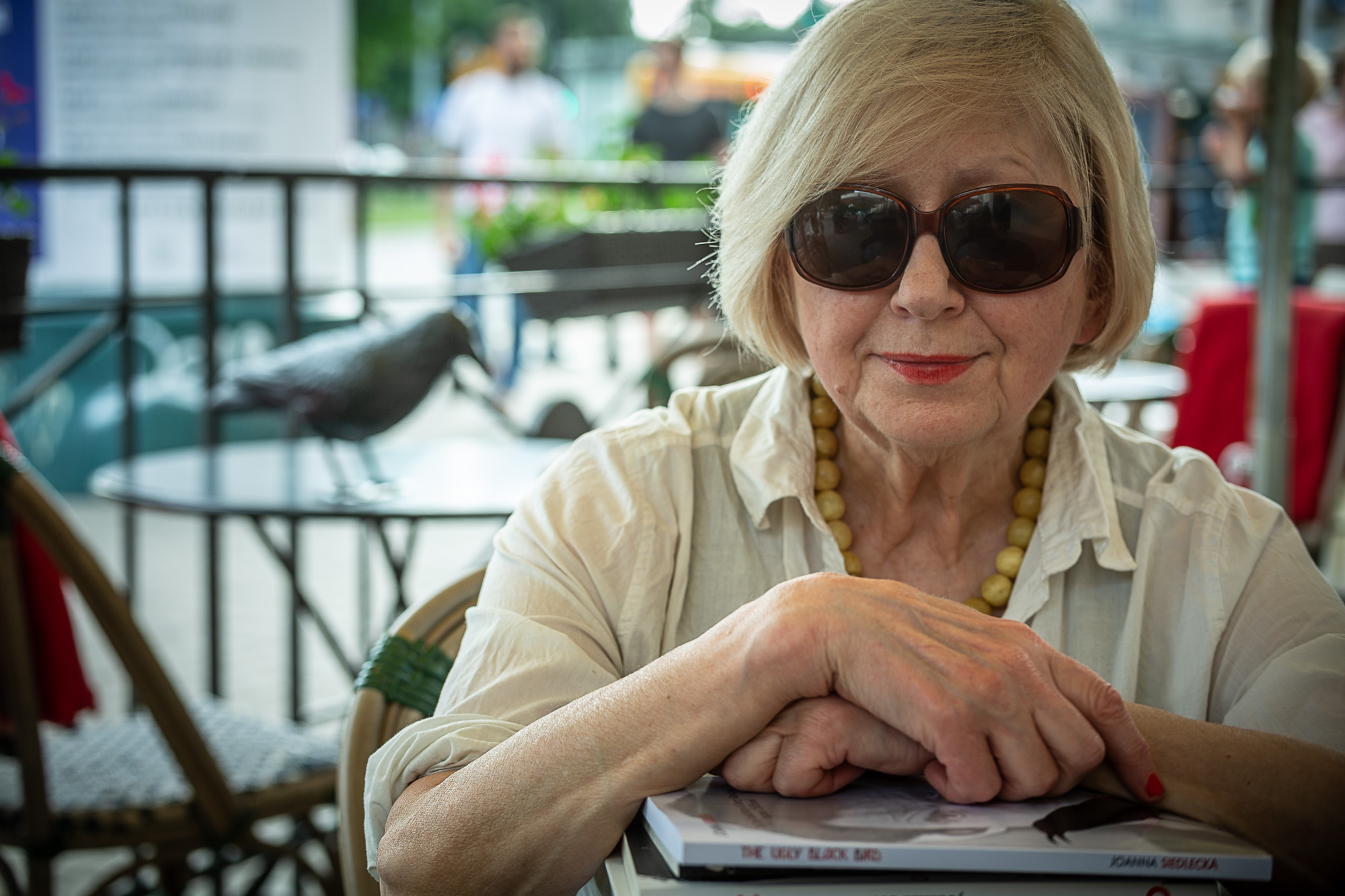 Journalist and author Joanna Siedlecka retraced Kosiński’s steps and spoke to the people who remembered him from the war period.Kalbar/TFN

“Kosiński’s brother still lives in Łódź [Henryk, a boy Kosiński’s parents took in during the war], I even called him,” said Siedlecka. In her opinion, the people who sheltered his family during the war deserve to be named Righteous Among the Nations. “Only a Jew can file an application for the tree to be planted, but he says he won’t do it. He claims he doesn’t remember, was very small at the time and owes too much to Kosiński’s family to break Jerzy’s career.“

After the war Kosiński studied history and sociology at the University of Łódź and worked as a teaching assistant at the Polish Academy of Sciences. In 1957, he emigrated to the United States, where he graduated from Columbia University. From 1960 he started writing books, first under the pseudonym Joseph Novak and later on under his own name. The fame brought to him by “The Painted Bird”, Hollywood adaptations of the novel “Being There” and even small acting roles in “Midnight Cowboy” and Warren Beatty’s “Reds” successfully installed him among the American elites. Well educated and charismatic, he charmed the people he met with amazing stories, having no qualms about making things up and creating a different persona for every new audience. He was known as a womanizer, sexually liberated and someone who dabbled with sado-masochism, though how much of it was true and how much was Kosiński’s performace act is questionable. 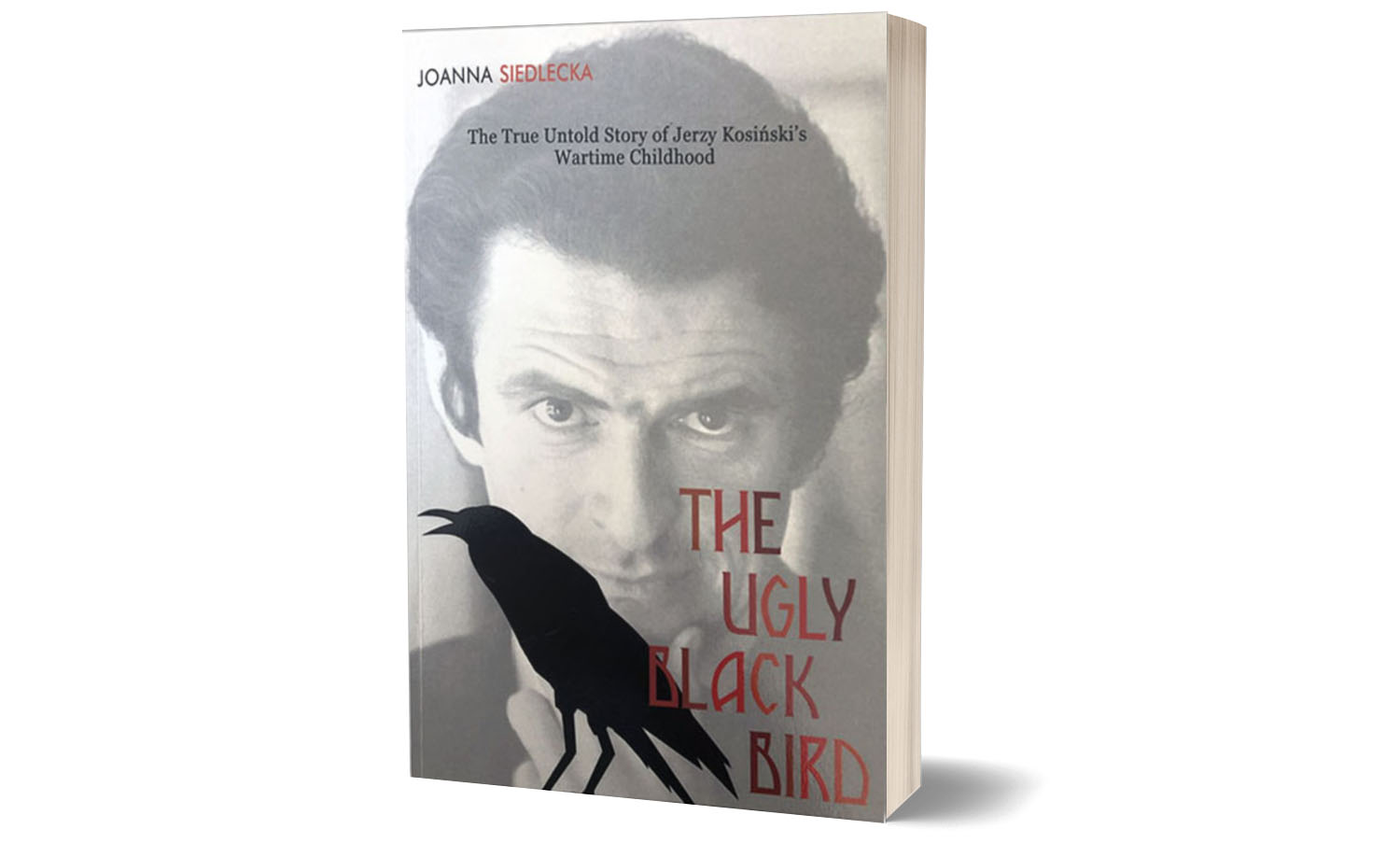 Siedlecka told TFN that when researching for her book Ugly Bird she found that: '[The Painted Bird] has nothing to do with Kosiński’s real childhood, he invented those horrors, while he himself experienced only good, while the villagers took the risk to hide his whole family. (…) Kosiński is still treated as a victim, even though we now know a lot more about his biography. We know Poles didn’t torment him.'TFN

“He was a cynical, career-oriented man. Many writers and artists are like that. A real writer is often a little narcissist. Kosiński could be symbolised by his book, accused of plagiarism, ‘Being There’.” The novel, published in 1970, tells the story of Chance, a simple gardener, who is suddenly thrust into becoming a businessman and politician, having no understanding of what is going on. The parallels to “The Career of Nicodemus Dyzma”  (1932) by Tadeusz Dołęga-Mostowicz are striking.

“Kosiński exploited America, which felt sorry for him, because he lost his speech, was beaten [like the Painted Bird’s protagonist].  He was treated like Anne Frank who survived and didn’t die before the liberation. 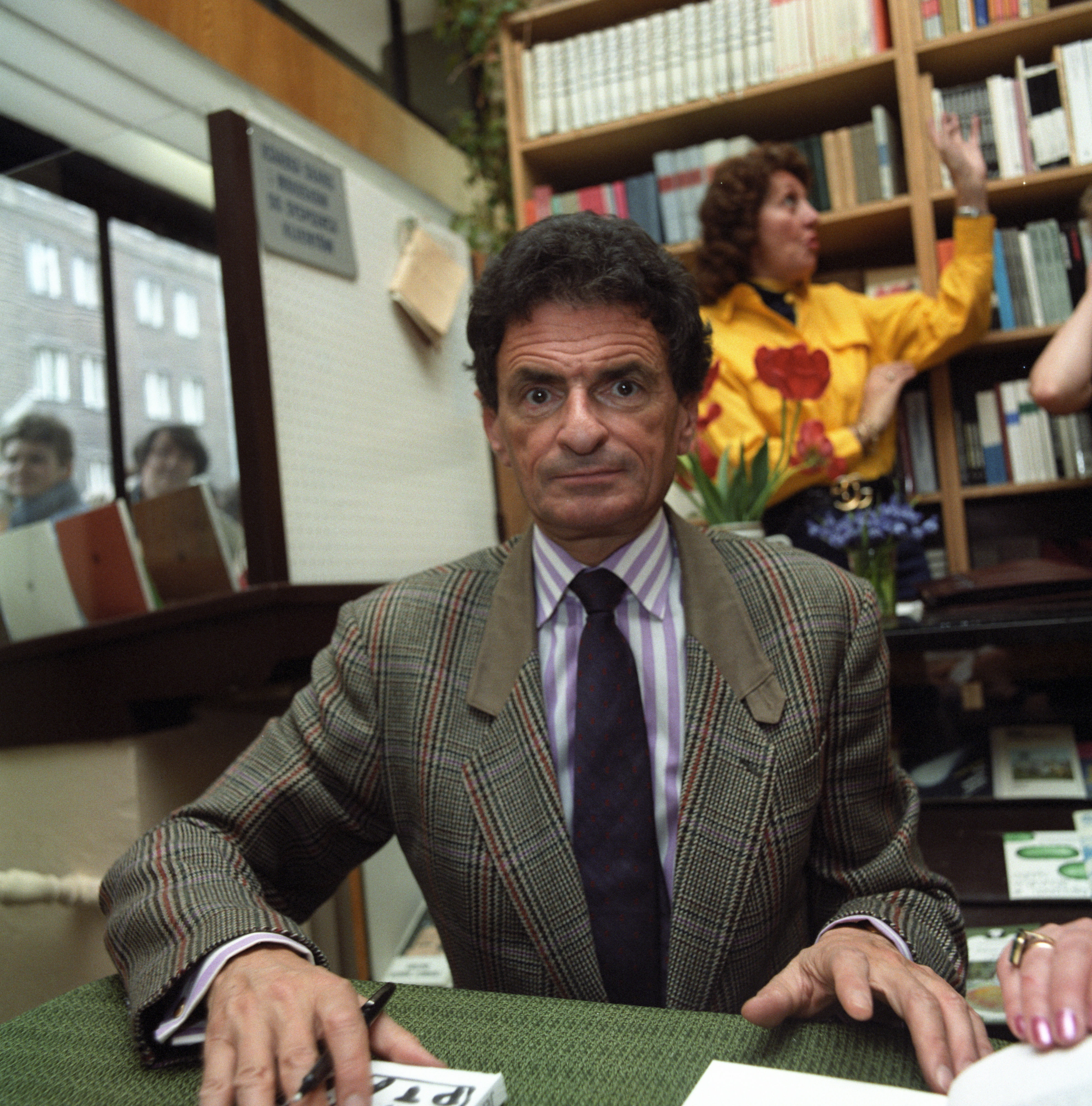 Well-educated and charismatic, Kosiński charmed the people he met with amazing stories, having no qualms about making things up and creating a different persona for every new audience.Cezary Słomiński/PAP

“He was a cruel man, a careerist. It was this golden vein that lifted him up and then destroyed him. America took a long time to catch up with the lies, but finally some people saw them. The Jewish circles promoted him and Kosiński needed them and their influence.” Becoming a poster boy for Holocaust survival and an award-winning author, Kosiński was the two-time President of the American Chapter of P.E.N. and even presented the Writing Award at the 1982 Oscars ceremony.

“America loves myths, but also loves to destroy them. As the truth came out, first after the Village Voyce articles, America felt deceived.” Kosiński’s fall from grace was painful and quick. First, the 1982 article by Geoffrey Stokes and Eliot Fremont-Smith in the Village Voice,  news and culture New York-based newspaper, revealed it was impossible for Kosiński to write the books he claimed to have authored. His English simply wasn’t at that level when he came to the United States and the differing style in which the books were written suggest several translators and ghost-writers were involved.

Kosiński committed suicide on May 3rd, 1991. 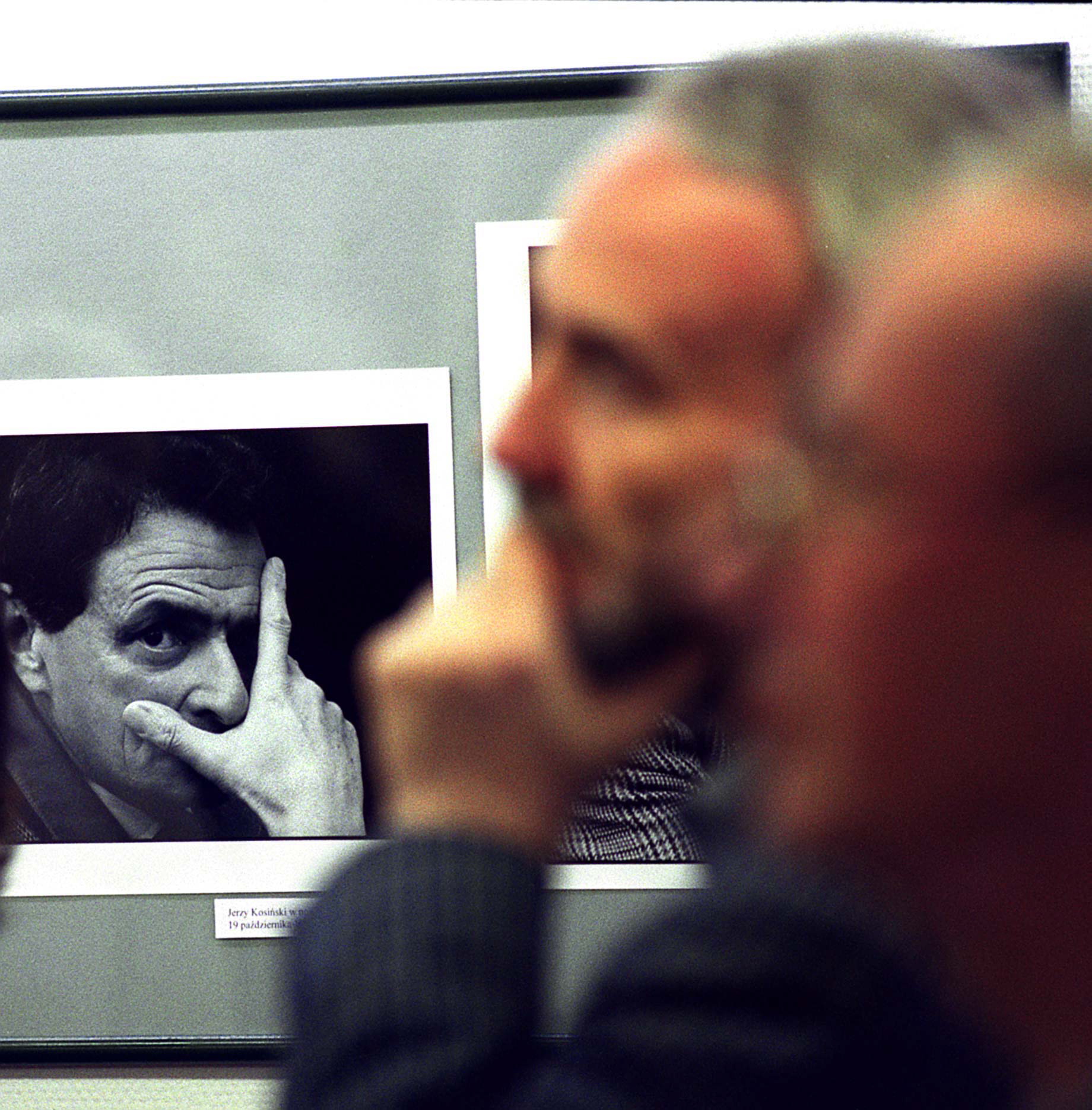 Even with the passing of the years and so many things said and written about Kosiński’s case, the memory of his extraordinary rise and fall is not about to die down. A movie adaptation of “The Painted Bird” directed by Václav Marhoul will be released in September. Starring Stellan Skarsgård and Harvey Keitel and with dialogues in interslavic language, it’s bound to inflame the discussion on Kosiński’s life once again. 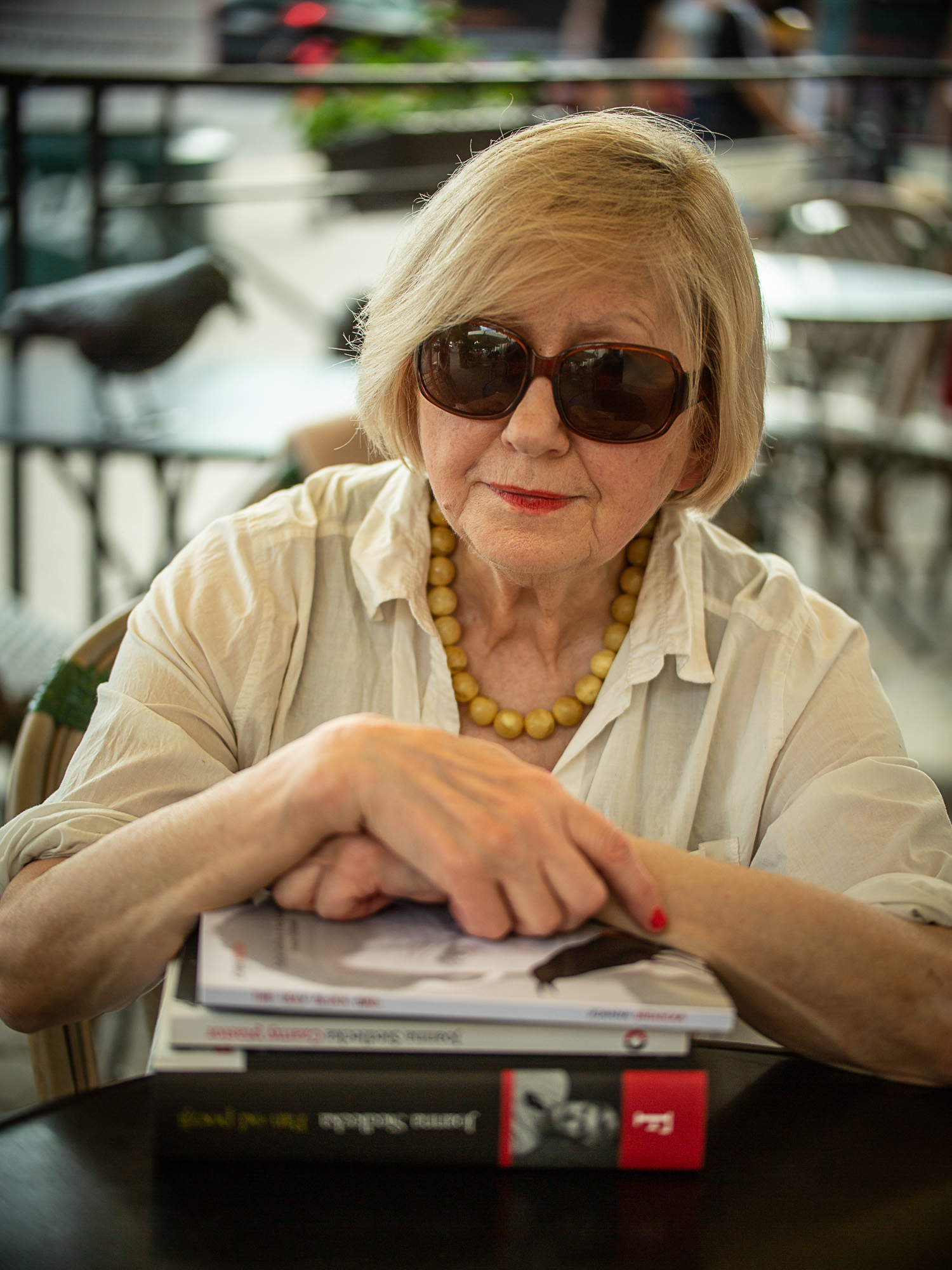 'A real writer is often a little bit of a narcissist. Kosiński could be symbolised by his book ‘Being There’, which was accused of plagiarism.'Kalbar/TFN

The question remains, what to do with “The Painted  Bird” itself. While not an autobiography and with uncertain author or authors, it remains a strong evocative novel, depicting the horrors of the human nature’s darker side. Kosiński’s deception and fall from grace may only add to its legend.

“Kosiński was a meteor, which flashed in the sky and then disappeared.  With time, the truth will out and for him time was cruel. He went too far, thinking himself untouchable. Perhaps he did want to commit suicide, after all he did so much wrong,” muses Siedlecka.