A 17th century painting looted by Hitler’s marauding troops during WWII has been returned to the National Museum in Warsaw.

The painting, Portrait of a Lady by Flemish artist Melchior Geldorp, was recovered after it was found at the home of two men living in Los Angeles.

Actor and opera singer Craig Gilmore and visual artist David Crocker unwittingly bought the artwork 12 years ago at an auction in New York.

They took it home and there it stayed on their wall for nearly a decade, becoming ‘a spiritual member of the family.’

Then two years ago, following an investigation by the Polish Ministry of Culture and National Heritage and the USA’s Homeland Security, and Immigration and Customs Enforcement, officials arrived saying that their favourite possession was actually an art-piece looted by Nazi Germany from Poland during WWII.

Geldorp’s Portrait of a lady had been in public collections in Warsaw from 1935 until the outbreak of WWII. It had been purchased by the city together with a collection of 94 other paintings.

Upon hearing the news stunned Gilmore and Crocker immediately agreed to hand the painting back. 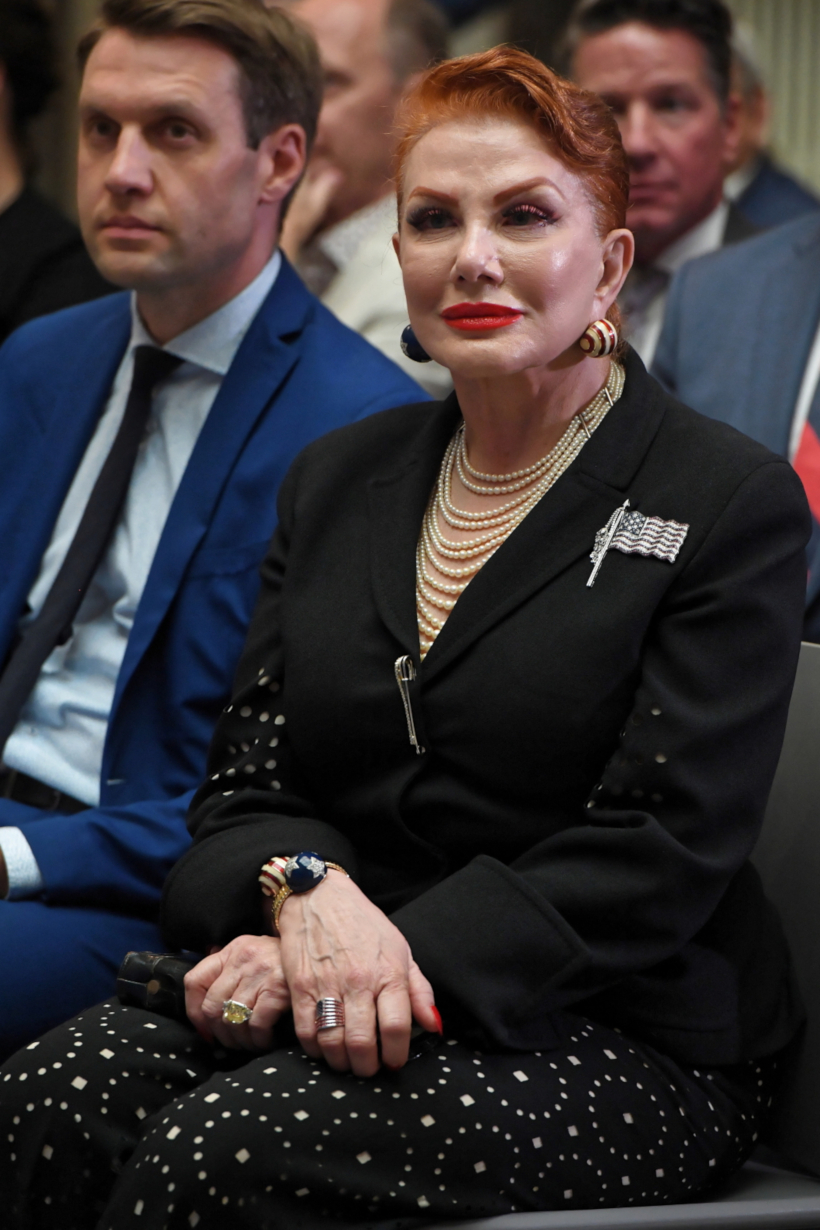 US Ambassador Georgette Mosbacher paid thanks to the two men at the ceremony in Warsaw, saying: Craig and David traveled to Poland just for this ceremony. And for you come to Poland, for this week, and for having restored Poland’s cultural heritage, we salute you!”Radek Pietruszka/PAP

Poland’s Deputy Prime Minister and Culture Minister, Piotr Gliński said at the ceremony yesterday: “After more than 70 years, the painting has been returned. It was stolen during WWII from the museum.

“Regaining this work of Geldorp's is the result of, and I would like to especially emphasise, extremely fruitful cooperation of the Culture Ministry and the American investigative services.”

He added: “I am sure, that together we will find many more looted art works, because it is still a lot of them to be found.”

Losses that Polish culture suffered during WWII are countless. Most of the valuable artworks – it is estimated that as much as 70 percent of what Poland used to possess before the war - were completely destroyed.

But thousands of masterpieces were looted by Nazi German troops and officials and transferred abroad before the war ended.

They have yet to be found.