From Cannes to Erotica: The work of forgotten Polish director Walerian Borowczyk revisited

‘Love Express: The disappearance of Walerian Borowczyk’ from HBO is the story of a stormy relationship between high art and sensuality.

Warsaw-based New Europe Film Sales CEO, Jan Naszewski, said: “It is an original insight into the twists and turns of the sexual revolution and its aftermath and a chance to rediscover a forgotten artist, who influenced many great contemporary directors.”

It is, in short, an intriguing tale of choices and consequences.

Born on October 21, 1923, in the small village of Kwilcz near Poznań, Borowczyk studied at the Academy of Fine Arts in Kraków, where soon after he become appreciated and awarded as a graphic designer and was one of the founding fathers of the Polish School of Posters.

He then turned to animated films and during the late 50’s, along with the talented Jan Lenica, made some remarkable, surreal short movies such as “Once Upon a Time” (1957) and “House” (1958).

A year later, in 1959, Borowczyk decided to move to France, a country he always considered the homeland of free art. He settled down in Paris and the same year created his first professional film outside of Poland, The Astronauts, together with France’s cult director, photographer and writer Chris Marker.

For the next decade Borowczyk concentrated on his animations and exploring different techniques including stop motion in his 1963 ‘Renaissance’. A year later he conceived “Les Jeux des Anges” (The Games of Angels), an animated film chosen by Terry Gilliam as one of the 10 best animated films of all time. 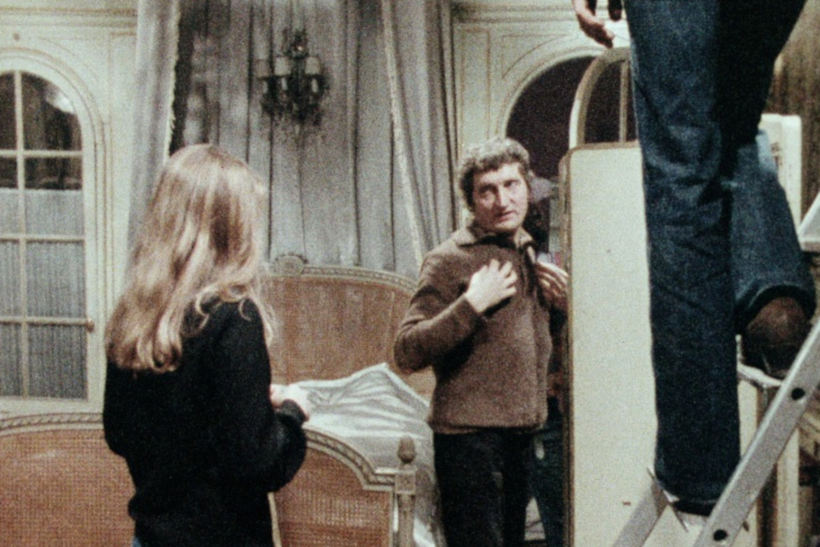 “Les Jeux des Anges was my first experience of animation that was utterly impressionistic. It didn't show me anything specific, just sound and movement from which you create a world of your own,” Gilliam said in 2001.

Borowczyk’s work quickly grew in recognition, gaining the status of a world master of animation and winning awards at all of the most prestigious film festivals – Annecy, Locarno, Oberhausen, Berlin and Mannheim.

In 1967, he made his first animated feature film ‘Mr. and Mrs. Kabal's Theatre’. It was also his last. Feeling that he achieved everything he could in animation, he moved into live-action films. And it’s here where his reputation as a smutmeister began.

His next film was made in less liberal communist Poland.

‘The Story of Sin”, based on an epic Polish novel written in 1908 by Stefan Żeromski, was considered the most liberal movie in the history of communist Poland.

The last of Borowczyk’s famous films, titled “The Beast”, premiered in France in 1975, at the Fantastic Film Festival. Heavily censored in several countries at that time – mostly because of its scenes of bestiality - it has, over the years, gained cult status.

Later his films were becoming more mainstream soft erotica, such as Emmanuelle 5, which he directed 1985.