A group of young entrepreneurs calling themselves the Four Musketeers are hoping to revolutionise the face of Warsaw with a 10,000 sqm, all-in-one, multifunctional eco-centre.

The solar-powered, five-storey, vegetation-covered complex called IMPLANT, which will house a shopping mall, entertainment hall, cultural centre as well as trendy Polish designer boutiques, is also planned to be the largest smog catcher in Europe. 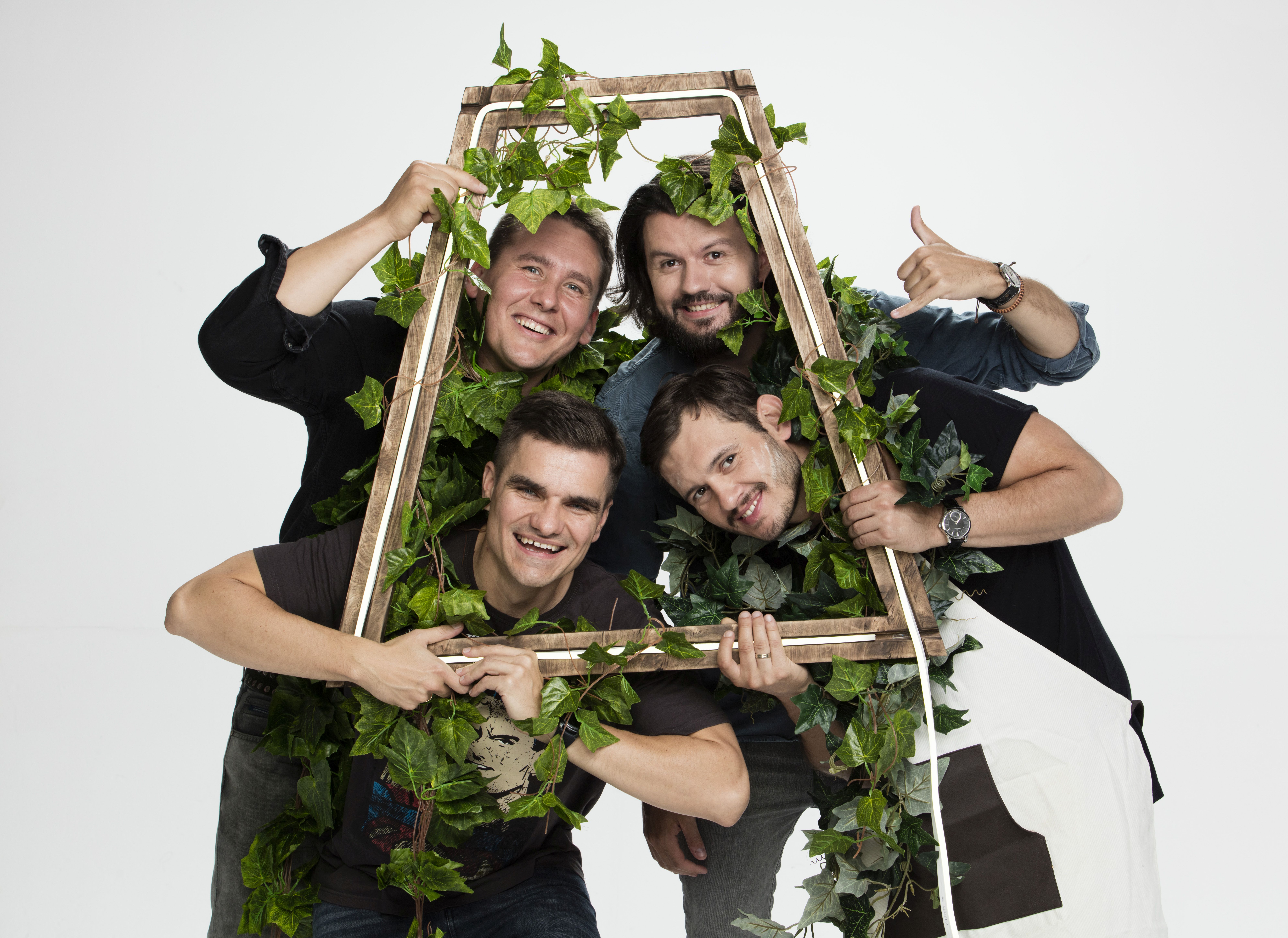 The ‘Four Musketeers’ – Łukasz Koziński, Piotrek Gowron, Konrad Zagórski and Zbigniew Bagiński, initially came up with IMPLANT because they wanted to create a space that would allow people to breathe deeply.IMPLANT

Bagiński told TFN: “Łukasz knew the catering industry from the inside, Piotrek, the world of finance. They knew, however, that to achieve success they also needed someone who organizes events effortlessly, is not afraid of risk and who breathes the soul into IMPLANT. So, Konrad and I joined the team.”

Explaining the project, he continued: “IMPLANT is to be a kind of social experiment that will not only connect different social groups, but will also have educational and inspirational functions.”

“We want to change this space for the local community. We would like to create life on [the street] Chmielna 75 once again and we want to do it in a bottom-up way and invite the entire Wola population here. 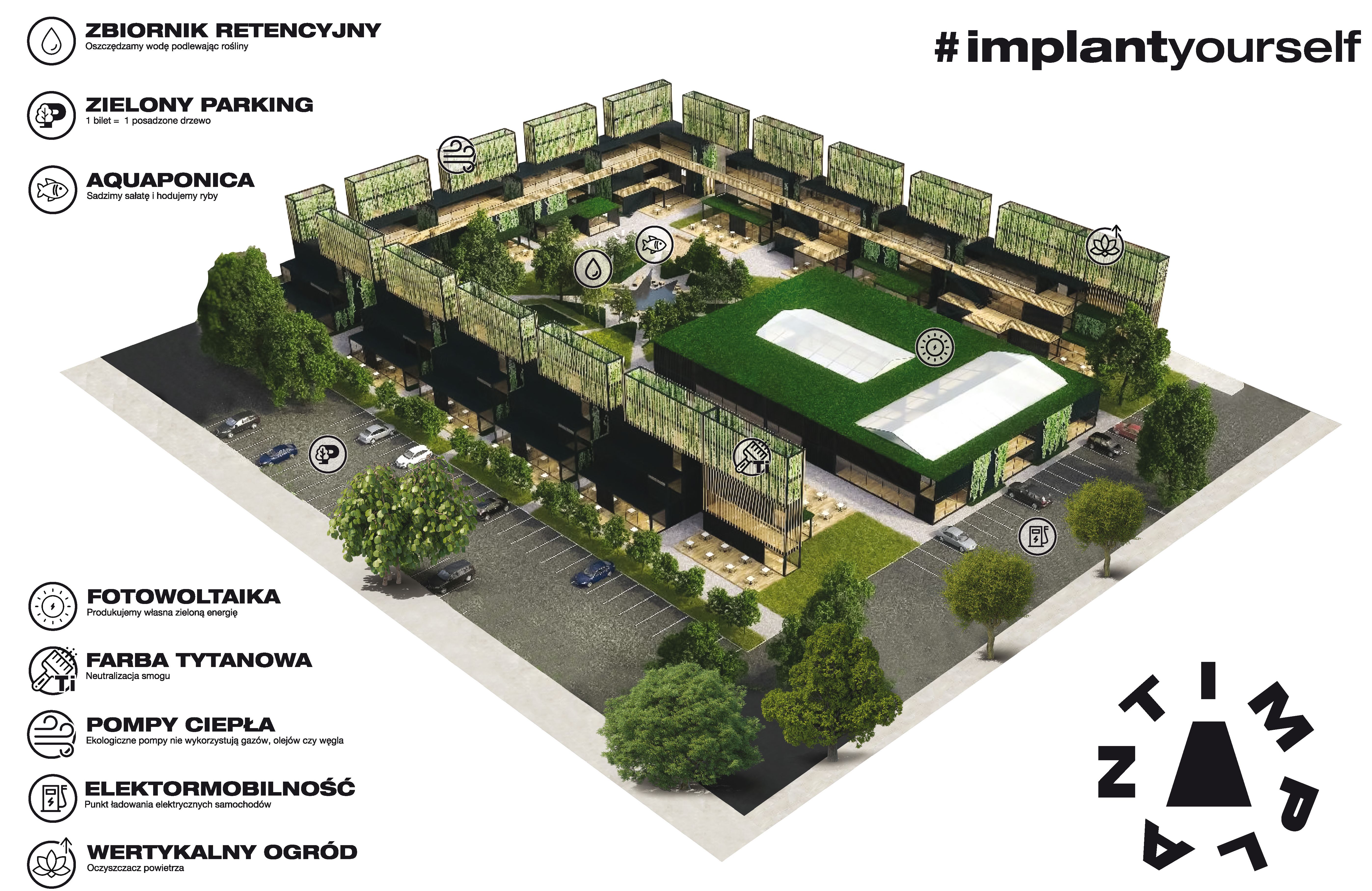 Designed by architect Jakub Szczęsny, the investment will be built on a plot of over 10,000 sqm, in the very centre of Warsaw.IMPLANT

“The unprecedented combination of functions, catering, entertainment, and shopping with environmental, educational and integration activities, will make IMPLANT such a unique place.”

Based on a similar concept to pop-up Brixton and Bangkok’s Art Box, the complex will have three main zones: food and catering, service and commercial areas (with small boutiques of Polish designers), and an events hall dedicated to workshops, exhibitions and lectures.

In addition to standard service and commercial functions, there will also be a children's museum, a social garden, and various cultural-entertainment activities, including intergenerational dance events geared for seniors. 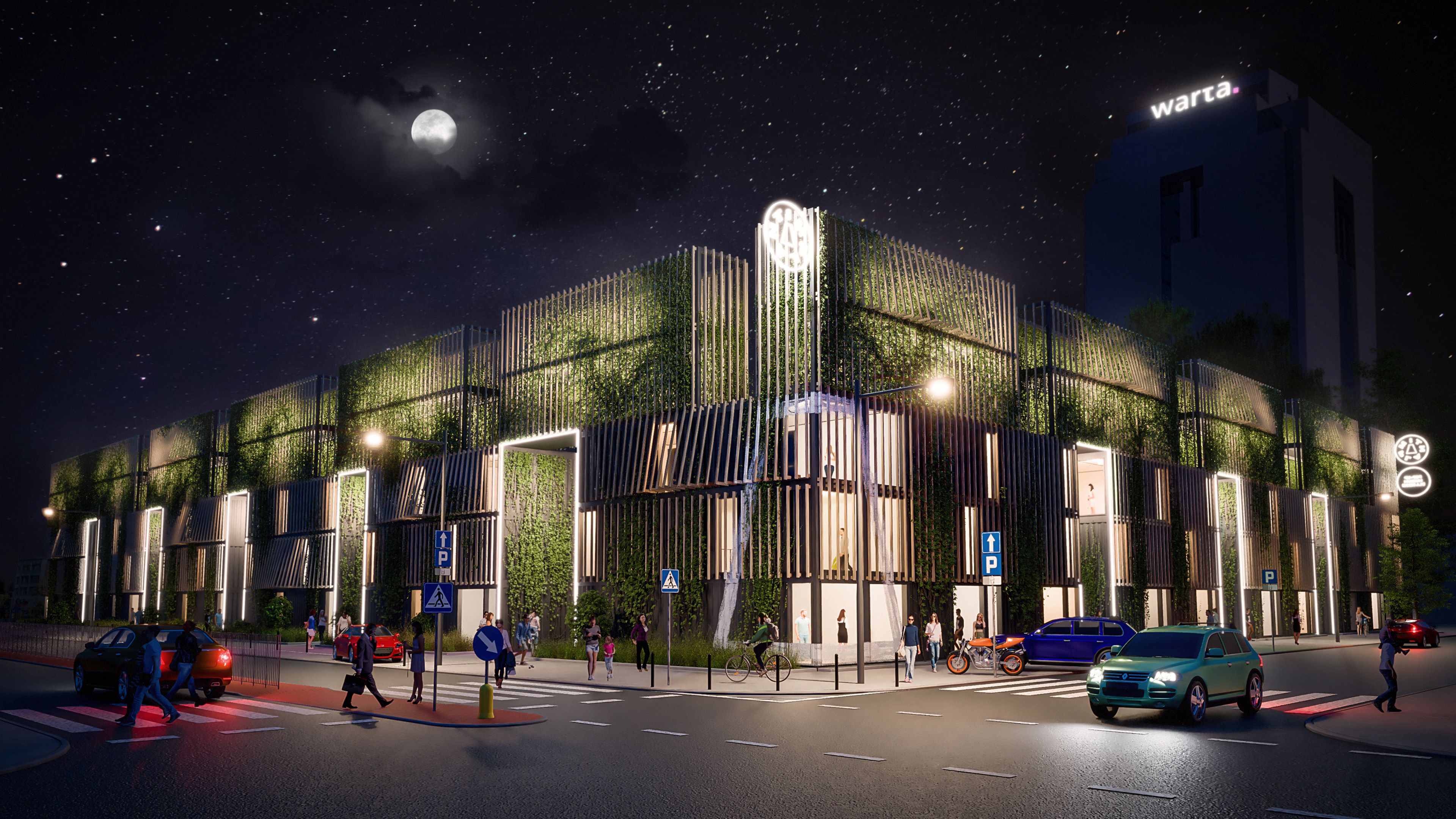 The investors want to create a space for small Polish businesses overlooked industries such as carpentry, tattoo artistry and craft beer.IMPLANT

The driving ethos behind the project however is environmental.

Bagiński said: “Urbanization of the city [of Warsaw] is enormous, and there is very little green space. The city must breathe. There is a lot of smog and we want to fight it.”

To achieve this, the structure’s walls will be covered in a special titanium paint used to oxidise smog particles when exposed to UV light and a spectacular garden will be draped along the outer walls to help tag team against urban air pollutants.

In addition, the complex will run on clean energy in the form of solar panels and air pumps.

Started in November, the IMPLANT project will be open to the public by the summer of 2019.