Forty years ago today Leszek Cichy and Krzysztof Wielicki completed the first winter ascent of the highest mountain in the world, Mount Everest.

Supported by a 20-person strong team led by Andrzej Zawada the Polish duo climbed to the height of 8848 meters, despite the extreme wind, constantly changing weather conditions and the looming expiration of the entry permit, which was finally extended by the Nepalese authorities for two days.

Poles, who due to political reasons couldn’t easily travel abroad, were late to the race to summit the highest mountains in Himalayas. In the eighties, when it finally became possible, what was left was conquering the eight-thousander in winter – a feat many thought impossible. 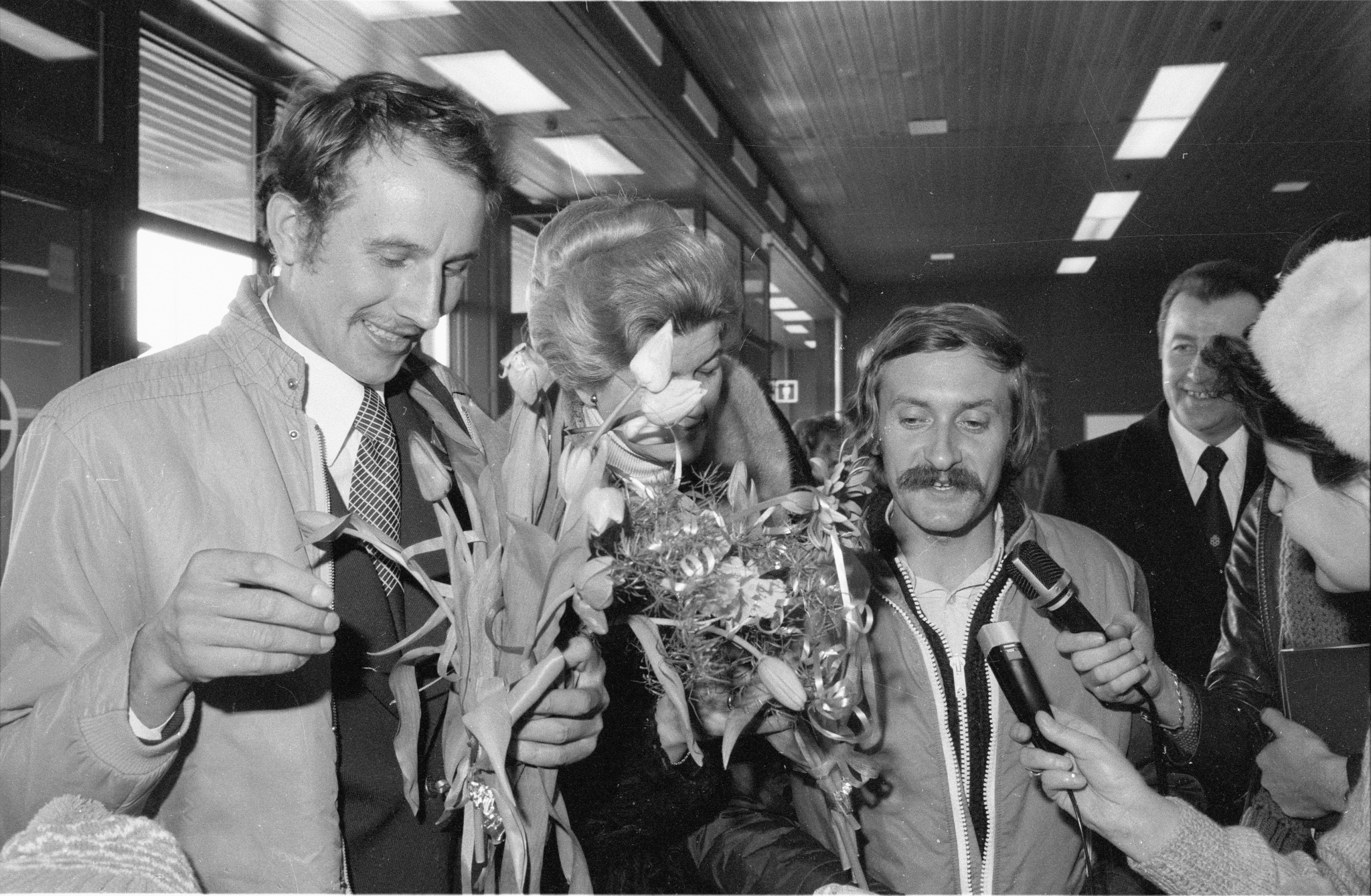 Upon their return the two men were greeted as heroes.Tadeusz Zagoździński/PAP

In an interview with PAP Leszek Cichy said that the 1980 National Winter Expedition to Mount Everest was trying to conquer a myth, just as the first men who summited the mountain on May 29th, 1953, New Zealander Edmund Hillary and Sherpa Tenzing Norgay.

Cichy said: "They didn't know what the end of the road was like, and we didn’t know if we could handle the winter conditions.

“Not as Poles, not as Wielicki and Cichy, but simply as people. It was Hillary who said he couldn't imagine living above 7000m in winter. But faith pushed us up.”

Wielicki was the 101st and Cichy the 100th person to summit Mount Everest and the first to do it in winter.

He recalled the moment they spoke on the radio with the basecamp: “My first words were ‘Halo, Andrzej [Zawada – TFN], do you know where we are?’. 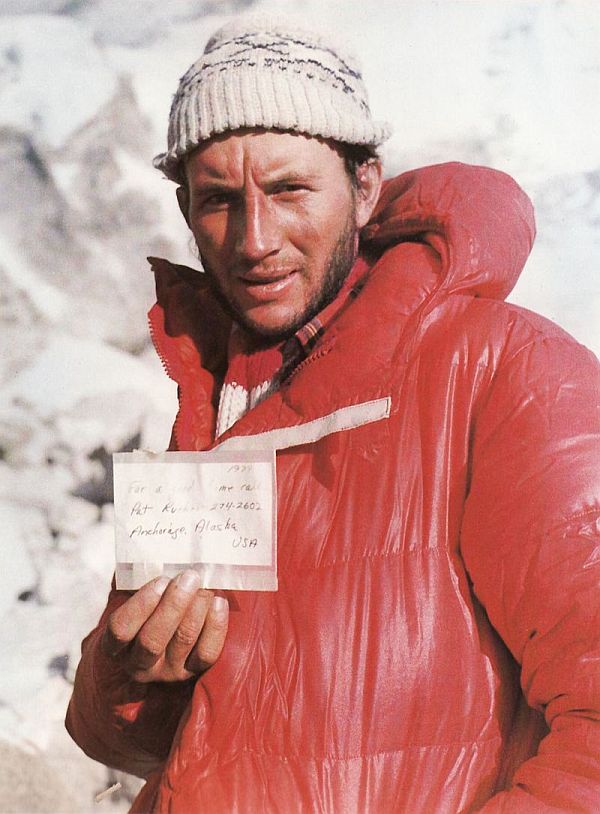 After their successful ascent, Leszek Cichy found a note left by alpinist Ray Genet who died on the way down.Public domain

“Then together we shouted into the handset ‘On top of Everest!’. We were so happy we succeeded. We were there on behalf of all the members of the team. Everyone gave their all.

“We spent 40 minutes on the top, leaving a rosary among other things.

“We took some stones with us and a piece of paper left by our predecessor, who summited the mountain in Autumn, American Ray Genet, who was killed during the descent. The content of the card began with the words: ‘For a good time call Pat...’”

To achieve overall success, the descent was even more important than the ascent. The supporting alpinists in lower camps had no idea of their condition and were avidly waiting for news. 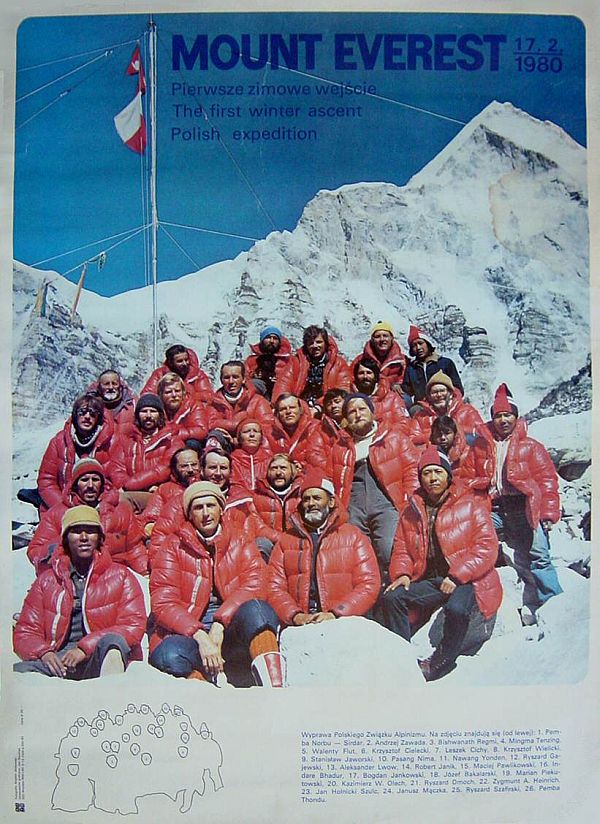 Cichy and Wielicki were supported by a 20-person strong team led by Andrzej Zawada.Public domain

Many climbers who managed to reach the top would perish on their way down.

Cichy recalled: “We were going up using a different path than when we were going down, more sheltered from the wind.

“On our return we found the body of Hannelore Schmatz, a German woman who froze after summiting Everest in autumn 1979. American Ray Genet, whose body was never found, died with her as well.

“On the way to the top we found traces of their camp site. All this made a big impression on us and motivated us to get down as soon as possible. For the few days of the summit attack we exchanged maybe five sentences with Krzysztof.” 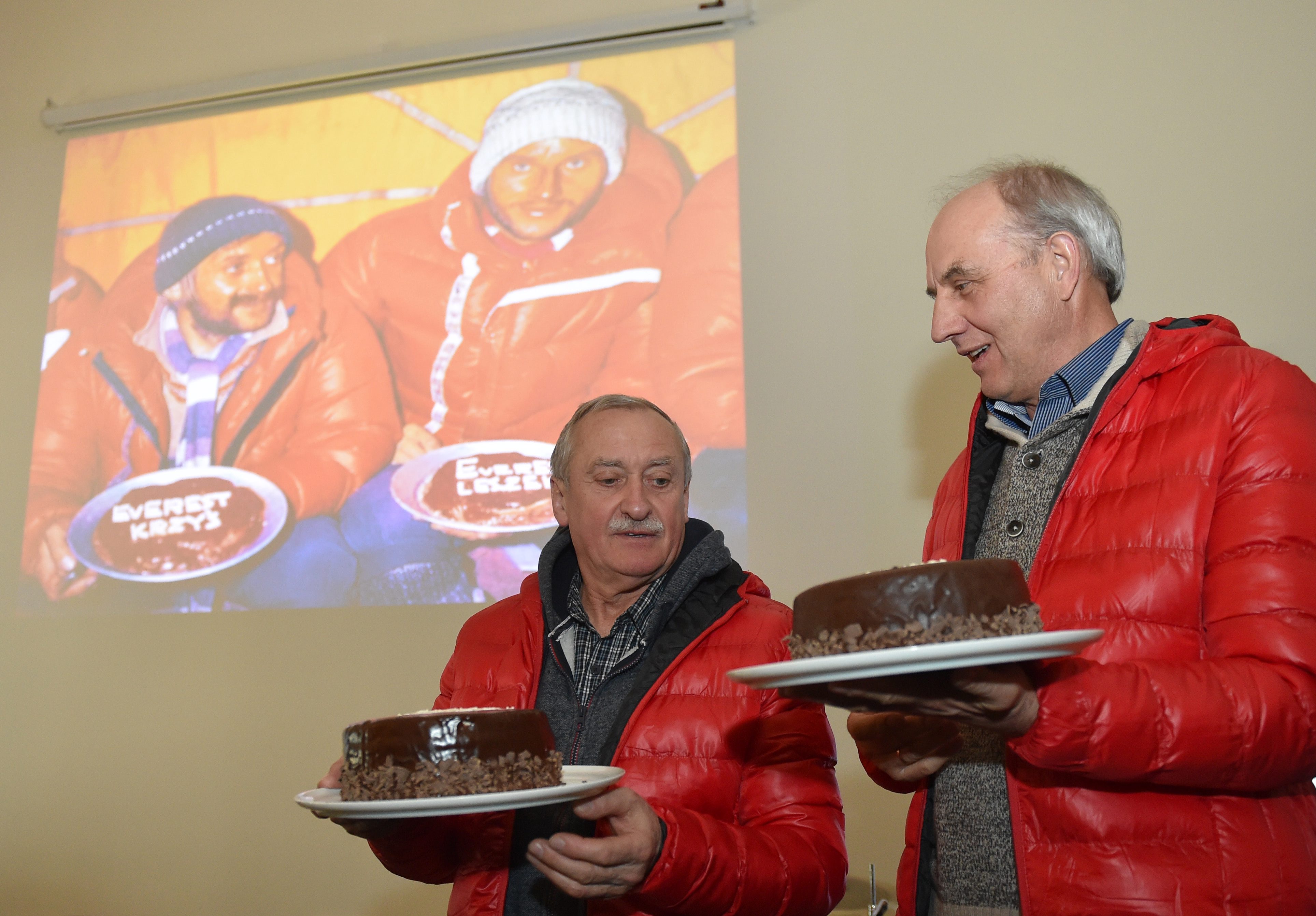 Reminiscing about their achievement 40 years later, the now 68-year-old Cichy said: “It initiated our Polish exploration of the Himalayas and a great era in the highest mountains.

“We were the first in the world to break through those barriers. It certainly influenced us too, but we treated it as something great for Poland.”

“I don't look at it as an individual achievement, but as a collective success. This is of great value.

“We finished what all the participants of the expedition worked for. (…) We showed that it’s possible to explore Himalayas at this time of the year. History proved that this is how the golden era of Polish winter Himalayism began.

“We were the first and very soon we summited six consecutive eight-thousandth peaks at this time of year,” added Wielicki. 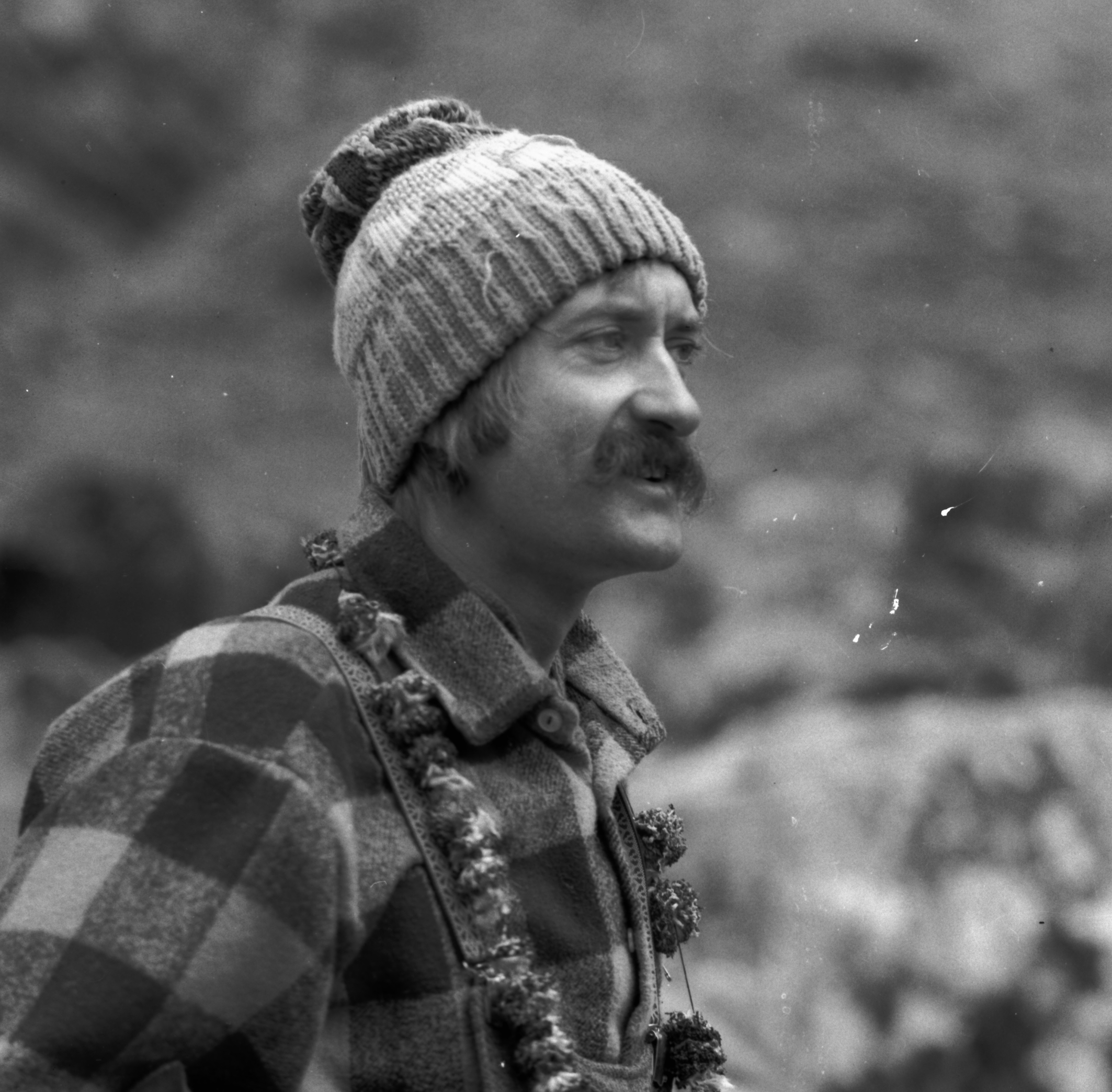 Wielicki went on to become the fifth man to achieve the Crown of Himalayas – climbing all 14 mountains higher than eight thousand meters.Hryciów/PAP

To this day Krzysztof Wielicki and Leszek Cichy remain legends of Polish Himalayism.

Wielicki went on to become the fifth man to achieve the Crown of Himalayas – climbing all 14 mountains higher than eight thousand meters.

He was also the first to summit Kangchenjunga, and Lhotse in the winter, apart from Mount Everest. To this day he is an active alpinist, leading Polish winter expeditions to K2.

Cichy is the first Pole to complete the Seven Summits challenge – climbing the highest mountains of each continent. 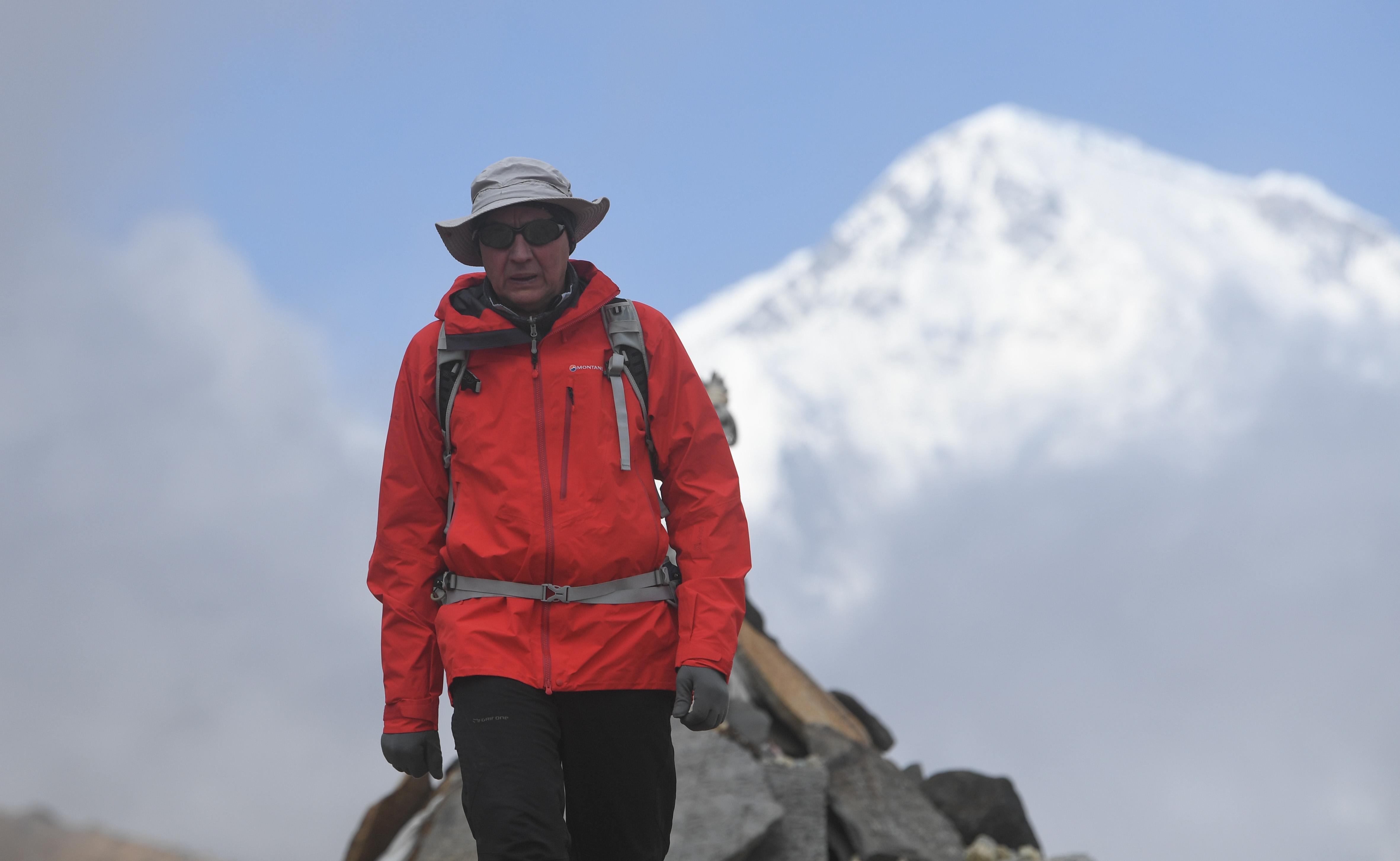 Cichy is the first Pole to complete the Seven Summits challenge – climbing the highest mountains of each continent.Bartłomiej Zborowski/PAP

Until now, only three climbers from Japan and two from South Korea have repeated Wielecki and Cichy’s achievement.

Poles remain the leaders of the winter climbing in Himalayas. Out of 14 eight-thousanders ten were summited for the first time in winter by Polish alpinists, including one with Italian Simone Moro.

Only K2 in Karakorum (8611 m), the second highest peak in the world, remains unconquered.