First hidden from the German Nazis and then the Communists thereafter, a historic 18th-century eagle-shaped lectern has been returned to its rightful perch in Gdańsk’s St. Nicholas Church for the first time in several decades.

Cast in 1764 to honour the election of Stanisław August Poniatowski to the role of king, the cost of the original object was funded by its creator, Ernest Fryderyk Koch. Composed of a Polish crown-wearing eagle clasping the city’s coat of arms in its talons, it became a much-loved feature of the church and a valued patriotic symbol.

“Stanisław August Poniatowski spent seven years of his childhood in Gdańsk studying under Gottfried Lengnich, so Koch’s eagle expressed the hopes that the inhabitants of Gdańsk attached to the election of this king,” says Professor Andrzej Januszajtis, the supervisor of the project. “Even during the partitions, the eagle aroused strong feelings of patriotism among Poles.” 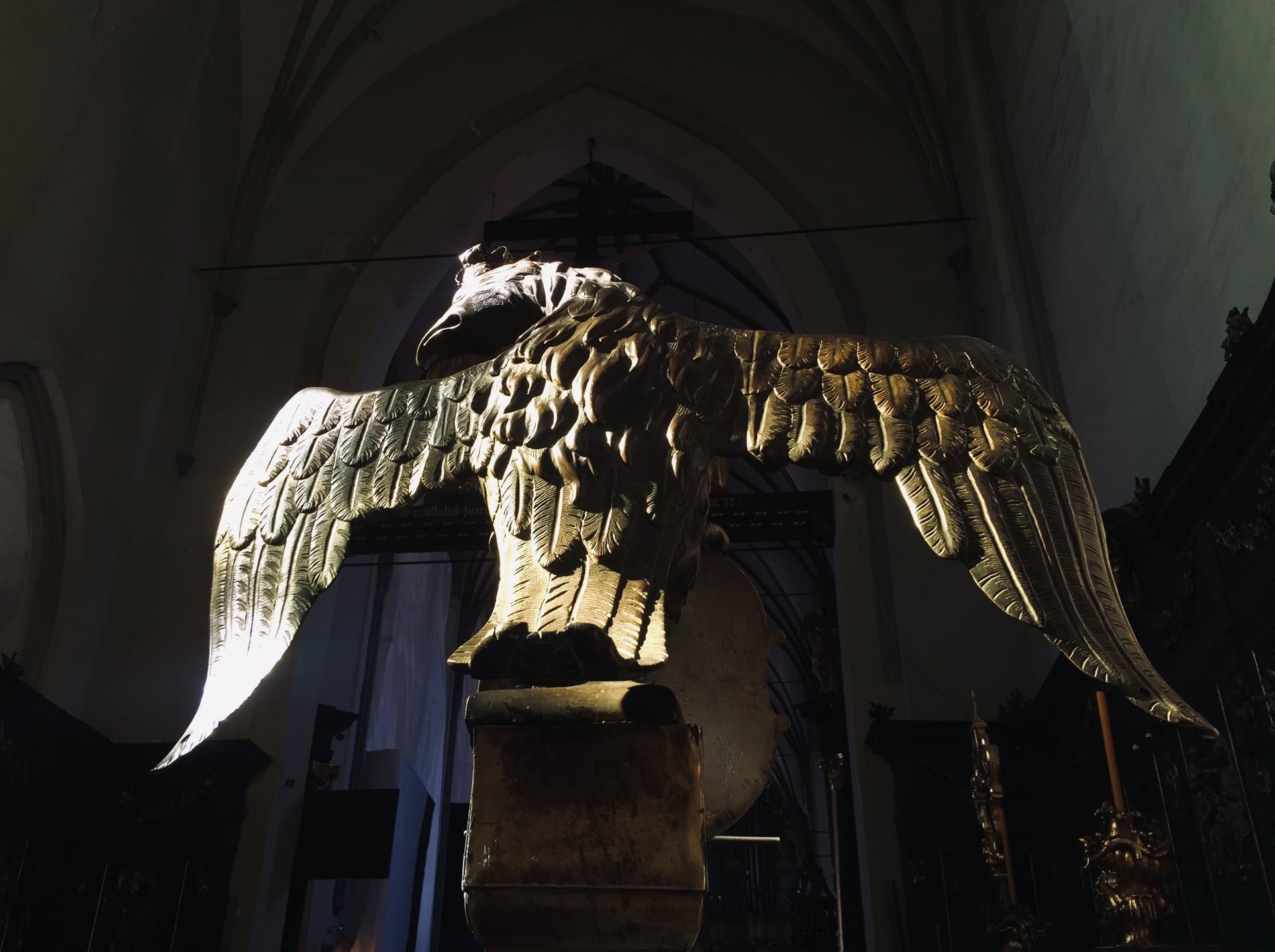 The eagle was cast in 1764 to honour the election of Stanisław August Poniatowski to the role of king.Dominikanie Gdańsk/Facebook

“We have well-preserved sources and testimonies from the 19th century regarding this lectern,” adds Father Michał Osek. “It became an emblem of the Republic of Poland and an important symbol of our complicated history – during the partitions, it helped remind Poles about their homeland.”

First positioned in the presbytery, it was later shifted to stand under the main altar and was traditionally decorated with flowers by female worshippers.

Successfully hidden from the German Nazis and, subsequently, Red Army looters, it faced further challenges once the true nature of communism revealed itself. Aware that its rich monarchical references would attract the wrong kind of attention, it was initially concealed behind the principal altar before being dismantled into different pieces and hidden in clandestine locations around the church.

Over time, however, elements of the lectern began vanishing without a trace: first the sceptre, then the coat of arms of itself. Despite appeals issued in later years for the return of these items, they remain missing to this day. 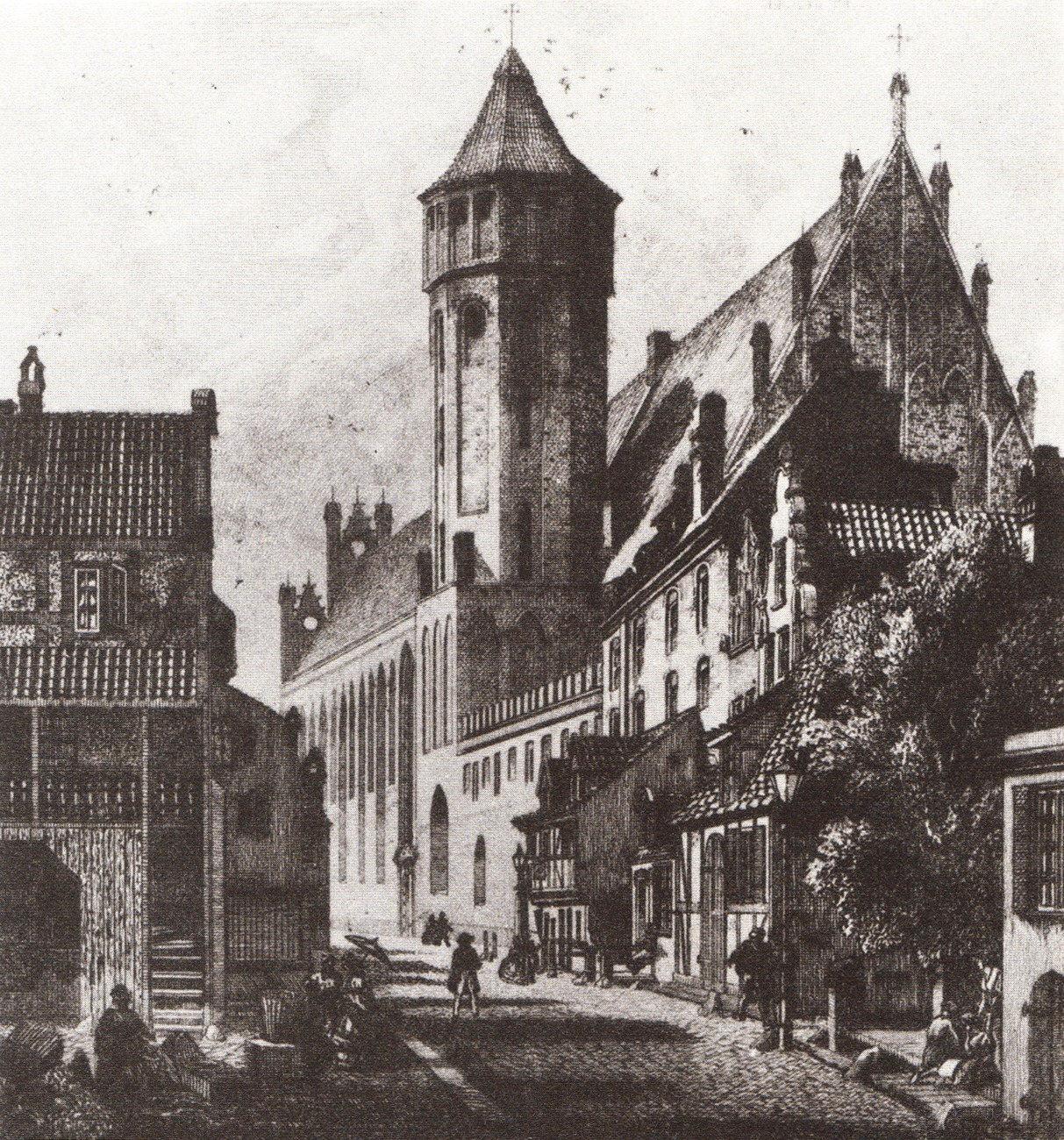 Famed for its elaborate choir stalls, majestic altars and rich oak and marble interiors, the church only recently reopened.Dominikane Gdańsk/Facebook

With the rest of the lectern simply left in the crypt and sacristy in more recent times, the decision was eventually taken to restore it as a whole.

Financed by a generous donation from GIWK, the city’s water and sewage authority, the PLN 12,300 conservation process took nine months, with much of the restoration handed to an inter-disciplinary team fronted by Kamila Ślefarska, who led the restoration process.

“We decided to restore the lectern and reconstruct the missing parts,” explains Osek. “The coat of arms, for example, were recreated using a photograph we have. Should the original pieces ever be found – and I believe they do exist somewhere – then we’ll just swap them in for the replacements.” 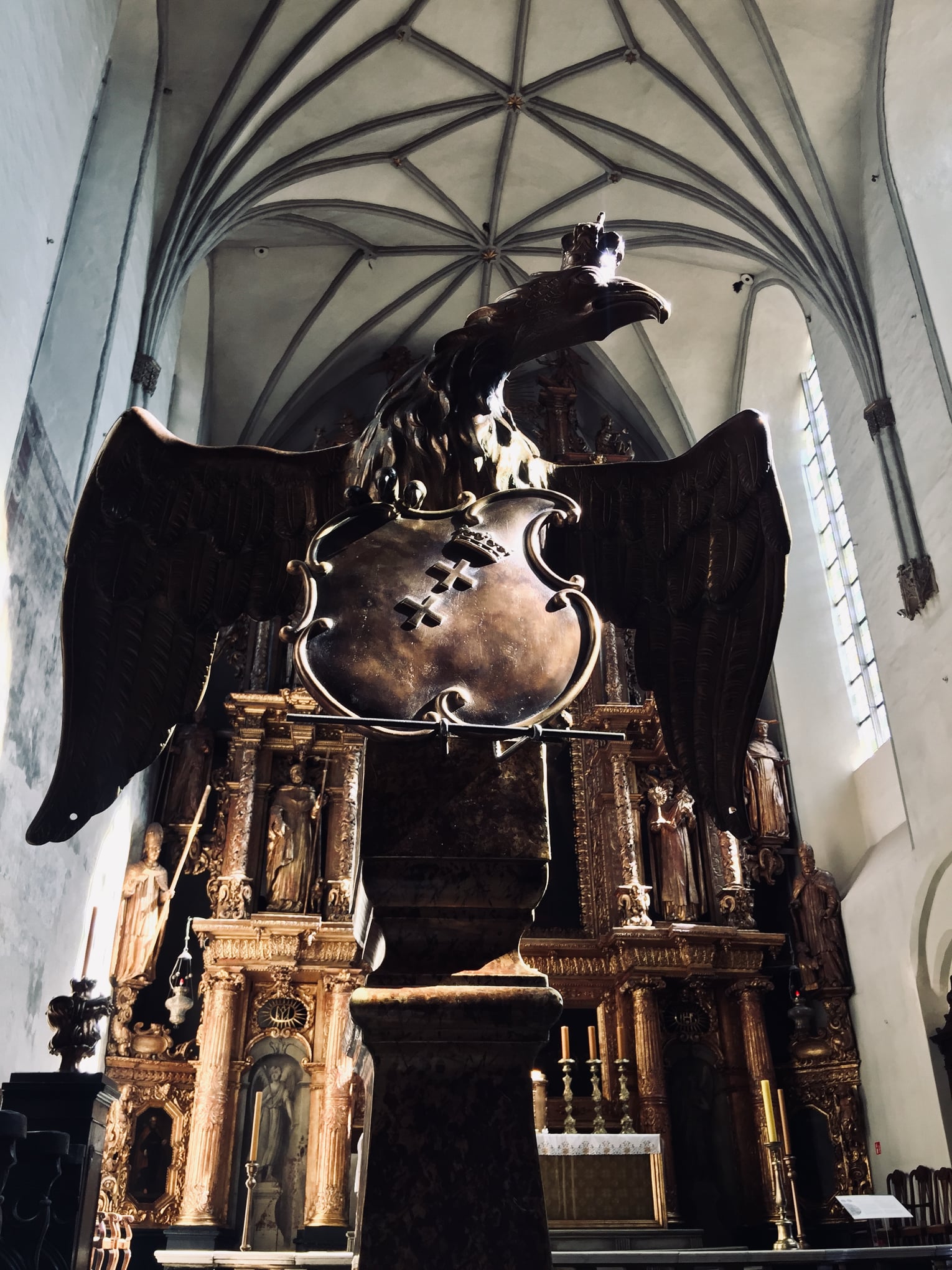 Founded by the Dominican Order, and thought to have been completed in the 14th century, St. Nicholas was the city’s first Catholic church and was the only one in the old town to survive the Red Army’s wave of destruction.

According to some sources, it was spared only because of the Orthodox veneration of St. Nicholas, though others have also stepped forward to claim that marauding Soviet troops were bought off after accepting bribes of wine stored in the church’s vaults.

Famed for its elaborate choir stalls, majestic altars and rich oak and marble interiors, the church only recently reopened after the completion of a two-year emergency programme to steady its foundations.

Opposition leader calls for separation of church and state