First mistaken for a typewriter, divers discover rare Enigma machine at the bottom of the Baltic

Divers have discovered a WWII Enigma cipher machine at the bottom of the Baltic Sea, a find so improbable that it was initially mistaken for an old typewriter.

The discovery was made in the Gelting Bay off the north-east coast of Germany while divers from the environmental organisation WWF were hunting for ghost nets – the remains of lost fishing nets which can pose a threat to the lives of fish, porpoises and sea birds.

In this case, however, the nets revealed an Enigma, the coding machine used by Nazi Germany to encrypt communications between the SS, Gestapo, Wehrmacht and many other organisations in the Third Reich. 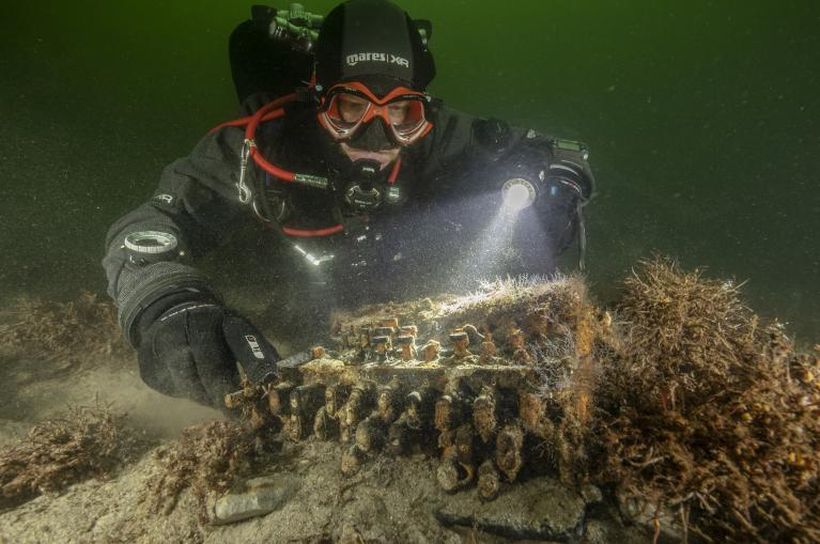 The Enigma Museum in Poznań said: “The machine is in quite good condition, but not ‘perfect’. It is severely deformed and there is little chance of getting it back in motion.”

The breaking of the Enigma’s encryption code had a huge impact on the course of the war as well as the final Allied victory. The outstanding Polish mathematician and cryptologist Marian Rejewski and his fellow cryptologists from the Cipher Bureau, among them Henryk Zygalski and Jerzy Różycki, made an enormous contribution to this success. 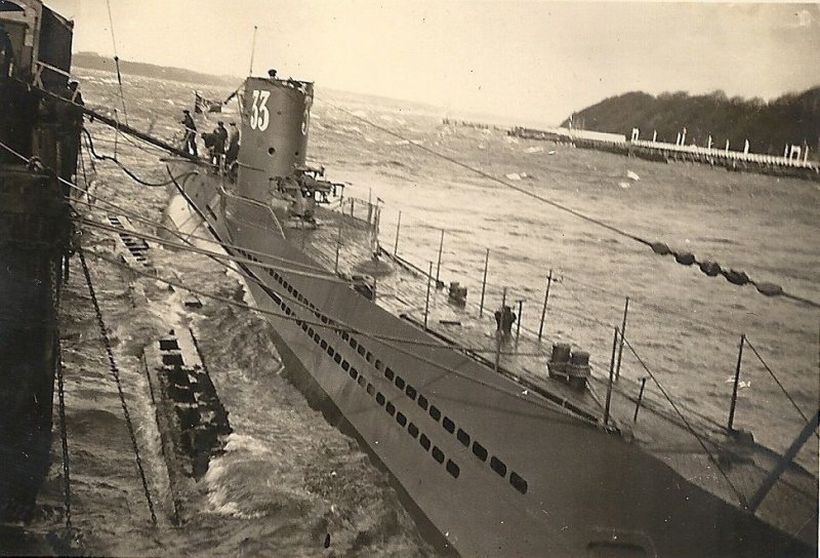 Some have speculated that the machine was deliberately thrown into the sea after U-boats were given the order to surrender.Stwórzmy Muzeum Enigmy w Poznaniu/Facebook

Initially, the team of divers were unaware that they had stumbled across an important historical artefact.

“A colleague swam up and said: there’s a net there with an old typewriter in it,” said Florian Huber, an underwater archaeologist and diver that was part of the team that found the machine.

The find is significant because although Enigma cipher machines were produced in large quantities, very few copies have survived to this day, making them all extremely valuable historical exhibits. 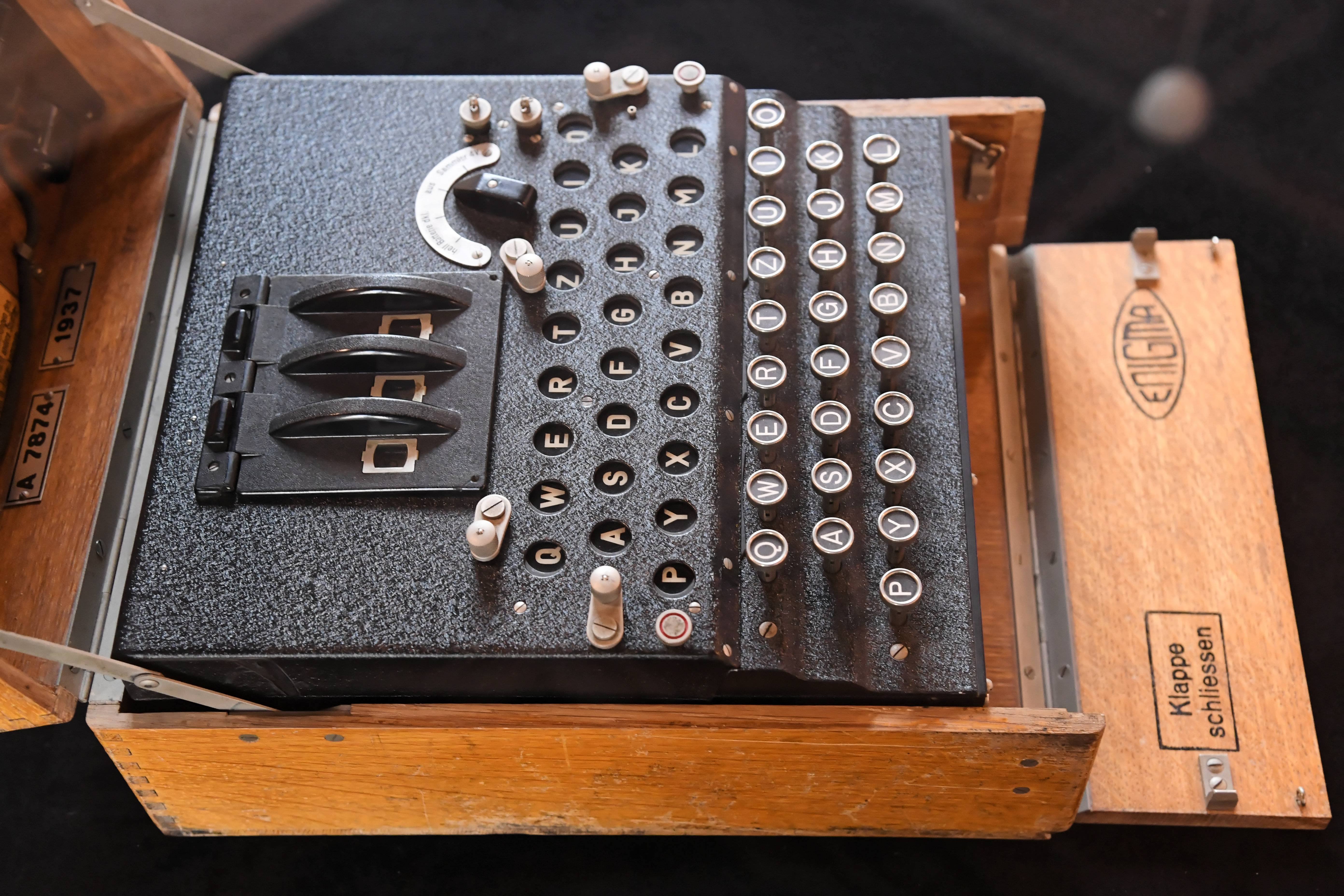 The Germans destroyed most of their Enigmas machines towards the end of the war. The Kriegsmarine sank 50 submarines in the Gelting Bay so as not to hand them over to the Allies.

In a Facebook post, the Enigma Museum in Poznań revealed: “The Enigma was deliberately THROWN into the sea on May 4th or 5th when U-boats were ordered by Karl Donitz to end the war and surrender to the English. It is clear that the crews did not want a top-secret code device to fall into the hands of the enemy, even when the war was already lost.” 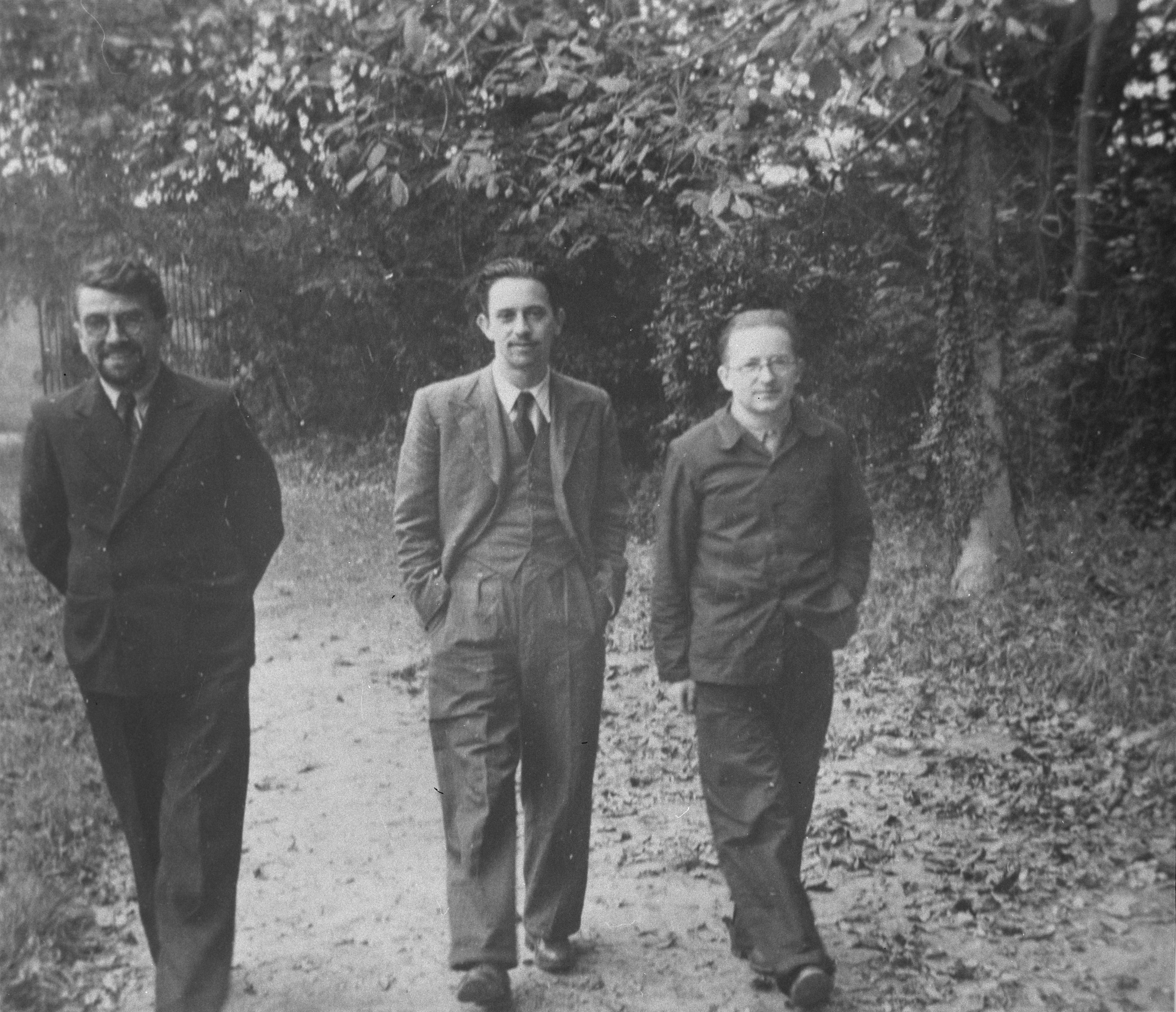 However, this version is doubted by Dr Jann Witt, a historian from the German Naval Association. He told Deutsche Presse-Agentur that he believed the machine was thrown overboard from a German warship in the final days of the war.

He claimed that it is less likely to have come from a scuttled submarine as U-boats used the more complex four-rotor Enigma machines. This version, he says, only has three rotors.

At the end of the Second World War, the Germans scuttled more than 200 submarines in the North and Baltic Seas, including off Flensburg, Eckernförde, Cuxhaven, Bremerhaven and Wilhelmshaven, as part of the ‘Rainbow Order’. 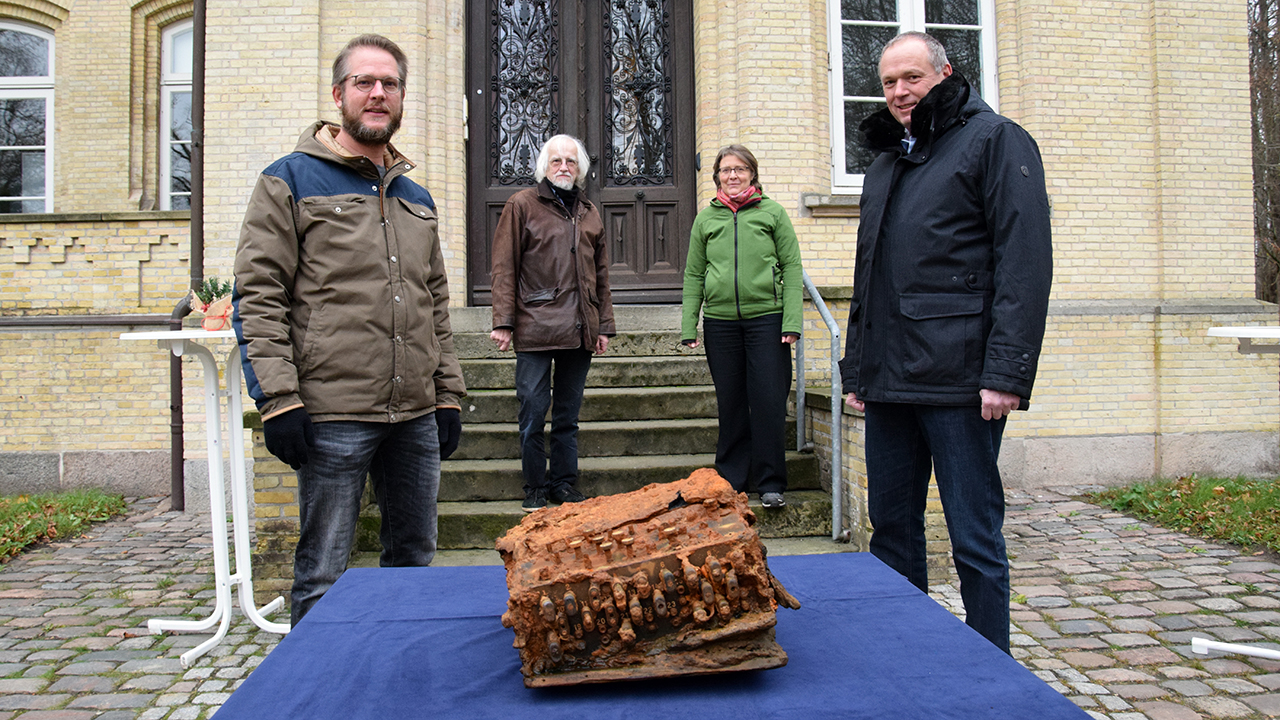 The destruction of encryption devices was always ordered first when a vessel was abandoned or scuttled.

Between 1948 and 1957, the submarines were lifted from the bottom of Gelting Bay and then scrapped. 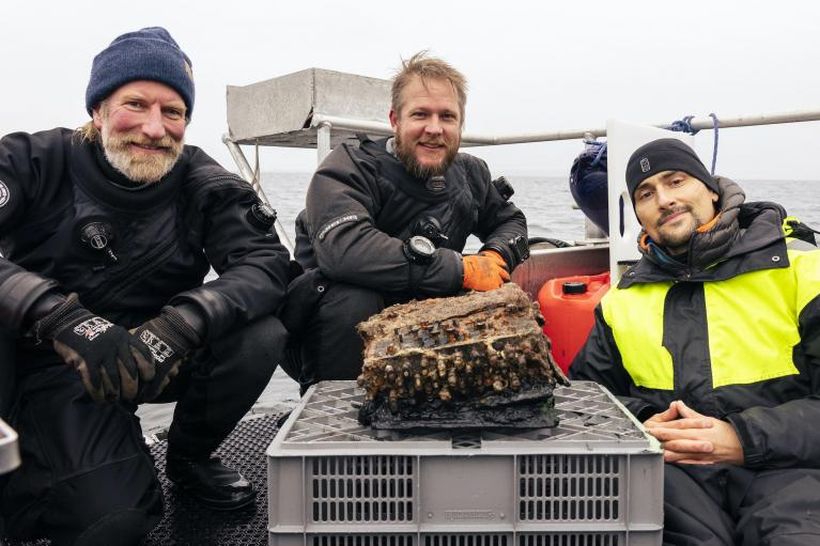 The discovery was made in the Gelting Bay off the north-east coast of Germany.Florian Huber/Submaris

After seventy-five years at the bottom of the Baltic, the saltwater has taken its toll on the metal parts of the machine. To stop the corrosion process, the Enigma will be kept in a bath with distilled water for about a year.

“In this way, the chlorides are flushed out and the decomposition, which takes place faster in the air, is stopped,” said a representative of the State Archaeological Office in Schleswig-Holstein.

During this time, however, it will be possible to examine it by taking x-rays and photographs. As soon as the restoration is completed, it will go on display at the Museum of Archaeology at Gottorf Castle.