Finally, a Polish name that’s easy to remember – and one TO remember!

On the global music map Poland is a goldmine of violinist and pianists, both classical and jazz. So I was quite surprised to read about a brilliant guitar player from Poland in the professional British magazine “Guitarist”.

There are moments of discovery that make me angry at myself. Where was I? Why didn’t I know that before? Recently I experienced just that when running through the pages of the latest edition of “Guitarists” (yes, the one with Woodstock as the cover story), the most prestigious of European magazines on everything guitar. First I saw a title of an album: “Palma Meets Chopin”. Then the rating – eight out of ten stars! 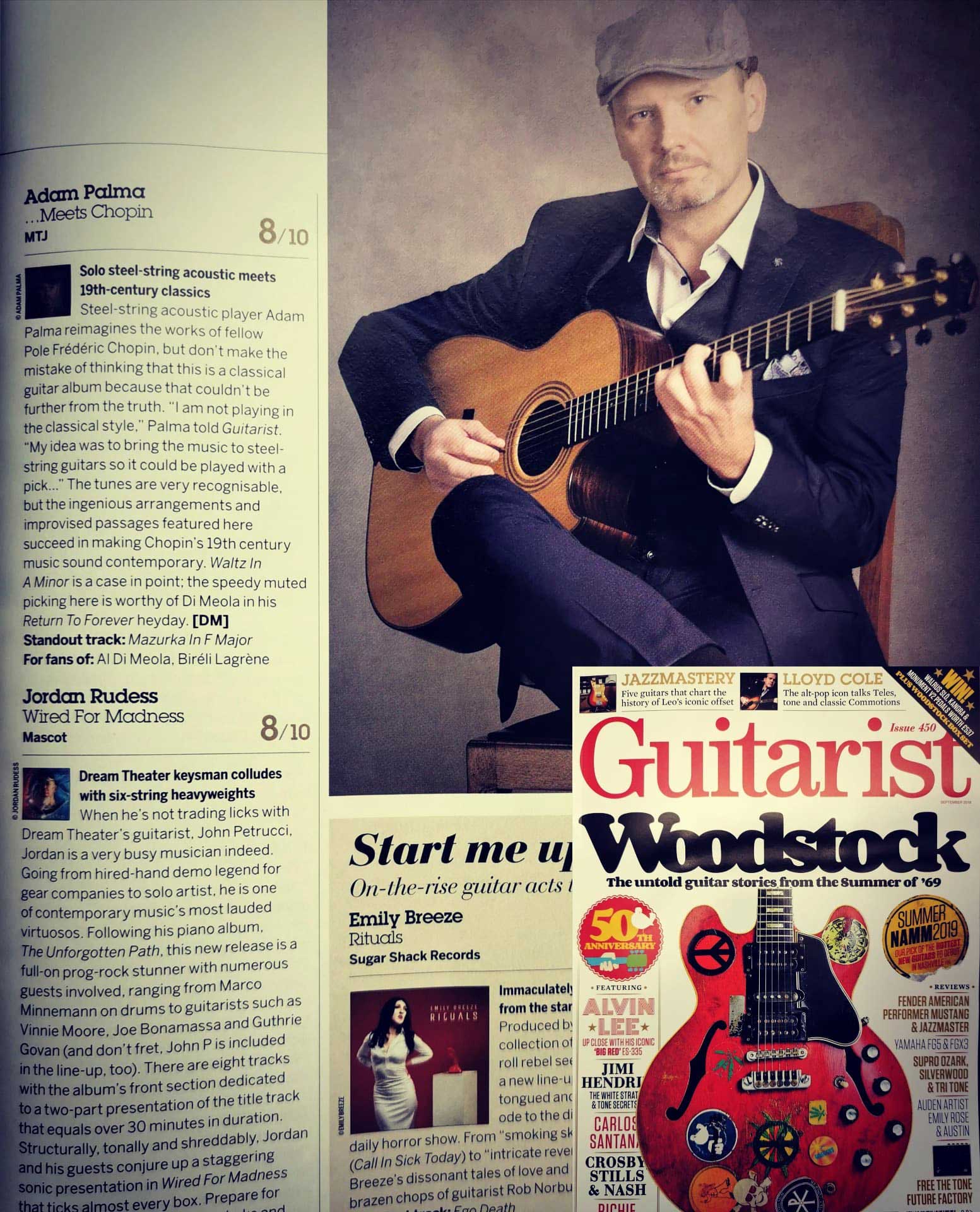 Dan discovered Adam Palma whilst browsing through an edition of the Guitarist magazine. Daniel Wyszogrodzki

Adam Palma, the man in question, is a Polish musician, who graduated from the jazz department of the Music Academy in Katowice, but has been living in Manchester, England for several years now. Holding a PhD in music he is professor of a guitar faculty there and a top name in guitar circles. His latest project is both adventurous and risky – Palma has arranged a selection of his beloved Chopin compositions for acoustic guitar he plays with a pick. 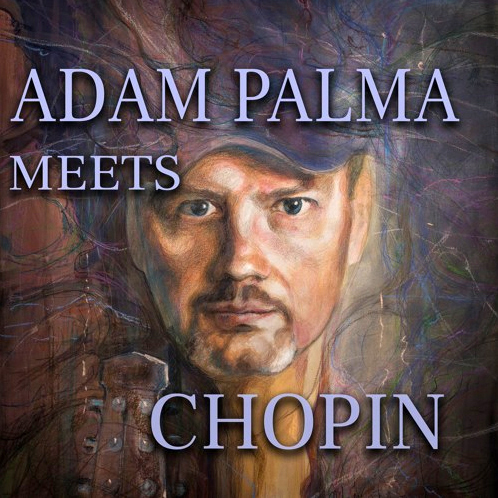 Palma re-imagined Chopin, altering the keys or time signatures in a way so that none of Chopin’s melodies are lost, while the harmony forms the basis for variations and improvisations.Press materials

He re-imagined (a cool word now on the music scene) Chopin, aware of all the limitations of his instrument as compared to grand piano. But he did a smart and intriguing job by – sometimes – altering the keys or time signatures in a way so that none of Chopin’s melodies are lost, meanwhile the harmony forms the basis for variations and improvisations.

Palma improvises with self-control, he never shows off his technique, but follows directions he finds within the music itself. He loves Chopin as much as all cultured Poles do, but being a musician he has a deeper understanding of the innermost beauty of his compositions. Thus he never abandons those melody lines, those amazing harmonies, he works along Chopin in his own way of re-imagination.

“The tunes are very recognizable, but the ingenious arrangements and improvised passages succeed in making Chopin’s 19th century music sound contemporary” – says Guitarist. Waltz in A Minor is a case in point; the speedy muted picking here is worthy of Di Meola in his Return To Forever heyday”.

The comparison to the American master is not an overstatement. The Polish guitarist has performed with the greatest guitarist of our times on equal terms. Al Di Meola was a part of the famous trio with two other guitar players, John McLaughlin and Paco De Lucia. Their show-stopper was an instrumental piece called “Mediterranean Sundance”. Watch Al Di Meola perform it with Adam Palma live and you will not believe your ears. And eyes, as the speed of their fingers makes it impossible to follow.

There’s more on YouTube. Start with Adam Palma’s tour-de-force “Rheged”, watch him play his guitar and make it sound like there’s two instruments playing at once. Guitar Player magazine featured this performance on their website in June 2017. Watch him play “Sunny” with Bireli Lagrene and Francesco Buzzurro. He even performed Seweryn Krajewski’s “Uciekaj moje serce” with Tommy Emmanuel.

When was the last time we’ve heard a Polish musician playing with such masters? Well, there’s Michał Urbaniak, of course. There’s Leszek Możdżer. Yet again – a violin and a piano. There was Tomasz Stańko, playing his inimitable trumpet. There is our other guitar hero, Marek Napiórkowski, playing with the best New York musicians, of course. But it is only Adam Palma who plays with the world champs of his instrument and we pride ourselves to have an acoustic guitar hero, who – like Spanish masters of flamenco or Cuban mambo players rooted in danzón de Nuevo ritmo – explores his heritage and creates contemporary music suited for contemporary audience.

His latest record is all Chopin and all solo acoustic with the exception of one impressive number in which he duets with himself (having recorded two guitar parts) and one recording with a special guest, our famous pianist Leszek Możdżer. Among the compositions selected by Adam Palma we can find many all-time favorites, like “Polonaise A-major op. 40”, Prelude E-minor op. 28”, “Mazurka F-major op. 68”.

Al Di Meola seemed to be genuinely amazed by the record “Palma Meets Chopin”. After listening to the new material he said: “Chopin, as interpreted by the guitarist Adam Palma is heard like never before with a modern rhythmic approach as exemplified throughout the recording, and is strikingly original! Chopin in Palma’s vision on guitar is highly unusual in the best sense both sonically and beautiful!

“Whoever said Chopin is limited to the piano? Here Adam takes a courageous leap forward to expand his interpretation with an instrument never before associated with a composer! A dedicated work of passion! Bravo!”