Firemen in Gdynia have become internet stars after rescuing two cats from a blazing block of flats.

After arriving at the scene on Sunday evening, firemen evacuated over a dozen people before being told about the two cats.

Without thinking, the firemen dashed back into the property where they found the animals, one black and one white, lying unconscious on the ground. 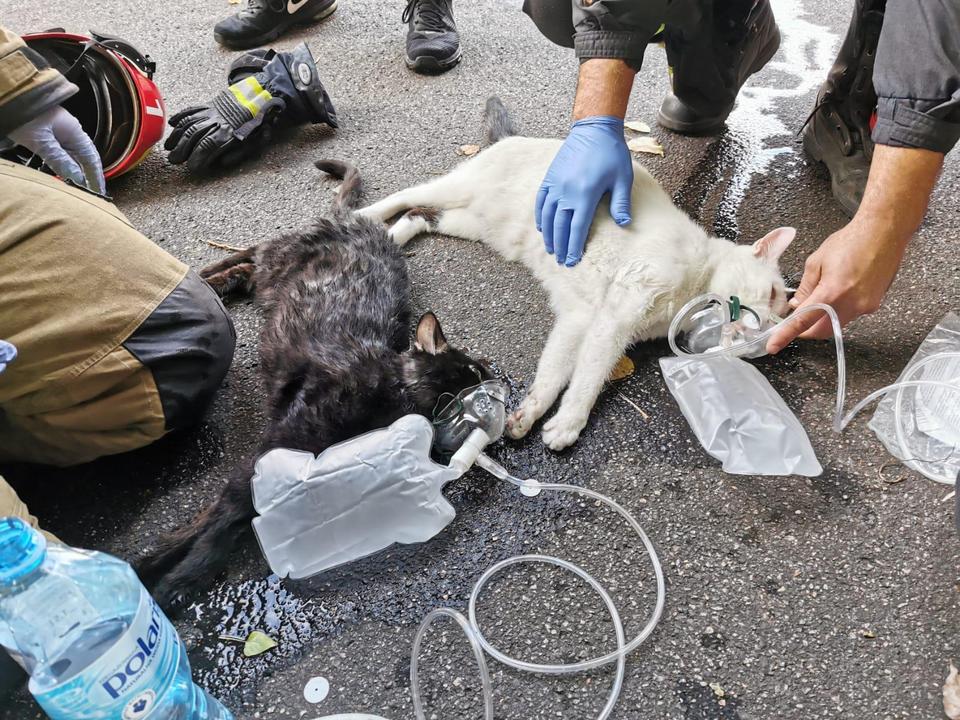 After being told that two cats were trapped in the burning block, the firemen dashed in to save them.KM PSP w Gdyni

Taking them outside, the firemen then set about reviving them by placing them on the ground and giving them oxygen masks.

Jakub Friedenberger, spokesman for the Municipal Headquarters of the State Fire Service in Gdynia, said: “It's the same as with humans – oxygen therapy and chest compressions are performed, so the actions are the same.

“Unusual actions, but it does not matter for a fireman, you have to rescue and you rescue, that's how it is.” 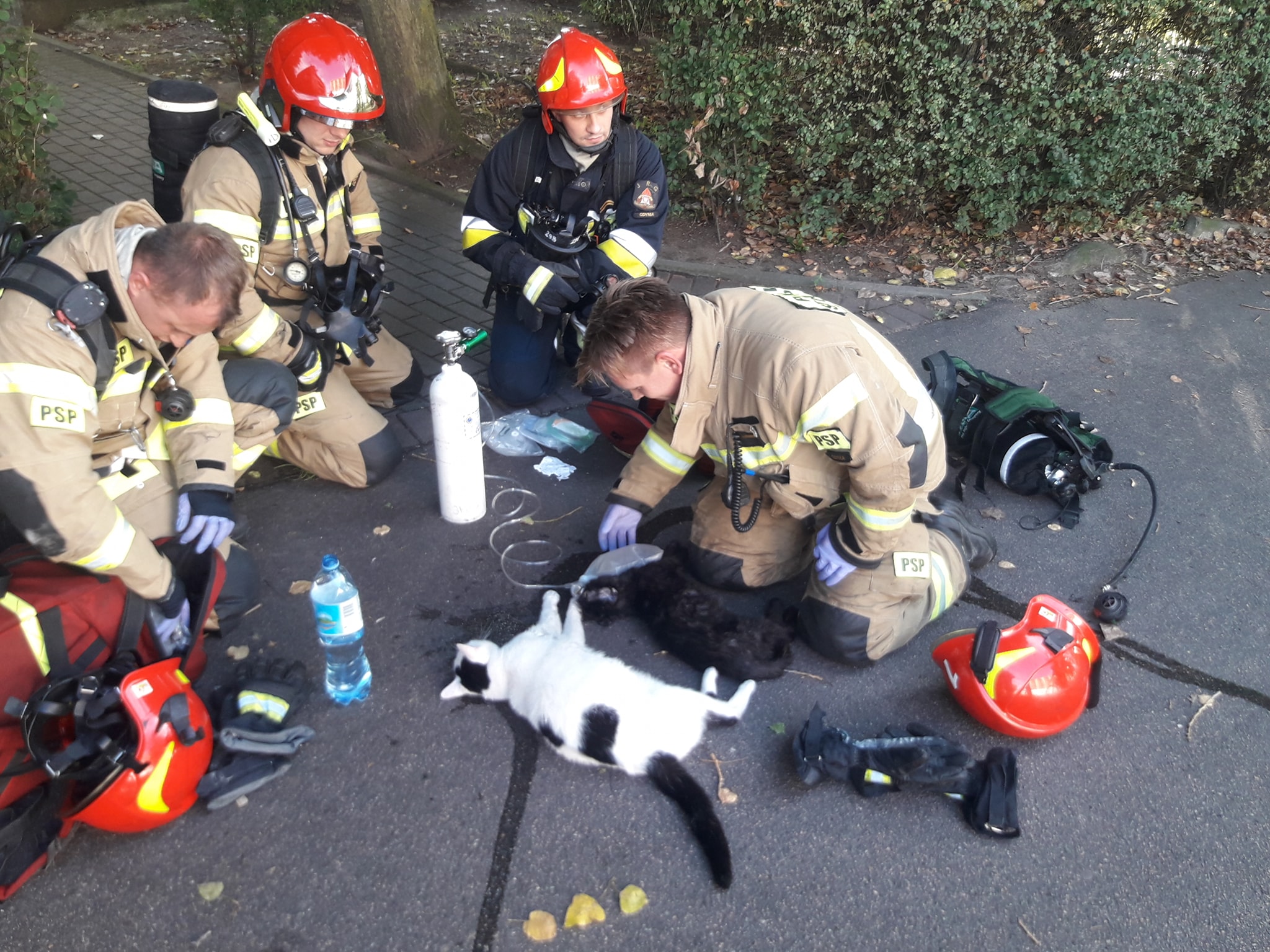 Getting them outside, the firemen began to revive them.KM PSP w Gdyni

To the delight of the firemen, the cats regained consciousness and were returned to their owners.

The Gdynia fire brigade shared photos of the cat-saving action on its Facebook page alongside the comment: “For firemen every heart beats in the same way.”

The social media page has now been flooded with comments from delighted fans praising the firemen as heroes. 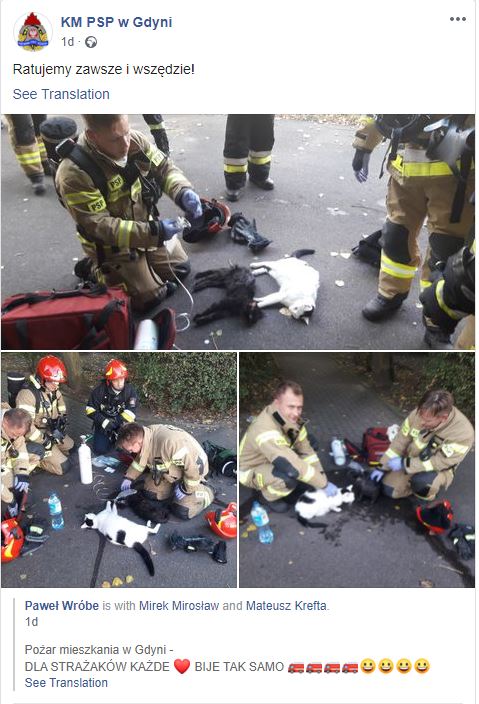 The fire brigade shared photos of the cat-saving action on its Facebook page alongside the comment: “For firemen every heart beats in the same way.”KM PSP w Gdyni

One said: “You guys are great 👊👍 Respect for you.”

Another posted: Well done! You have huge hearts! ❤ Thank you 🙂 Restored faith in people... .”

While yet another commented: “Poland is proud of you! Bravo!” 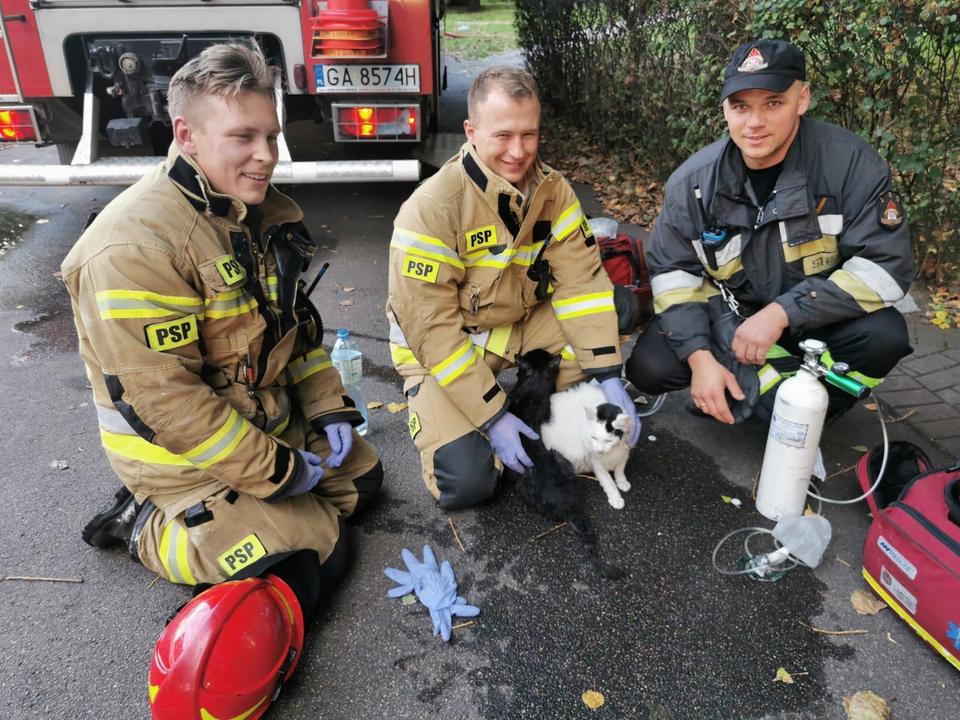 The firemen have now been flooded with praise.KM PSP w Gdyni