A litter of adorable Pallas’s cats has been born in Poznań zoo.

The six delightful balls of fur arrived at the beginning of April but the zoo has only now made the news public as the endangered species, also known as manuls, is extremely hard to breed in captivity and has a high mortality rate. 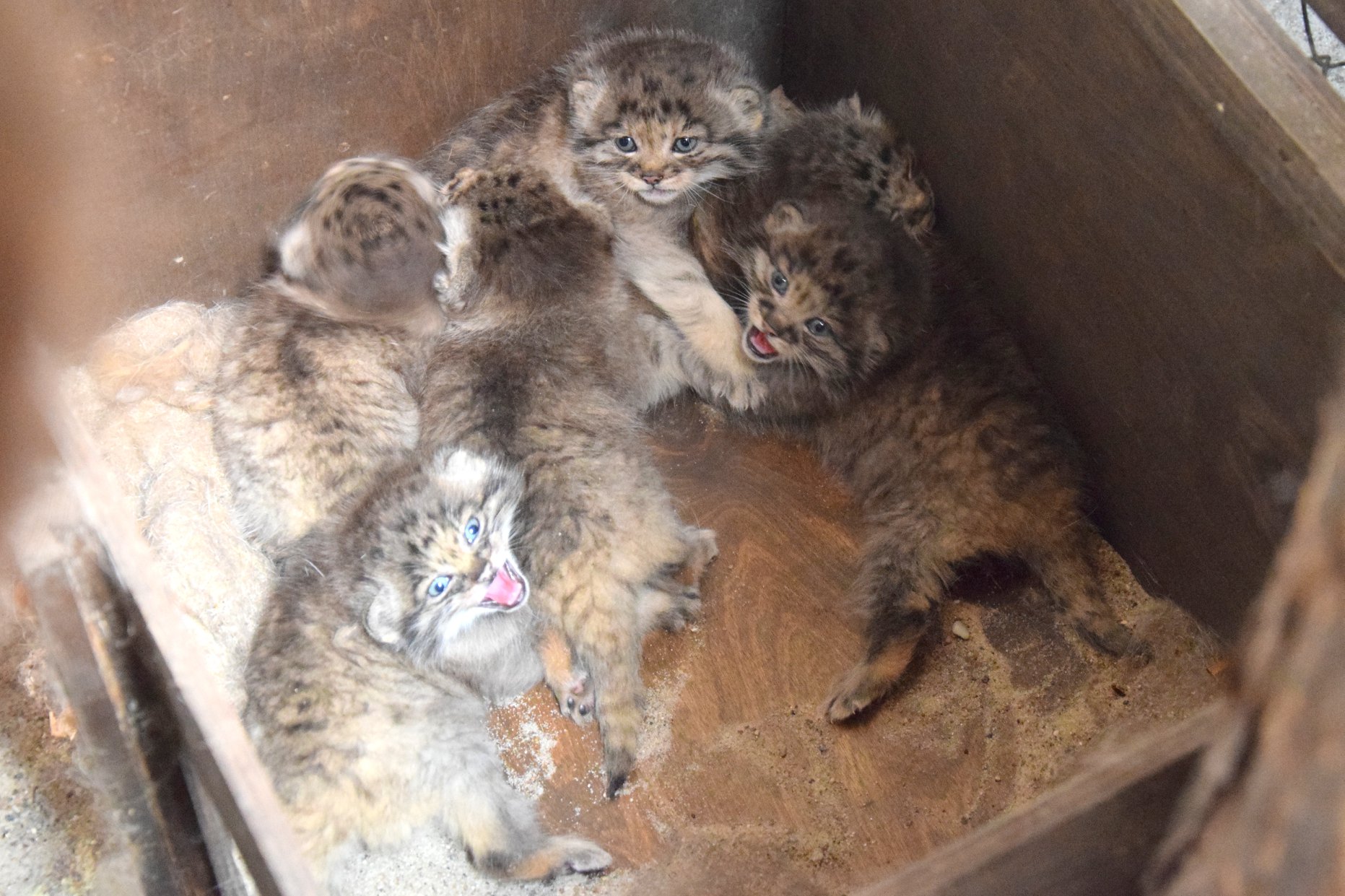 Despite their adorable look, the six bundles of fur already showing signs of having a bit of Cat-titude.Poznań Zoo

Now five weeks old, zoo keepers say their little squeals are a sign that the new arrivals are doing well.

Małgorzata Chodyła from the zoo told TFN: “The little ones are beautiful but belligerent, very angry. They really wanted to bite us and made lots of noise during our short inspection. 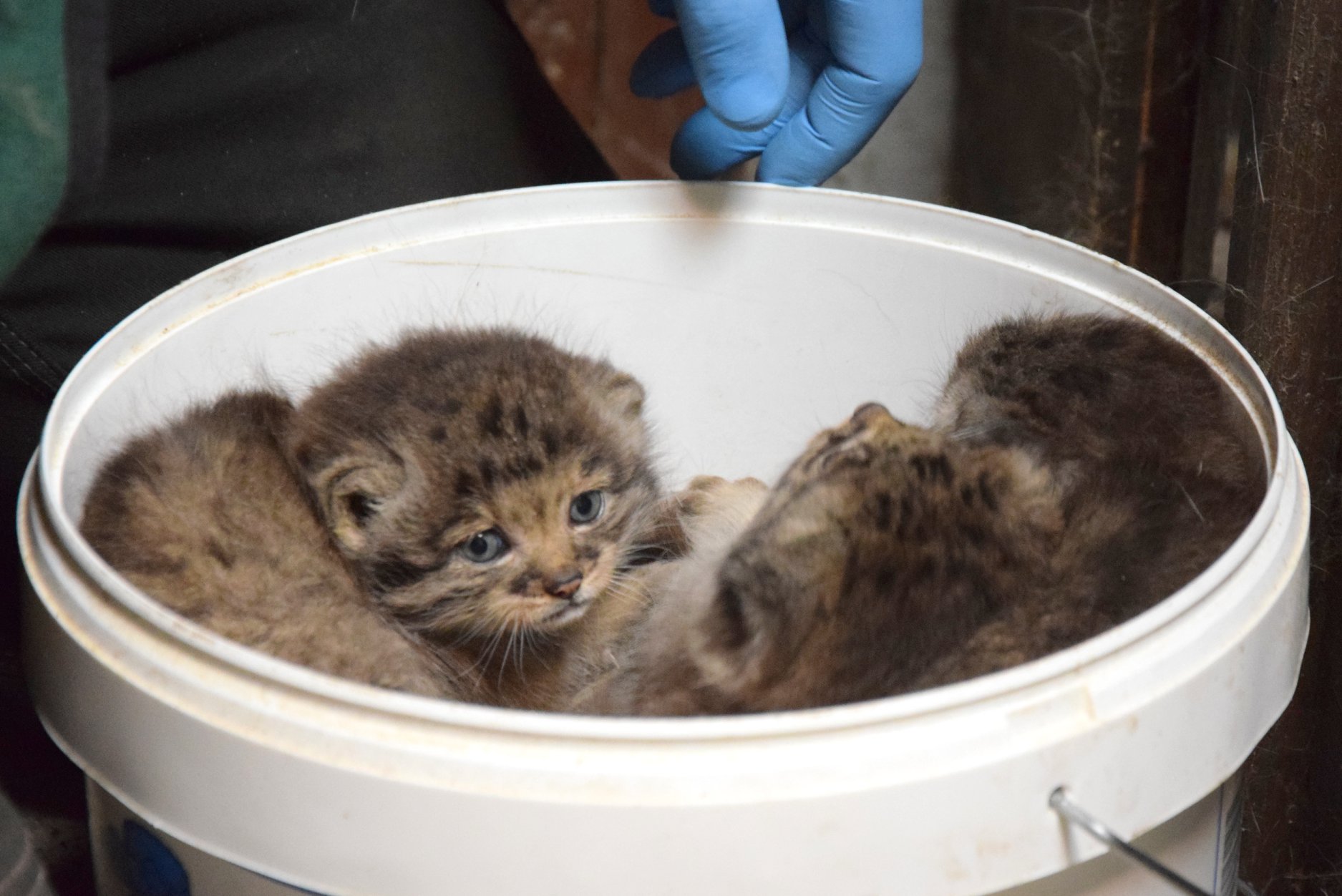 Born at the beginning of April, zoo officials in Poznań have only now made the news public because of the high mortality rate among new born Pallas’s cats.Poznań Zoo

“Only several people entered the tiny room in which they are kept and we had just two minutes when mum was on the outside catwalk busy with something to eat.”

But she added that even with the specialized care that the kittens receive in Poznań, the dangers are still high and their caretakers will only be able to breathe easily after the cats are six months old.

The new litter is a welcome addition to the zoo. A previous litter of six didn’t survive, and five others born 18 years ago were mostly moved to other zoos. 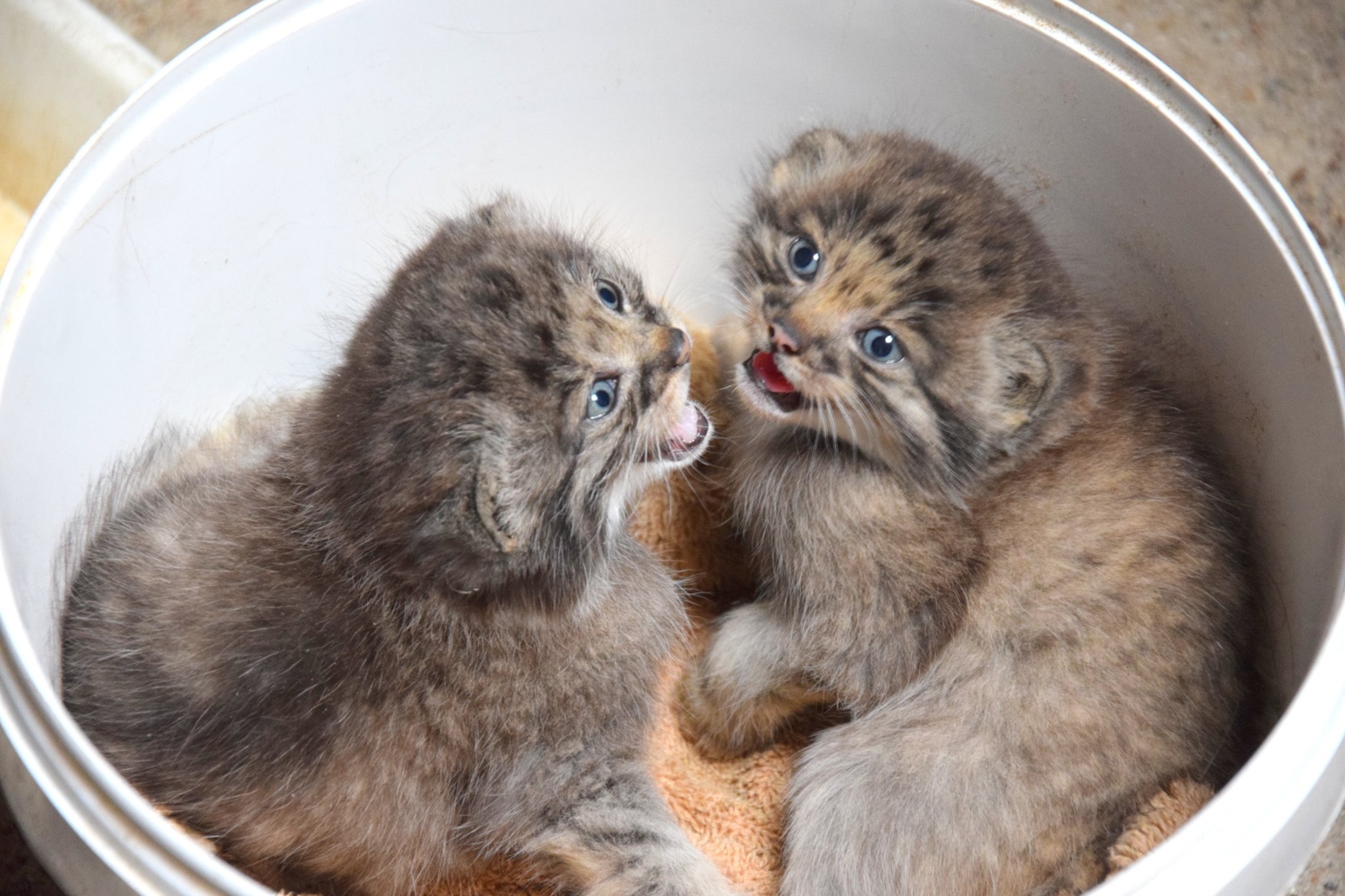 Chodyła said: “All cat lovers will say that their cats are unique, but in this respect, manuls are even more special. It is a species extremely susceptible to various diseases.

“They are very sensitive. In general, all cats in zoos, small, medium, and large are animals that require the highest number of vaccinations.

“They are very sensitive when it comes to diseases that can be passed from other animals in the zoo.” 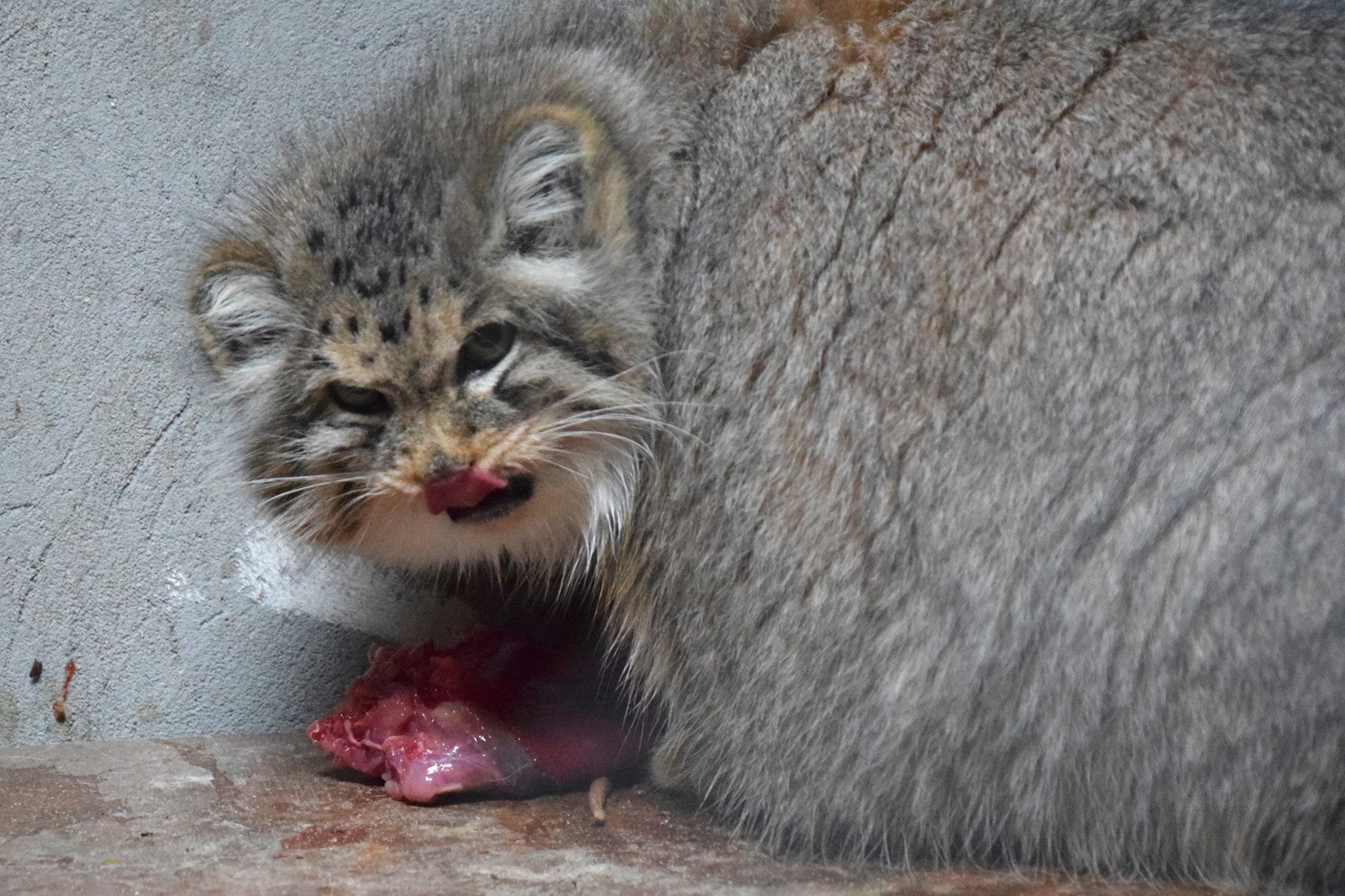 Institutions around the world exchange experiences and recommendations when it comes to raising Pallas's cats. Those include nutrition, living conditions, and administration of preventive medicine. Even their meat has to go through deep freezing before it’s prepared for them.

Skilled hunters the size of house cats, Pallas’s cats are native to the mountains and grasslands of Central Asia. With their characteristic disgruntled expression and circular pupils (unlike the vertical ones that other felines have), manuls are notoriously secretive and hard to capture on camera. 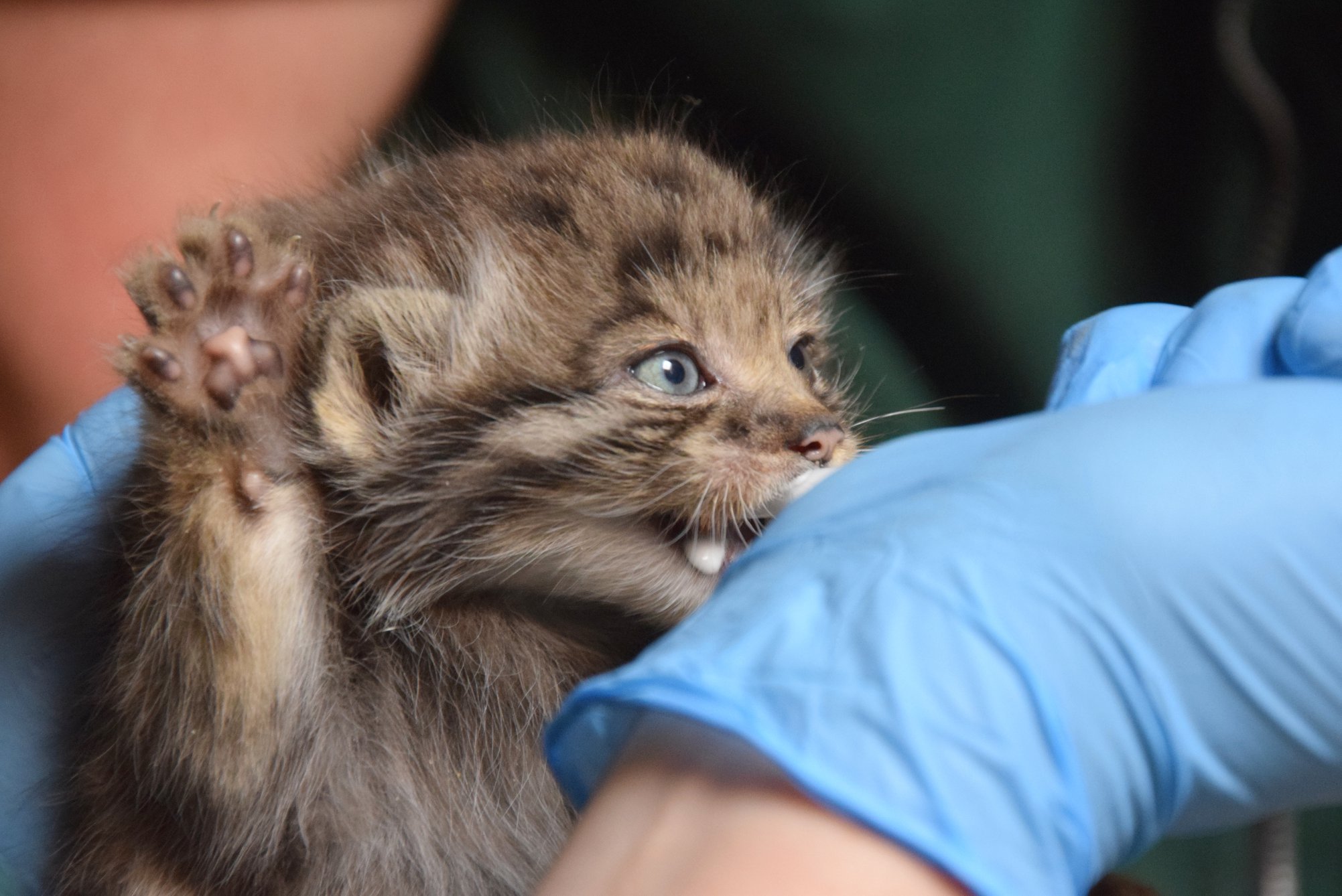 Hunted for their fur, Pallas’s cats are becoming endangered.Poznań Zoo

Their fur allows them to perfectly blend in with the rocks and steppes among which they live and hunt.

It is estimated, that there are between 50,000 and 100,000 of the cats living in the wild, though the exact number is difficult to verify.

Altogether, there are 102 Pallas’s Cats living in 40 zoos in Europe. In Poland, 20 are in Wrocław, Kraków, Warsaw, and Poznań. 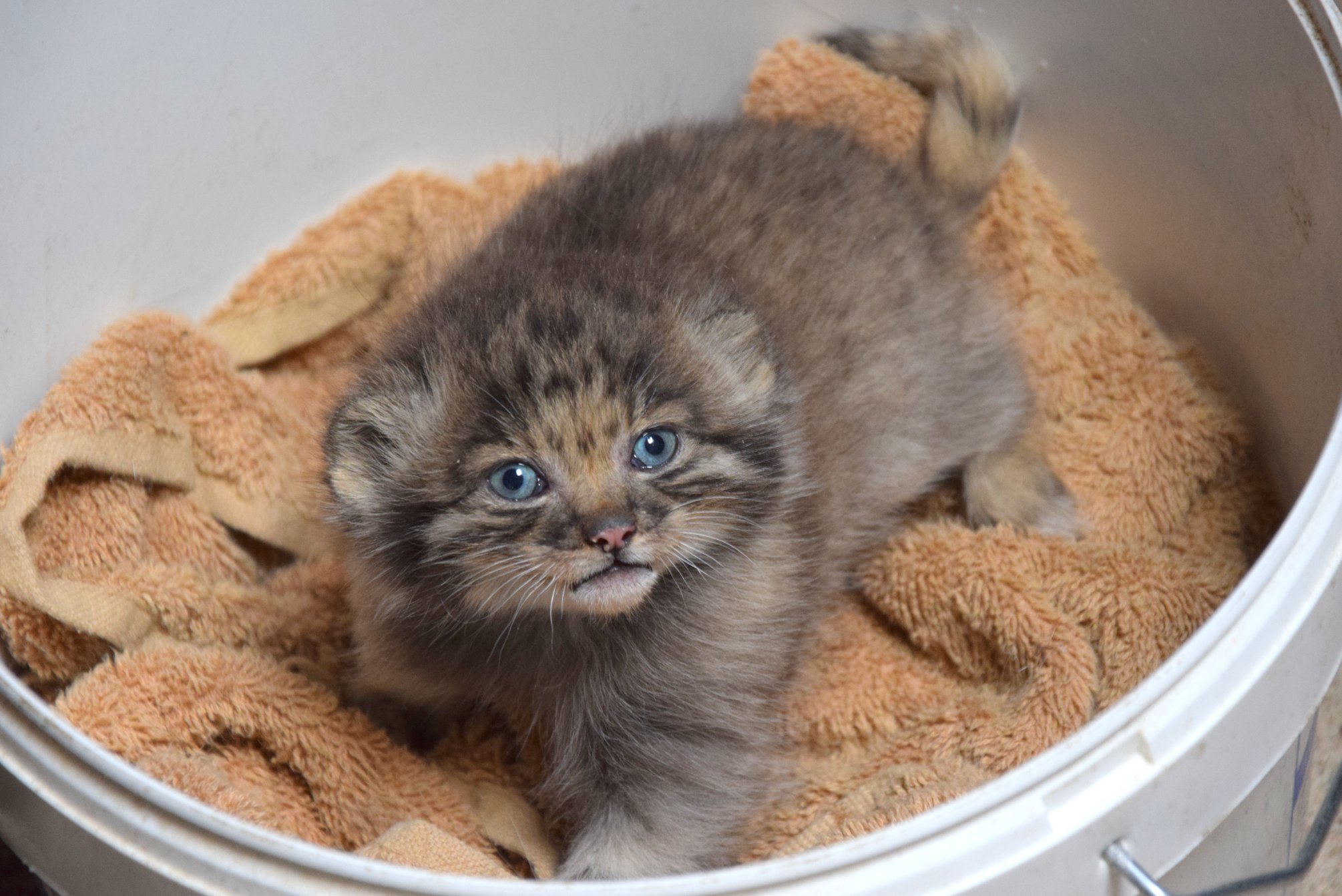 Skilled hunters the size of house cats, Pallas’s cats are native to the mountains and grasslands of Central Asia.Poznań Zoo

“Additionally, their natural environment is degrading at an insane rate. The zoo is trying to maintain the species.”