Feliks Topolski: The man who drew the 20th century

By the time WWII broke out in 1939, the 32-year-old Topolski had already made a name for himself.

As London correspondent for the prestigious Warsaw-based weekly magazine Wiadomości Literackie (Literary News) he had covered and illustrated King George V’s Silver Jubilee and was later commissioned by Bernard Shaw to illustrate two of his plays, design sets and costumes. He also had a nice little sideline as a portrait artist.

But it was his appointment as King George VI’s official war artist that would set him on the path to international fame, a path, it’s tempting to suggest, which was inevitable.

Born on August 14th 1907 in Warsaw, after finishing his studies at the Academy of Art in 1932, he set off on a journey around Western Europe, spending most of his time in Italy and France. 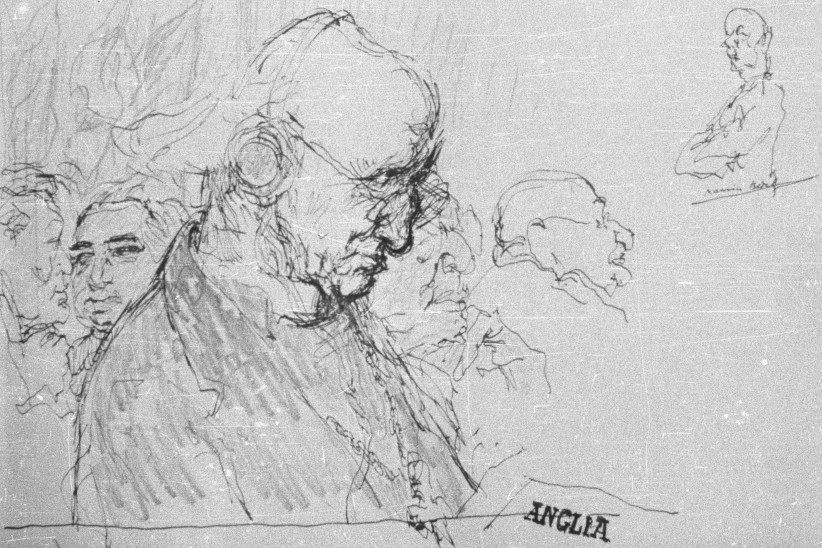 The Dean of Canterbury The Very Reverend Hewlett Johnson by Feliks Topolski.PAP

Two years later he was taken on as correspondent for Wiadomości Literackie in London and following his illustrations of King George V’s Silver Jubilee for the magazine, he decided he liked England so much he decided to stay there for good.

He quickly gained a reputation as a careful observer and chronicler of pre-war London’s cultural and social scene. His fame was sealed when playwright George Bernard Shaw asked him to illustrate a new edition of his books.

Shaw, rated as second only to Shakespeare among British dramatists, had a very high opinion of Topolski: “He is an astonishing draughtsman – perhaps the greatest of the impressionists in black and white,” he once said.

As a result, in 1939, two of Shaw’s plays – ‘In Good King Charles's Golden Days’ and ‘Geneva’ – were published with illustrations by Topolski.

By then his fame had reached the highest levels of London society and following the outbreak of WWII was appointed official war artist by King George VI.

And Topolski did not disappoint. He painted scenes of the Battle of Britain, joined the first Arctic convoy to Russia in 1941 on board the RMS Llanstephan Castle, sailed from Britain to Egypt, visited Palestine, Lebanon, Iraq and Syria. He travelled onto India, Burma and China. He depicted the forming of Anders' Army, and made a visual report of the atrocities carried out in the Nazi-German Bergen-Belsen concentration camp two weeks after its liberation in spring of 1945.

When WWII was finally over, his artistic activities didn’t want. On the contrary. It seems that at this point in his life he decided to cover virtually every single important event, to portrait every single import person on planet earth. In 1947 he gained British citizenship, and with his British passport he could easily travel the world. 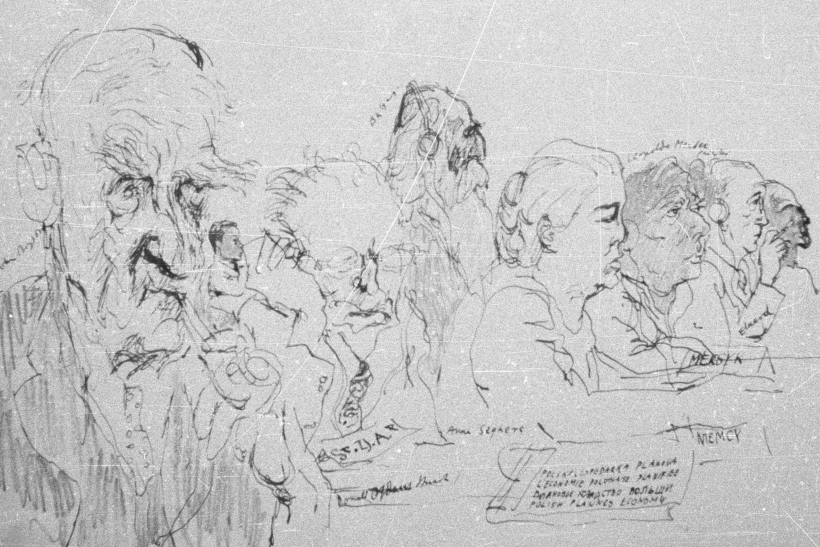 A group portrait depicting, among the others, John Boyd Orr, Paul Eluard and Anna Seghers, by Feliks Topolski.PAP

The list of events he covered as a draughtsman during next decades, leaves anyone speechless. He attended The Nuremberg trials and the first meeting of the United Nations. In 1948 he visited Warsaw, to draw the process of rebuilding his hometown. At the invitation of the Prime Minister Pandit Jawaharlal Nehru, in 1949 he visited India again.

In 1959, Prince Philip, Duke of Edinburgh commissioned Topolski to paint a mural showing the coronation of Queen Elizabeth II. In 1964 Topolski witnessed the historical visit of Pope Paul VI to the Holy Land, and only two years later the artist came back to China at the start of Mao’s Cultural Revolution. In 1968 he went to San Francisco to meet members of the Black Panther Party.

Topolski collaborated with several journals, including Punch and The Illustrated London News, but it wasn’t enough. In 1953 he decided to make a kind of journal of his own. The content was lithographed on big sheets of cheap brown paper, for over two thousand subscribers.

He baptized it Chronicle and went on printing it from 1953 to 1979. The Chronicles were a very unique medium through which Topolski could communicate his prolific art and deep reflections to a wider audience. 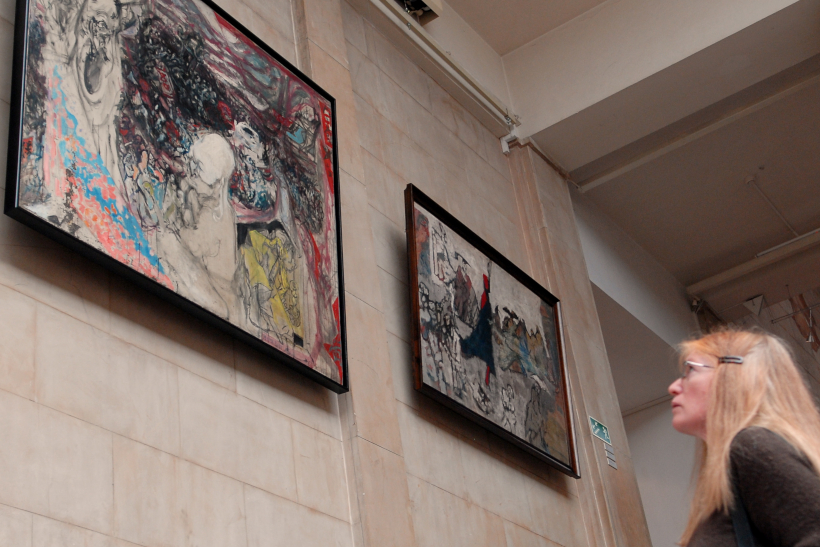 Exhibition of Feliks Topolski's paintings at The National Museum in Warsaw, 2007Andrzej Rybczyński/PAP

He last work was of an enormous, unprecedented scale. He called it Memoir of the Century, which now is known as Topolski Century. In his workshop, under Hungerford Bridge, he painted huge panorama, a maze consisting of 200 linear metres of the 6-metre-high painting. On this mural one can see hundreds and hundreds of scenes and thousands of the most important figures in the history of the 20th century, from Winston Churchill to Martin Luther King.

He died in London on August 24th, 1989. He is buried there, in Highgate Cemetery.