An amateur designer from Poznań has become a hit with stars in both Poland and Hollywood with her hand-painted clothes.

Mixing art with fashion, 29-year-old Magda Andruszkiewicz sketches designs on fabric and then hand paints them to transform them into stunning fashion pieces.

One of her pieces impressed Hollywood celebrity Hugh Jackman after she designed his “inner Wolverine’’ for him, and since then she hasn’t looked back.

Speaking with TFN she said her break with Jackman came after an acquaintance told her that she would be meeting the Hollywood star at a movie premiere. Wanting to make the most of the opportunity, Magda made a shirt for Jackman in the hope that he would like it. 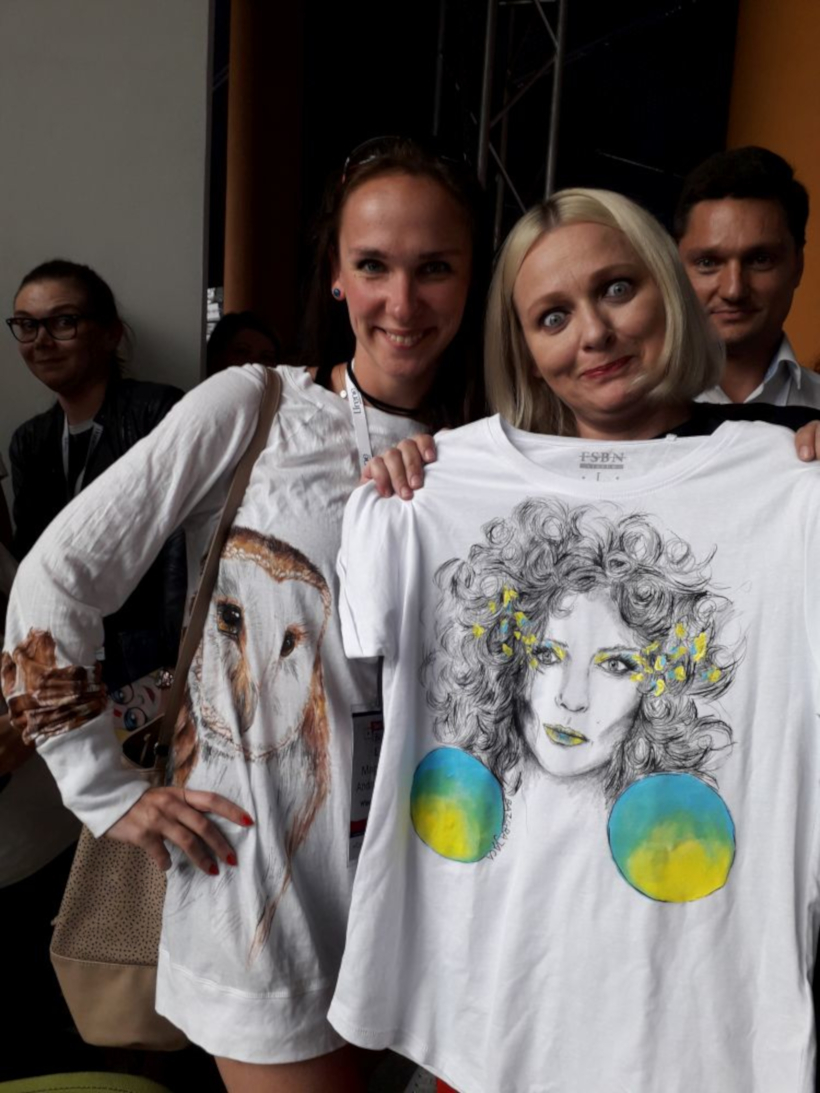 “I asked her if she could hand him a shirt I had painted for him during their meeting,” says Magda. “And she did it. Anita [the acquaintance] took a picture of Hugh with the t-shirt and that's how my project Scribbling with the Stars (Bazgrająca z gwiazdami) started. The photo made a sensation and since then I've been painting for the stars and I'm taking pictures with them.”

The former architecture student confessed she always loved to draw, but while she studied something changed. “The love of drawing remained, but I realised I did not love architecture and parted with it while defending my master's thesis.”

As a side project, Magda blogged about descriptive geometry, and it was then she painted her first shirt. After posting it online, and surprisingly finding a buyer, she decided she would carry on designing. 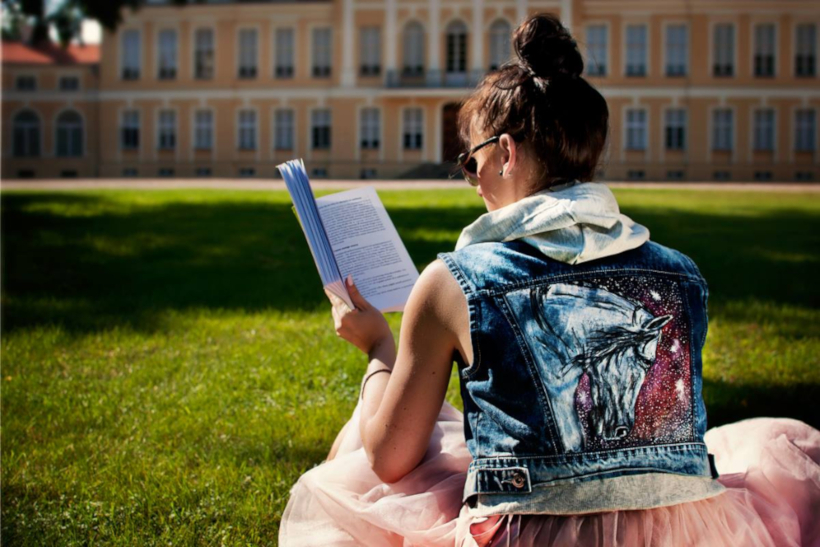 The budding fashion designer sells her clothes at fairs.Magda Andruszkiewicz

That was five years ago and since then the artist has gained attention for creating striking hand-painted t-shirt portraits, which she then gives to the celebrity in question.

The 29-year-old creates the t-shirts by using the fabric as her canvas and sketching her design on to it. Straight after she paints the fabric. Her works include vivid hues and colour, blending them to create mystic images.

Along with Jackman Magda has created t-shirts for Jerzy Owsiak, the social campaigner and president of Great Orchestra of Christmas Charity (WOŚP), The Pianist actor and star of The Witcher Michał Żebrowski, and rock star, Kasia Nosowska. 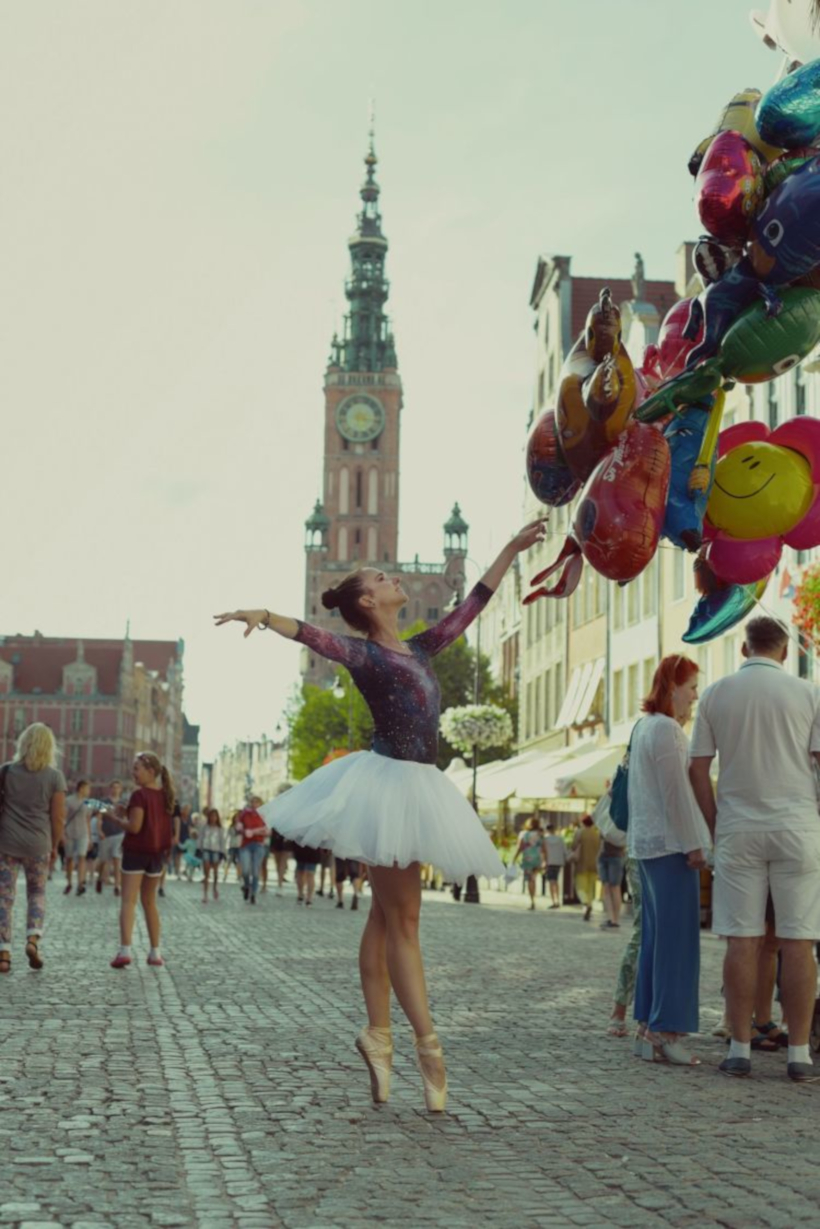 Magda is also a seasoned dancer, she teaches at Lyrical Jazz Studio in Poznan and designs her own ballet costumes like this starry wonder.Magda Andruszkiewicz

Though talented at portraits, Magda admits they are not the source of her true inspiration. “Everything around me is inspiring. But horses inspire me the most - my greatest love,” she says. “I like horses the most.”

Like any budding artist with an excess of creative energy, she is currently working on several projects.

“I have a lot of dreams. For some time now I have been recording theme videos in hand-painted costumes,” she explained. “Recently, I made my version of the Lord of the Rings with a female version of Gandalf. I plan to have a music video in the climate of the ice queen for the winter, and later a Polish version of the film Witcher. I dream of recording this project with Michał Żebrowski. Will it work? Time will tell. Dreams only happen if you make them, so I think you have to try.”