Fascinating photos documenting life under communism revealed after museum staff use lockdown to sift through 15,000 negatives

A Silesian museum has revealed how it has used the coronavirus pandemic to its advantage by using the lockdown period to engage in the epic process of sorting over 15,000 negatives shot by the prolific photojournalist Władysław Orłowski.

Formerly a correspondent for Gazeta Robotnicza, a socialist daily created following the 1948 merger of Trybuna Dolnośląska and Wrocławskim Kurierem Ilustrowanym, though the paper has since been widely disparaged as an instrument of propaganda Orłowski’s pictures have been hailed as a unique and valuable glimpse into Poland’s PRL period. 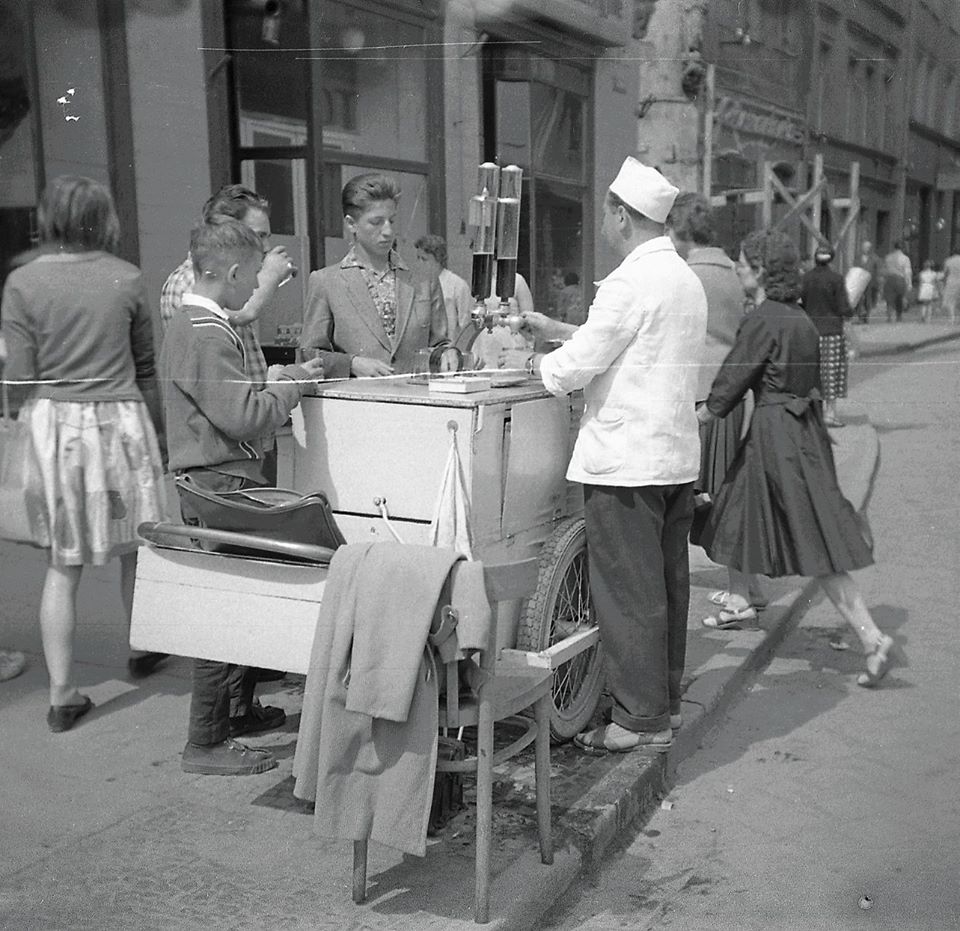 The simplicity of the scenes are strangely enchanting and reveal much about Polish society at the time.Muzeum Dawnego Kupiectwa/Władysław Orłowski

Having passed away in 1996 at the age of eighty-three, the photographer’s pictures were acquired by the Museum of Old Commerce in Świdnica in 2018, however, the sheer, overwhelming volume of negatives left museum workers facing an uphill battle to develop and digitize them.

The lockdown, though, proved something of a blessing in disguise allowing them the time to award this motherlode with the attention it deserved. 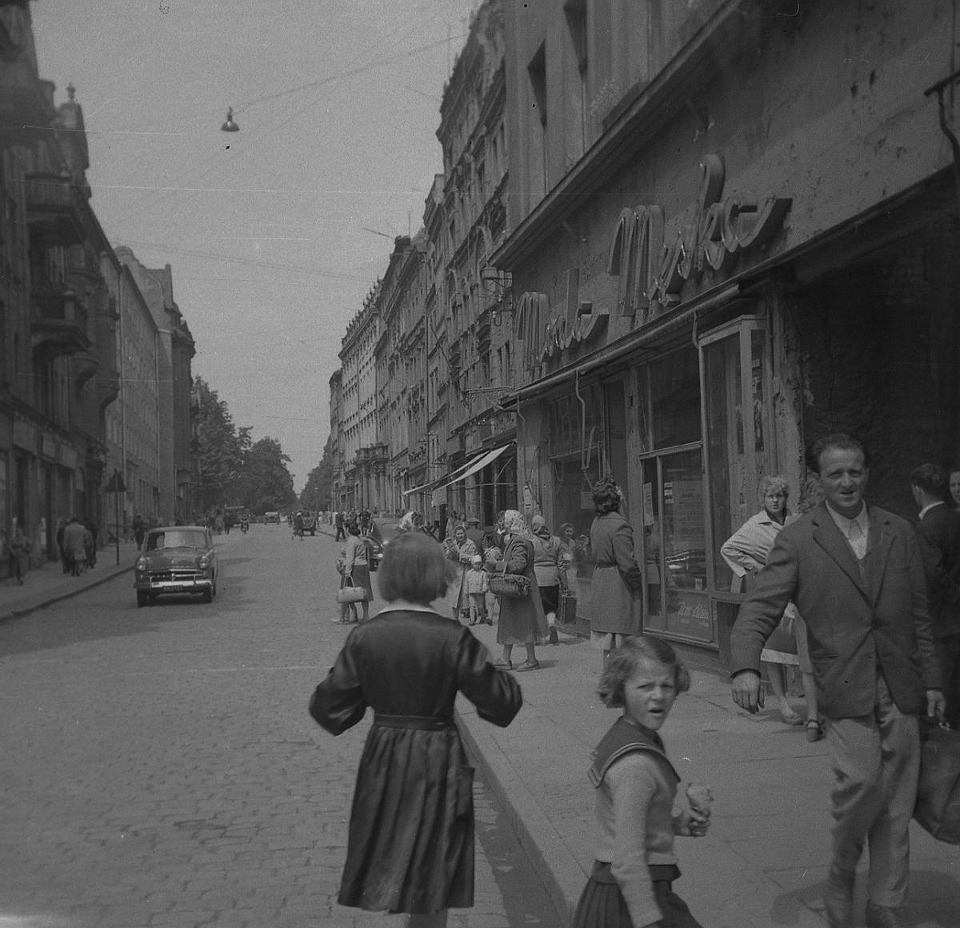 The photos offer a captivating snapshot into everyday life during the PRL era.Muzeum Dawnego Kupiectwa/Władysław Orłowski

“The Covid-19 epidemic meant that our museum had to close to visitors for a month and a half,” Zbigniew Malicki told Gazeta Wyborcza, “so it was a good time for us to return to this project.”

Working together with Monika Turzańska, the pair set about the arduous task of scanning and cataloguing the images as well as identifying their subject matter to add the relevant descriptions. 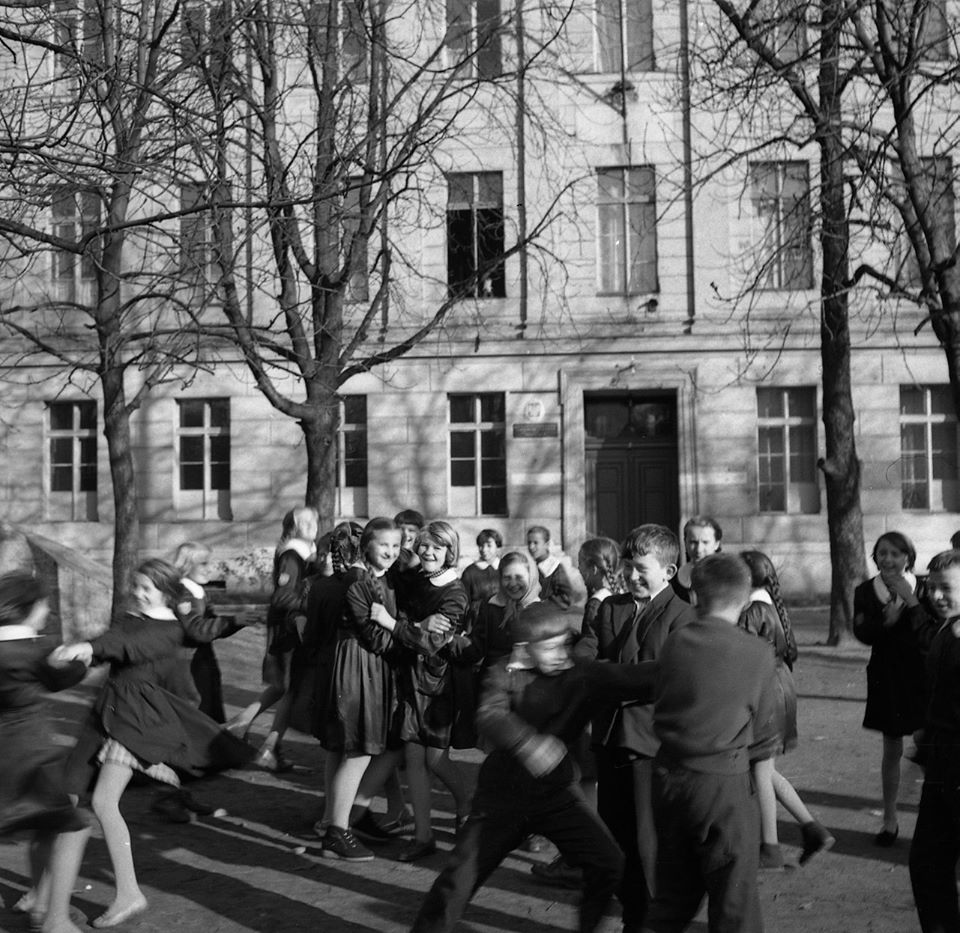 Although the majority of negatives had survived in healthy condition many others weren’t quite so pristine. Other challenges also awaited, in particular when it came to pinning down exact locations, landmarks and events from such times as the 1960s and ‘70s. 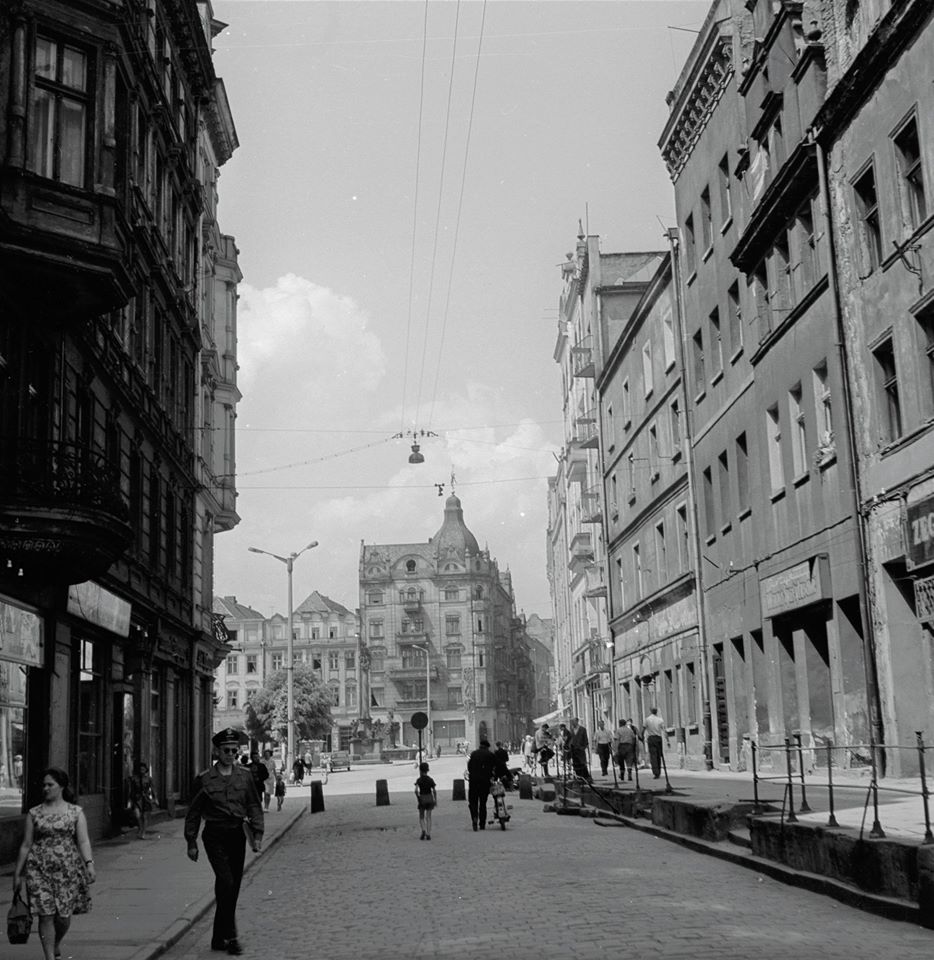 Many of the photos show a Świdnica almost entirely forgotten by all but a fraction of the population.Muzeum Dawnego Kupiectwa/Władysław Orłowski

Providing a stunning snapshot into an era almost impossible to fathom for those who didn’t live through it, the pictures cover a wide breadth of everyday topics and depict everything from children playing to fashionable locals quenching their thirst at summertime refreshment stalls.

Often mundane when taken at face value, no topic it would seem was deemed too prosaic for Orłowski’s ever-present lens: in one picture, a jolly woman rides through the town on a horse-drawn carriage, in another, kids romp around a playground. Others show patient queues for Christmas carp, outbreaks of urban gardening or flower stall vendors going about their daily business. 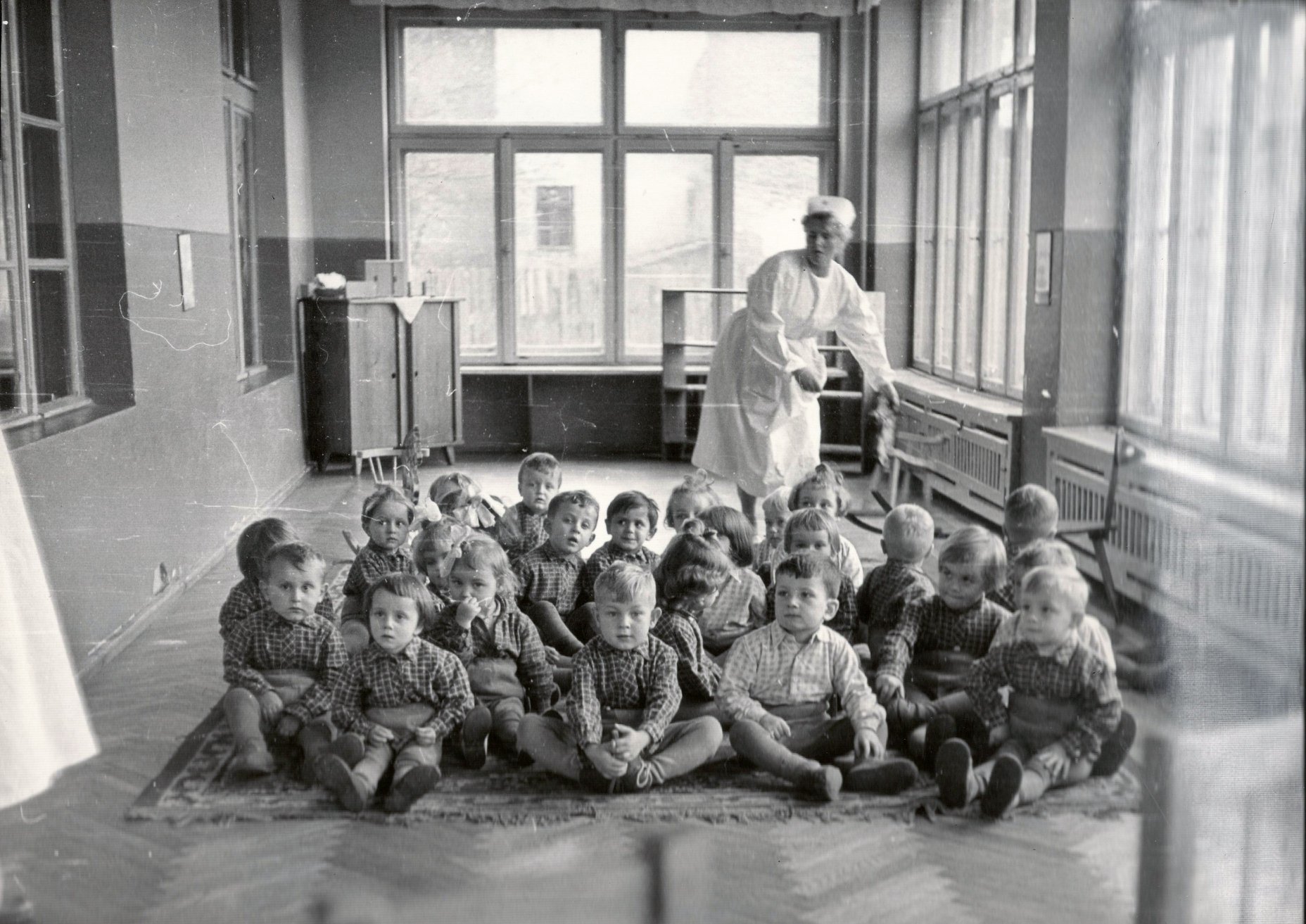 Set to continue for several more months, it’s hoped that once the task is finished the photos will be displayed as part of a series of exhibitions held by the museum.Muzeum Dawnego Kupiectwa/Władysław Orłowski

It is the simplicity of such scenes that is perhaps the most captivating. Strangely enchanting, they reveal much about Polish society at the time, not to mention its striking lack of overt material wealth.

Whilst people form one of the underlying themes of his work, it is also valid from several other angles as well. 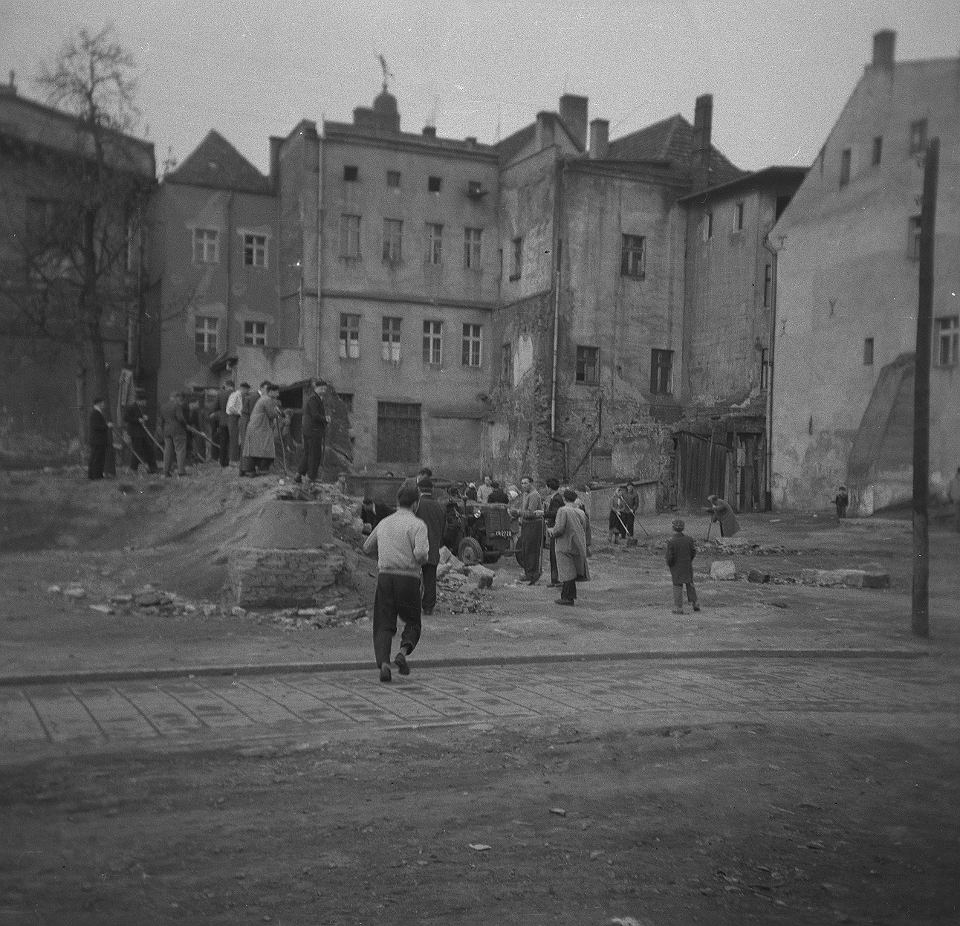 Although the paper Orłowski has since been widely disparaged as an instrument of propaganda, his pictures have been hailed as a unique and valuable glimpse into Poland’s PRL period.Muzeum Dawnego Kupiectwa/Władysław Orłowski

“Władysław Orłowski didn’t just immortalize the everyday life of the inhabitants on film,” says Monika Turzańska, “but also important events from the past – these negatives show the time when tenement houses were being demolished, others the surroundings just after the collapse of in Świdnica’s town hall tower in 1967, and yet more capture the idyllic scenes of cows grazing on what is today the Młodych housing estate.”

Many show a Świdnica almost entirely forgotten by all but a fraction of the population; for instance, the Helmut von Moltke monument that once stood before being demolished to make way for a Soviet Yak-23 – itself, also later consigned to memory. 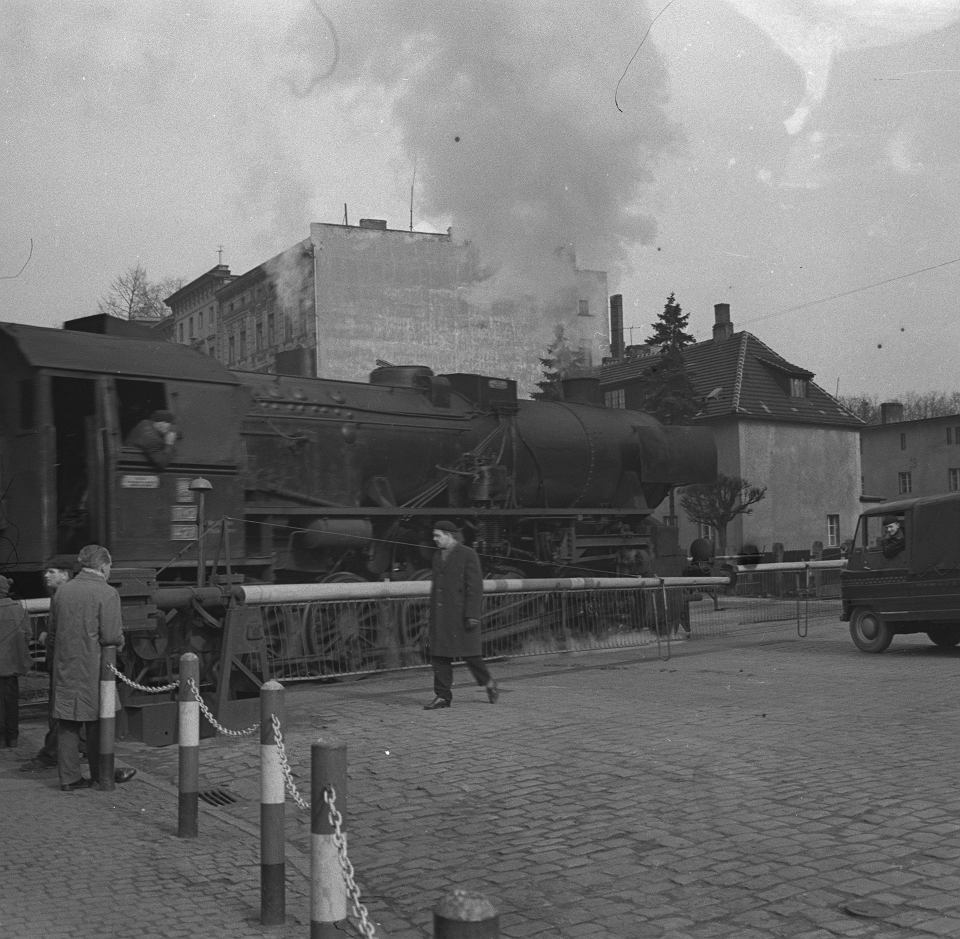 As it stands, though the lockdown afforded Turzańska and Malicki the opportunity to sink their teeth into this gargantuan undertaking, the project is still very much ongoing with only “a small fragment” of work currently complete. The pair are hopeful that the best is yet to come.

Set to continue for several more months, it’s hoped that once their task is finished that the photos will be displayed as part of a series of exhibitions held by the museum.