Fantasy Warsaw full of dinosaurs and mythical creatures is new design for Hermès scarves – and they cost 15,000 PLN

A Polish graphic designer has created a fantasy depiction of Warsaw which is now being used as a scarf design for prestigious fashion brand, Hermès.

Created by Warsaw School of Fine Arts graduate, Jan Bajtlik, the design depicts a map of the most recognizable landmarks of Warsaw, such as the Palace of Culture and Science and the Triumphal Arch.

However, rather than showing humans on this quirky ‘map’, exotic animals, mythical creatures, and dinosaurs roam the streets of the city.

Coming to him in a dream, the 30-year-old artist, told Vogue.pl: “I dreamt I was so tired of all the trash lying around in the city, it was spread everywhere. I had a vision of monsters coming off the billboards, and these monsters started to ravish the city.” 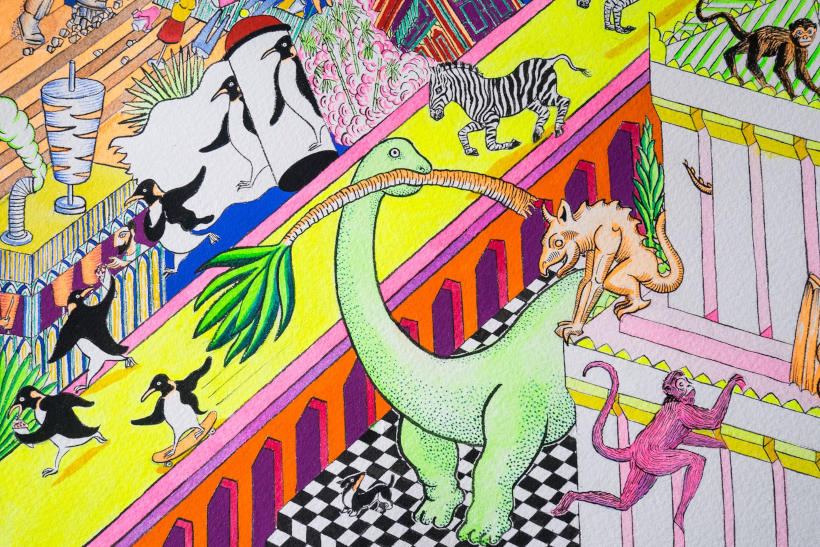 The elegant 90 x 90cm silk scarves will show the city of Warsaw overrun with mischievous animals running through the streets and ravishing the city. Jan Bajtlik/Facebook

Using bold colours and strong lines, the fun, comic-like design imagines Warsaw over run with a new lease of life. It has been copied on to silk scarves measuring 90 x 90 cm, which can be bought at Hermès for 395 USD.

According to the artist, who has never produced fashion before, the design took two and a half months to perfect and even longer to produce. His original design was scanned, photographed and redrawn for a few months. After which, the design was printed in Lyon, France.

Altogether, Bajtlik’s fantasy Warsaw scarf took a year and a half to create for retail. “I avoided strictly ornamental motifs, I preferred to draw a story," says Bajtlik. "Besides, I also knew that I want to embed the drawing into a strong composition. The scarf often looks flat, which is why the composition is one of the first and most importantfactors acting on the recipient.” 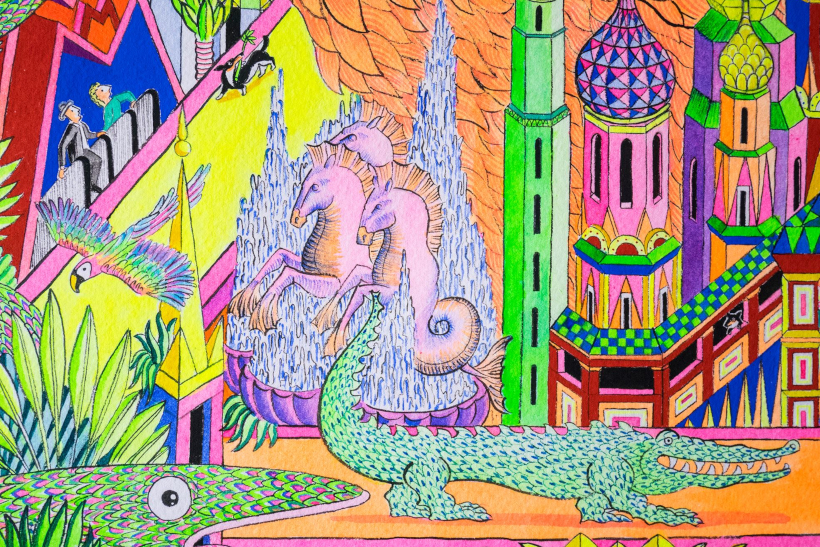 Jan’s design is bold and colourful and there is a story to be told on every centimetre of the design. Jan Bajtlik/Facebook

The final design, aptly named ‘Animalpolis’ is like a story book. Warsaw skyscrapers stand in an apocalyptic overgrown state as mythical and sci-fi creatures run amock through the deserted streets. Bajtlik even drew some of his own life into his design, adding his dog, Kluska, wife and co-workers and, of course,the Hermès building, shaded in orange.

The designer, who has been working for the Hermès brand since 2016, is already quite a distinguished artist. Building a career creating poster art and illustrating children’s books in 2015 he was awarded by the Polish Minister of Culture and National Heritage for his educational work for children. Most recently, his illustrations have been featured in the New York Times and Time magazine. 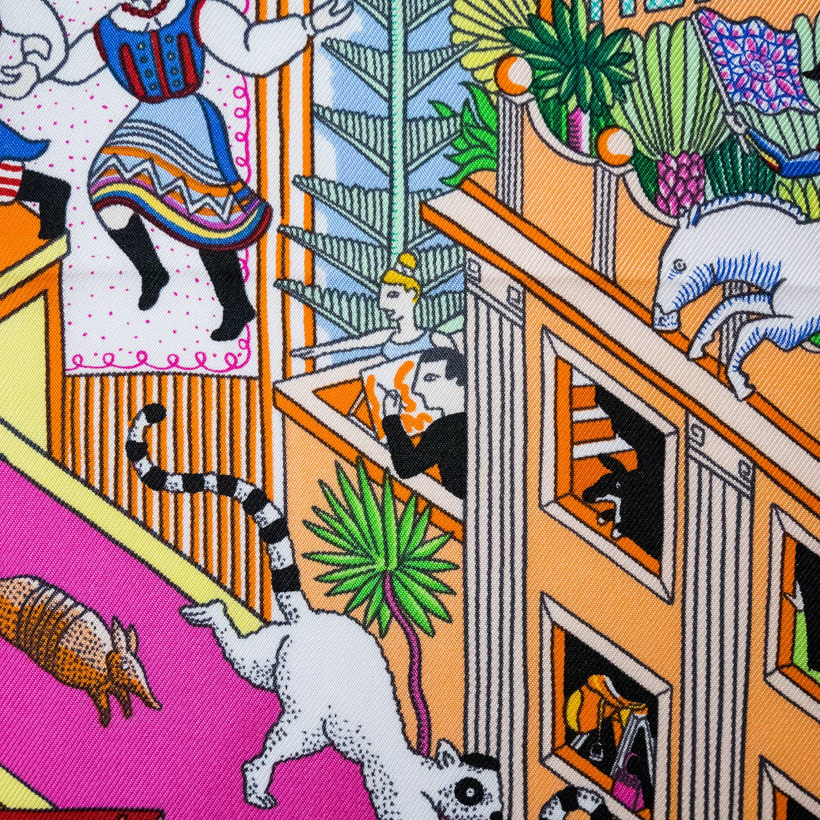 Although this is his first fashion design, Jan is continuing his co-operation with luxury brand Hermès. Jan Bajtlik/Facebook

"Animapolis" is Bajtlik’s first shawl designed for Hermès. The artist isn’t established in the fashion world yet, but that may change very soon.

Next, his designs will also be on luxury blankets, textiles, ceramics and towels for Hermès.

“I design everything with two years in advance, and subsequent projects bind me with the brand for years. I am very happy to cooperate with Hermès.” Jan said.

Kudos for Kurant as she scoops prestigious Frontier Art Prize