The release date of the highly anticipated CD Projekt Red game ‘Cyberpunk 2077’ has been moved back to September 17th.

In a statement, the developer said that although the game is ready, the April 16th release date was no longer possible as it’s still in need of further testing and debugging. 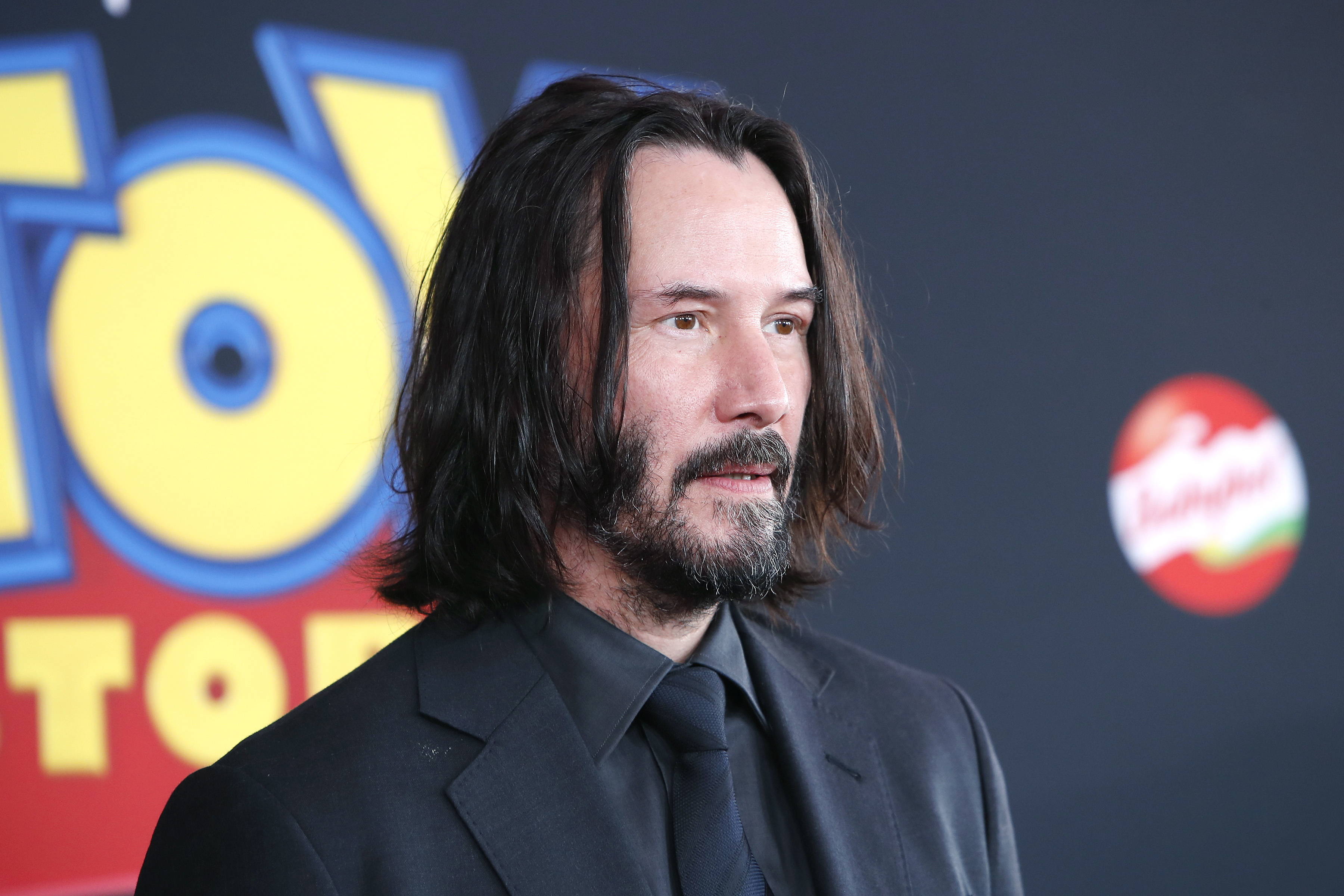 Marcin Iwiński, CD Projekt Red’s co-founder and Adam Badowski, head of the studio, said: “We are currently at a stage where the game is complete and playable, but there’s still work to be done.

“Night City is massive – full of stories, content and places to visit, but due to the sheer scale and complexity of it all, we need more time to finish playtesting, fixing and polishing.

“We want Cyberpunk 2077 to be our crowning achievement for this generation and postponing launch will give us the precious months we need to make the game perfect.”

It is estimated the company has already sold from 700,000 to even a million copies of the game via pre-order.

While the announcement was met with disappointment, fans have rallied behind the company. Commenting on Facebook, Christin Wehle from Germany wrote: “You delayed Witcher 3 and it turned out as the most fantastic game ever.

“So take all the time in the world, you showed us already that Quality matters more than anything to you and that's what's making CD Projekt Red so great.” 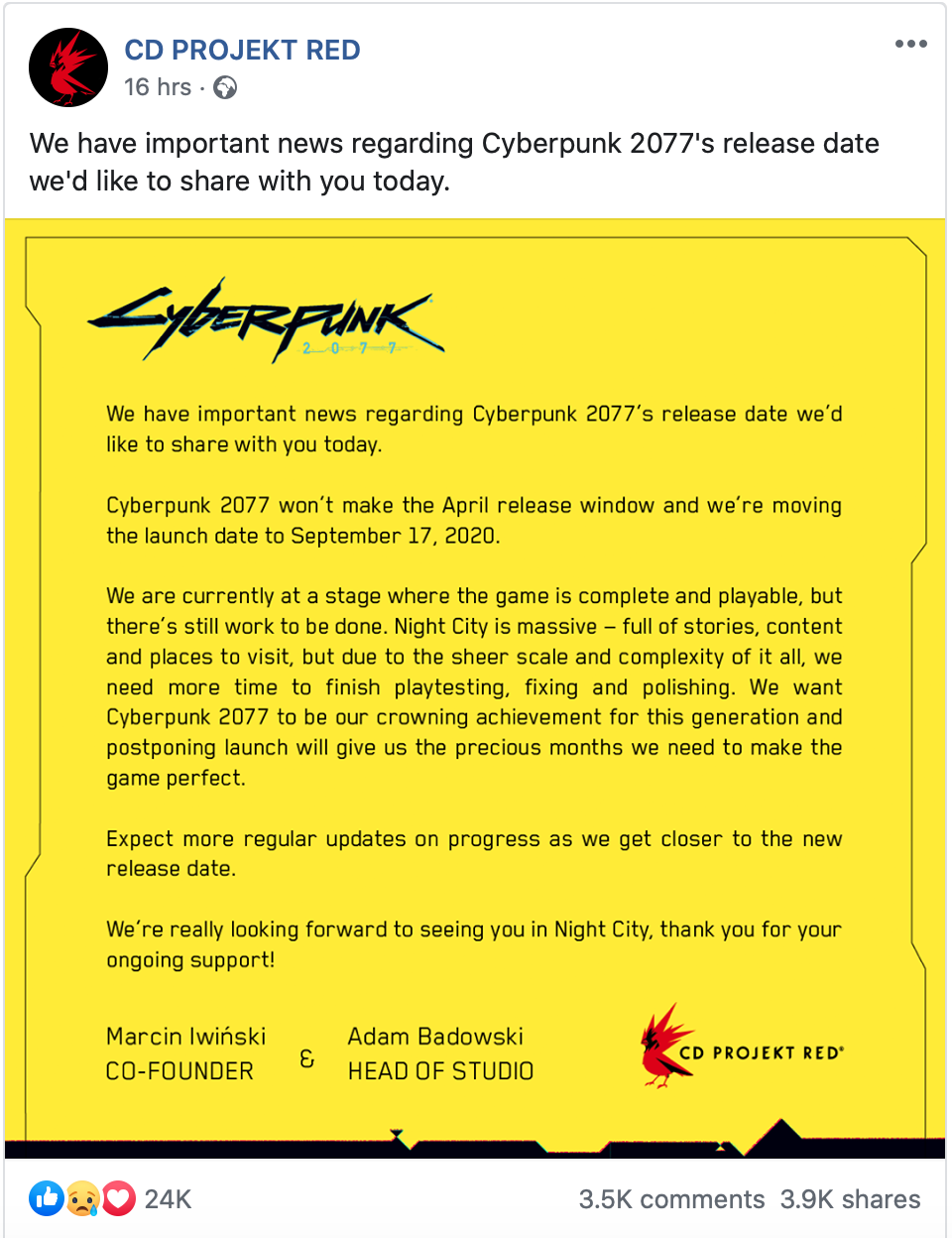 The announcement was made in an official statement posted on the company’s Facebook page.CD Project Red/Facebook

Other fans said they would have to change their vacation requests at work, as they already took time off in April to play the game.

“Dear CD Project, would you send me this underdeveloped version in April, I don't mind, thank you in advance, I won’t show it to anyone, only my grandma who has poor eyesight. Kisses,” joked Pablo Ka on Cyberpunk 2077’s Facebook profile. 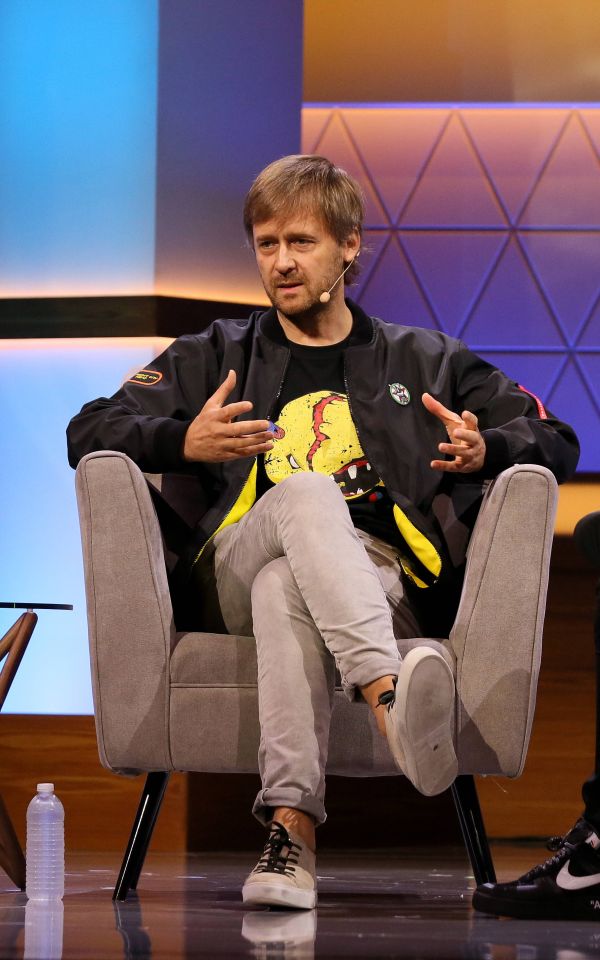 Marcin Iwiński, CD Projekt Red’s co-founder (pictured) and Adam Badowski, head of the studio, said: “We are currently at a stage where the game is complete and playable, but there’s still work to be done.Adam S. Davis/PAP/EPA

Meanwhile, Zac Main posted: “I love how positive all these fans are about the delay. I feel the same. It’s great to see people trust a developer for taking their time to put out a stellar product.”

Cyberpunk 2077 is an open-world RPG game with action-adventure story set in the futuristic megalopolis Night City. 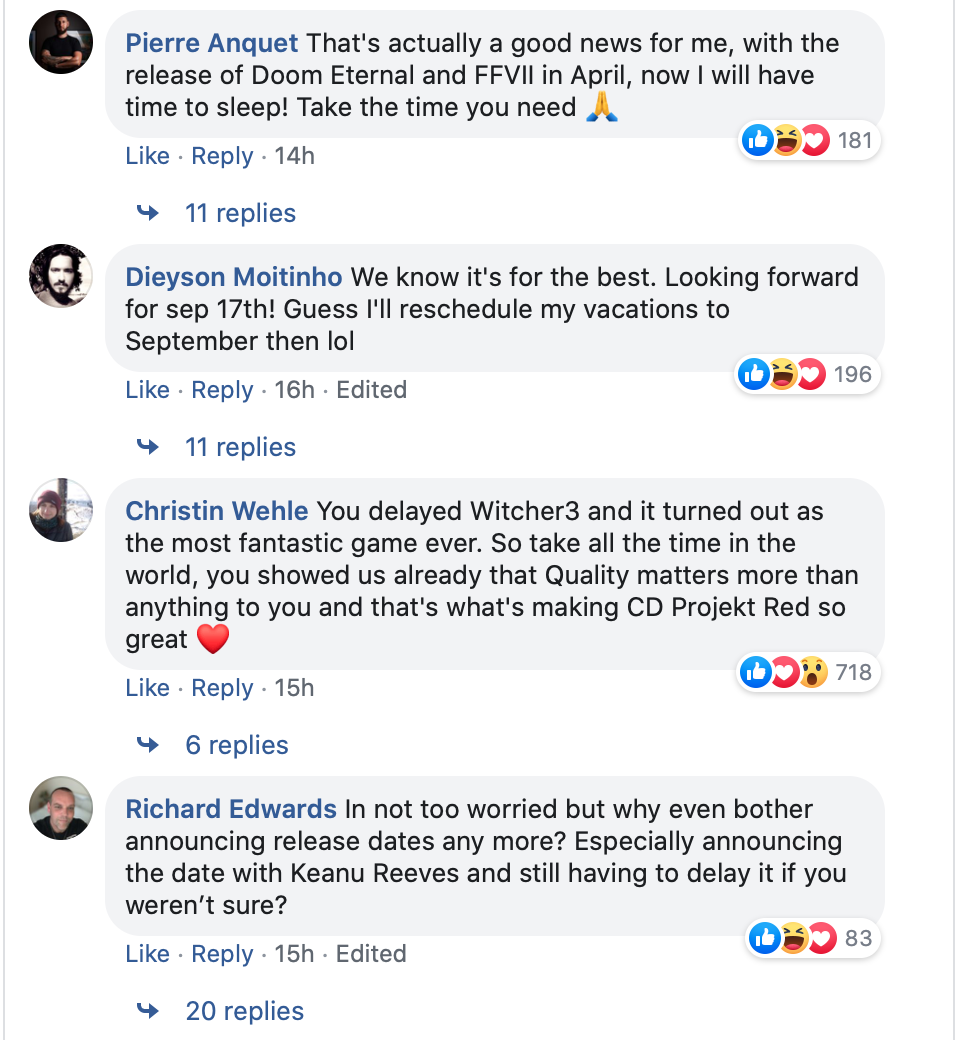 The player embodies a customised mercenary outlaw, who navigates the different areas of the vast city going after a one-of-a-kind implant that is the key to immortality.

First introduced in 2012 by the company which is also behind the best-selling The Witcher games franchise, the game quickly gained a cult following.

Following last year’s announcement by Matrix star Keanu Reeves of the April 16th 2020 release date, it is estimated they have already sold from 700,000 to even a million copies of the game via pre-order. 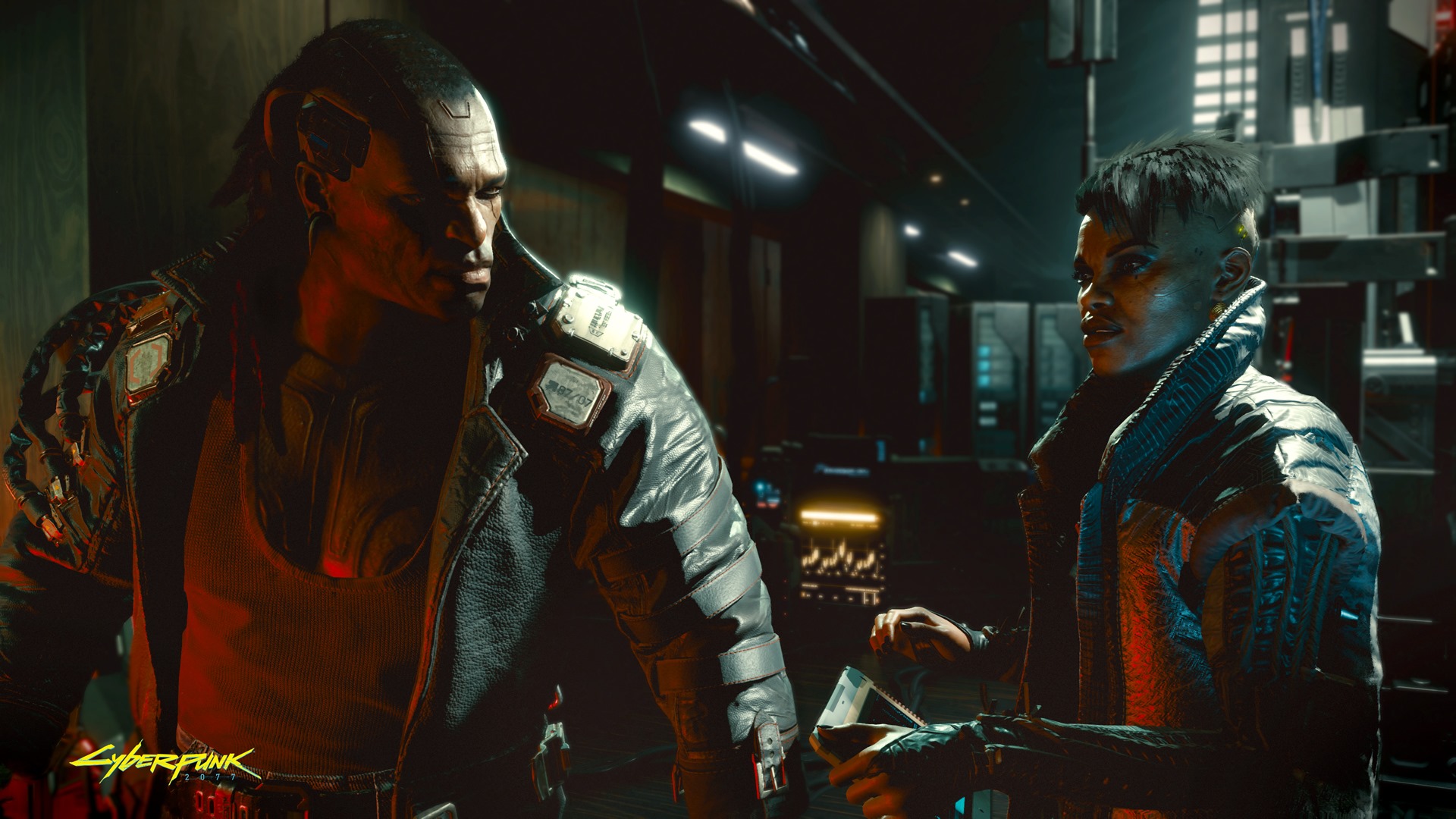 In the game, the player embodies a customised mercenary outlaw, who navigates the different areas of the vast city going after a one-of-a-kind implant that is the key to immortality.CD Project Red/Facebook

While a delay with game releases is nothing new in the business, there is also some speculation it is a planned move to boost sales coinciding with the release of new generation consoles, PS5 and Xbox Series X, planned for later on this year.

Throughout 2019, the company's stock quotes increased by more than 90 percent, placing it among the most profitable companies in the prestigious Stoxx Europe 600 index (grouping 600 large and medium European companies). Currently, CD Projekt Red’s market value is estimated at 27 billion zlotys.