A painting by artist Wojciech Fangor has set a record for an online auction in Poland by selling for PLN 1.3 million.

The sale of the painting, entitled ‘M44’, was the top-of-the-bill event at an auction organised by Desa Unicum, one of the largest and oldest auction houses in Poland. 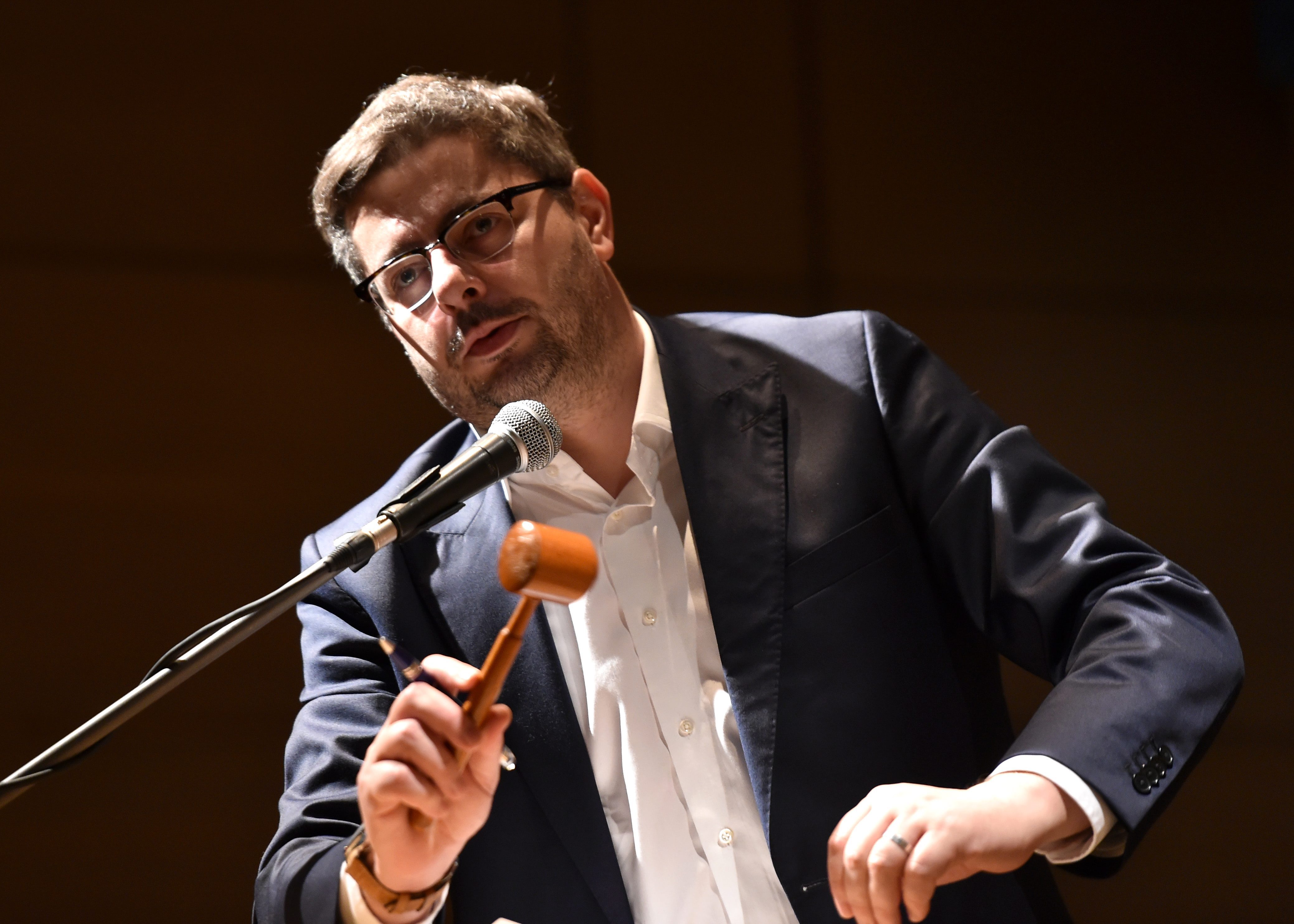 Juliusz Windorbski, Desa’s president, said: “I’m sure that this is the start of the development of the online art market in Poland, and soon it may represent a significant percentage of total sales.”Jacek Bednarczyk/PAP

The auction, which also included works by other acclaimed Polish artists such as Julian Stańczak and Ryszard Winiarski, netted a grand total of PLN 2.5 million.

Bidding took place either over the internet or via a downloadable mobile app.

The price paid for ‘M44’ surpassed the pre-sale estimate of PLN 700,000-900,000, and also indicated that online auctions could now hold their own against traditional ones. 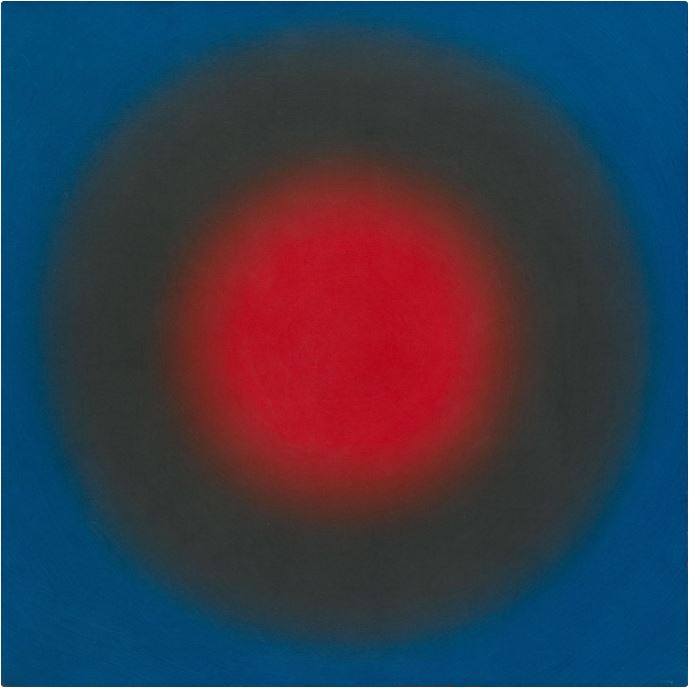 Bidding for M44 took place either over the internet or via a downloadable mobile app.Press materials

“The auction recorded a very high turnover and the price for Fangor’s work was not inferior to the prices paid at traditional auctions,” said Juliusz Windorbski, Desa’s president.

“I’m sure that this is the start of the development of the online art market in Poland, and soon it may represent a significant percentage of total sales.” 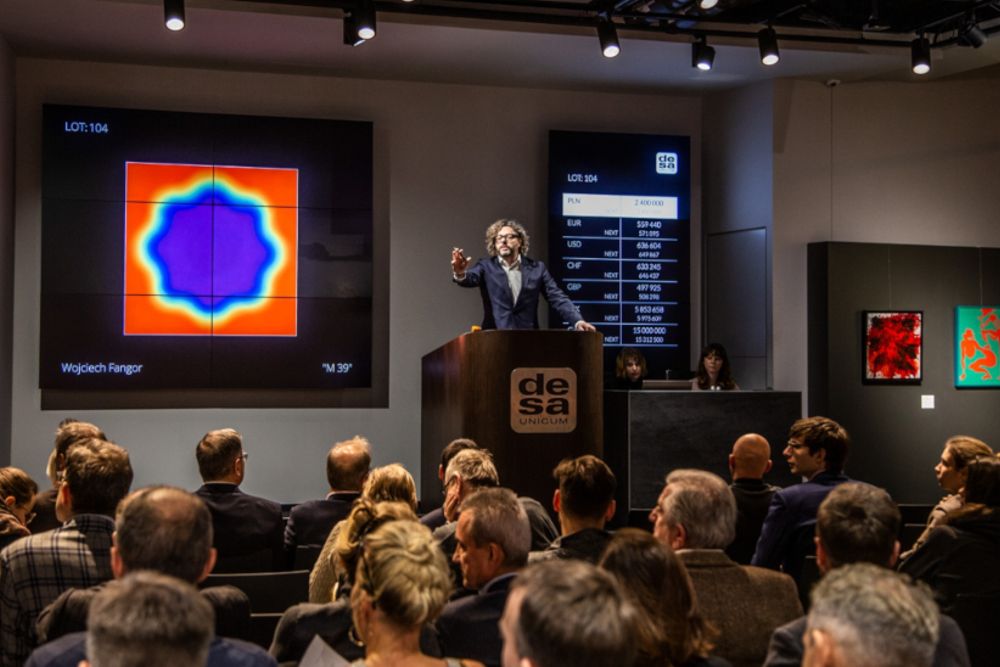 In 2018 Fangor’s painting M39 went at auction for a Polish record of PLN 4.72 million.DESA Unicum

Fangor, who died in 2015 aged 92, was one of the country’s leading contemporary artists. During a lifetime spent working both in his native land and in Germany, the UK and the US, he established himself as an acclaimed artist, and his work has become sought after.

Along with the record price for Fangor’s painting at the online auction, a piece by Andrzej Nowacki went for PLN 106,000, a record for a work of art by that artist. 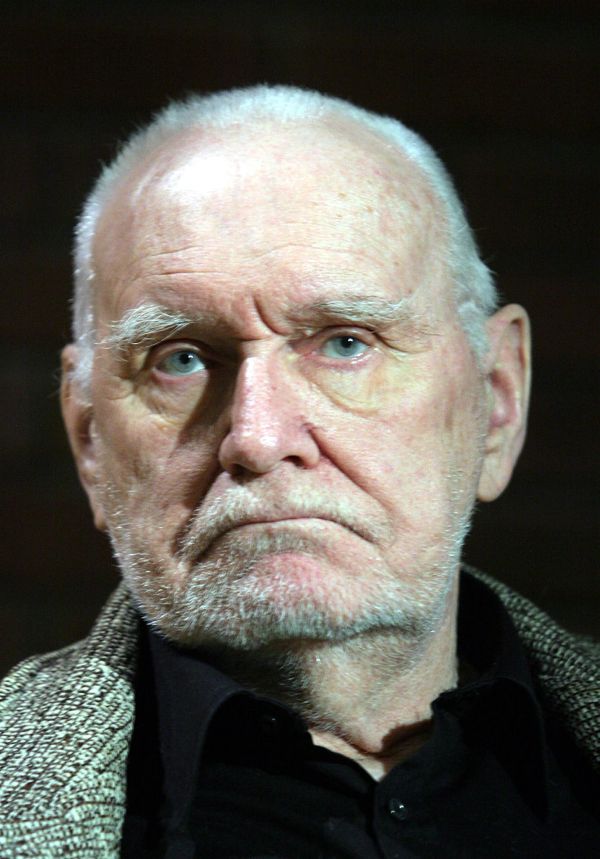 Wojciech Fangor belonged to a group of artists dealing with the issue of painterly illusion and the most recognizable Polish artist in the American op-art environment.Piotr Polak/PAP

The European Fine Art Foundation put the total global value of the online auction market in 2018 at USD 6 billion, 11 percent more than the previous year.