Low water levels have revealed a tragic secret that has lain beneath the depths of a lake in Poznań since the Second World War.

Lake Rusałka, an artificial lake that is a favourite spot for the city-dwellers looking to relax, was built by Polish and Jewish prisoners during the war, and now, with the water level dropping, matzevah, Jewish tombstones, have become visible.

The stones were used to reinforce the lake’s banks and bottom, and now efforts are being made to have the stones removed to a place of dignity, and for a memorial to go up for those who died working on the lake’s construction. 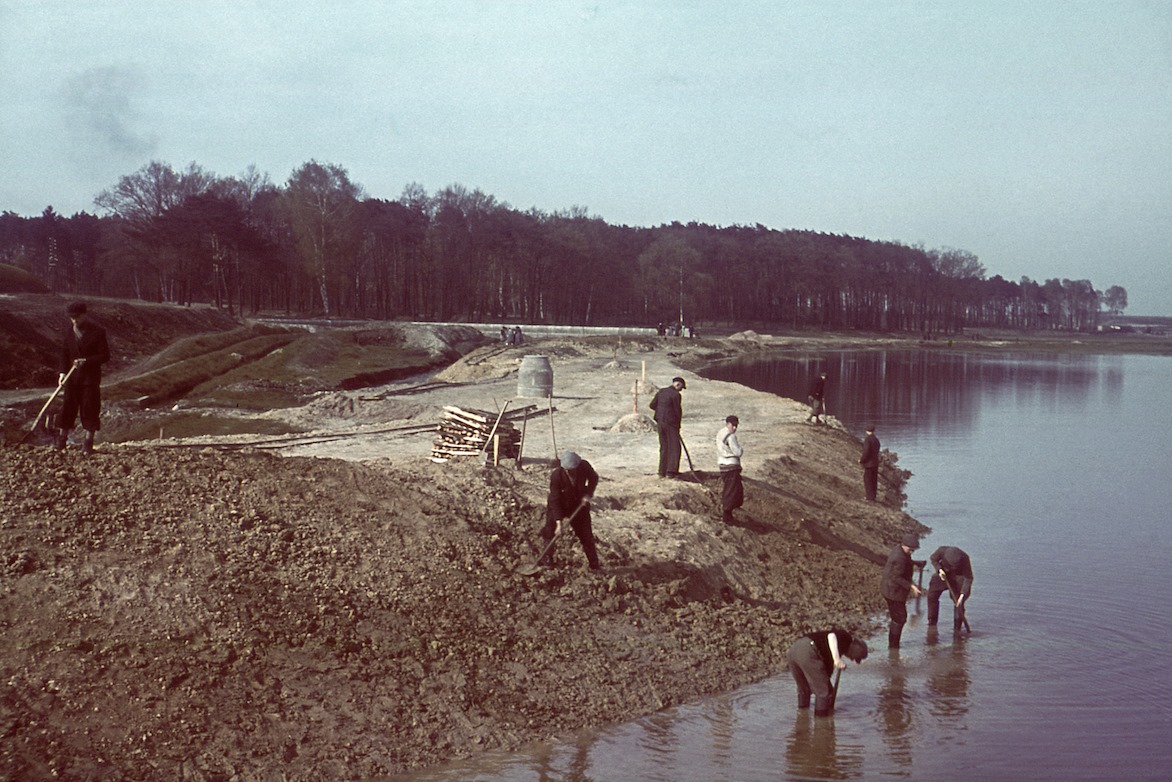 Forced labourers at work during the lake’s construction.Stowarzyszenie Mieszkańców Abisynia/Facebook

The grim history of Rusałka, which covers an area of 367,000 square meters and is known in German as the Elsensee, dates back to the Nazi occupation.

Back then the Nazis planned to incorporate Poznań, Posen in German, into the Third Reich and to populate it with Germans. A part of their plans was the construction of an enormous recreational area within the boundaries of Poznań - the Golnauer Volkspark.

From 1940-42, the Nazis used Polish and Jewish workers, including children, to dig the lake. Many of them didn’t survive. Lake Malta on the other side of the city was constructed in a similar way. 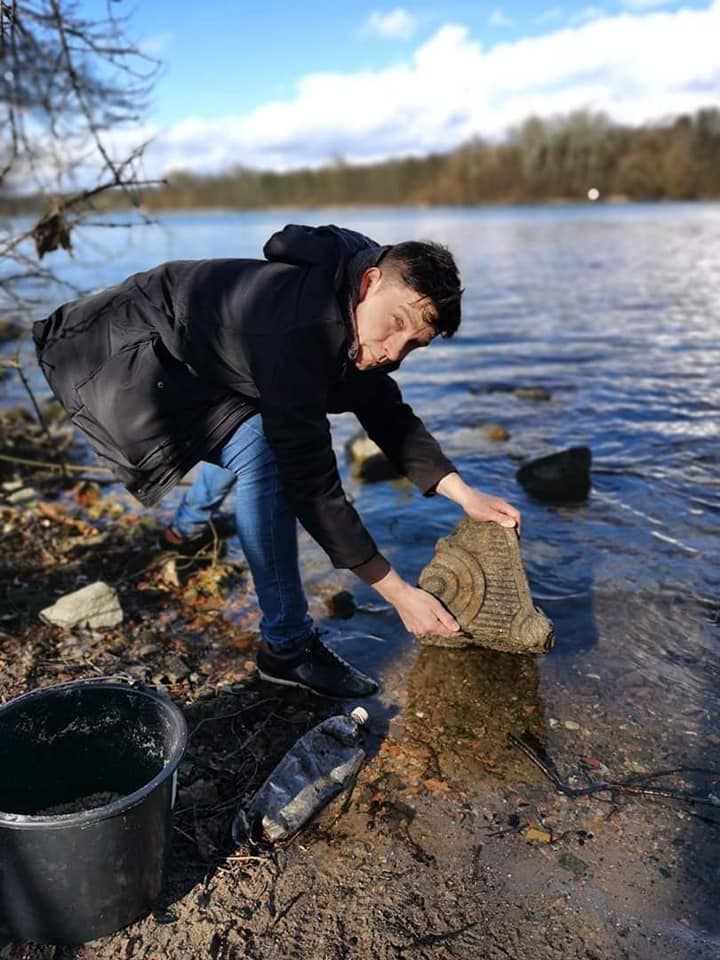 Maciej Krajewski removes a fragment of tombstone from the lake.Łazęga poznańska/Facebook

The death of the prisoners was further evidence of the murderous policies of the occupying Germans. Even before construction began nearby forests had been used as execution sites for over 2,000 prisoners who had been kept in Fort VII (Konzentrationslager Posen) – a German death camp.

Now, two Poznań-based NGOs, Stowarzyszenie Mieszkańców Abisynia (Residents Association Abisynia) and Stowarzyszenie Łazęga Poznańska (Poznań Wanderer Association) are working together with the city authorities to bring back the memory of these tragic events back to life, and to commemorate their victims.

They began by preparing an information board on the history of Lake Rusałka. Maciej Krajewski from Stowarzyszenie Łazęga Poznańska told TFN: “This first step is the most important for us because it was shameful that over 70 years after the war, there wasn’t even a simple board there. Sometimes people would write something on a piece of paper or light candles.” 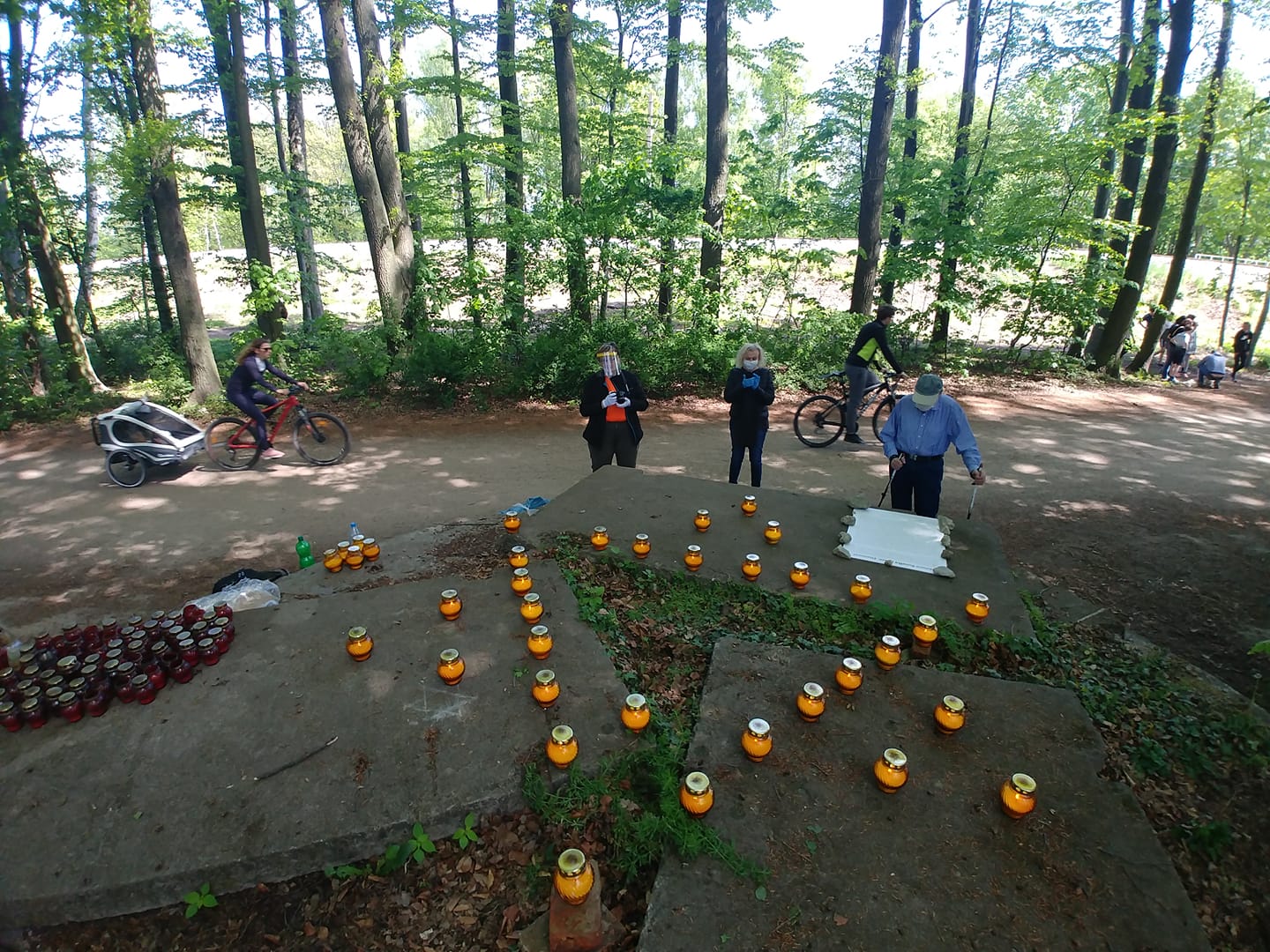 People commemorate the Jews who died during the construction of the canal at a service held earlier this year.Łazęga poznańska/Facebook

On occasions such as the Warsaw Ghetto Uprising Anniversary, Poznań residents would light candles to commemorate the victims of the German occupation near the lake.

The content of the information board was written along with historians from the Institute of National Remembrance, a state body charged with investigating war-time crimes. While the city council gave its permission, the associations crowdfunded the production. Within a week, the organisers had raised PLN 6,000, two-thirds of the costs.

Curiously, the activists decided not to ask the city for funds. Krajewski said: “We chose a different path. It’s hardly the end of what needs to be done. There is also the issue of the battered matzevah, which we still have to take care of. It will be a lot more expensive.

“We believe that the information board on what happened during the lake’s construction should appear as soon as possible, and this first step was up to the community,” he added. 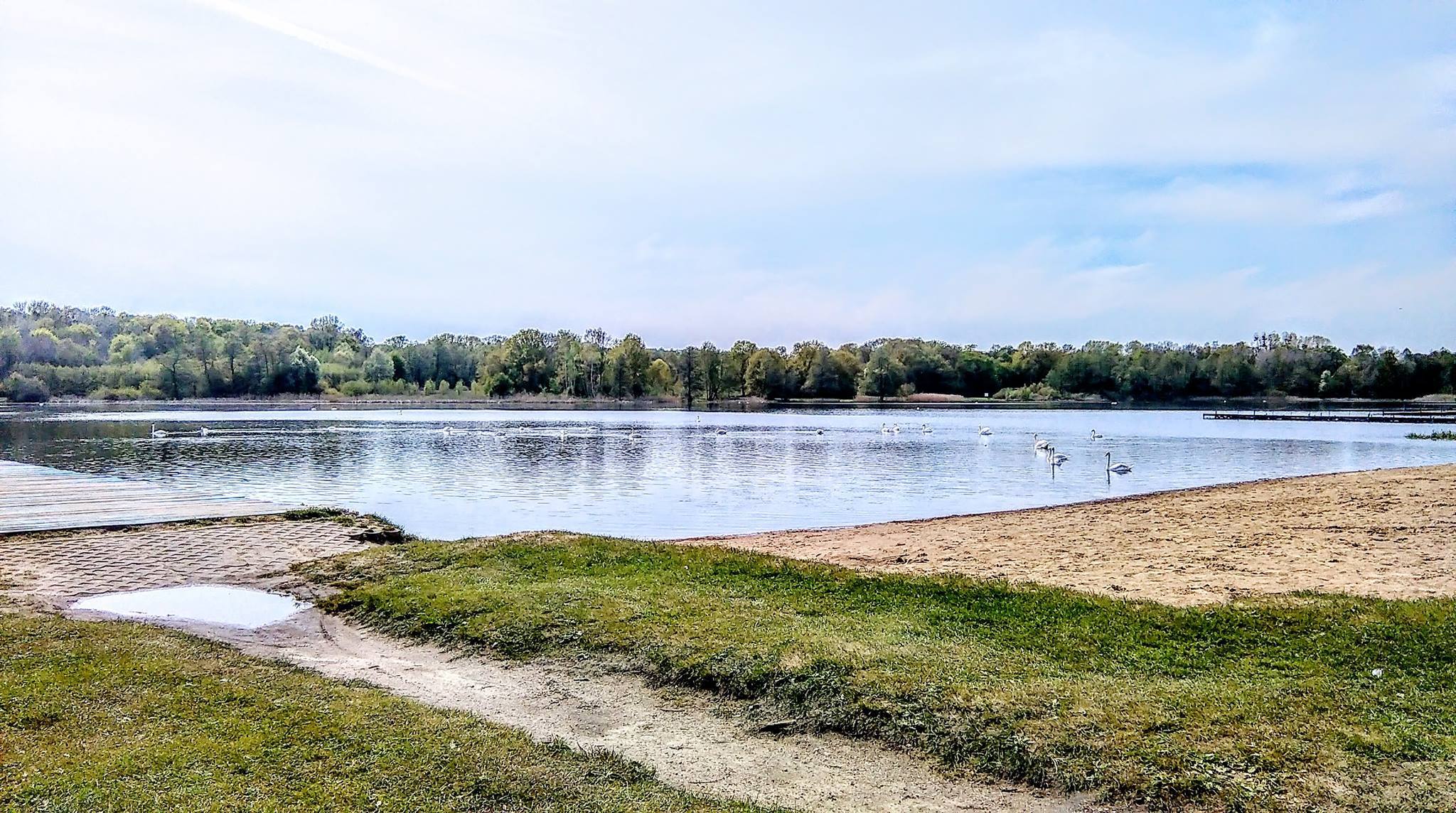 The lake is now a popular spot for the city’s residents to relax.   Rusałka/Facebook

To construct the lake the Germans used the tombstones as building materials. They took the matzevah from the Jewish cemetery on Głogowska Street (now the site of the Poznań International Fair), as well as stones from Christian graves located in Saint Martin and Saint Margaret graveyards.

According to Krajewski, to further erase any traces of Jewish culture, many stones had the inscriptions erased from the surface. Cemeteries play a special role in Jewish tradition and culture. It is forbidden to exhume the bodies or move the tombstones, which made the act of using them to reinforce the lake’s banks and bottom even worse.

Now that Rusałka is a place for leisure and recreation, with bars and water sport equipment rentals, it is crucial to remove the matzevah and find a place where they can be stored in a dignified manner.

“No one thinks about changing the character of this beautiful place, which serves the recreational needs of Poznań residents,” stated Krajewski. “Sometimes there were voices saying that people would stop wanting to go there, or that the trauma of previous generations cannot be transferred to the present.” 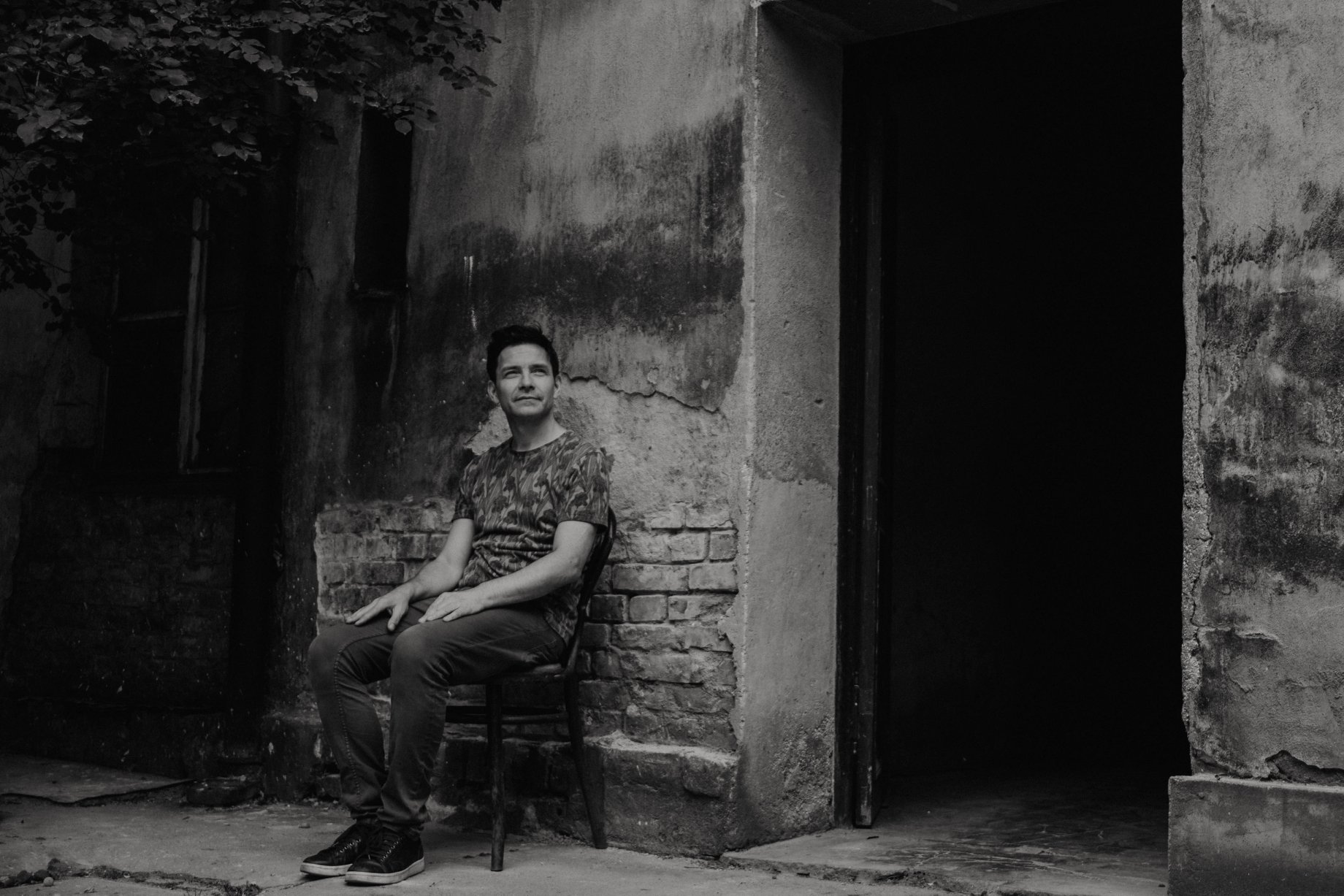 “We believe that information about what happened during the lake’s construction should appear as soon as possible,” says Krajewski.Łazęga poznańska/Facebook

The two associations want to ensure that the memory of the atrocities carried out during the lakes construction is not forgotten, and that the tombstones can be removed. With both the city authorities and the local Jewish community in agreement, the biggest challenge remaining is funding.

Although the low water levels have uncovered the tombstones and some can be found in the bushes around the lake, the operation to remove them all won’t be easy. It will require lowering the reservoir’s water levels even more, replacing the stones with other materials, and ensuring that the fauna and flora survive the process.

While this operation is still far ahead, other steps can be taken now. Krajewski said: “In our opinion, we need a memorial site, a place of remembrance for Rusałka. There are huge spaces here so it is a matter of agreeing where. A number of partners, historians, artists, landowners, members of the Jewish community will have to participate in this.”

There seems to be a general consensus, that the matter should finally be resolved, so hopefully in, the near future, the tombstones stored in several sites around Poznań will find their final resting place in a lapidarium, while the victims of death camps and forced labour will be commemorated by a monument similar to the three that are placed around the lake for Fort VII prisoners.