The SS women guards who decided over the life and death of female prisoners at Auschwitz are the subject of a new online lesson focusing on the perpetrators of the German extermination camp.

Prepared by the International Center for Education about Auschwitz and the Holocaust (ICEAH), the education branch of the Auschwitz-Birkenau State Museum, the lesson entitled ‘Women working for the SS’ tells the shocking story of how the women were able to take part in the largest recorded mass murder in history during the day and then return home, relax and have fun with SS men after work. 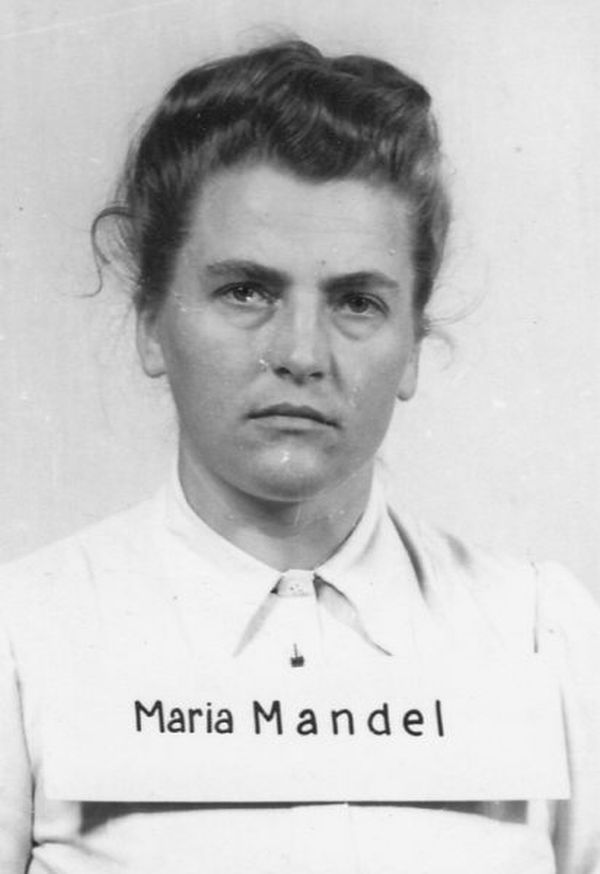 Maria Mandl was a senior SS guard in Auschwitz concentration camp from October 1942 to October 1944.A-BSMA

Agnieszka Juskowiak-Sawicka, head of E-learning at the ICEAH, said that it is “astonishing how the perpetrators were able to create and believe in a world view that some people can and should be isolated, treated cruelly and finally put to death while they live in the separate world of their families, friends and communities.”

The author of the online lesson Dr Sylwia Wysińska pointed out that more than 200 women served in the SS at Auschwitz.

The number is small compared to men who served at the camp. However, as Dr Wysińska writes: “It does not change the fact that not just men, but also women actively supported the functioning of the concentration camps and had their share in the crimes committed there.” 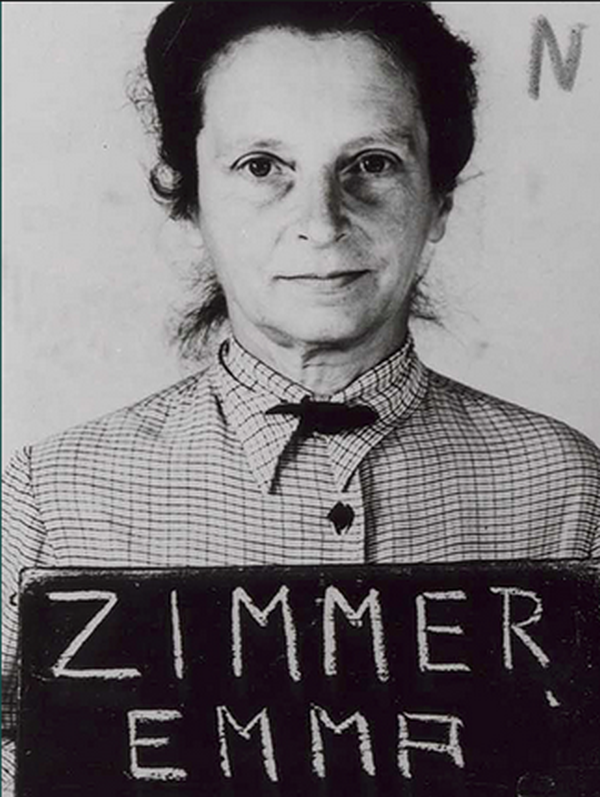 Emma Anna Maria Adelheid Zimmer (neé Mezel) was delegated to work at Auschwitz at the beginning of October 1942. In September 1943, she was awarded the War Merit Cross Second Class without Swords for her long-time service for the SS.A-BSMA

The women were divided into three groups. The biggest group were the Aufseherinnen, or female SS guards, whose main task was to oversee female prisoners sent to Auschwitz from March 1942.

The second group was formed by women employed as SS-Helferinnen, or SS auxiliaries, to work as radiotelegraph operators, stenographers and telephone operators. The third group were the ‘SS Sisters’ – nurses and Sisters of the German Red Cross. 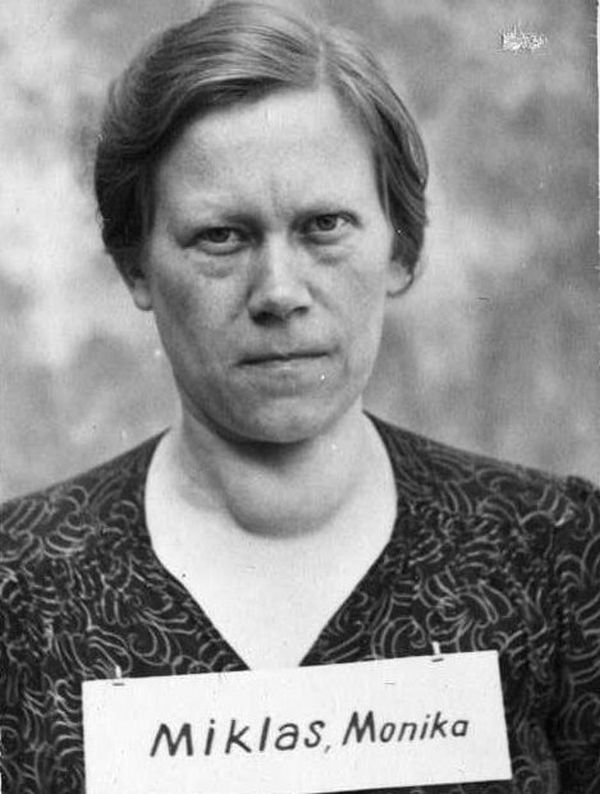 One of Monika Miklas’ duties as a guard included being a block leader and monitoring the camp’s packaging station. After the evacuation of Auschwitz, she was delegated to work in Ravensbrück, where she remained until spring 1945. She was sentenced to eight years imprisonment by the Regional Court in Wadowice.A-BSMA

The lesson explains that not every woman who worked at Auschwitz was initially a sadist. However, as the lesson explains “under the influence of peer pressure, the behaviour of many of them became increasingly brutal. Serving in a concentration camp contributed to the development of exultant feelings of absolute power, which they would not have had under normal circumstances.”

The women routinely administered beatings and torture, and would set dogs on the prisoners in the female part of the camp.

Testimonies quoted in the lesson from female prisoners given after the war provide a shocking picture of the brutality of the women. 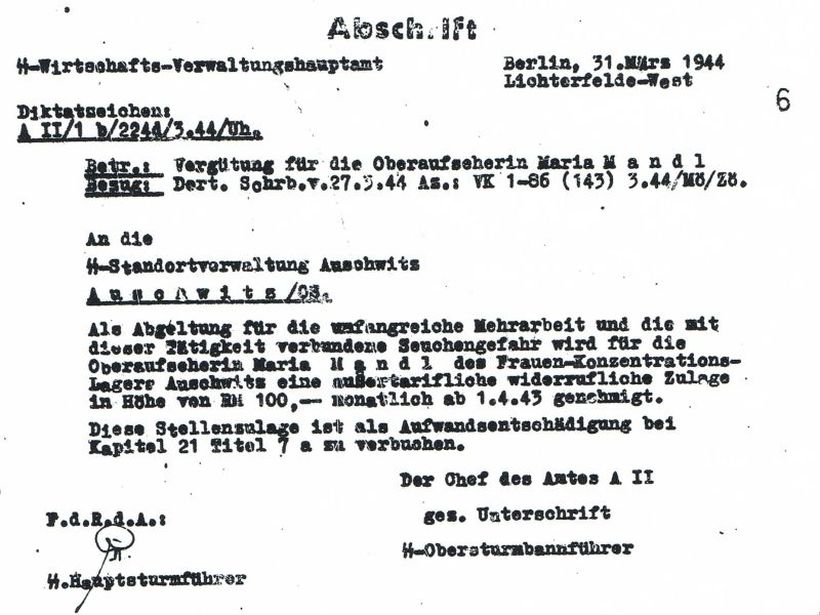 Letter from the SS Main Economic and Administrative Office to Auschwitz concentration camp on granting Maria Mandl a bonus.BA

Prisoner Aglaida Brudkowska described one particularly sadistic guard, Maria Mandl: “She used to impose a punishment on prisoners after a day of extremely hard labour or called additional evening roll calls, where women had to kneel down with their hands up. Such roll calls lasted two or three hours with women fainting or even dying in their course.”

Maria Emmerling described the guard Luise Danz: “Female prisoners fainted as they saw her, because she harassed women by beating and kicking. One day during a roll call, I saw Danz slapping a female prisoner so hard across the face that she fell down and Danz mistreated her with her shoes showing no mercy.” 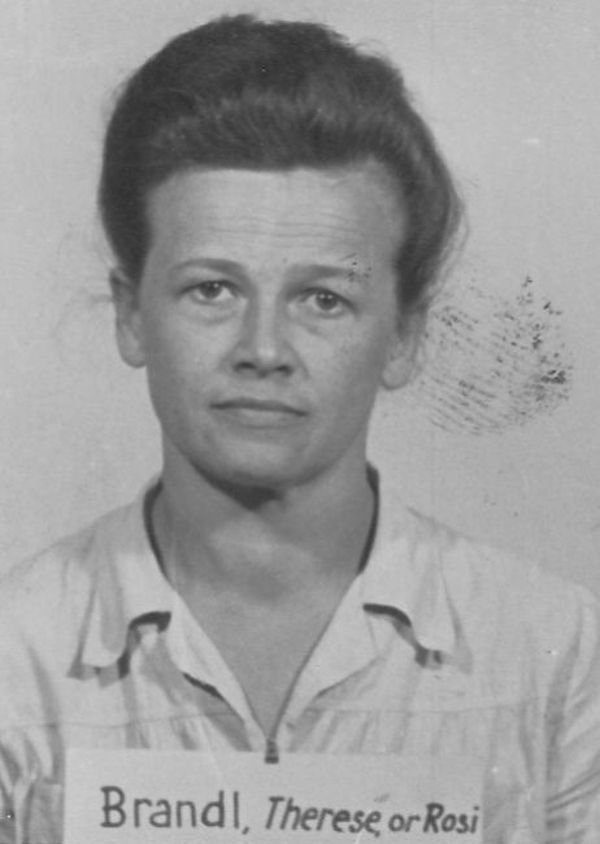 Therese Brandl was delegated to Auschwitz concentration camp, where she stayed until the end of 1944 working as SS Report Leader (Rapportführerin) and supervised the prisoners working in the Rajsko subcamp. After the war, she was sentenced to death.A-BSMA 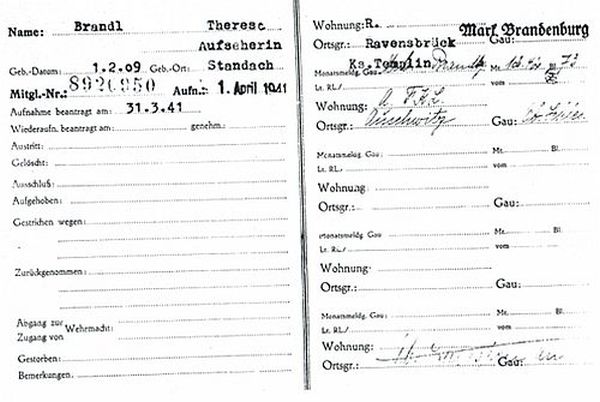 The oldest female SS guard working in Auschwitz concentration camp was Emma Zimmer, who was 54 while she was working in the camp.

She arrived at Auschwitz from Ravensbrück at the beginning of October 1942 and worked until December 1943. In September 1943 she was awarded the War Merit Cross Second Class without Swords but her service ended due to her age, health problems and alcohol abuse. 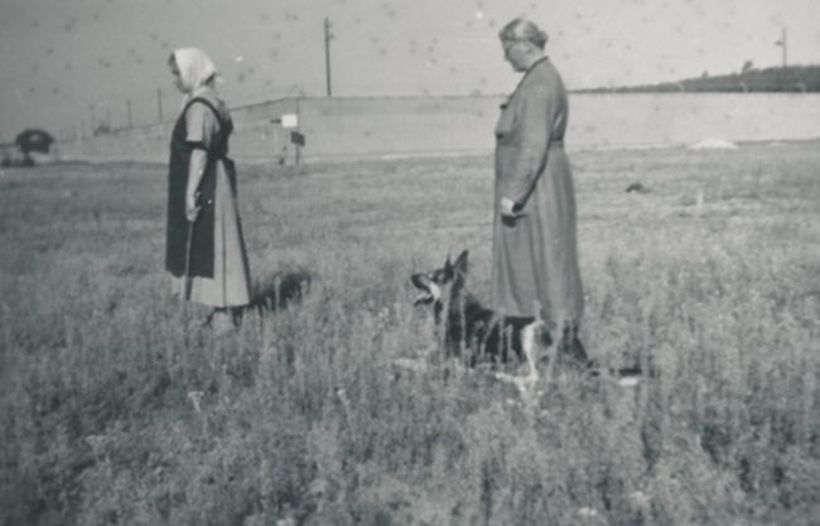 From 1940, some female guards were sent to Berlin to take part in a special dog training programme dogs to discipline prisoners.MGR

After the war she was detained by the US and deported to an internment camp in Ludwigsburg, from where she was handed over to British authorities.

She was sentenced to death by hanging by the British military tribunal in the 6th Ravensbrück Trial, which was carried out in September 1948. 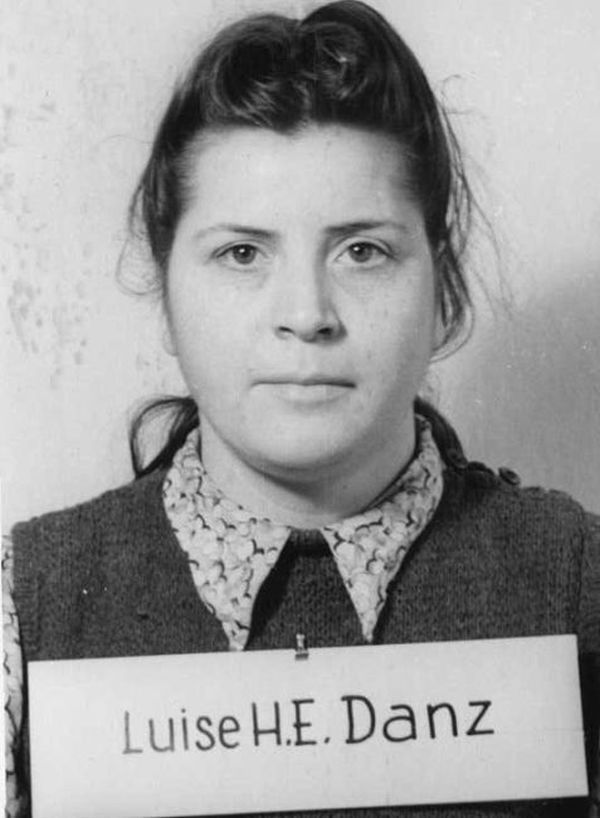 In 1947, Luise Helene Elisabeth Danz was sentenced to lifetime imprisonment but was granted amnesty 10 years later.A-BSMA

Most of the female guards were trained at the women’s concentration camp Ravensbrück. Ideological and political educational training was compulsory. When the female section of Auschwitz was established in 1942, prisoners were sent there from Ravensbrück and the guards followed.

After work, the female guards could relax in the camp headquarters building where unmarried guards lodged. They would also attend parties and go on trips, for example to the nearby SS holiday centre Solahütte. 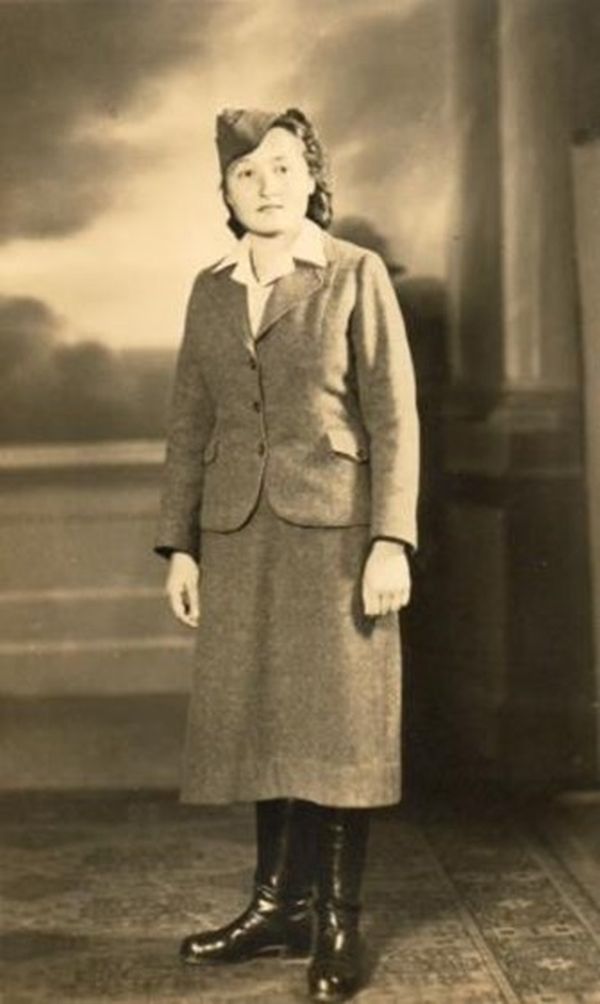 The lesson describes how relationships between male and female SS guards formed: “Some female SS guards working in the camp spent their free time meeting SS men after work. The night visits of SS officers must have been quite loud as in March 1943, the Commandant prohibited them from entering the female quarters.

“It did not prevent female SS guards from engaging in close relations with SS men. As a result, dozens of couples formed in Auschwitz and some of them ended in marriage.”

The lesson explains that among the female SS guards who worked in Auschwitz, only a few were tried for their crimes. 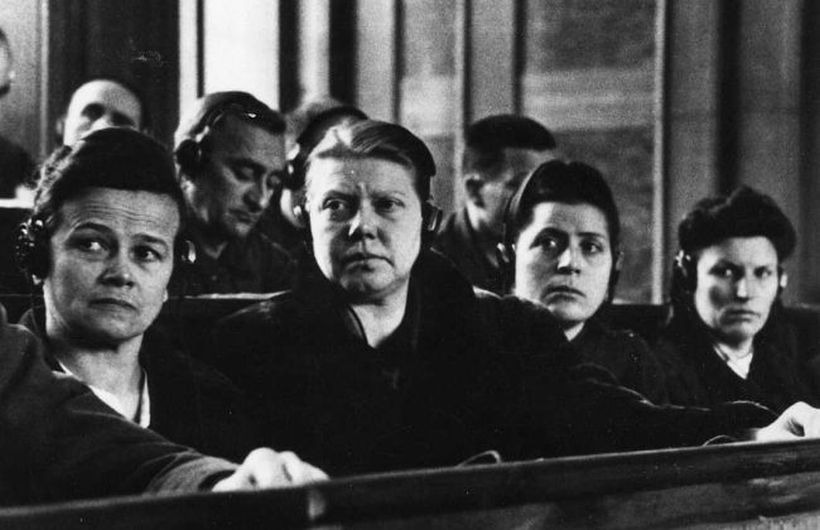 Five of the guards were extradited to Poland from the US and British Allied Occupation Zones in Germany on the request of Polish authorities.

According to the lesson: “None of them pleaded guilty. On the contrary, they tried to diminish their participation in the crimes, explaining that their attitude towards prisoners was decent.”

Despite this, all of them were found guilty. Alice Orlowski and Hildegard Lächert were sentenced to fifteen years imprisonment and Luise Danz to life imprisonment. 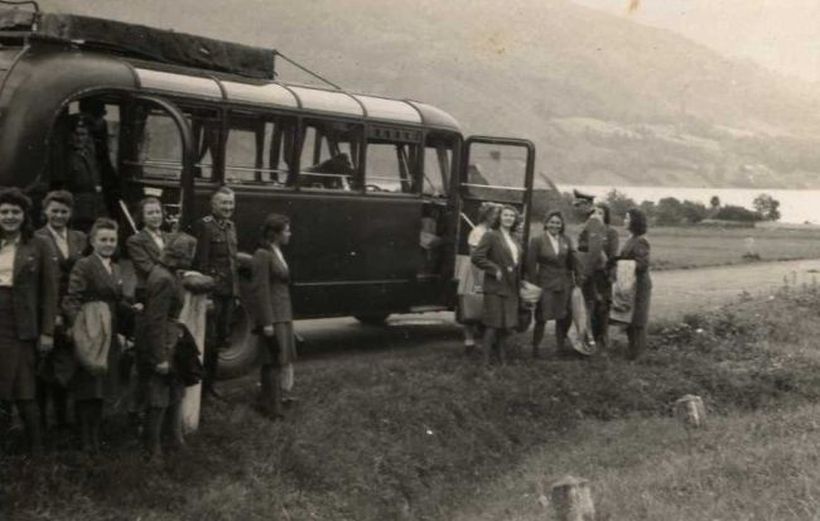 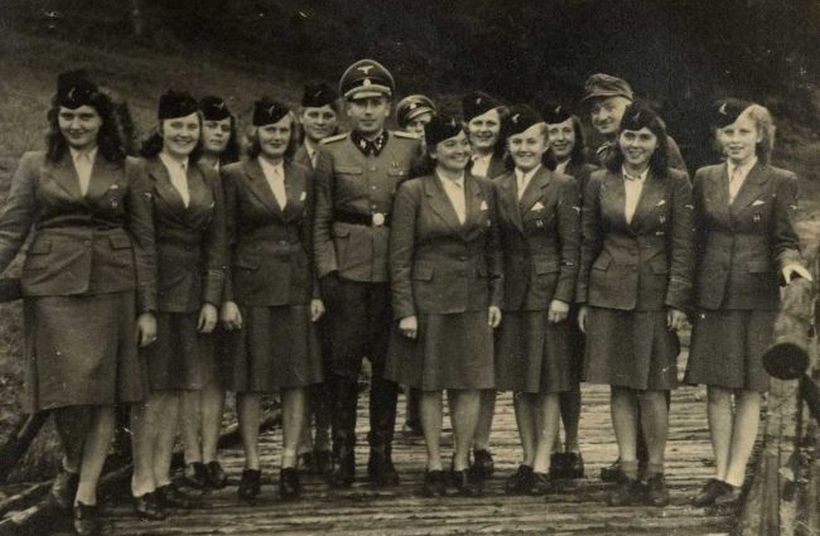 Female SS guards arriving at a holiday resort in Porąbka.USHMM

Therese Bradl and Maria Mandl were sentenced to death by hanging, which was carried out on the morning of January 24, 1948 in the Montelupich prison in Kraków.

The focus of this online lesson on female perpetrators and a subsequent lesson on the SS Garrison at Auschwitz represents a move away from previous lessons that were about the camp’s victims. The Auschwitz Memorial Museum published its first online lesson in 2012.