This week saw Warsaw’s Hotel MDM get a facelift. A communist-era monolith, it had become a decrepit reminder of a darker past, at odds with its place in a modern, vibrant and forward-looking capital city.

That doesn’t mean it’s gone for a completely new look. Instead it’s undergone a subtle changes, retaining enough of its original features to be recognisable, yet inoffensive.

And it’s not alone. Stretched across Warsaw are a countless remnants of the so-called ‘socialist dream’ having a touch up.

As far as big ideas go, socialist realism really was up there. As part of a Stalinist propaganda machine keen on colonising the post-war political landscape, its ruthless ideology was etched into big granite slabs of totalitarian grandeur. 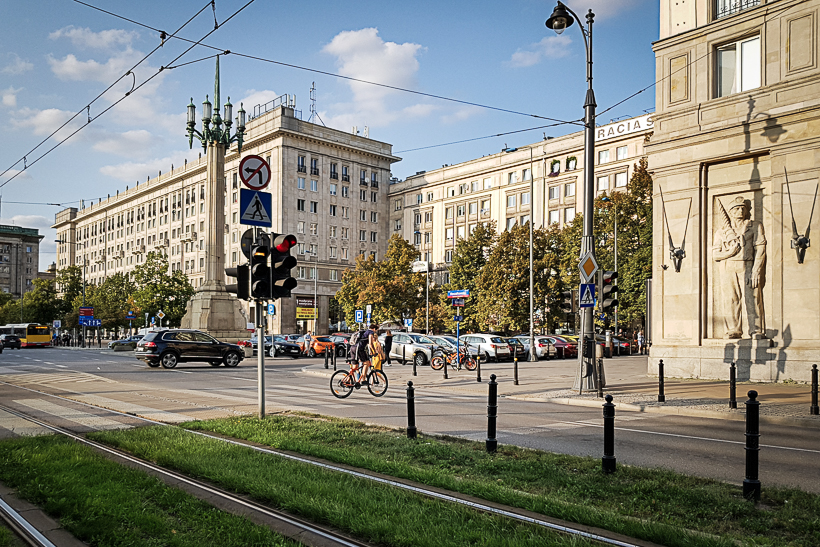 Though it was sold as a housing development, the area was mainly settled by party leaders and apparatchiks.Kalbar/TFN

Giant blocks of stones retrieved from abandoned Third Reich quarries, astounding reliefs featuring hammer and sickle-bearing men and women and an urban imperialism that only centralised planning could achieve, socialist realism was the height of kitsch modernism.

The newly reopened MDM Hotel in Warsaw was at the centre of one of its key projects, the Marszałkowska Residential District (or ‘MDM’ in Polish).

Of course, modernism had its ideological counterparts either side of the Iron Curtain. Because the Second World War was so devastating in its machinations, it’s easy to forget how traumatic the First World War was. In the desolate post-war new order, modernism was supposed to create new narratives of hope: for some, this was eternal freedom, of a New York Art Deco grandeur; for others, a strident Bolshevik equality. 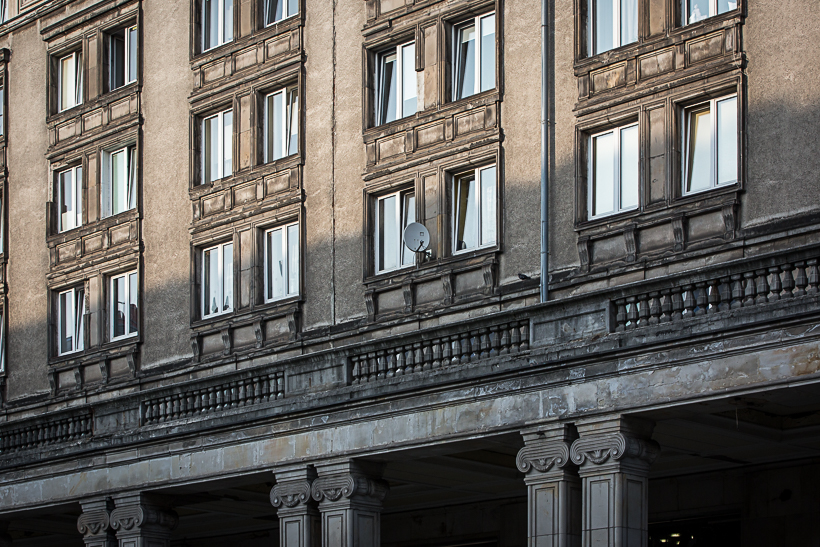 Lauded by architects as design triumphs, anyone who spent any time in socialist Poland only saw them as grey drab throwbacks to a time they'd rather now forget.Kalbar/TFN

Stalin was, of course, more a tyrant than an ideologue, and he took strategic advantage of Warsaw after Hitler razed it to the ground. Still, one way to claim people was to claim their minds and MDM came to be part of this grand campaign.

At MDM, streets were collapsed, a giant public space for party rallies cordoned off, while sheer stone totalitarian symmetry towered over everything – all under the watchful gaze of stone miners, steel workers, and female textile workers. 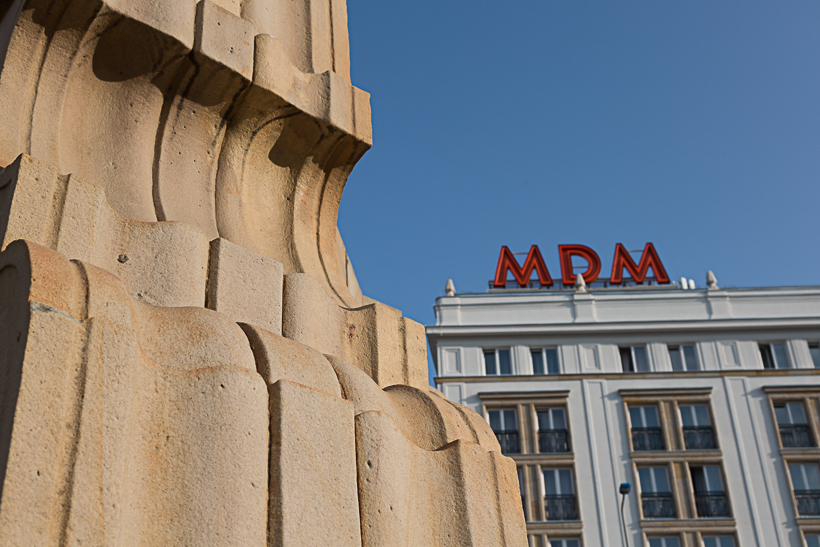 The newly reopened MDM Hotel in Warsaw was at the centre of one of its key projects, the Marszałkowska Residential District (or ‘MDM’ in Polish).Kalbar/TFN

Though it was sold as a housing development, the area was mainly settled by party leaders and apparatchiks. Still, along with Stalin’s ‘present’ the Palace of Culture, it stood out as a beacon for modernity: neon signs, not out of place in any American city of the 50s, blinked out from the edifices and rooftops of the complex. The future was here.

MDM and the Palace of Culture after 1989 became, predictably, places for historical contestation. Lauded by architects as design triumphs, anyone who spent any time in socialist Poland only saw them as grey drab throwbacks to a time they'd rather now forget. Much of Warsaw’s modernism (not only socialist realism) fell into disrepair. 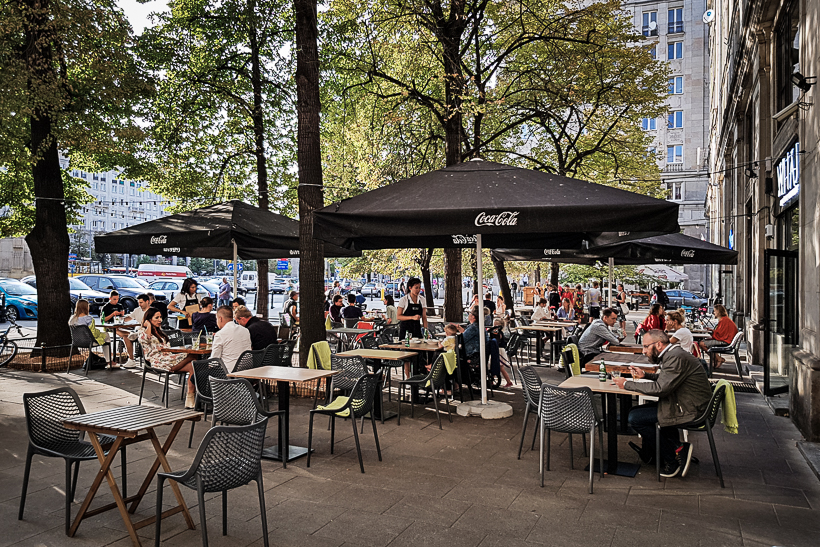 Today, the old and new, the past and the present, happily sit next to each other.Kalbar/TFN

Only in the last few years have there been make or break discussions about what to do with a history that, at least within the dominant national narrative, is a bad one. Thus the Palace of Culture is invoked in debates, the stark Warsaw train station has undergone renovations, while other architectural triumphs, like the first Polish supermarket Supersam, have been relegated to the annals of history.

MDM, though, managed to secure recognition in 2017, and a newly-refurbished Hotel MDM, ensures that though the area represents a difficult part of Polish history, it is worth preserving all the same.