The most lifelike image ever created of Polish composer Fryderyk Chopin has been produced by an Iranian computer graphics artist.

The natural detail in the 3D renders is breath-taking. Chopin appears youthful and healthy as he gazes directly at the viewer. His eyes, sparkling with light, are mournful as if he is lost in his own thoughts.

He wears a slight frown set under an unruly mop of hair combed to the side. Below his hooked, unsymmetrical nose, his lips, full and plump, are on the cusp of an utterance.

These uncannily vivid and naturalistic renderings were created by Hadi Karimi, an Iranian graphic artist who creates 3D-sculpted computer images of famous artists from the present and the past.

“I have spent many hours on this project and I hope that my work corresponds to what the composer actually looked like,” the graphic artist said. 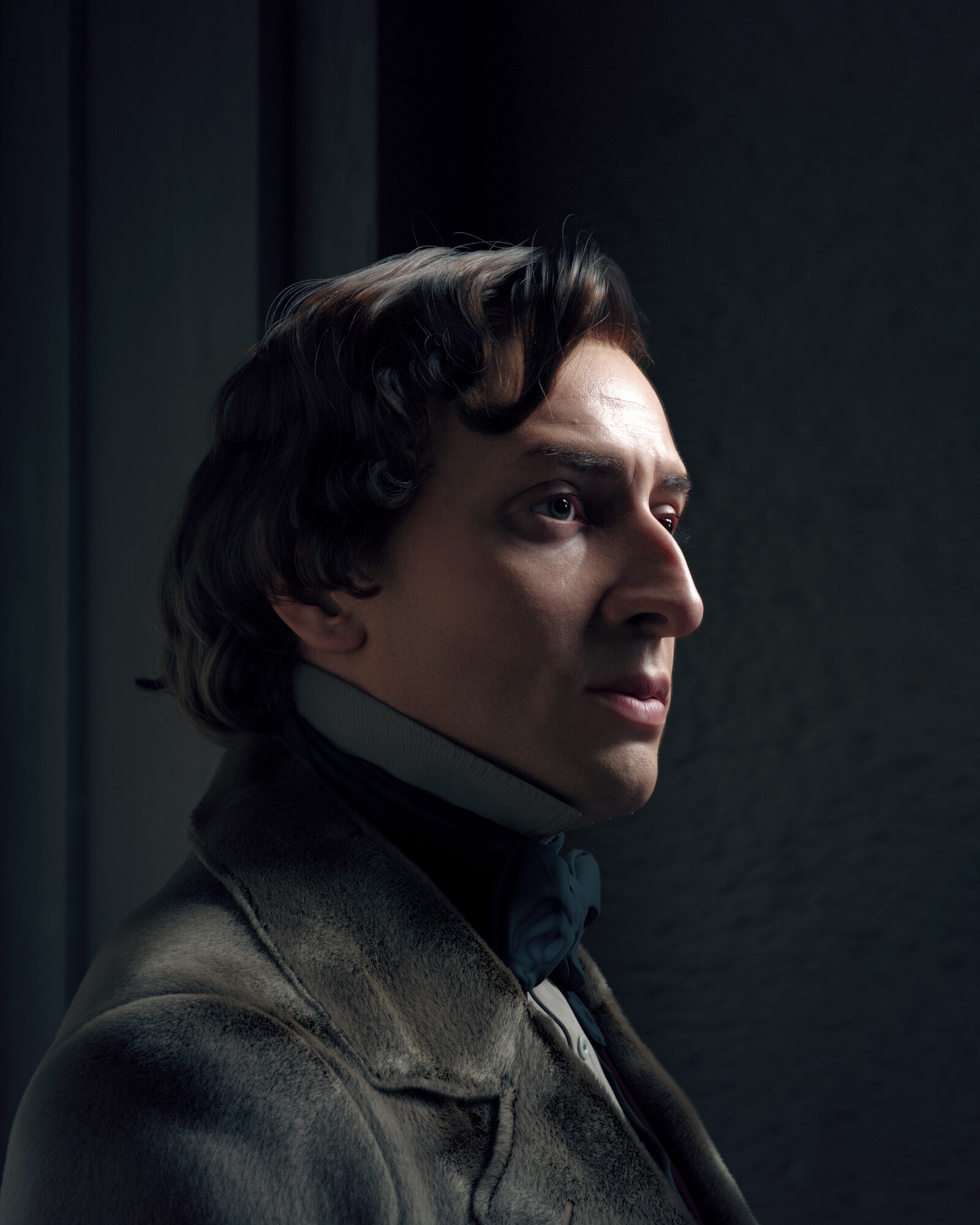 Karimi admitted that working of the Chopin rendering was not easy, mainly due to the lack of accurate and detailed photographs of him.

“Chopin was very introverted and private type of person, he has only two confirmed photographs, and one of them is deteriorated and hard to get anything out of while the other one was taken during the time that he was seriously ill and his face is swollen and disfigured,” he said on Instagram.

“Also in his lifetime Chopin had his portrait painted and drawn by a variety of artist, but the problem with most of them is that they’re more flattering rather than realistic,” he added.

The pose and clothing that Karimi finally chose for his rendering come from the Daguerreotype photograph taken of Chopin in 1847 in Paris in the studio of L.A. Bisson.

Though Chopin appears sickly in the photo, Karimi managed to create his likeness showing Chopin in full health. This was not easy though. 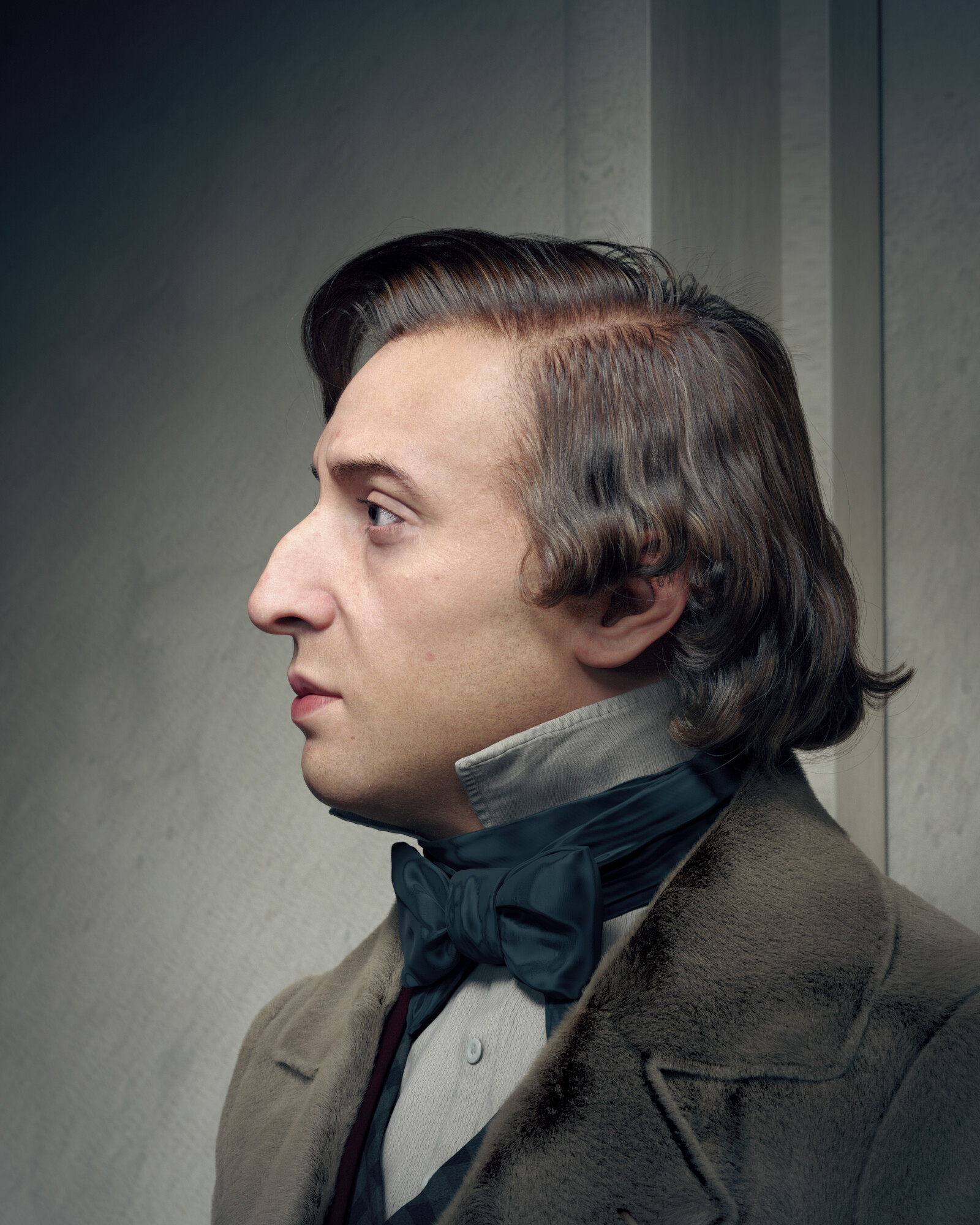 To achieve a natural look of Chopin’s hair, Karimi used a lock of hair from the Chopin Museum in Warsaw.Hadi Karimi

To achieve the likeness, Karimi resorted to using the death mask made hours after his death by French sculptor Jean Baptiste Clésinger in 1849. However, this also was not an ideal solution.

“After death all the muscles lose their tension and all that is left is a disfigured face. I did my best to breathe life into it, don’t know how close this is to how the man actually looked like!” he said.

To achieve the natural look of Chopin’s hair, Karimi used a lock of his hair from the Chopin Museum in Warsaw.

Alongside the Chopin artefacts, Karimi of course used the latest computer imaging technology. On Facebook, he said that he used ZBrush to sculpt Chopin facial contours, he used Substance Painter to add colour texture, and he used Xgen for the hair.

Along with the renders, Karimi added a video on Facebook and Instagram offering a glimpse at his rendering process. The video, accompanied by Chopin’s Nocturne in E-Flat Major, Op. 9, No. 2, shows how he used Chopin’s death mask to create the contours of his face. 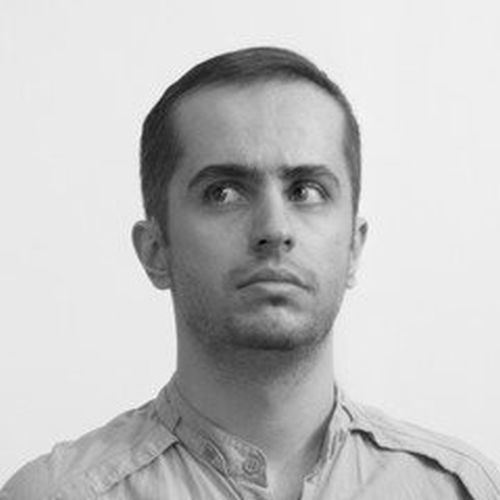 Karimi has been working on 3D computer-generated likeness sculptures for around 10 years.Hadi Karimi

Karimi, based in Tehran, has been working on 3D computer-generated likeness sculptures for around 10 years. Before that, he worked on 2D renderings.

Describing the difficulties of his work in an interview on the specialist website 3dtotal.com, he said, “When I choose to capture a face which so many people are familiar with, I have to be ready to face all different types of opinions and criticisms (which are not always friendly).

“So it has to be convincing or otherwise people will reject it. I love this challenge because I think that’s what makes it so much fun!” he added.

As an inspiration behind his work, Karimi pointed to Rembrandt. “All the facial expressions in his paintings and also his lighting techniques is absolutely extraordinary. He literally captured people’s souls,” he said.

So far, Karim has focused on pop culture figures, therefore making the Chopin rendering a new direction for the artist.

In the future he says that he would like to do more historical figures, including music legends and even philosophers.