Scientists have reconstructed the face of a Pole from 500 years ago using 3D printing technology.

The man lived in the medieval village of Dzwonowo – a settlement we know about only due to aerial photos and archaeological research. 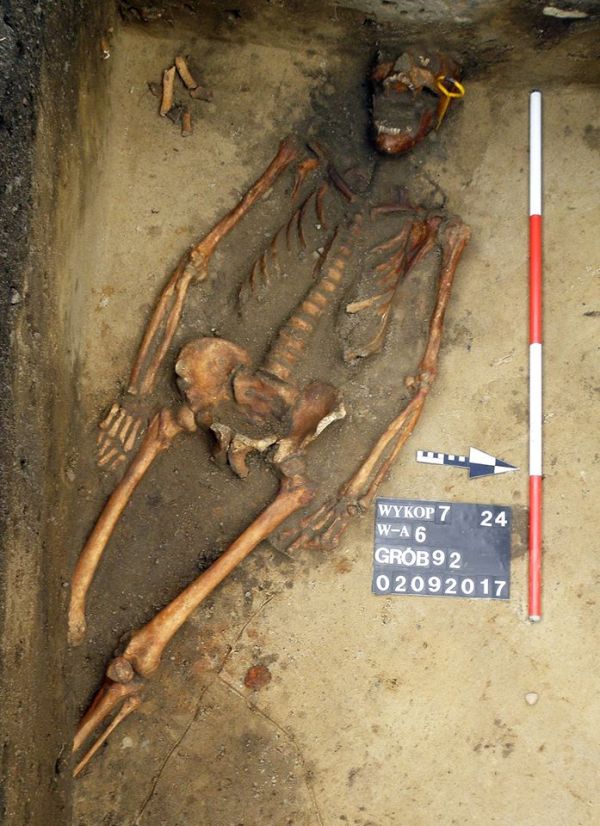 The man’s remains were discovered in the lost village of Dzwonowo, west Poland.Dzwonowo Zaginione miasto

In January 2014, archaeologist Marcin Krzepkowski located the village by analyzing aerial photos and plant formations on the fields near Niedźwiedziny village in the Wielkopolska region, in western Poland.

Looking at the land from above, he saw the outlines of buildings and the urban structures. 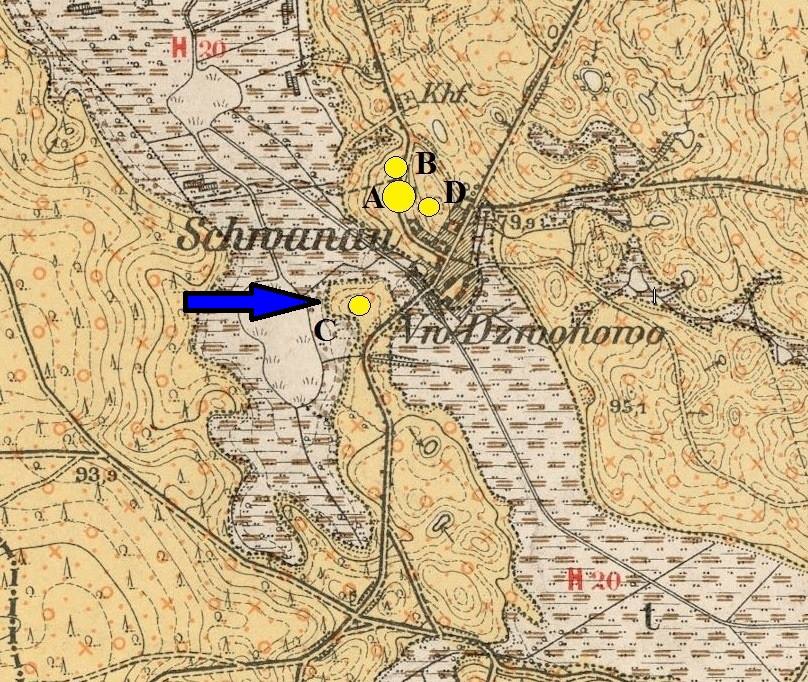 The first mentions of the settlement date back to the beginning of the 14th century.Dzwonowo Zaginione miasto

According to historic records, a town called Zwanowo (from the old Polish word for bell - zwan) or Dzwonowo should have been standing there, even if there were no traces of it above ground.

The first mentions of the settlement date back to the beginning of the 14th century, when the village belonged to the Poznań voivode (regional governor and military commander) Dobrogost - and then to his descendants. 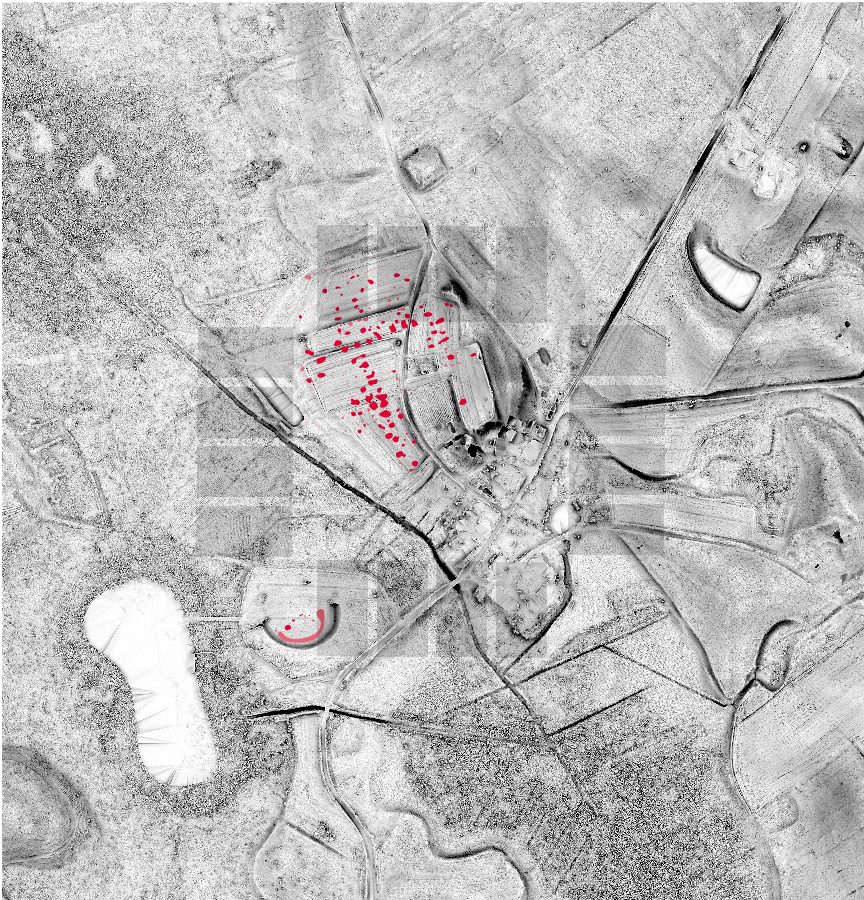 Following the astonishing discovery, archaeologists conducting excavations at the site found the remnants of houses, a church, a cemetery, and a town square. Inhabited by 200 people at its height, the town was slowly abandoned when the main roads were moved away from it. 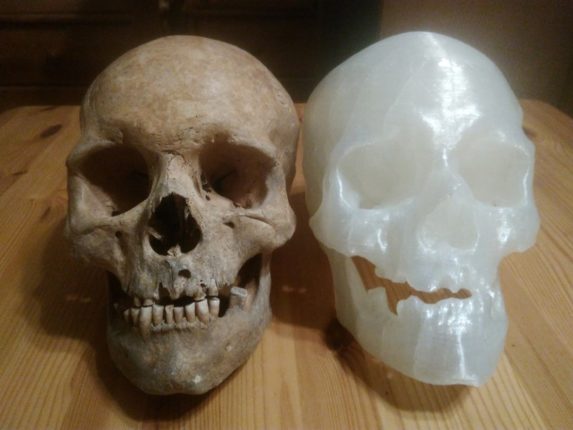 Anthropologists first scanned the skull and then 3D printed a model of it.Dzwonowo Zaginione miasto

Krzepkowski, who leads the research and works in the Regional Wągrowiec Museum, said of the findings from the 14th to 18th-century cemetery: “We examined over a hundred graves, which is an estimated five to ten percent of all burials at the Dzwonowo cemetery.”

The deceased were buried in even four to five layers, showing how long the graveyard was in use. 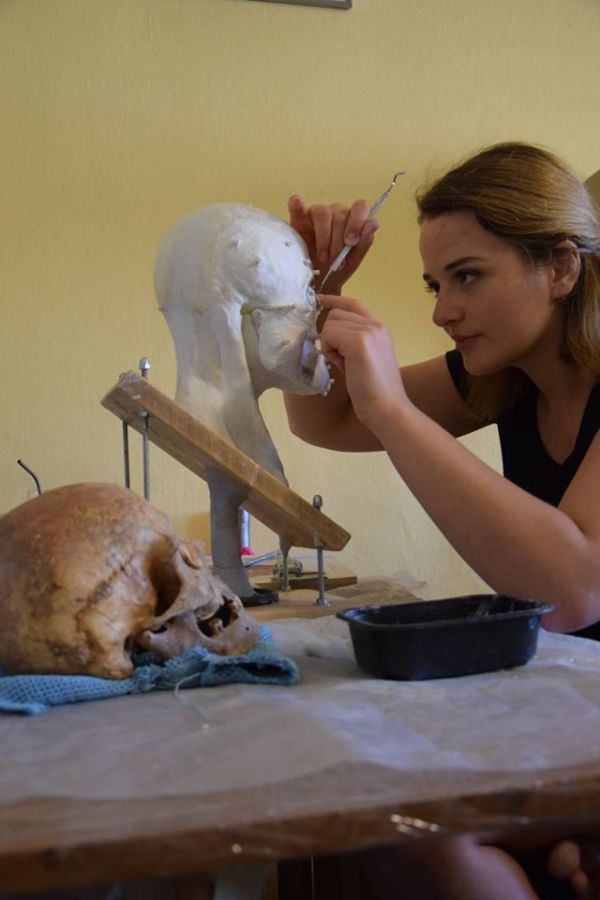 Using clay, they sculpted the man’s features, focusing on the anterior bite and asymmetric eyes, nose, and ears.Dzwonowo Zaginione miasto

One of the skeletons found during the excavations was of a 35 to 44-year-old man.

His distinctive features, certain defects, and asymmetry, as well as the good condition of the skull, inspired the scientists to recreate his face.

Anthropologists Beata Drupa and Joanna Wysocka first scanned the skull, and then 3D printed a model of it.

Using clay, they sculpted the man’s features, focusing on the anterior bite and asymmetric eyes, nose, and ears. 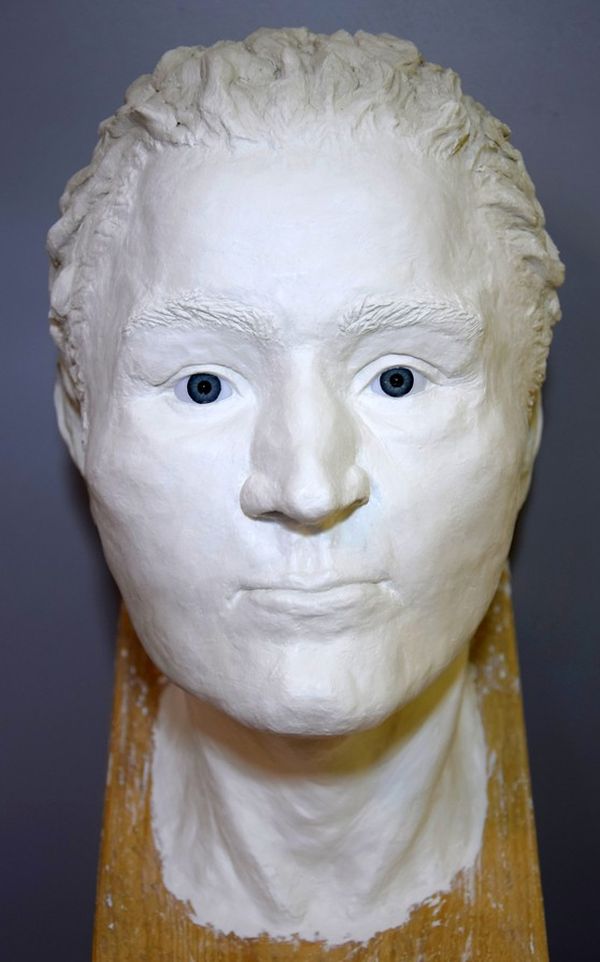 Although researchers have no idea who the man was, they estimate that he was around 35-44 years old.Dzwonowo Zaginione miasto

The researchers estimate that the man from Dzwonowo lived between the beginning of the 14th and the second half of the 16th century.

"Who was the deceased? I have no idea. We can only guess he was a merchant or a craftsman. He was almost certainly a resident of medieval Dzwonowo," said Krzepkowski.