Extraordinary immersive ‘one of its kind’ art attraction opens in Warsaw

One of Warsaw’s greatest new-wave attractions, Art Box Experience, has opened its doors to the public.

Described by organizers as being “an immersive space where unique multi-sensory shows are created at the intersection of art, science, digital technology and entertainment,” the project has been lauded as one-of-a-kind. 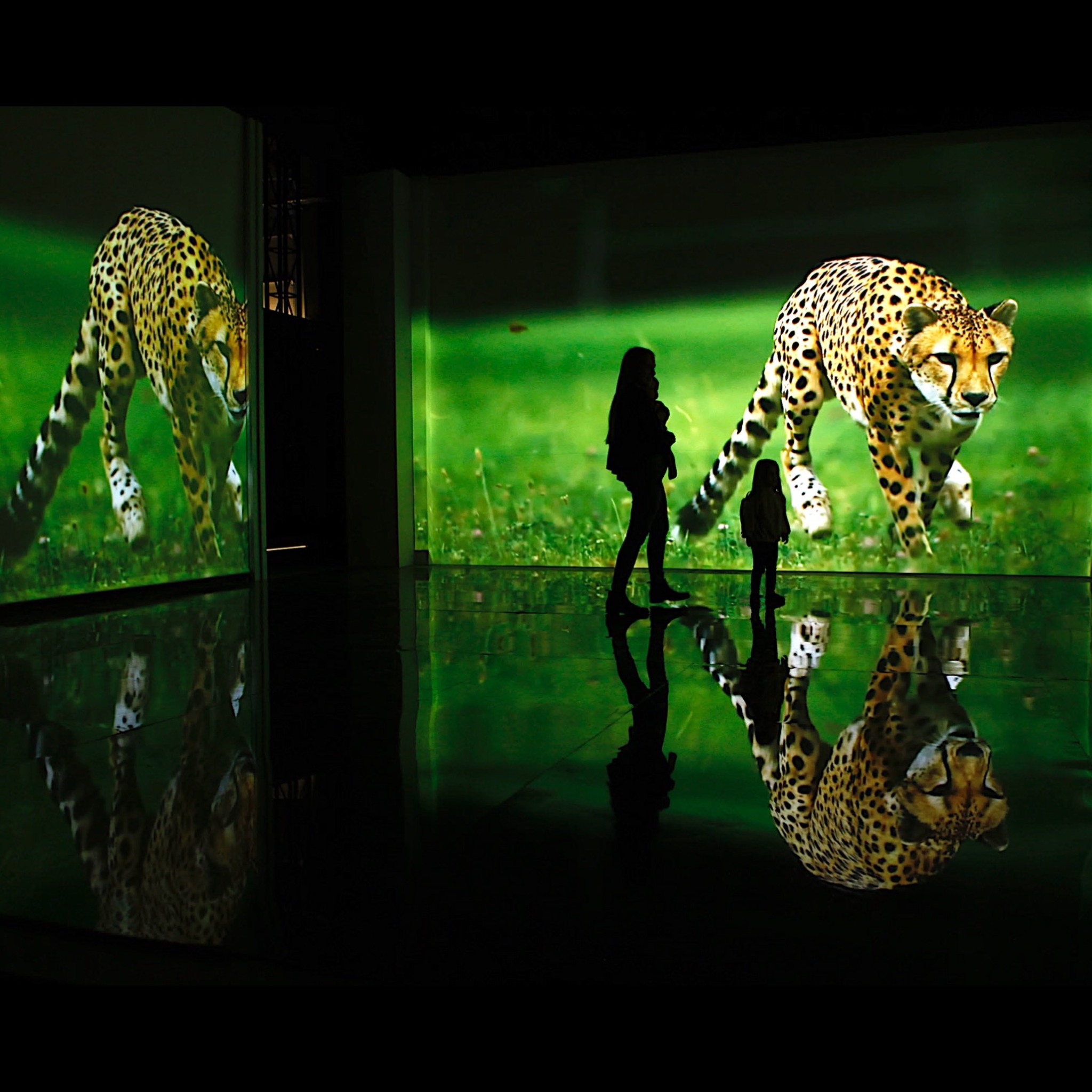 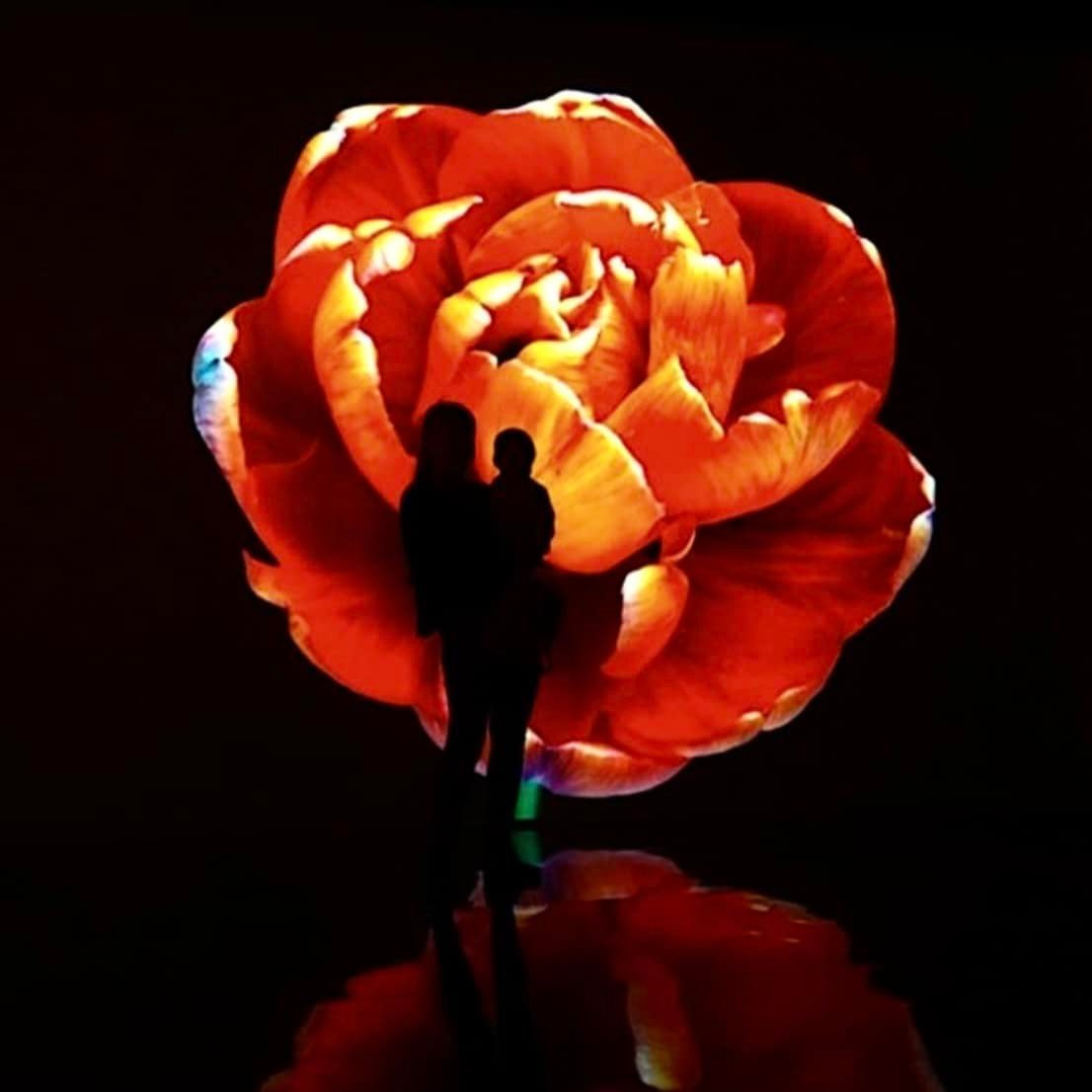 Shows in the pipeline including ‘Let’s Save The Planet’, an immersive story about the world’s environment.Art Box Experience

Speaking to TFN, Joanna Kowalkowska, one of the co-authors of the Art Box Experience, said: “We don’t have anything like this in Poland, in fact, the closest you will find to what we are doing is L’Atelier des Lumières in Paris, Team Lab in Japan or Artechouse in New York.”

A graduate of London’s acclaimed Central Saint Martins, Kowalkowska later worked as a creative and artistic director at Platige, a Warsaw-based animation firm previously nominated for Oscars and BAFTAs. 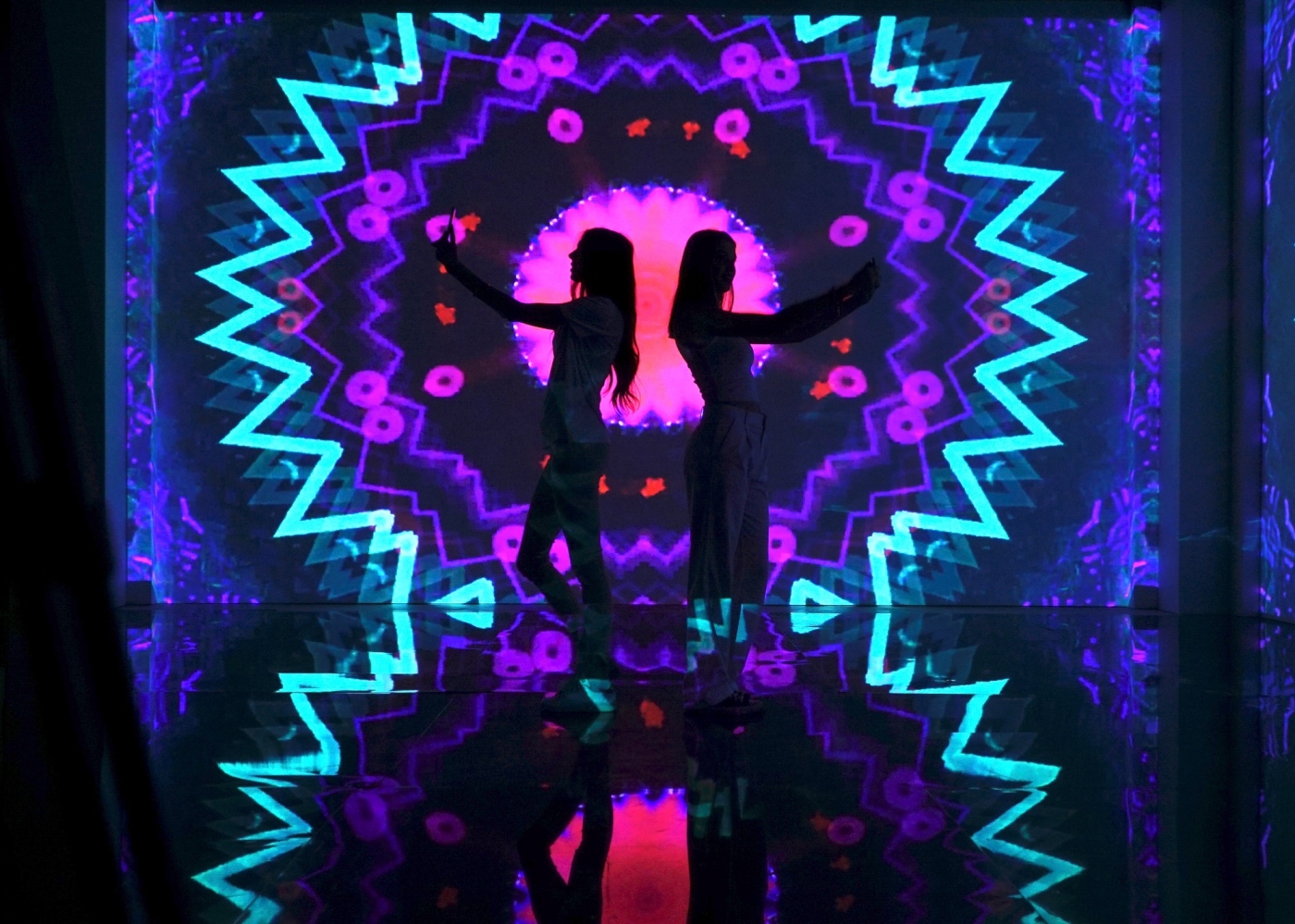 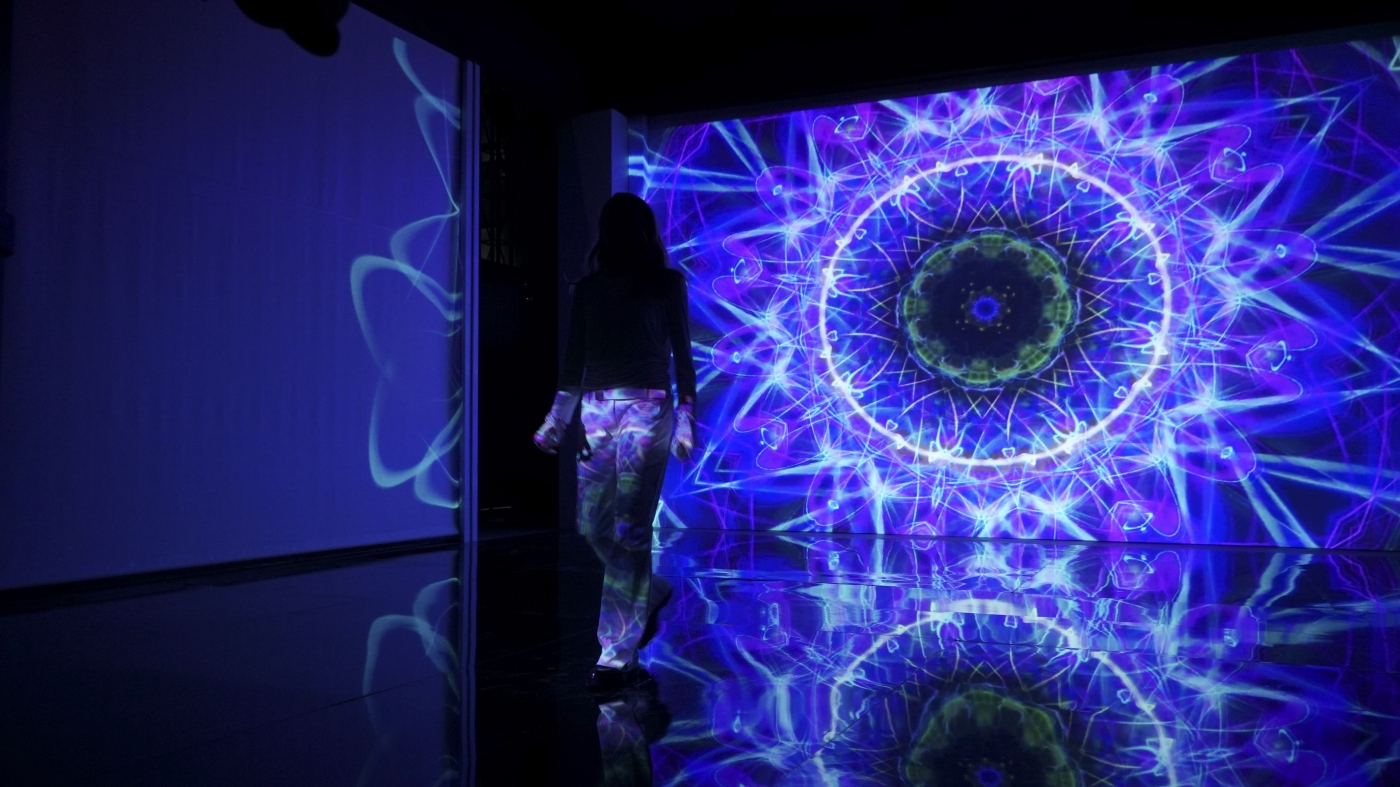 Another more psychedelic show is targeted at a younger, selfie-taking audience.Art Box Experience

It was whilst working there that she met Piotr Sikora and together the two joined forced to create the Art Box Experience.

With their idea still in its infancy, Kowalkowska was introduced to Jan Motz, the CEO of Capital Park, the investor behind Norblin, a mixed-use office and lifestyle project in the heart of Warsaw’s new CBD. 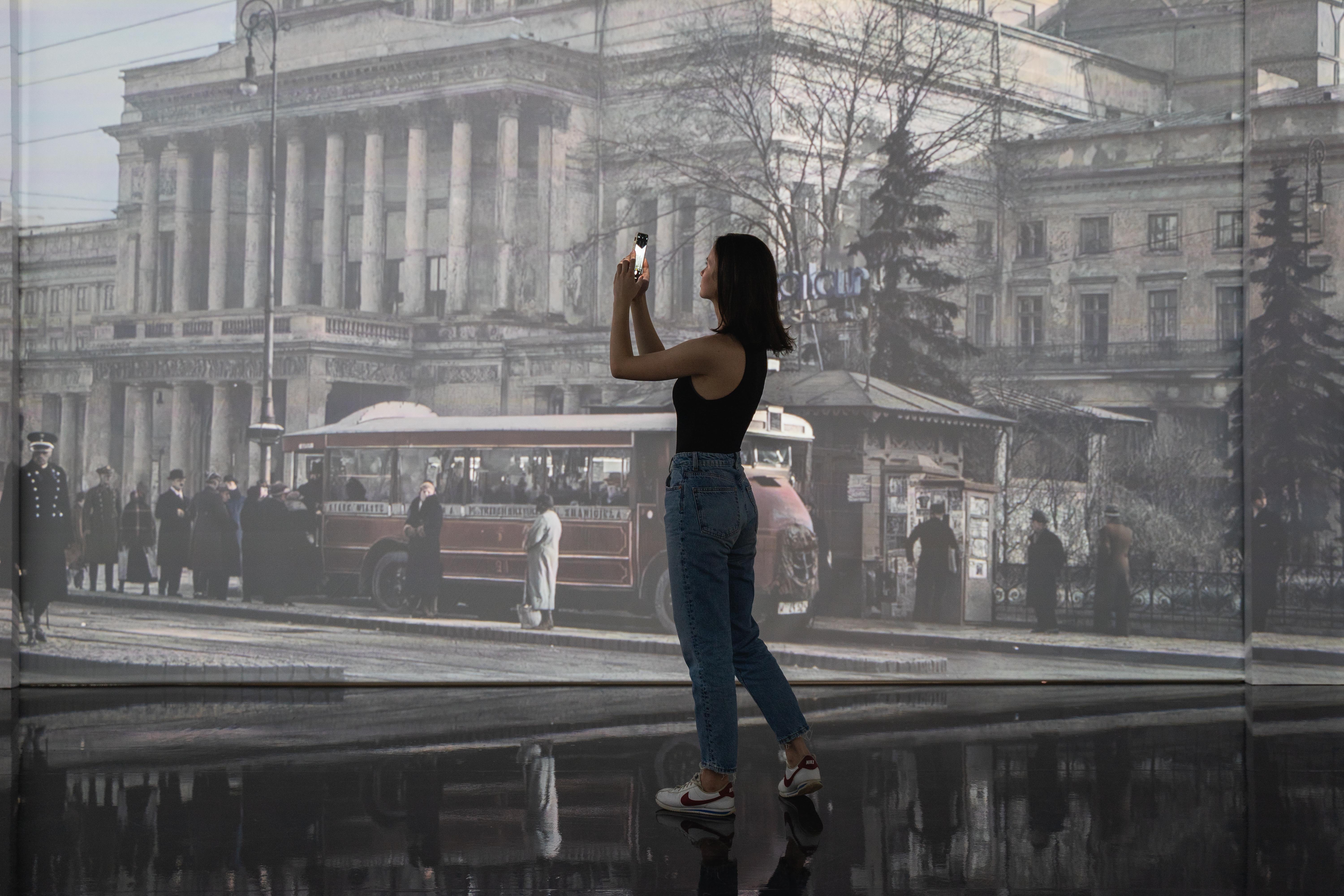 Covering an area of 800 sq/m, Art Box’s founders decided to harness the historic confines of the 19th century Norblin Factory to use Retro Warszawa as the lead motif for their first show.Julia Markiewicz

“It was he who invited us to create something,” says Kowalkowska. “At first the idea of collaboration was quite vague, but as we gained trust in each other the project’s scope expanded. There aren’t many groups like this in the world, and it was evident that Capital Park wanted to create something truly special.”

Covering an area of 800 sq/m, Art Box’s founders decided to harness the historic confines of the 19th century Norblin Factory to use Retro Warszawa as the lead motif for their first show. 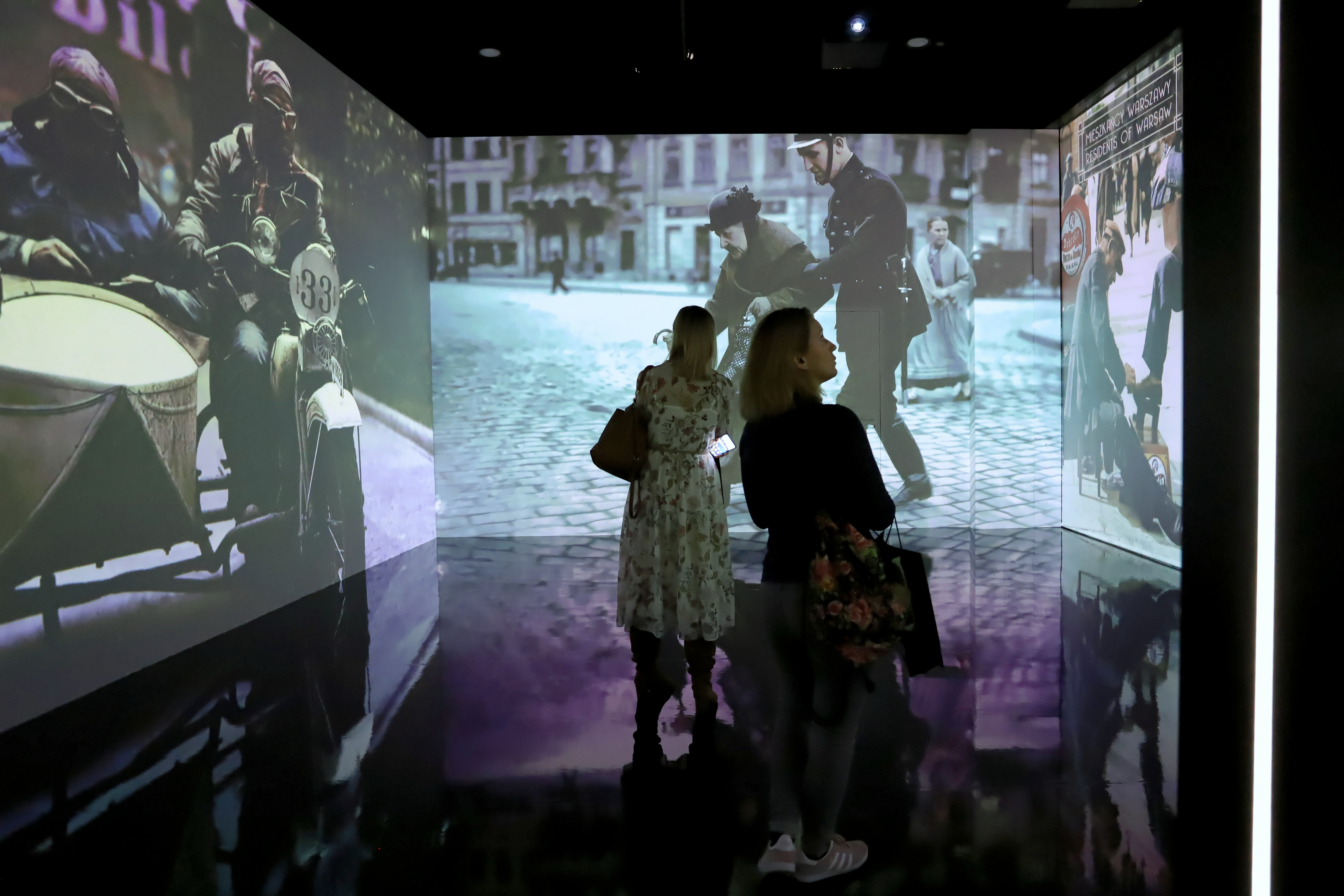 Speaking to TFN, Art Box co-founder Piotr Sikora said: “Our thinking was to recreate the atmosphere of the Warsaw that was lost because of the war.”Zofia Bichniewicz/PAP

Speaking to TFN, Piotr Sikora said: “Our thinking was to recreate the atmosphere of the Warsaw that was lost because of the war. Having discovered the colorized historical photos of Mariusz Zając we felt his images were the perfect material to present as our first content. There’s a real synergy between his pictures and industrial age Norblin, so we wanted to bring the two together.”

Regarded as one of the best colorizers around, Zając has won global acclaim since first exploring this medium just over two-years ago: “My first photos and film received amazing feedback and it was then that I realized there wasn’t much competition,” he says, “that’s partly why I decided to throw myself into coloring and expand my knowledge.” 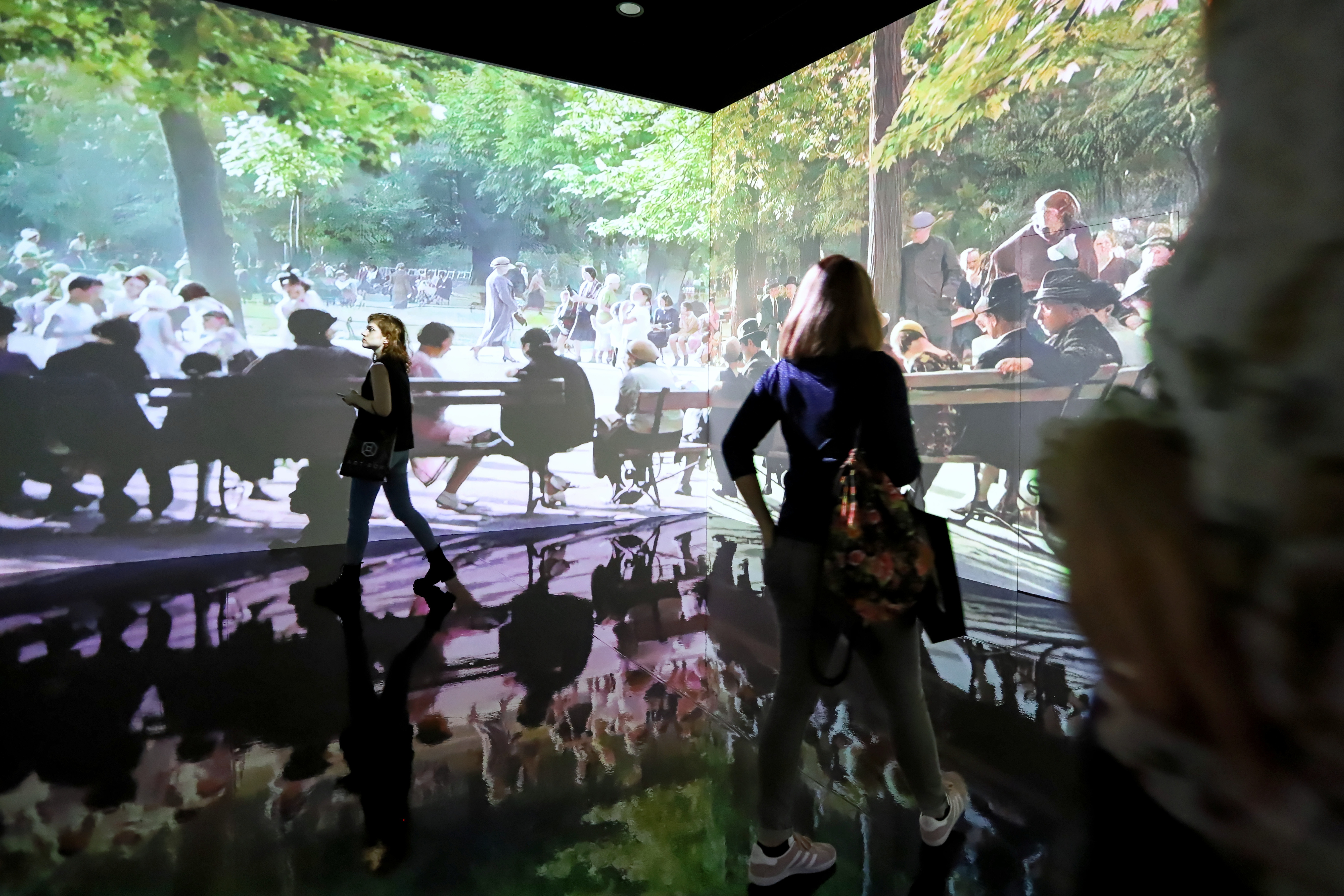 The Art Box Experience decided to use the colorized historical photos of Mariusz Zając for its Retro Warszawa show.Zofia Bichniewicz/PAP

Repeatedly going viral, the convincing authenticity of Zając’s pictures have earned him blanket praise, as too have his choice of images. Specializing in lesser-known photographs taken during the golden years of inter-bellum Warsaw, they offer a charming insight into the everyday life of the lost city.

“This actually turned into one of the big challenges,” says Sikora. “We thought it would be really cool to focus on Retro Warsaw as our first show, but we didn’t realize just how much information and photographs we’d have to sift through and that’s before you start talking about acquiring all the necessary permissions and suchlike – in fact, we only actually finished work on the show at 1 p.m on Tuesday!” 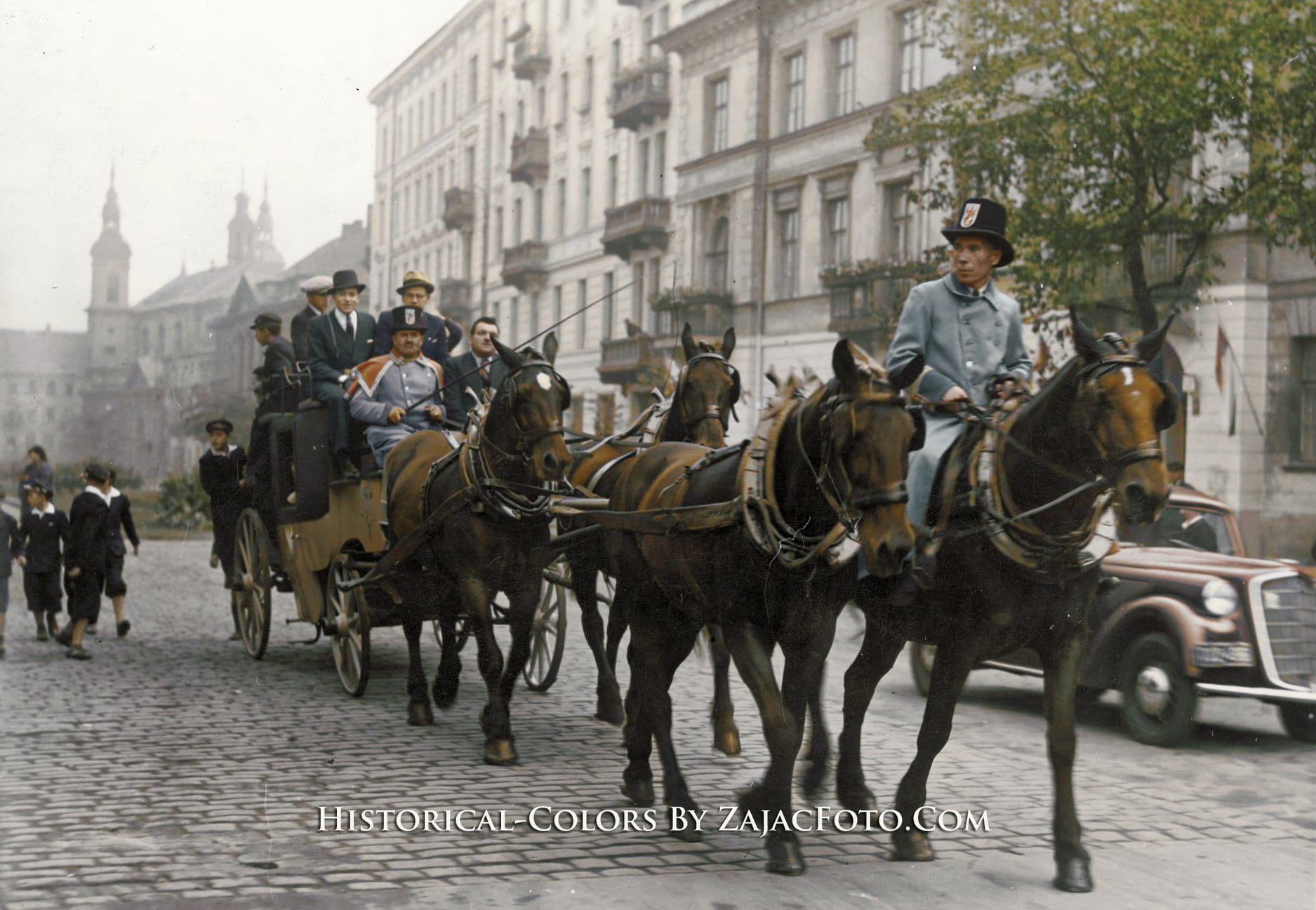 Repeatedly going viral, the convincing authenticity of Zając’s pictures have earned him blanket praise, as too have his choice of images.Mariusz Zając

The amount of information was not the only difficulty that Art Box encountered. “Obviously,” says Kowalkowska, “there was also covid as well. Much of the exhibition was devised remotely, and while I wouldn’t call it a ‘blind’ process, for a long time it existed only in our heads. Moreover, with Norblin only opened last year, we had the double challenge of working on a show for a non-existing venue.”

The results, however, have proved staggering. Set across a string of different rooms, each has been awarded a theme. One, for instance, focuses on the “residents of Warsaw” and presents images of the capital’s denizens engaged in various pursuits: dapper gentlemen ride out on a hunting excursion; couples skate over frozen lakes; and dapper bachelors rev up their cars. 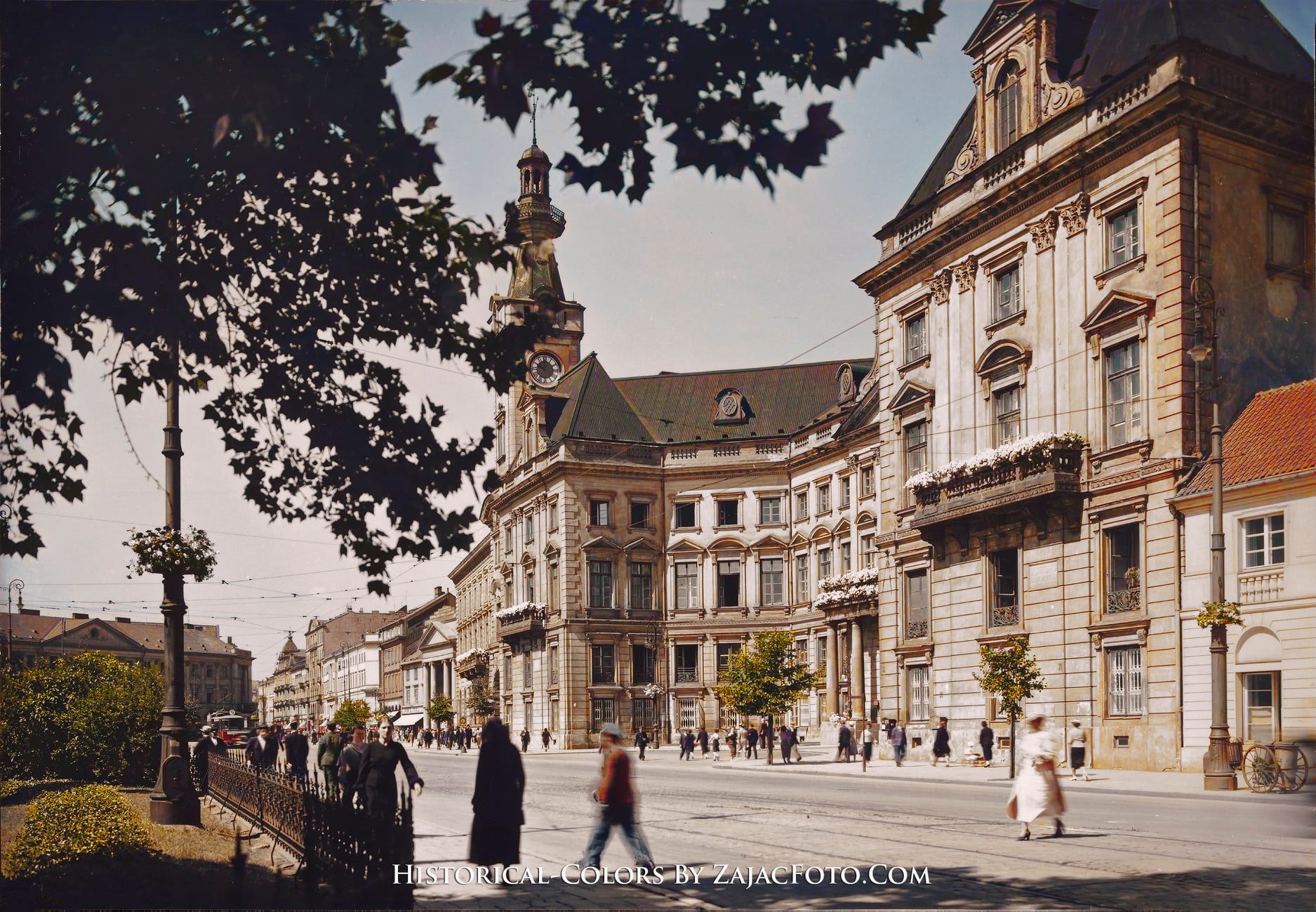 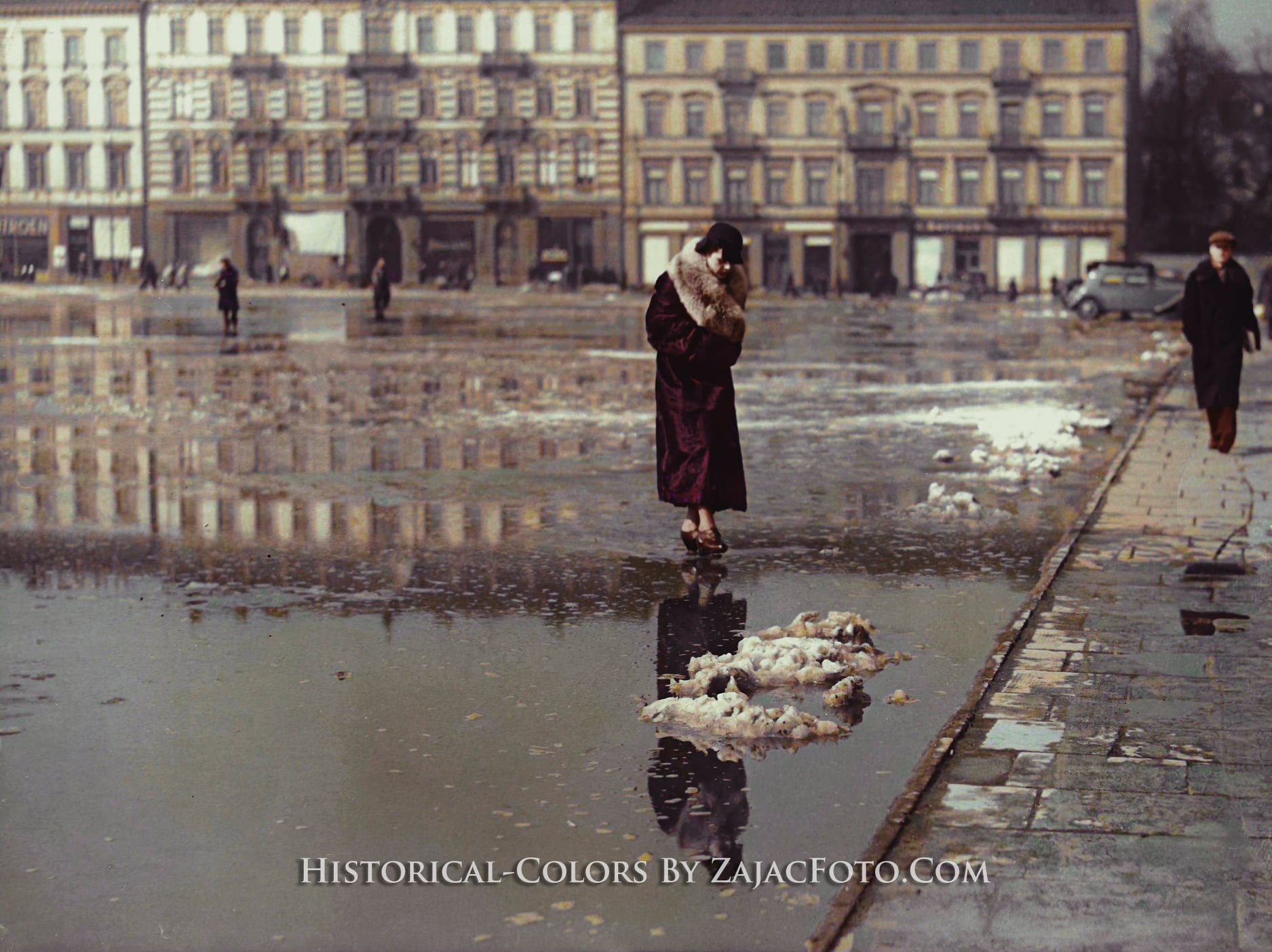 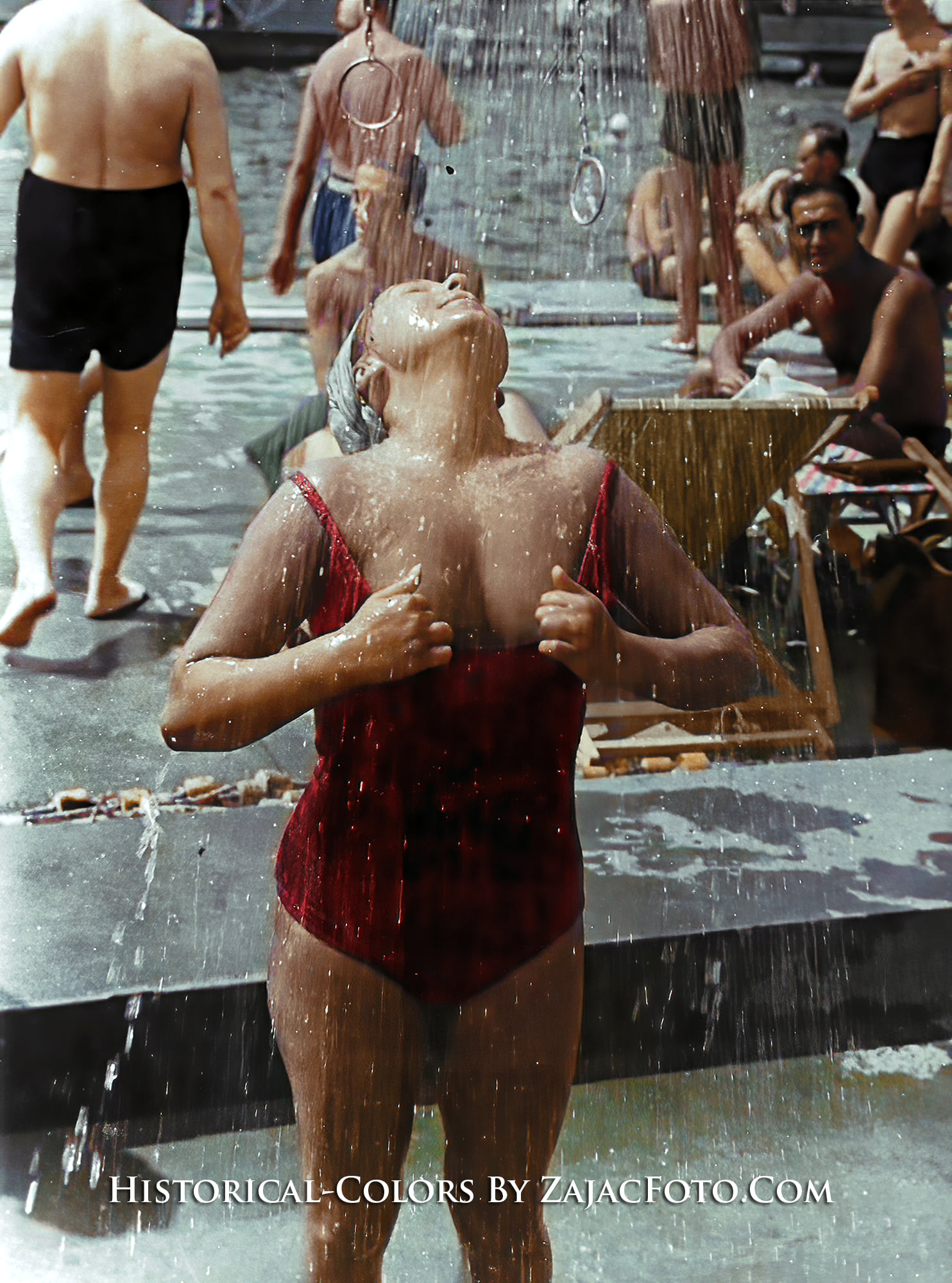 Specializing in lesser-known photographs taken during the golden years of inter-bellum Warsaw, they offer a charming insight into the everyday life of the lost city.Mariusz Zając

Another, dubbed the “documentary cinema” angles in on this leisure aspect to present colorized films of beautiful women posing in elegant hats at the Warsaw derby, children hooting with laughter on a fairground merry-go-round, and, bizarrely, a dog clambering up a steep ladder on a building site.

Then there is the panorama room, a space whose four walls have been utilized to show wraparound images of The Great Synagogue and Pilsudski Square. On these sweeping panoramas, still pictures have been superimposed on exact spots to show curious events such as “the start of the cycling race to the Polish sea, 1930”, or “the women’s car rally, 1936” or the beginning of an “around the world exhibition by Polish scouts, 1926-1928.” 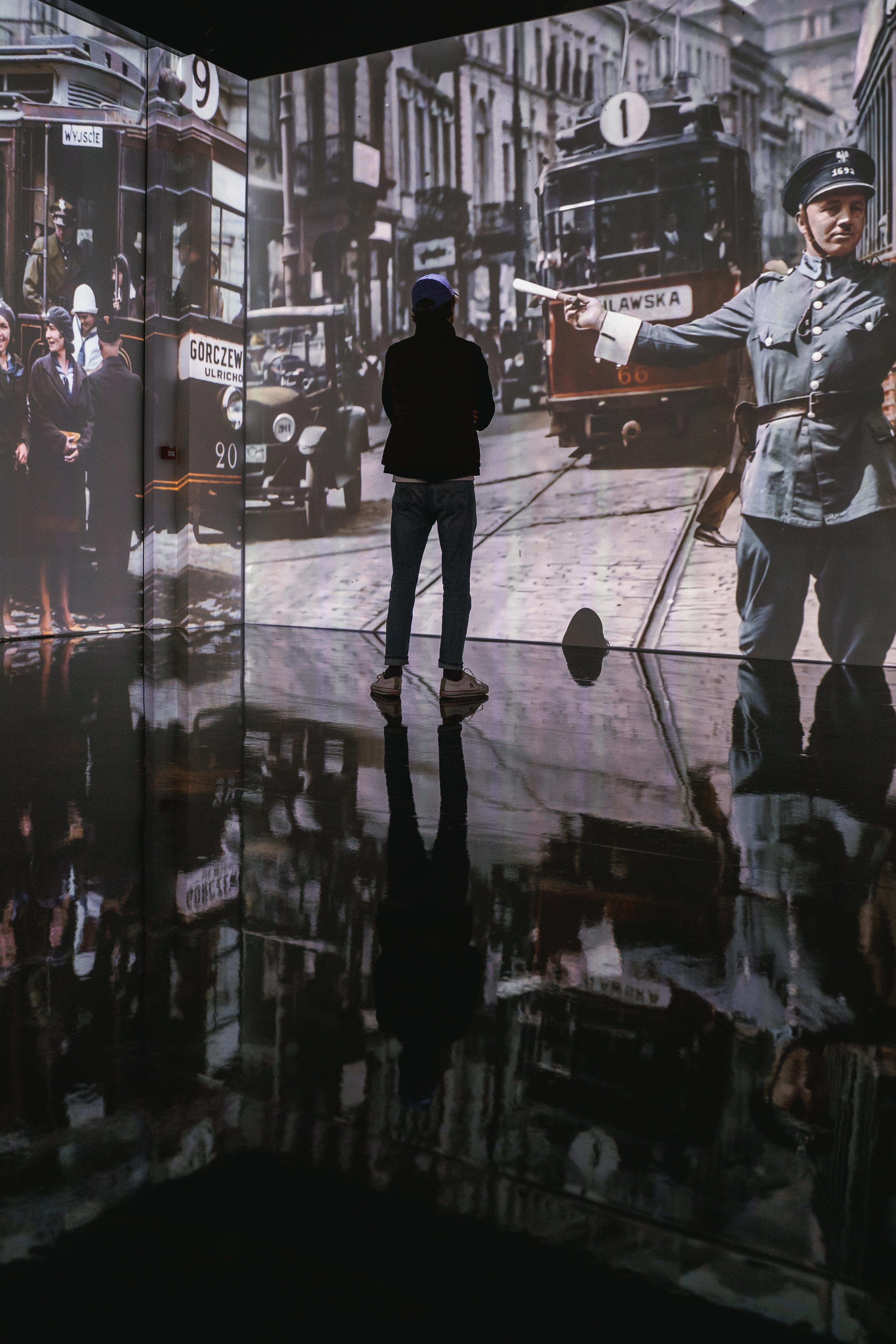 Set across a string of different rooms, each has been awarded a theme. One, for instance, focuses on the “residents of Warsaw”.Julia Markiewicz

Another room, meanwhile, shows “other face of Warsaw”. Here, we come face-to-face with an arrested fraudster, a group of urchins dancing merrily in a circle, and an impoverished blind man staring blankly into the distance.

The heroes of Polish cinema are also celebrated elsewhere, and so too is the show’s host, the Norblin Factory itself.

Paired with well-twinned sound effects such as jolly organs and assorted city sounds, the supersized images draw you back through the mists of time. 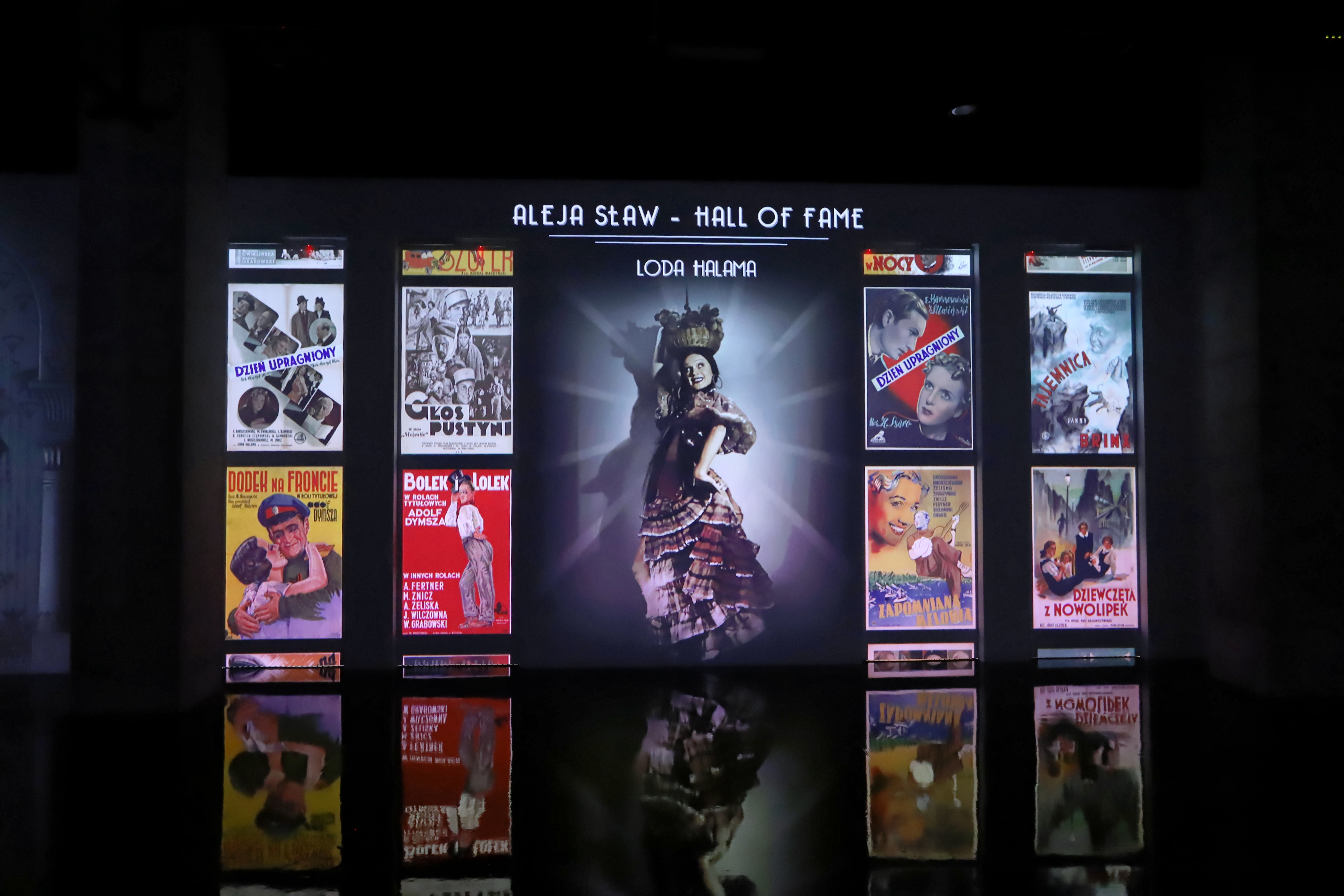 The heroes of Polish cinema are also celebrated elsewhere, and so too is the show’s host, the Norblin Factory itself.Zofia Bichniewicz/PAP

“We used special rescaling technology to ensure the pictures didn’t lost their clarity,” says Sikora, “and most of the content was cut into different layers so that you get the sense that even the still pictures are moving.”

With the shiny floors adding another reflective element, the immersion experience is stunning in both its sophistication and execution – soaking in the atmosphere of yesteryear, it is hard not to feel anything but utterly enchanted.

Not short on humour, it is the eccentricity of the chosen images and videos that really warm the soul, and it is to their credit that the content has been kept light. 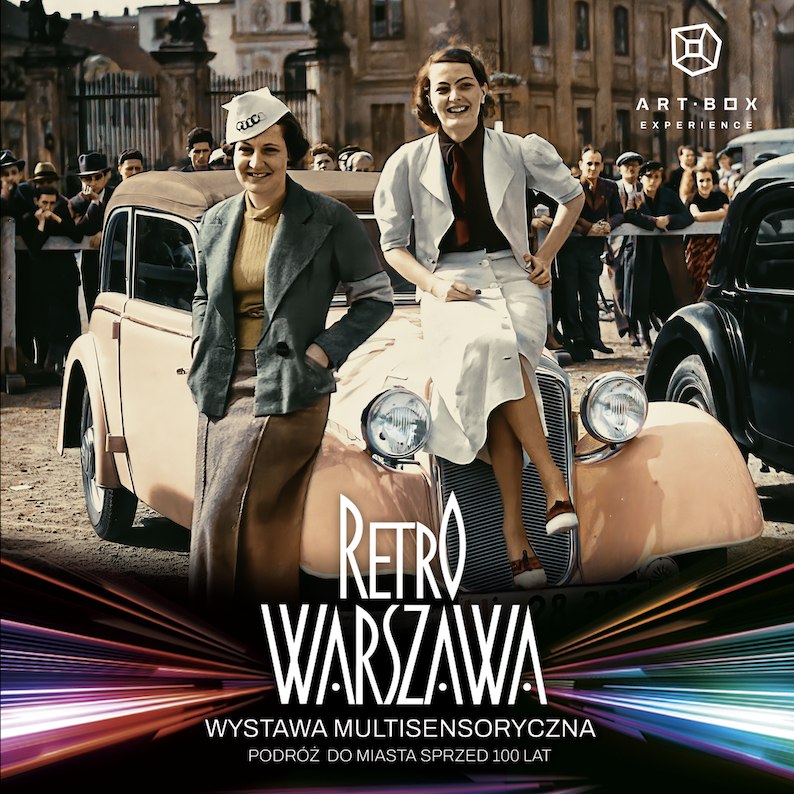 “We didn’t want to show darker things like the destruction of the city, there are other places better suited to that,” says Kowalkowska. “Instead, we wanted people to step inside the Warsaw of old and enjoy it.”

Engaging as it already promises to be, this though is just the beginning for Art Box Experience. Though Retro Warszawa is set to run for several months, other shows are already in the pipeline including ‘Let’s Save The Planet’, an immersive story about the world’s environment, as well as another more psychedelic show targeted at a younger, selfie-taking audience.

“This is a hugely flexible space, and seeing that we’re dealing with multimedia it takes only a couple of minutes to turn it from an exhibition into an open space for concerts or club nights,” says Kowalkowska. “Ultimately though, it’s my goal though that in the next few years this becomes one of the top five attractions in the city.”