Hundreds of rare photographs taken, developed and printed during the Warsaw Uprising by an ‘accidental' war photographer have been put up for auction.

Constituting one of the few documentary records of the capital during the Uprising, the 310 photographs from the private archive of photographer Eugeniusz Haneman reveal the horrors and damage to the city as well as the bravery of the insurgents. 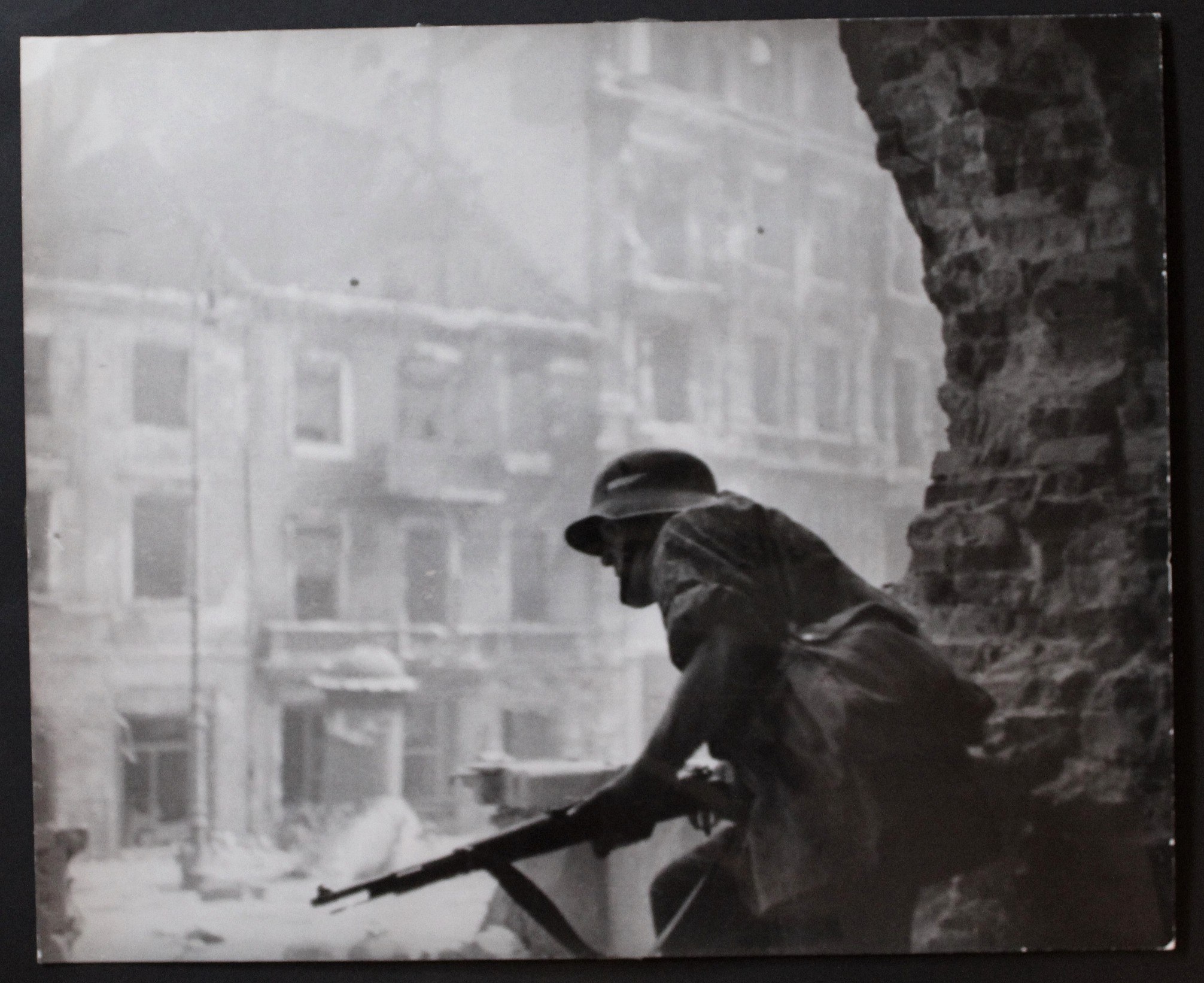 One of Haneman’s most famous photographs showing an insurgent observing Krakowskie Przedmieście through the demolished wall of the Church of the Holy Cross is included in the auction.Antykwariat Warszawa/Eugeniusz Haneman

One shows perhaps his most famous image ‘Insurgent in the ruins of the Holy Cross Church” while others show the exhumed and burnt bodies of victims.

Many show the damage caused to well-known landmarks in the city such as the Prudential building, Zygmunt’s column and the main railway station. 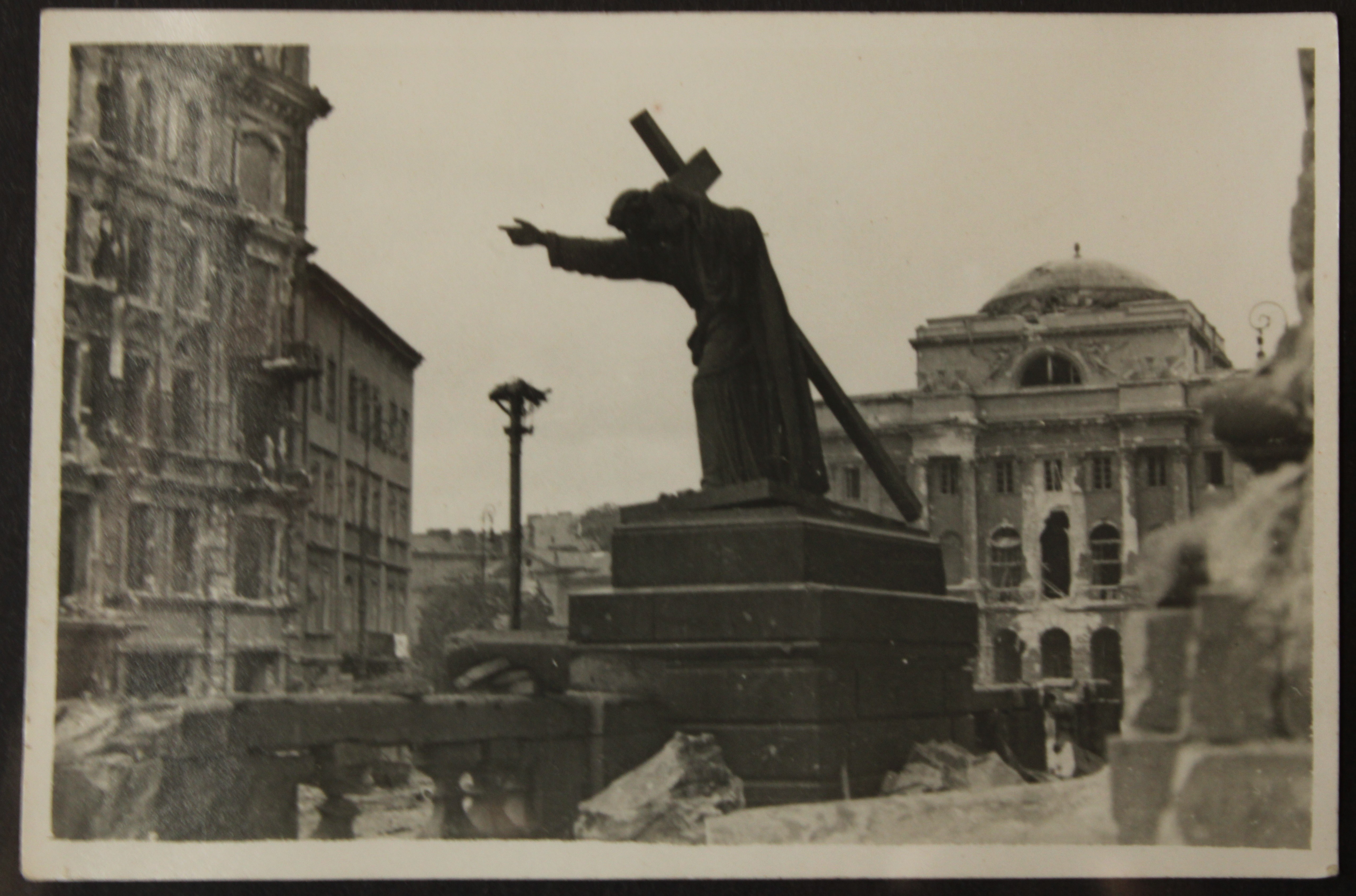 Many of the photos show the damage caused to well-known landmarks in the city.Antykwariat Warszawa/Eugeniusz Haneman

Haneman passed his photography diploma and began his professional career as a portrait photographer before moving to the exclusive Van Dyck studio on Al. Jerozolimskie.

He became a photographer of the Uprising by accident when, after the fighting broke out, the 27-year-old was cut off from returning home. 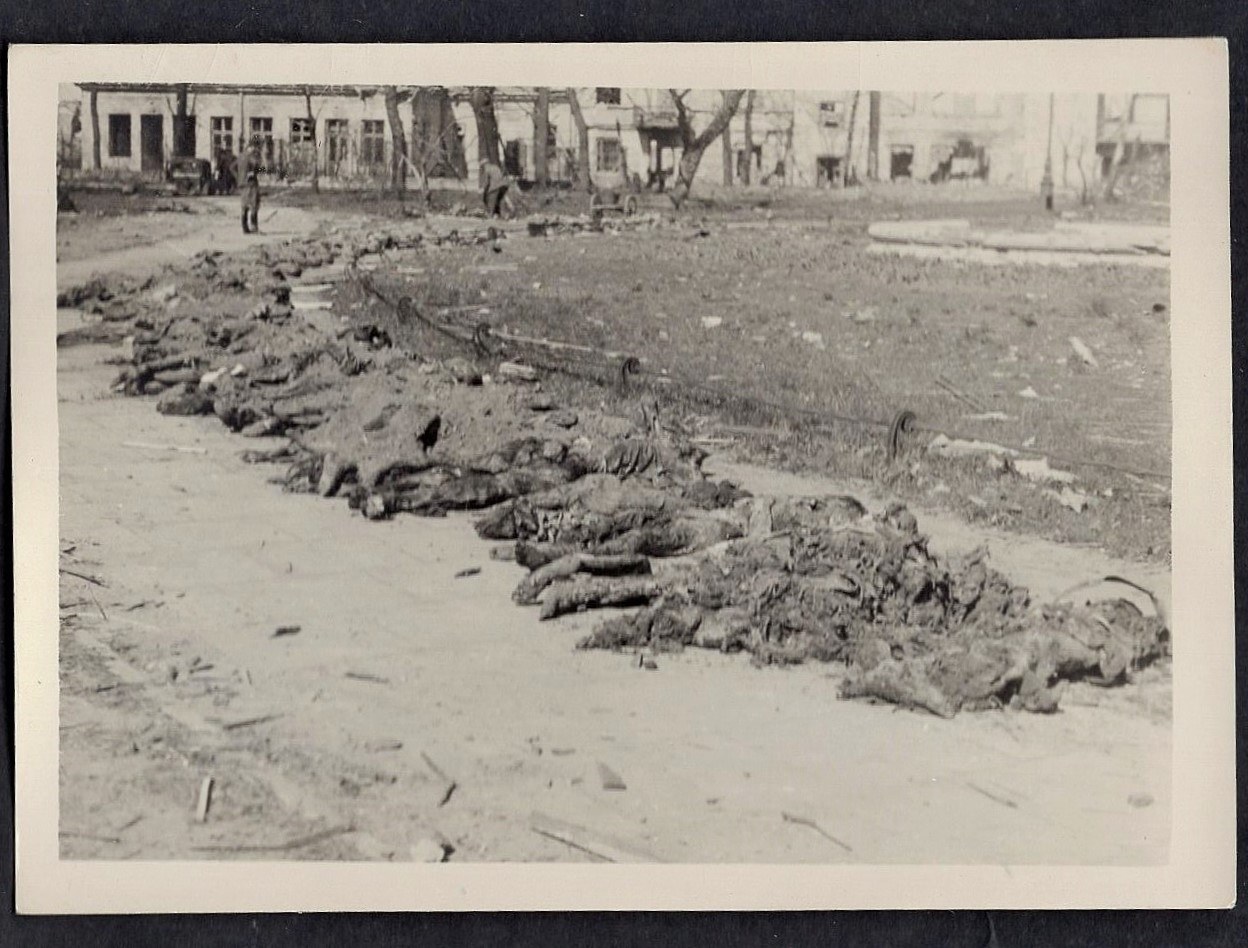 One harrowing image shows a row of dead bodies lined up for burial.Antykwariat Warszawa/Eugeniusz Haneman

A chance meeting with a friend called Kazimierz Greger on Nowy Świat street, who ran a large photo store there, led to a meeting with Sylwester Braun from the Polish Underground who were looking for people to document the Uprising.

Greger lent Haneman the keys to his storeroom with all his developing and printing materials, saying he would pick the keys up in a few days as he only expected the Uprising to last a few days. 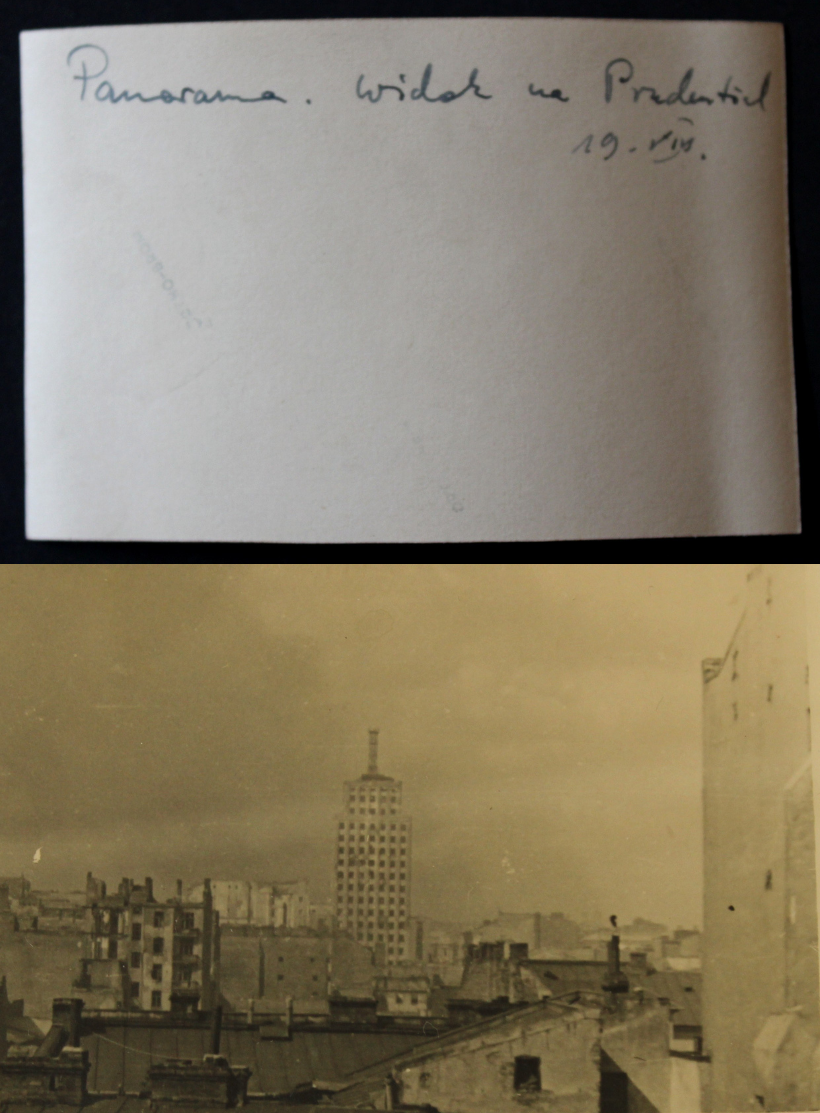 Braun and Haneman began work as part of a secret Home Army underground photography unit which recruited and trained what it called Field Military Reporters.

Although the unit operated throughout the German occupation, it was most active during the Warsaw Uprising. 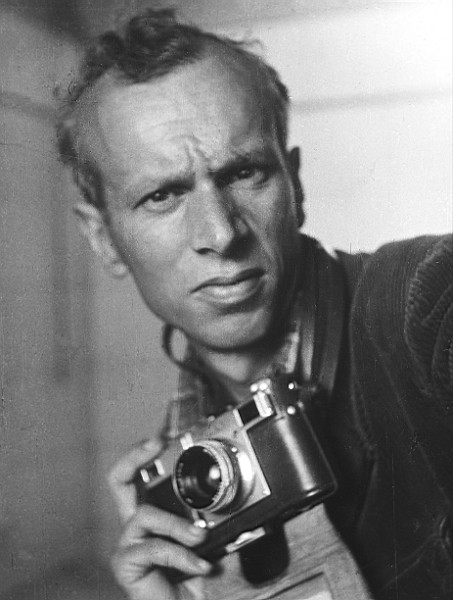 Eugeniusz Haneman began his professional career as a portrait photographer before getting involved in the Uprising.Public domain

In total, Haneman took several hundred pictures of Warsaw from August and September 1944. Only fifteen rolls of films have survived to this day. Some of them are currently in the archives of the Warsaw Rising Museum.

After the Uprising, Haneman was sent to the transit camp in Pruszków after where he ended up in Kraków and accidentally bumped into Kazimierz Greger and returned the camera he had borrowed during the Uprising. 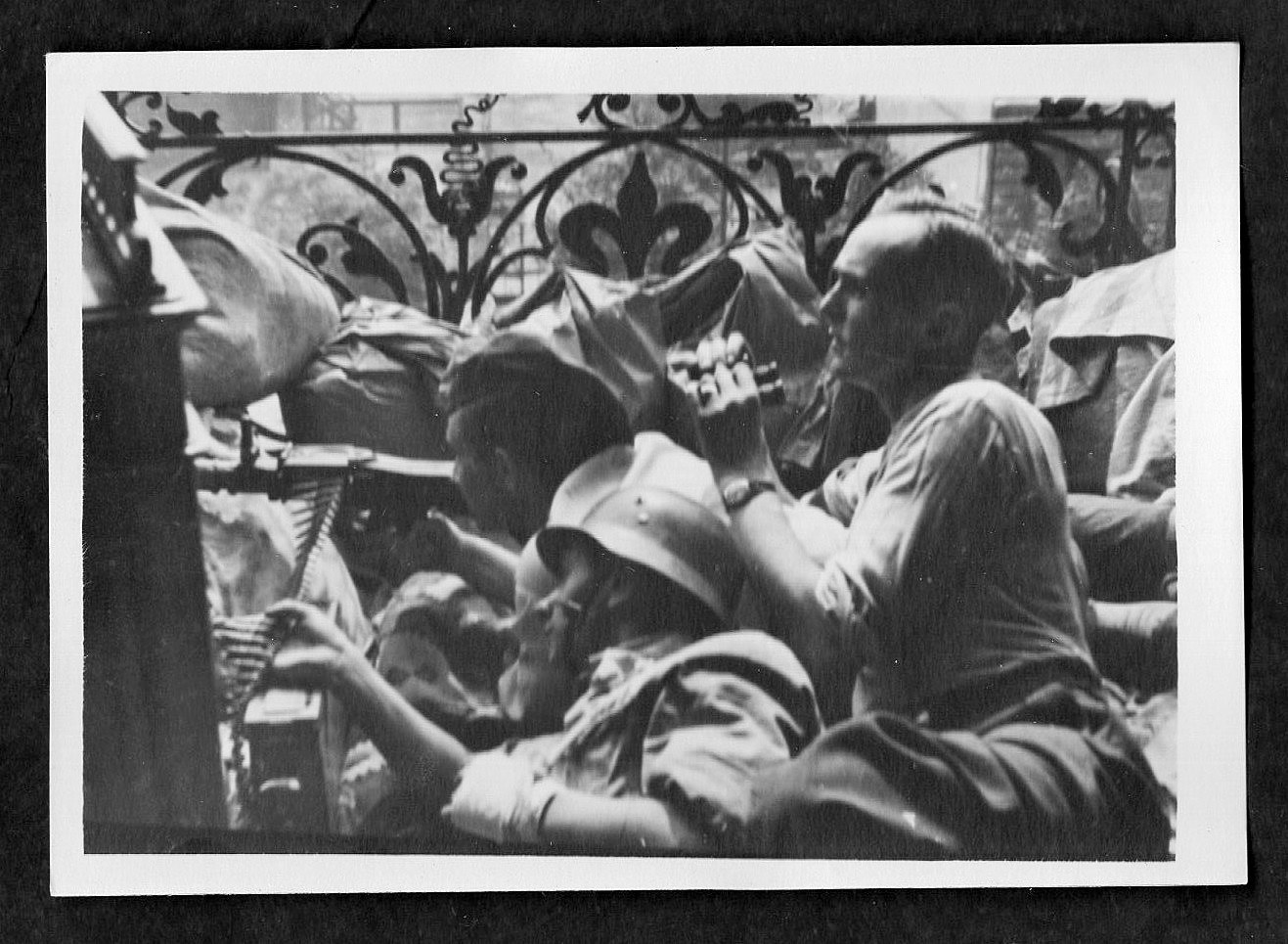 After the war Haneman worked as a cameraman and correspondent for the Polish Film Chronicle, but he continued to photograph, and in 1947 he was admitted to the Association of Polish Art Photographers.

From 1953 to 2005 he lectured in photography at the National Film School in Łódź and won many awards for his photographic achievements. 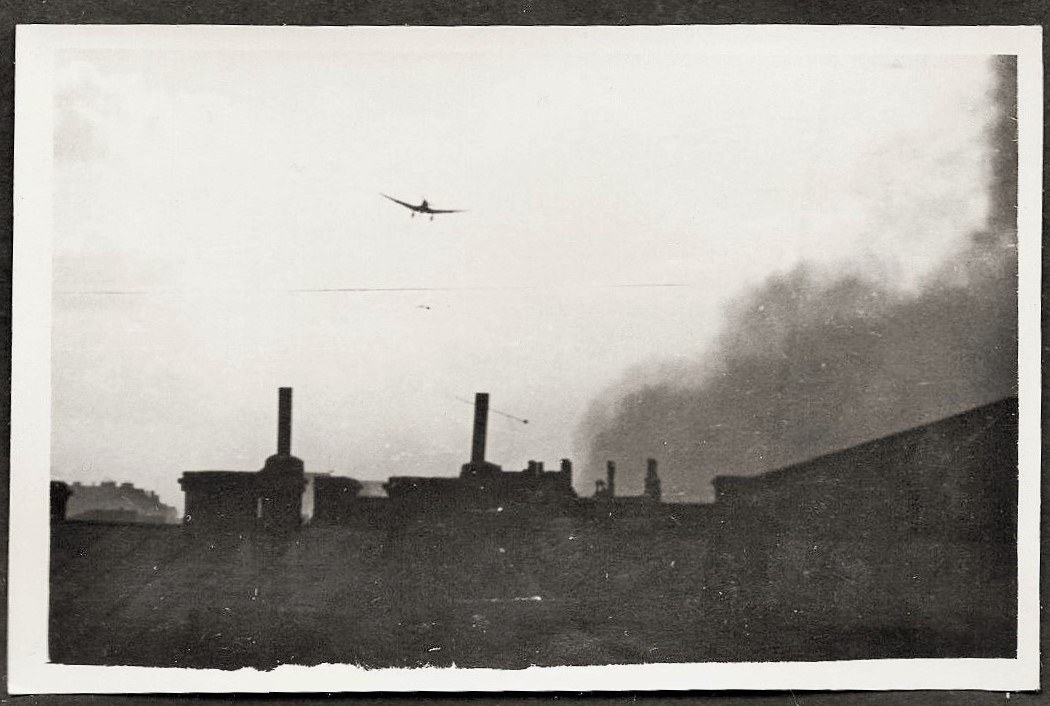 The auction of Haneman's war photographs will be held on Saturday, November 7 at 11:30.

The full collection can be seen on the auction website HERE.