An exhibition of classic Polish comics has ended with an auction.

Over 70 works covering the history of Polish comics went on display at the auction house DESA Unicom in Warsaw where they went for between 1,000 and 30,000 PLN. 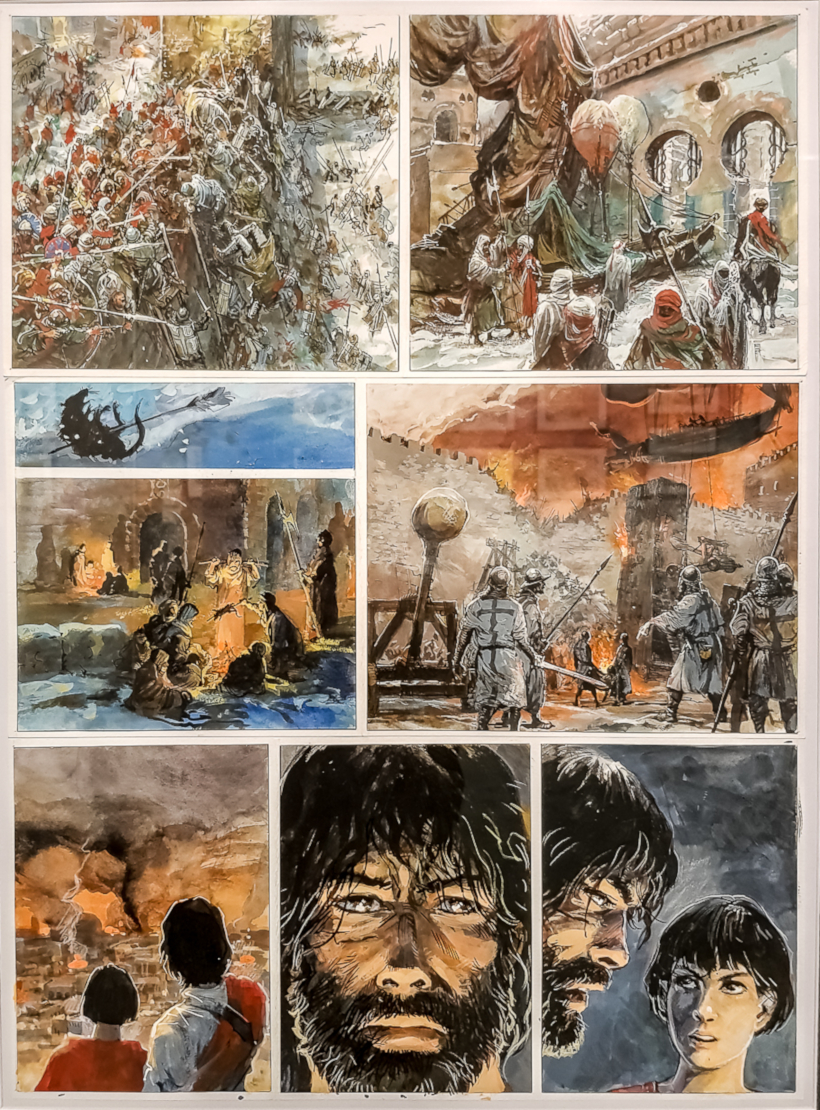 The 'The Scarlet fire' from the famous 2016 'Thorgal' cartoon series by Grzegorz Rosiński, one of Poland’s most recognized illustrators. The piece was expected to be sold for at least 80,000PLN  but didn’t reach the bidding price. It is still available. Kalbar/PAP

Darting back to 1918 when the country regained its independence, the exhibition included originals from notable names in the comic world such as Grzegorz Rosiński, Henryk Jerzy Chmielewski – A.K.A Pacio Chmiel – Janusz Christa and Szarlota Pawel. 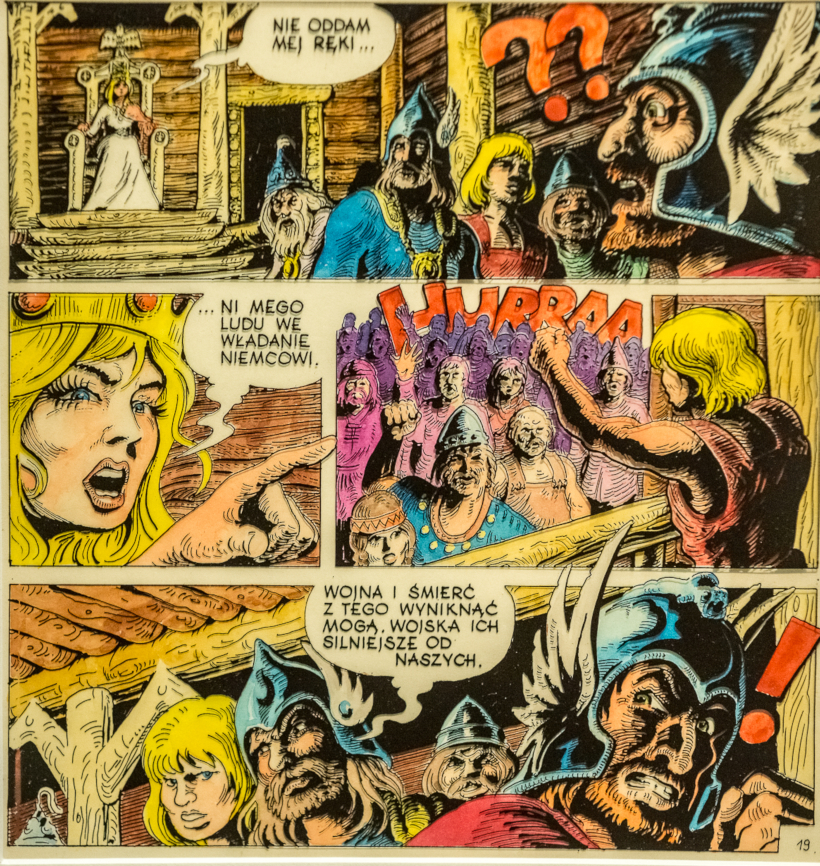 Although the first comics tended to deal with social and political issues, it wasn’t until after the war, when Poland was under communist rule, that heavy censorship saw the comics become satirical. 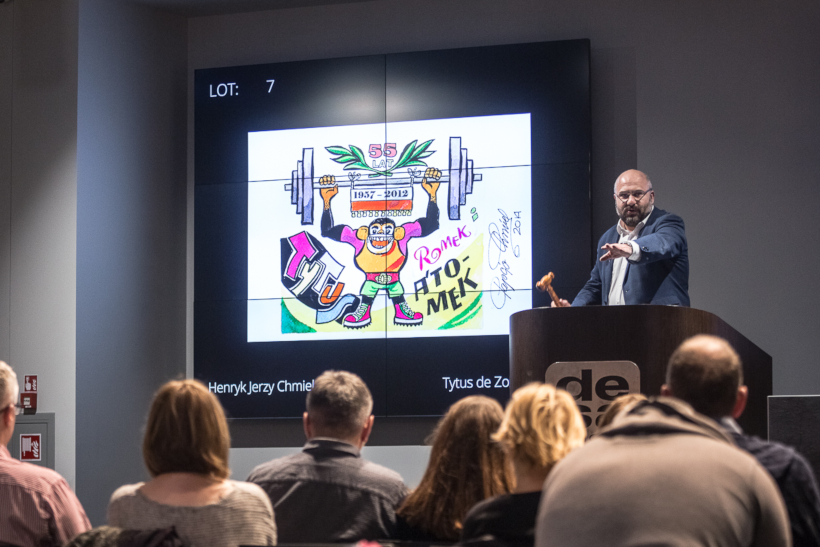 Tytus de ZOO (1957), a page of the 'Tytus, Romek i Atomek series', in water colour and felt tip pen by Henryk Jerzy Chmielewski, was auctioned for 8,000PLN.Kalbar/TFN

But in contrast to other states behind the Iron Curtain, comics in Poland became their own literary form and were sold freely alongside other works of fiction. 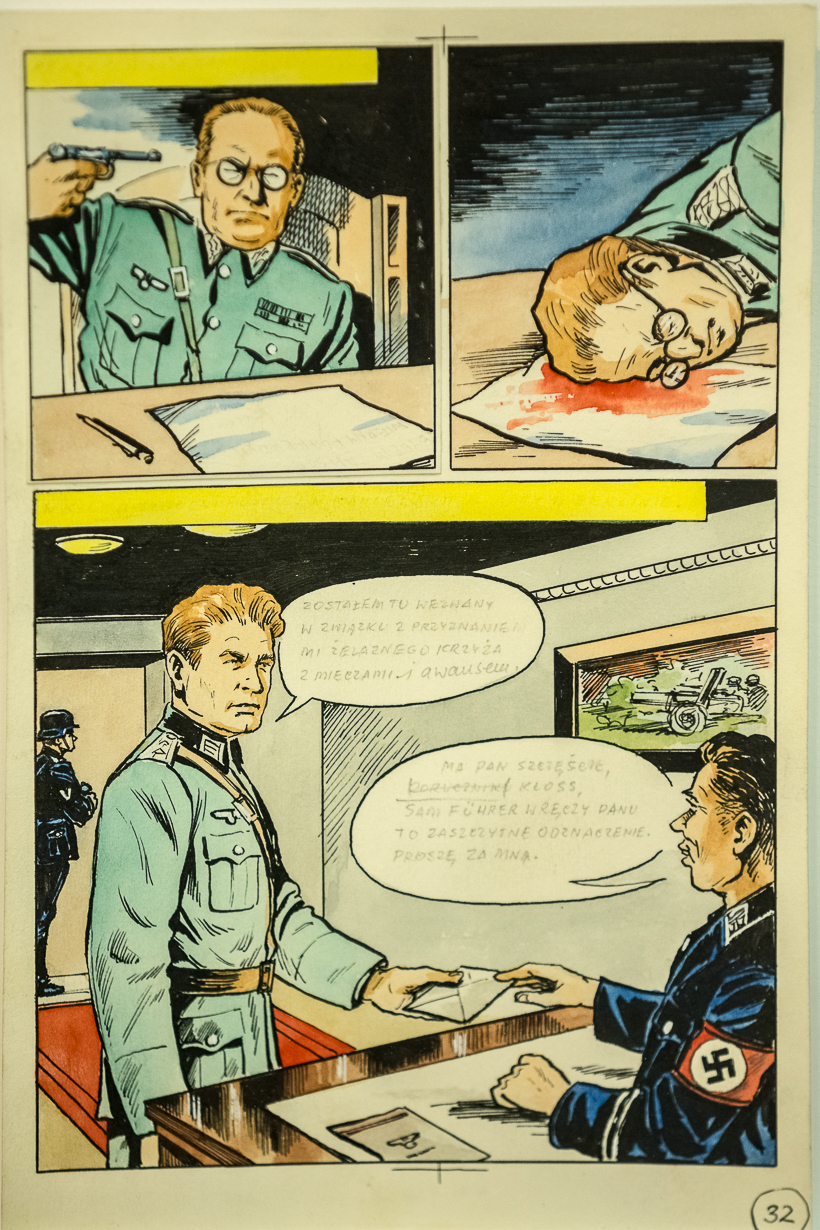 'The iron cross' from the series Captain Kloss (1973) illustrated with water colours and ink Mieczysław Wiśniewski. About a Polish special agent during WWII, the comics were published in Czechoslovakia and Sweden.Kalbar/TFN

The collapse of communism in 1989 saw a sudden comic boom and within the first three years, dozens of small and large publishers were formed, either producing their own series or publishing licensed series from abroad. 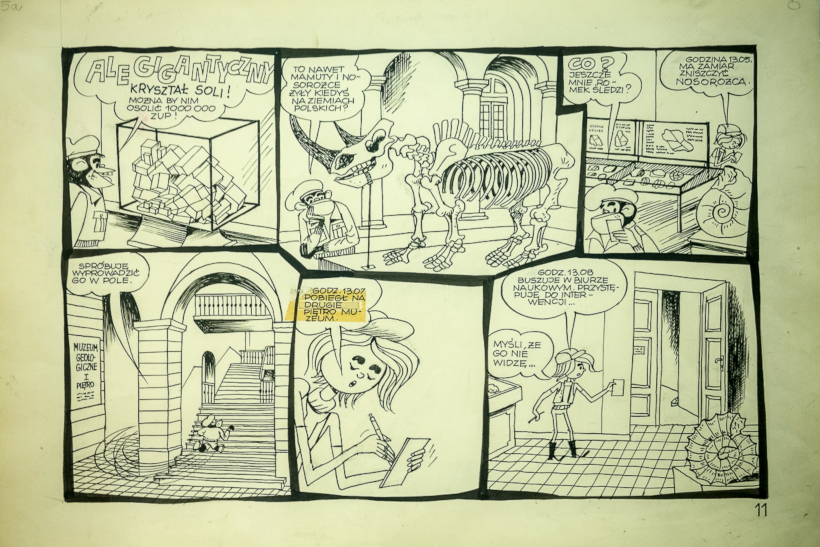 Since the mid-1990s comics have been an integral part of the Polish literary scene.