Europe’s BIGGEST aqua park opens – and water lot of fun it is!

With its 18 pools, 32 slides, 10 saunas and luxury spas, Suntago Water World, which opens today, is the biggest indoor aqua park in Europe.

Covering a staggering 67,000 m2 less than an hour’s drive from the capital Warsaw, and costing over 170 million euros, the stunning water park can host up to 10,000 people 365 days of the year. 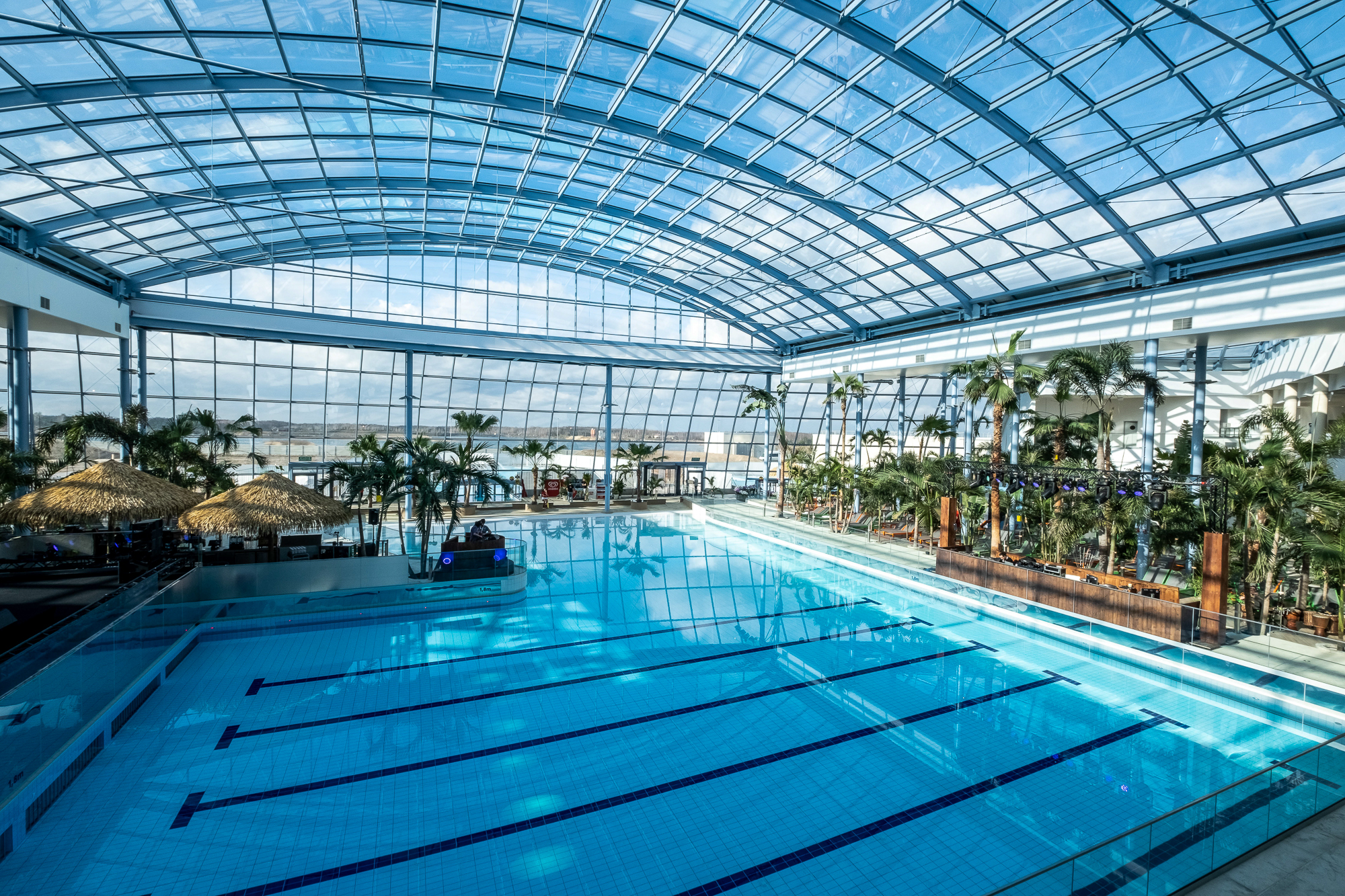 Divided into three main areas, there is pretty much something for everyone.Kalbar/TFN

Idan Greidinger, Park of Poland’s Chairman of the Board said: “We have done our utmost to ensure that guests crossing the Suntago threshold not only feel the magical atmosphere of an exotic holiday, but also have the service they expect.”

To achieve this, the construction team travelled around the world picking up tips on how to bring the best practices and services to the venue in the town of Mszczonów, 40km southwest of Warsaw. 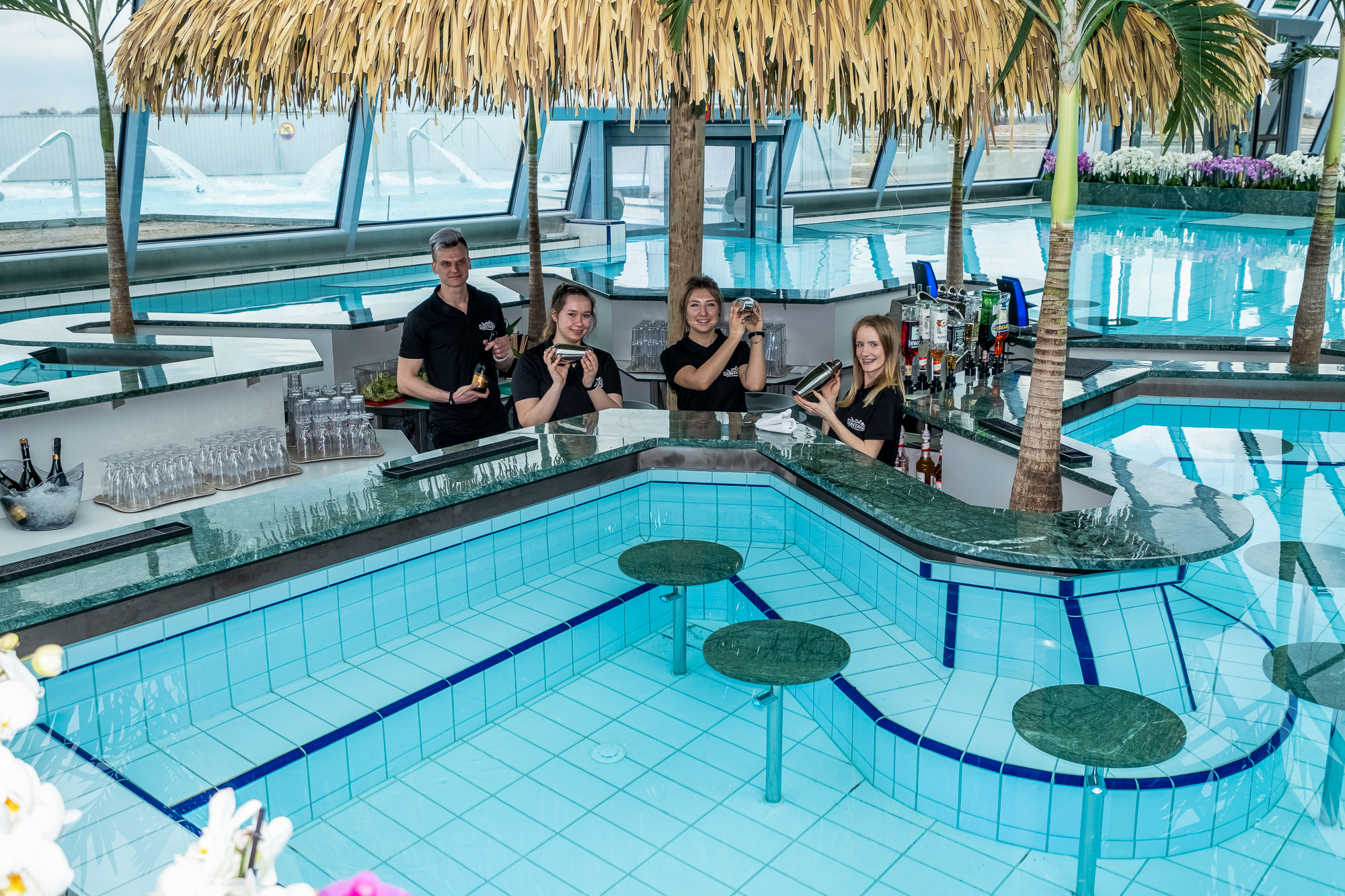 In addition to pool-side bars there are five restaurants with cuisine ranging from traditional Polish through to Sushi.Kalbar/TFN

And the result is beyond impressive. Divided into three main areas, there is pretty much something for everyone.

For starters, there’s Jamango – a family area with pools and slides covering 3.2km, including Jungle Eclipse, a monster 320-metre slide. 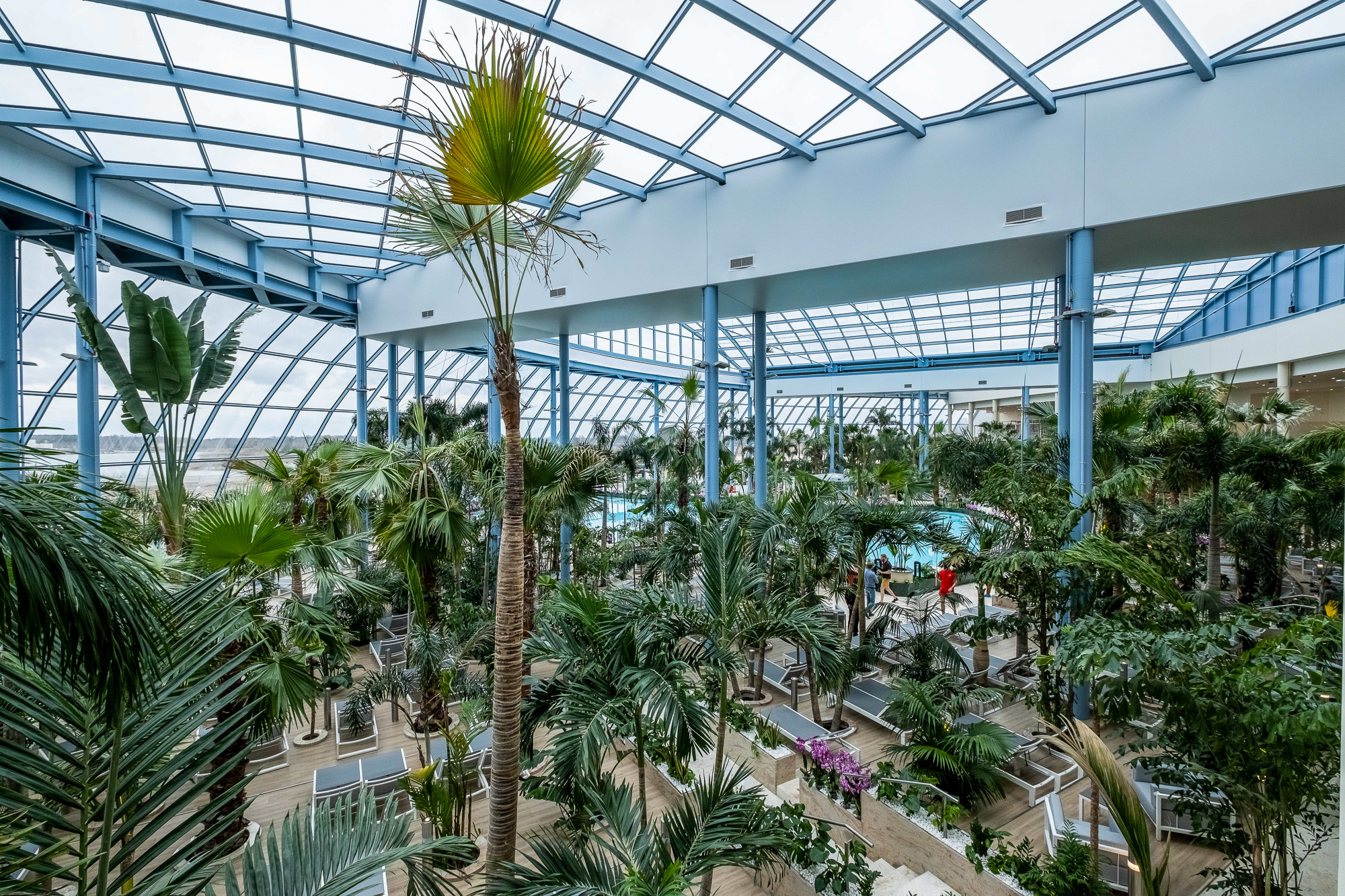 The water park has 740 palms brought in from Malaysia, Costa Rica and Florida which are looked after by a specially dedicated gardner.Kalbar/TFN

Then there’s Relax and Saunaria for over 16s, offering 10 different themed saunas in palm tree settings and temperatures ranging from a tropical 95 degrees through to igloo-esque -12 degrees Celsius. 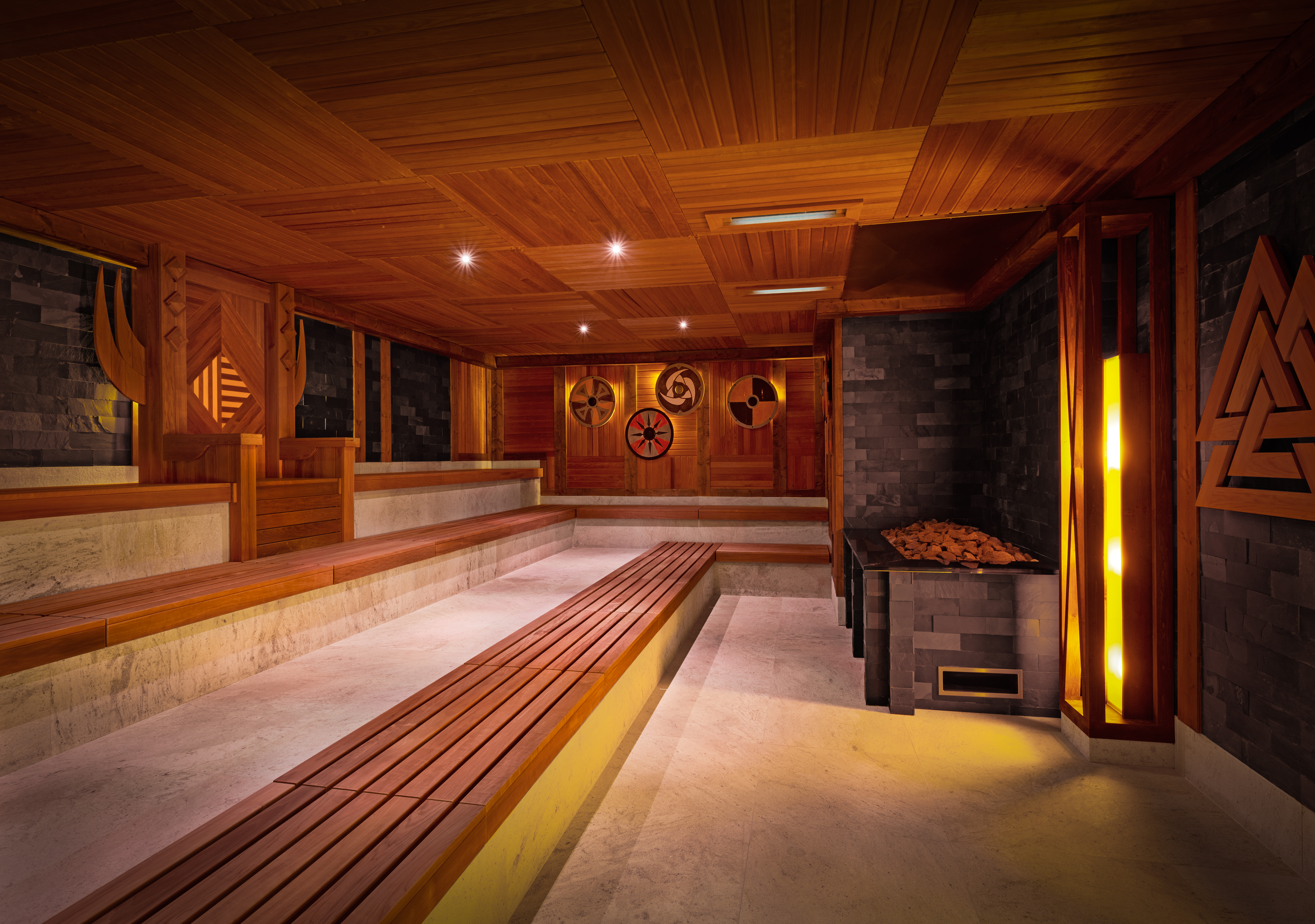 There are 10 different themed saunas with temperatures ranging from a tropical 95 degrees through to igloo-esque -12 degrees Celsius. Press materials

All this is set under 740 palms brought in from Malaysia, Costa Rica and Florida which are looked after by a specially dedicated gardener.

And for the more adventurous there’s indoor surfing thanks to a Surf-Air machine. 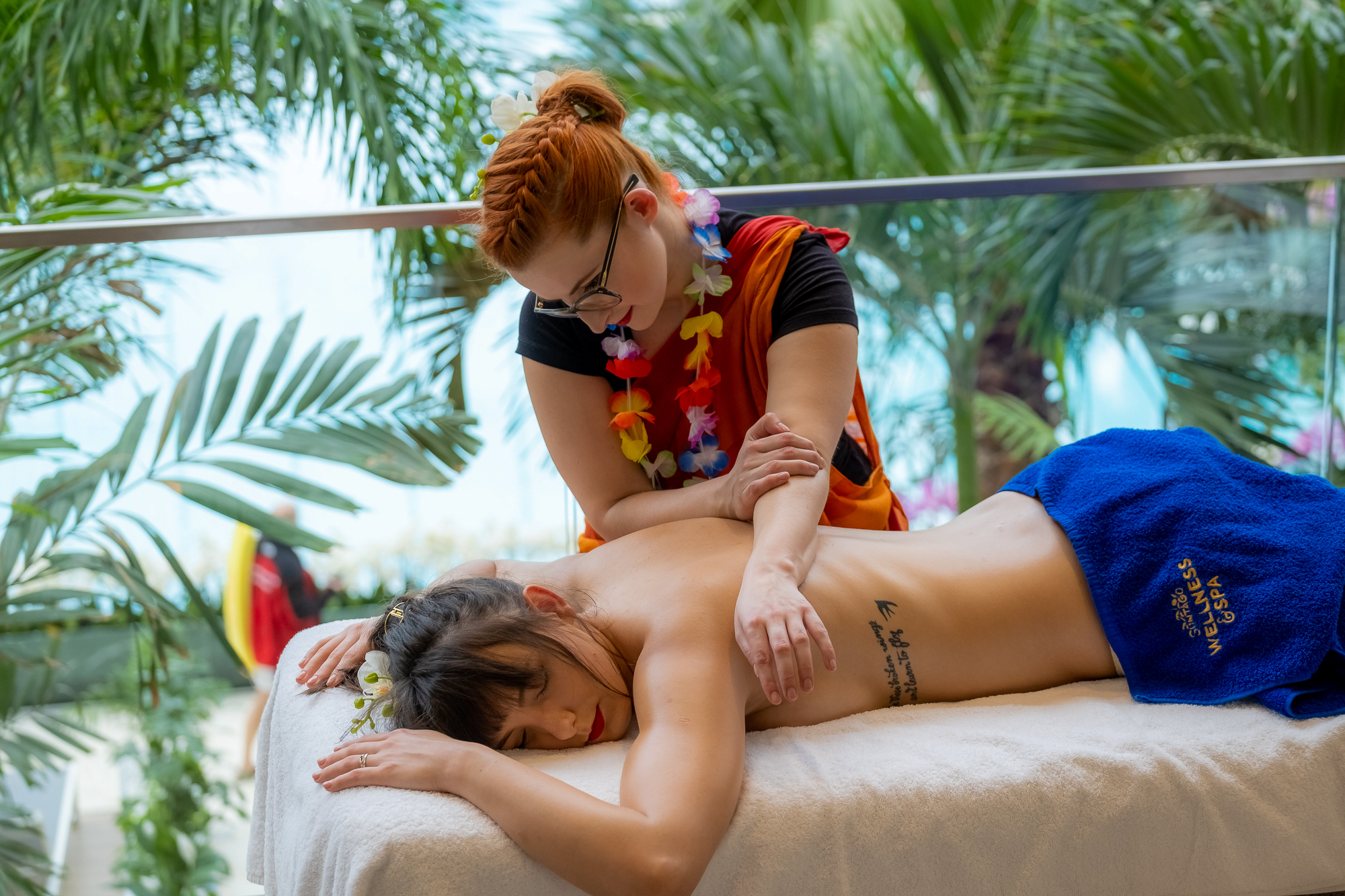 None of this would be possible though, if it weren't for Mszczonów’s own geothermal waters. 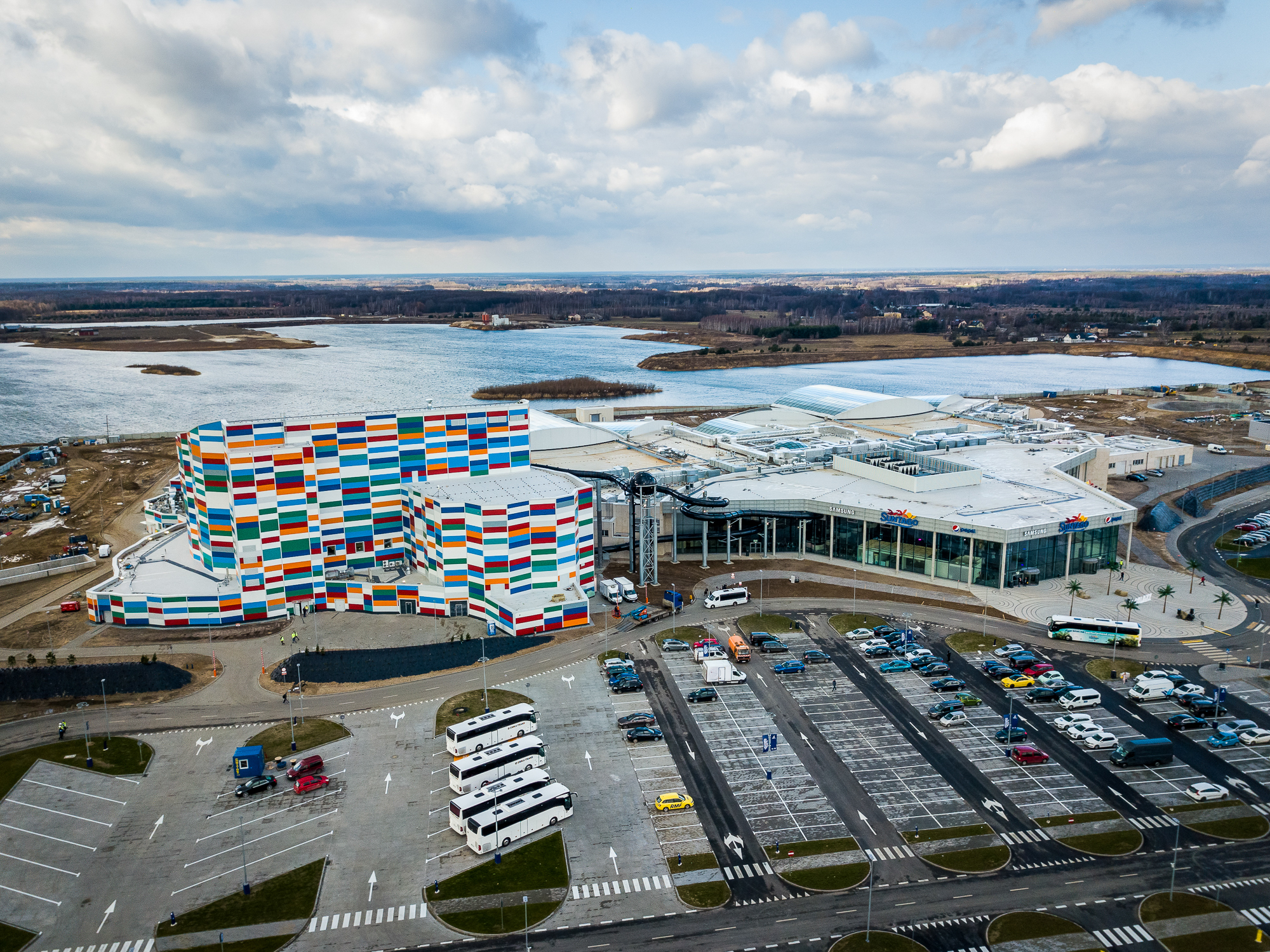 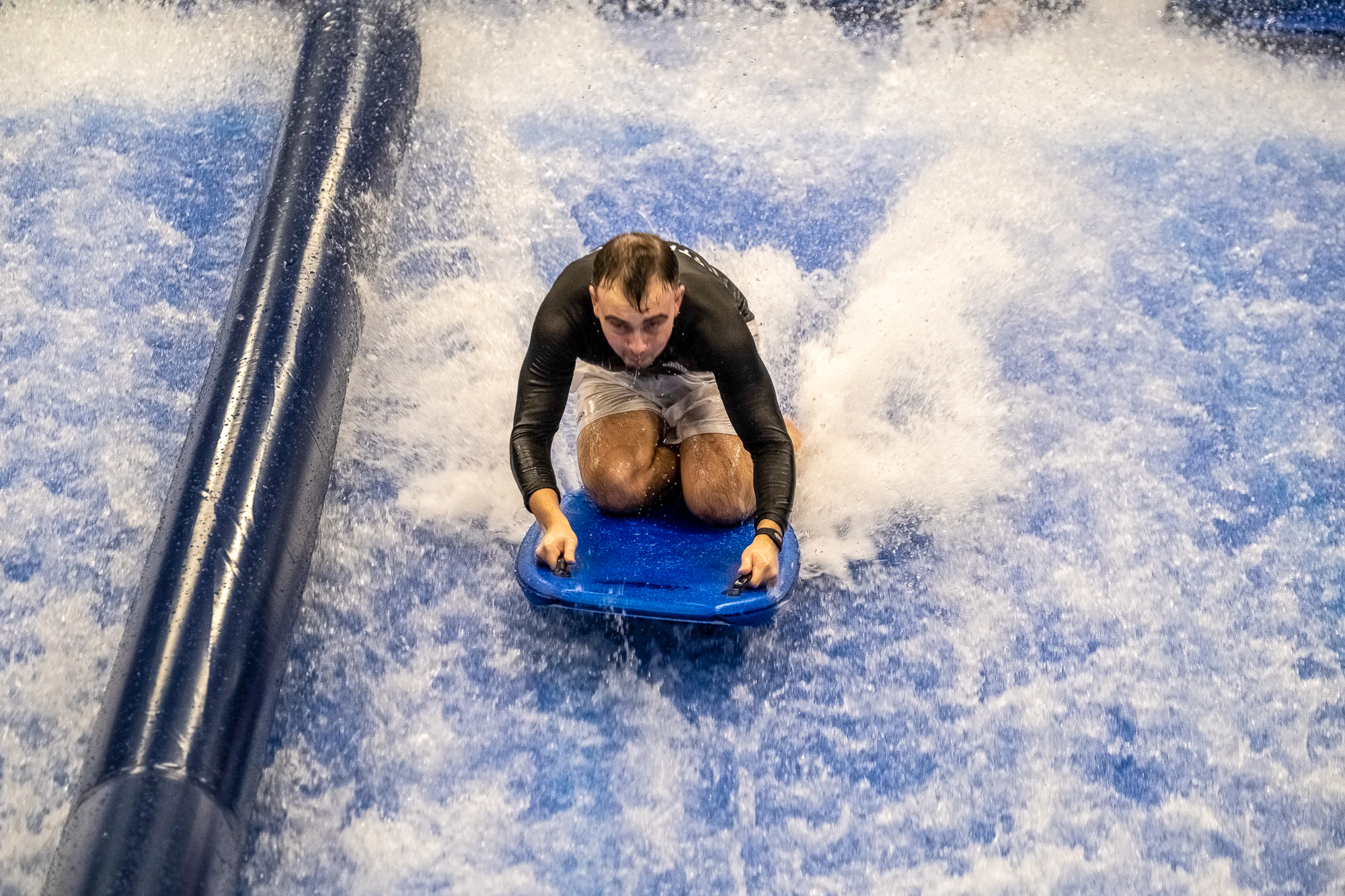 For the more adventurous there’s indoor surfing thanks to a Surf-Air machine.Kalbar/TFN

“Since we discovered the geothermal water, I've dreamt of creating such a venue and I'm glad that it came true here.”

For the mayor and the local population finding the geothermal waters was like finding oil – they are the region’s main wealth and a chance at development, which lead to creating over 350 jobs.Another crucial element was the technology brought in to utilise the geothermal waters, which among other elements are used for heating the entire park – a great example of green technology which decreases the energy consumption. 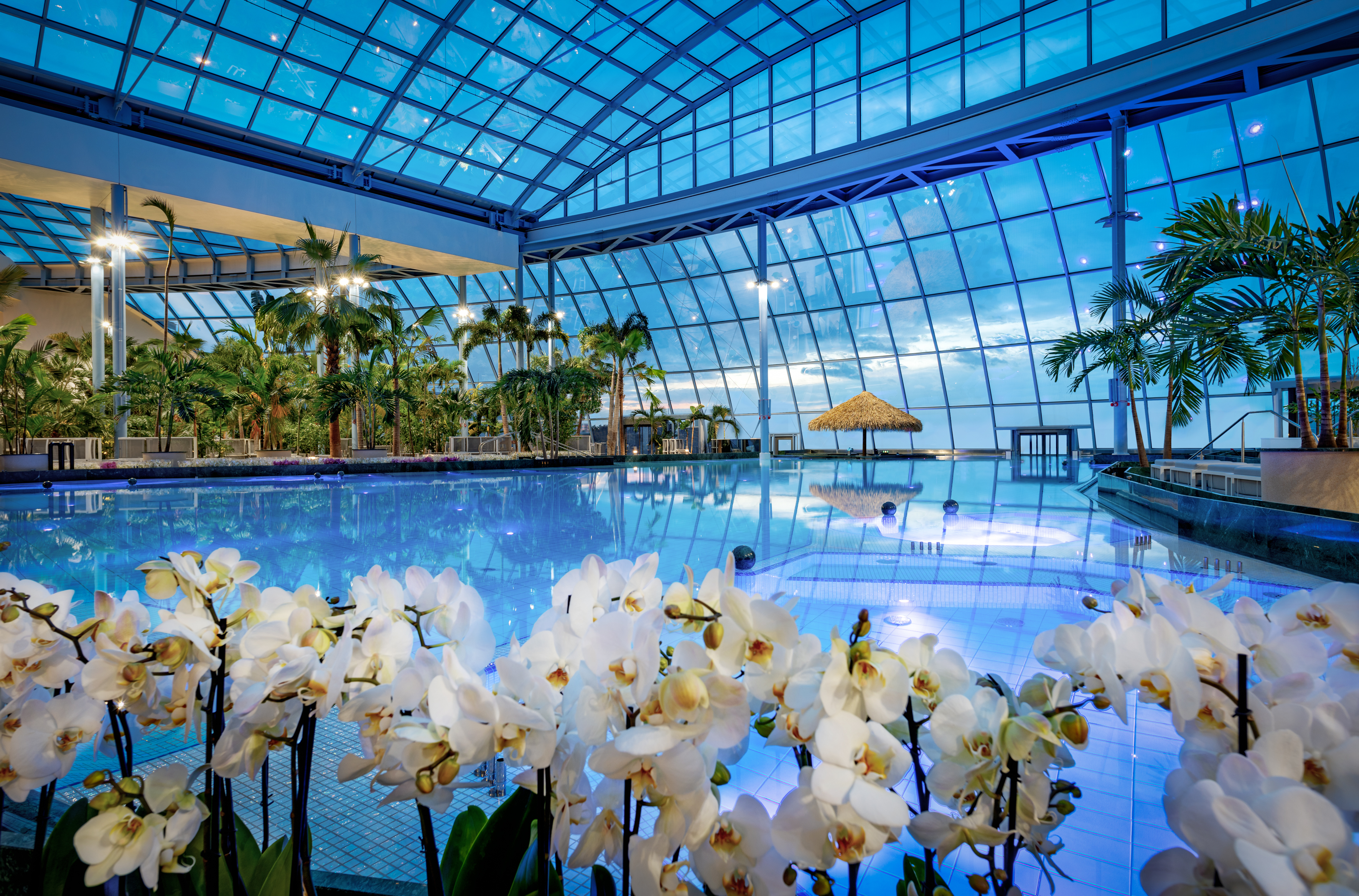 Together with two roofs which can be opened depending on the weather, the entire AC system is run without using additional electricity.

Thanks to the strategic partnership with Unternehmensgruppe WUND which shared it’s technology and know-how, Suntago’s architects could utilize the geothermal waters to their full capacity. 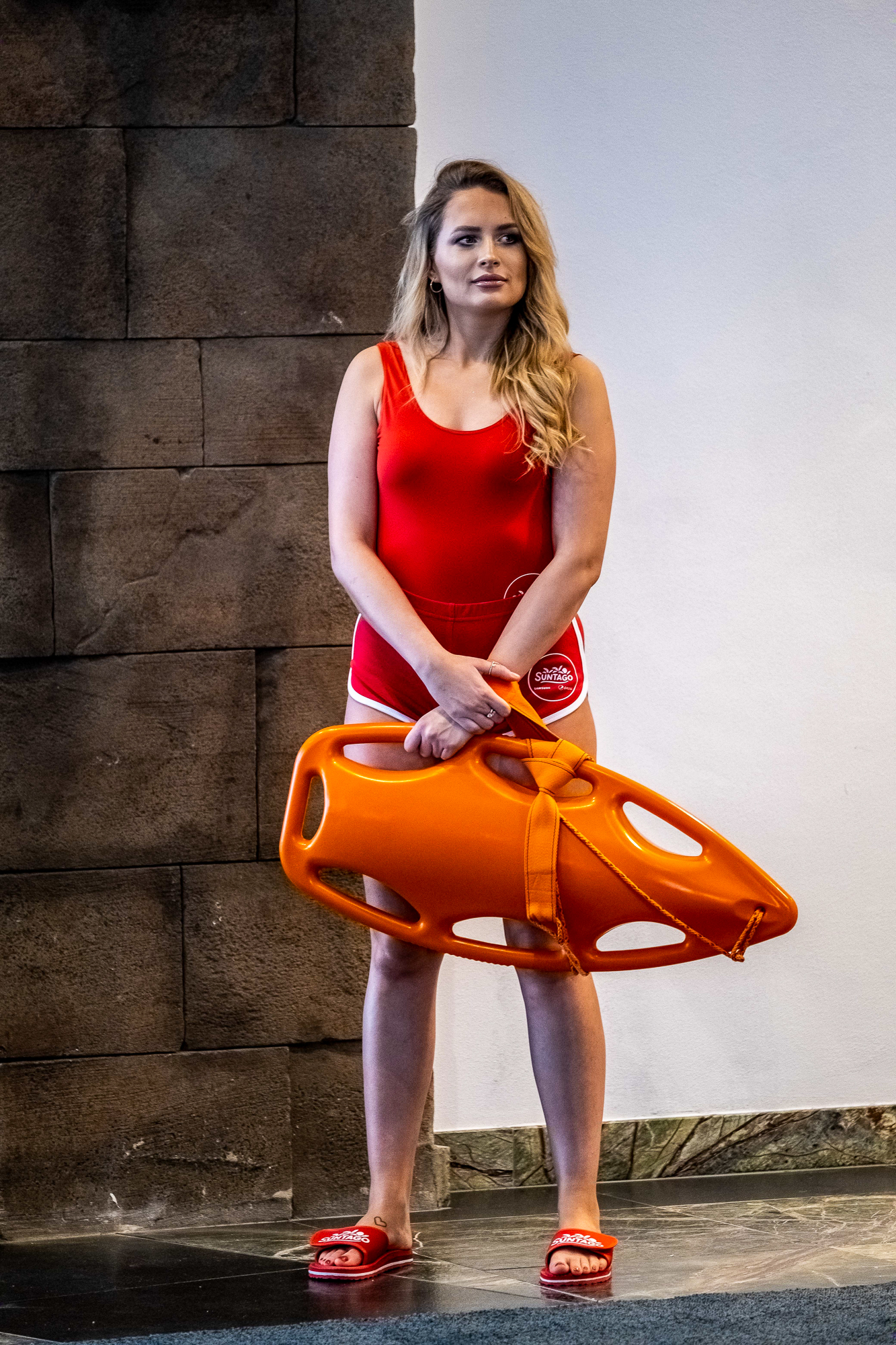 The Wund group has been constructing water parks in Germany for 30 years, starting with the well-known Therme Erding.

Mikołaj Sekutowicz, Managing Director of Wund Groupe in Poland said: “Our group keeps this technology as our most important treasure. 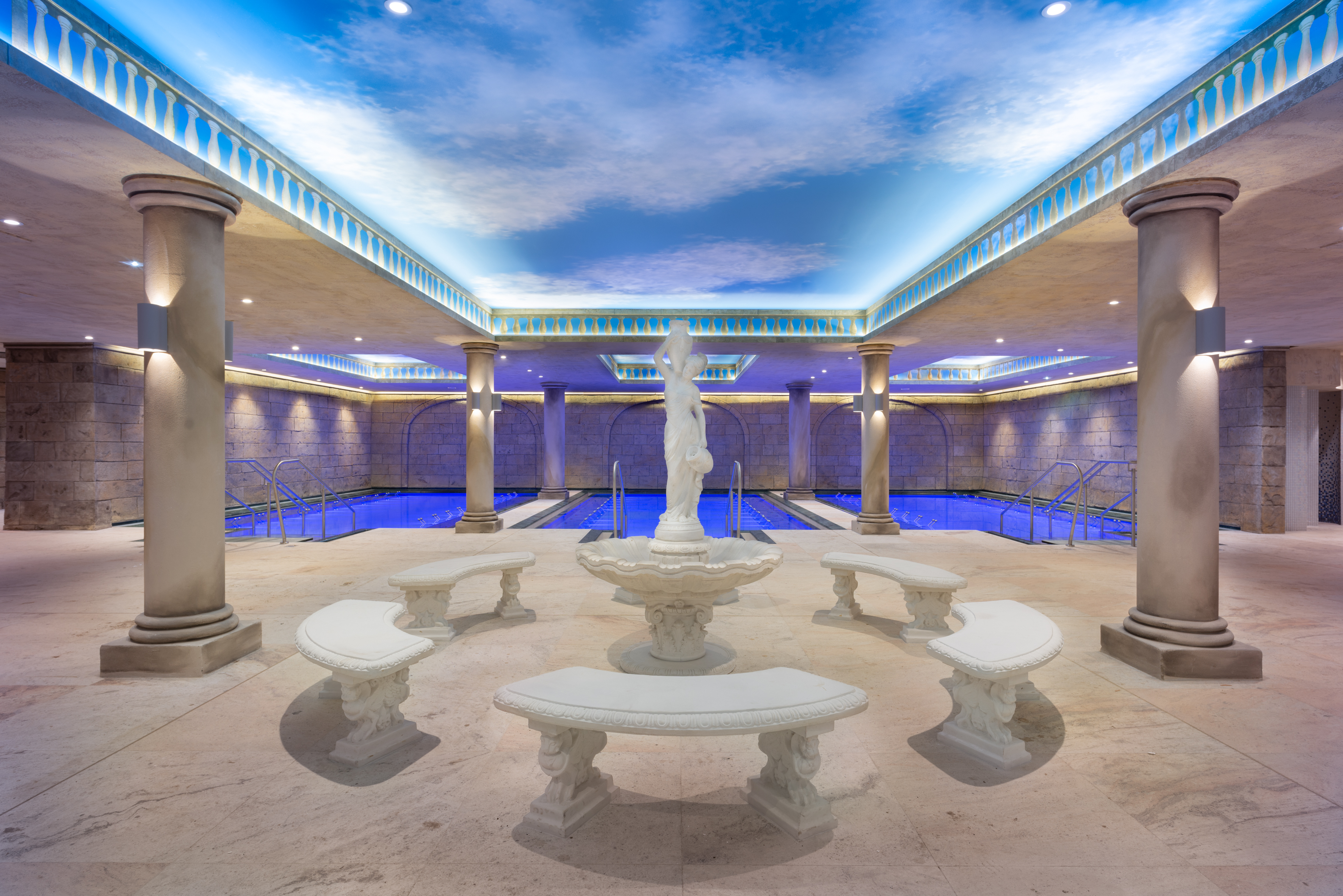 The construction team travelled the world picking up inspirations along the way. Press materials

For the first time we’ve shared it with partners to create such a project in Poland, and looking at this facility today I can say that we have passed this technology into very good hands.”

Built in just three years, the cost of Suntago’s construction is 170 milion euros, which makes it the biggest private investment in Poland in the last few years. 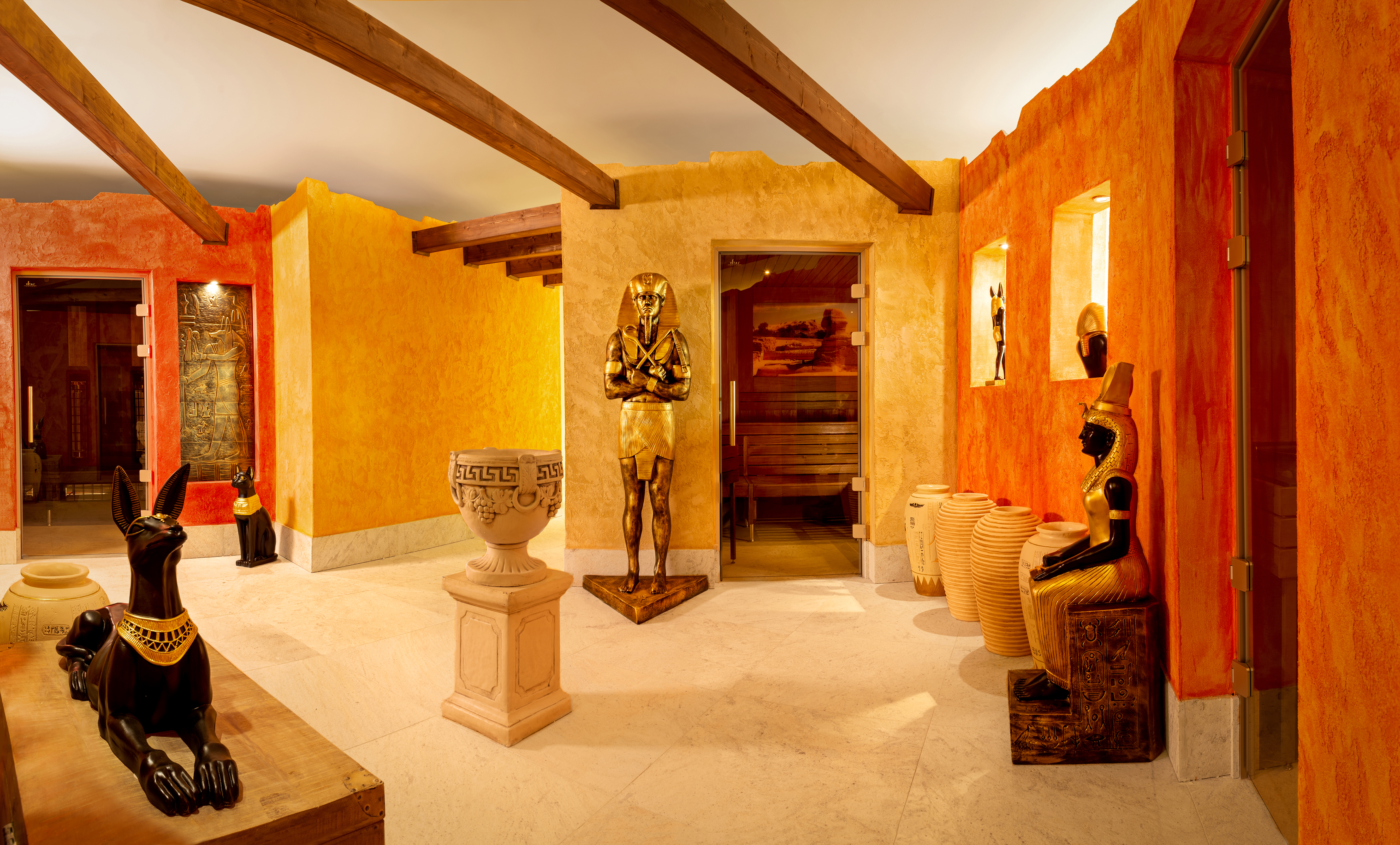 Each of the ten saunas has a different theme.Press materials

The construction team boasted that more concrete (38 thousand cubic metres) was used to build Suntago than Warsaw’s iconic Palace of Science and Culture, and that they used over half the amount of steel that comprises Paris’ Eiffel Tower. 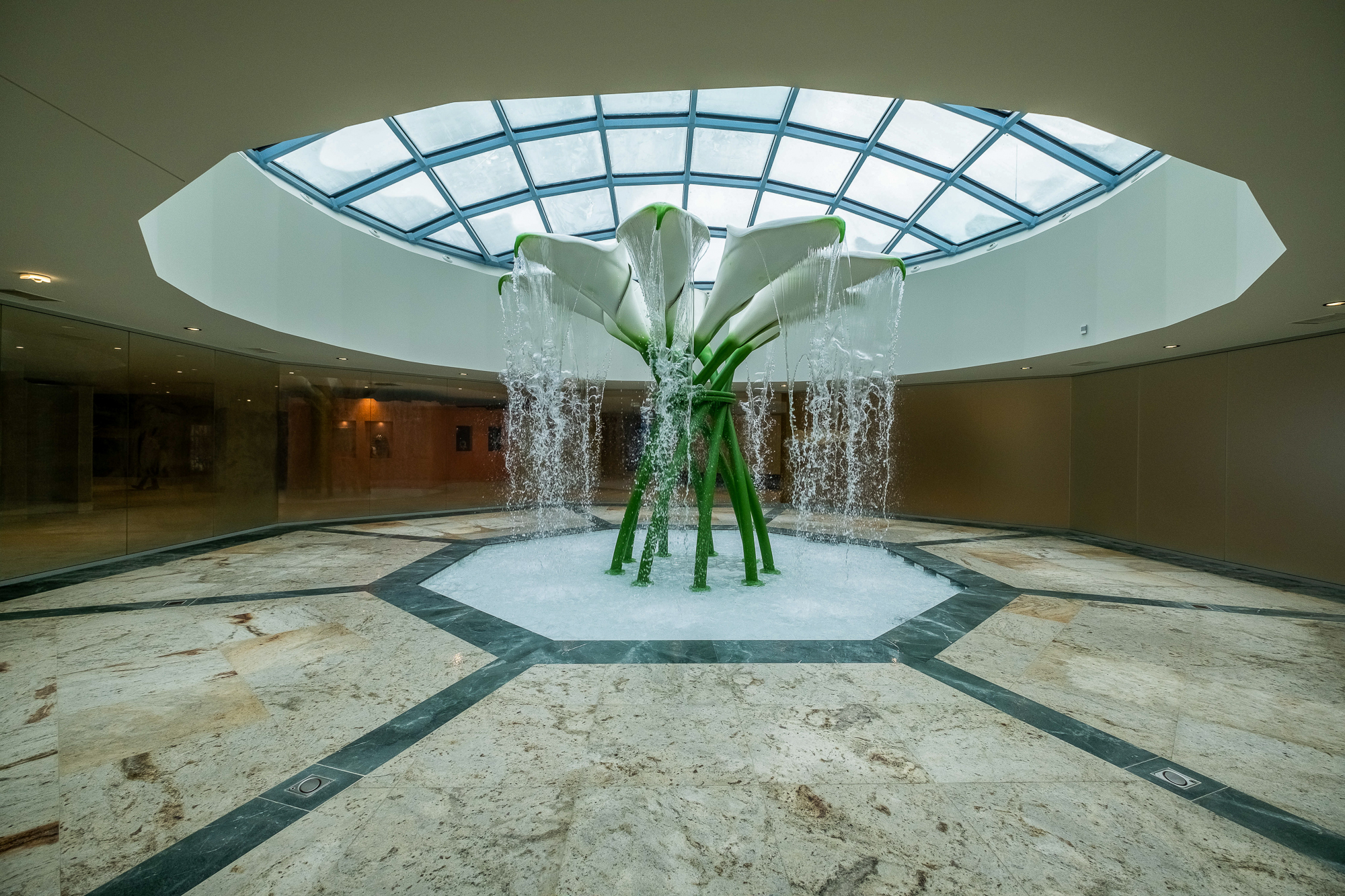 No expense has been spared on creating a luxury environment. Kalbar/TFN

There is still more development in store for Suntago, such as a hotel village of 92 bungalows for guests and other accommodations.

The nine quirkiest places to stay in Poland, from a remote glass bubble to a luxury tent