Online fashion retailer Etsy has been forced to apologise and remove a T-shirt emblazoned with the words ‘Camp Auschwitz’ after being swamped with complaints.

The T-shirt, which shows a skull and crossbones alongside the ‘Camp Auschwitz’ slogan, was listed for sale on Etsy’s marketplace and is similar to one worn by a rioter who stormed the Capitol in Washington D.C. last week. 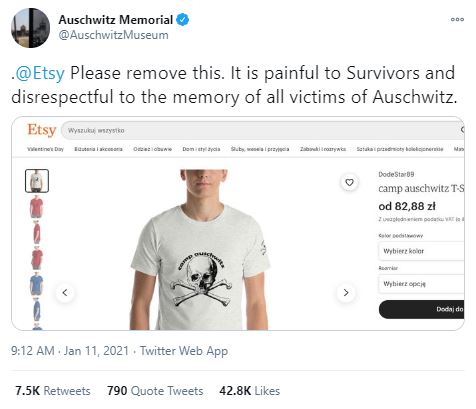 The T-Shirt sparked the fury of the Auschwitz museum who branded the item ‘painful’ and ‘disrespectful’ to the victims of the Auschwitz death camp, where more than a million people were murdered by the Nazis during World War II, the majority of them Jews.

The museum requested its immediate removal.

The item was found to have been listed for sale by a US seller, whose online shop was promptly banned when Etsy became aware of the item’s existence. 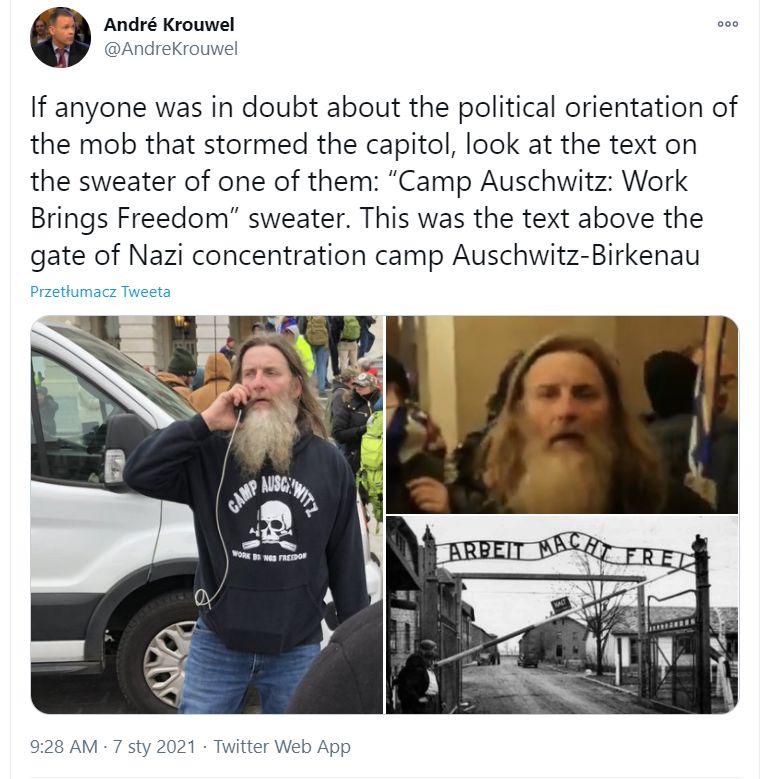 The T-shirts are similar to the one worn by a protestor who stormed the Capitol in Washington D.C. last week.Twitter

A spokeswoman for Etsy said: “Etsy’s long-standing policies prohibit items that promote hate or violence and we are vigilantly monitoring our marketplace for any such listings that may have been inspired by recent unrest.

“We removed the item immediately when it was brought to our attention and have also banned the shop that attempted to list this item.

“Items that glorify hate or violence have no place on Etsy and we are committed to keeping our marketplace safe.”

The news led to angry reactions on social media sites.Twitter

The item had been listed as unisex and accompanied by the description ‘everything you have ever dreamed of and more’.

The Auschwitz museum thanked Etsy for its swift response in taking down the listing, but the news led to angry reactions on social media sites, including Twitter.

Etsy banned the items and issued an apology.Etsy/Twitter

One outraged user wrote: “What the actual f*** @etsy? Do you really want to be a platform for Nazis?”

Another, @sk1138-Stephan, added: “Outrageous, this needs to be removed right away.”

While @MARIA63602581 posted: “That's disgusting. It's atrocious that you would sell that on your site.” 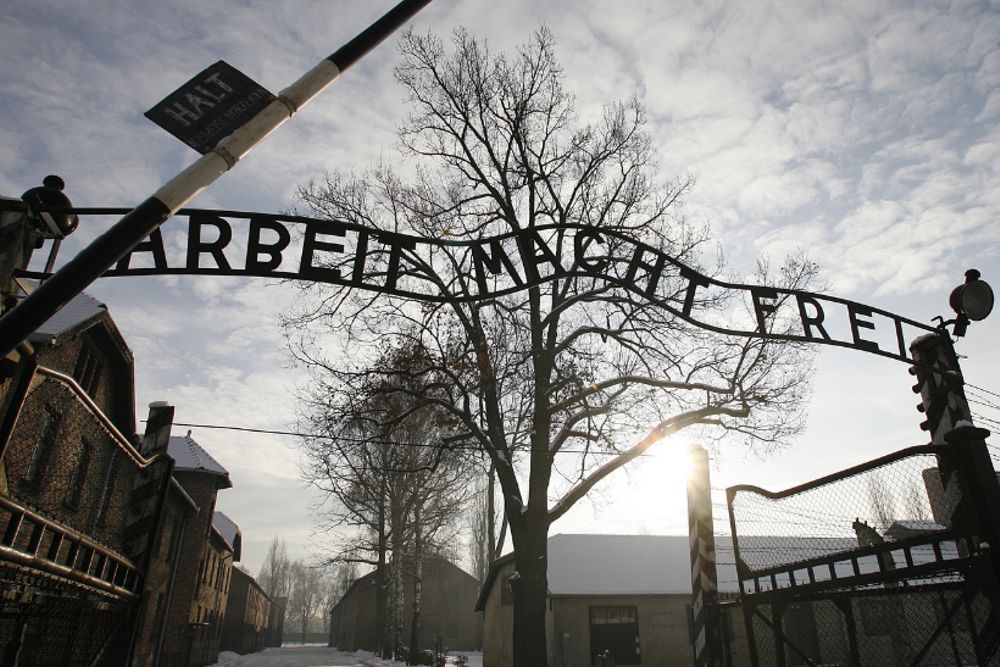 More than a million people were murdered at Auschwitz during WWII, the majority of them Jews.Andrzej Grygiel/PAP

A spokesman for the Auschwitz Memorial Museum said: “We believe that selling and making profit from items with such reference to the Auschwitz camp - a place of enormous human suffering caused by hateful ideology, where over 1.1 million people were murdered - is simply not acceptable.”