A collection of love letters and poetry between Home Army soldier and poet Józef Szczepański, a.k.a. ‘Ziutek’ and his girlfriend have been discovered hidden in a closet.

The incredible find, which included poems written in code from Halina Kobylińska to Szczepański, were discovered after her children decided to clear out her possessions.

Son Tomasz Mordziński said: “Twenty-five years after my mother's death, I started to clean up documents, correspondence and various other trinkets that were hidden deep in the closets after her death.

"During the tidying up, I came across a small booklet containing poems. Initially, I wasn’t interested in them, but my wife noticed them.

“At one point, I heard a familiar name Ziutek and then something clicked - maybe these poems are related to Ziutek, that is Józef Szczepański, whose photo we saw with my brother many times in our mother's album.” 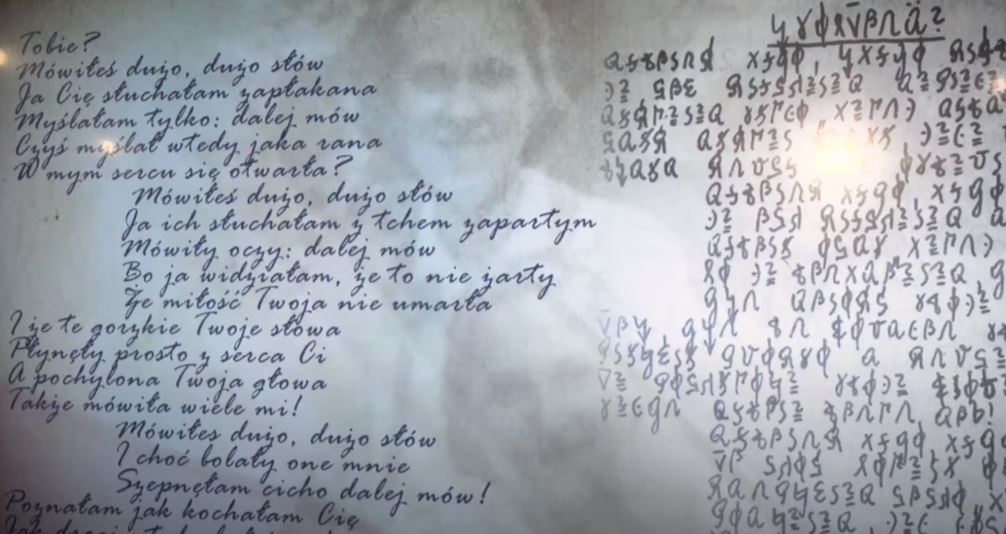 Cryptographers from the National Cyber Security Centre decoded poems which used the so-called base cipher, in which each letter of the alphabet corresponds to a symbol.Ministry of National Defence of the Republic of Poland/YouTube

Szczepański, became popular due to many of his poems being turned into songs which were sung during WWII.

From stories told in the family the brothers knew that Szczepański was a friend of their mother and that he had died in the Warsaw Uprising. They also knew he was an author of insurgent poetry. To preserve the letters, the brothers donated them to the archive in Warsaw (Archiwum Akt Nowych).

Archive historians began examining the documents and to their surprise discovered that the notebook was full of poems composed by Ziutek and hand-written by Halina, including 21 previously unknown. There were also letters from Szczepański to Halina from the years 1939-41. 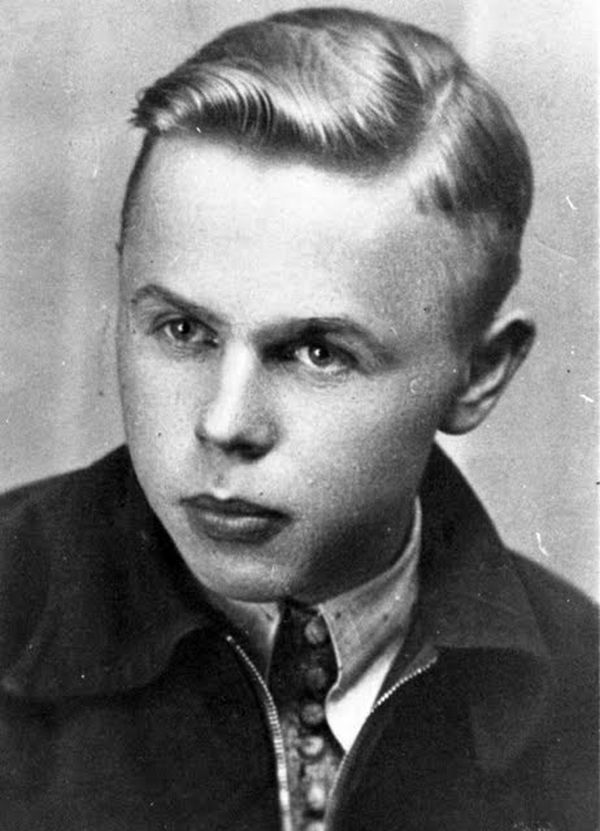 Home Army soldier Józef Szczepański became popular due to many of his poems being turned into songs which were sung during WWII.Public domain

Mordziński said: “It was a youthful love that lasted three years, although they only saw each other for five months. They met on February 19th, 1939 at a party in the Maria Sklodowska-Curie middle school in Warsaw, and on July 3th they went together on vacation.”

The budding romance was cut short by the outbreak of the war. Szczepański met Halina only one more time, when he came to Warsaw from Kraków where he was living at the start of the war, for a few days in November 1939.

“In March 1942, my mother, in the only remaining letter from her to Ziutek, asked what she should do with the letters and poems, whether she should burn them or send them back. Fortunately, she did neither. She never, in her entire life, told anyone about it, and she died in 1995. We knew that Ziutek was her friend - nothing more." 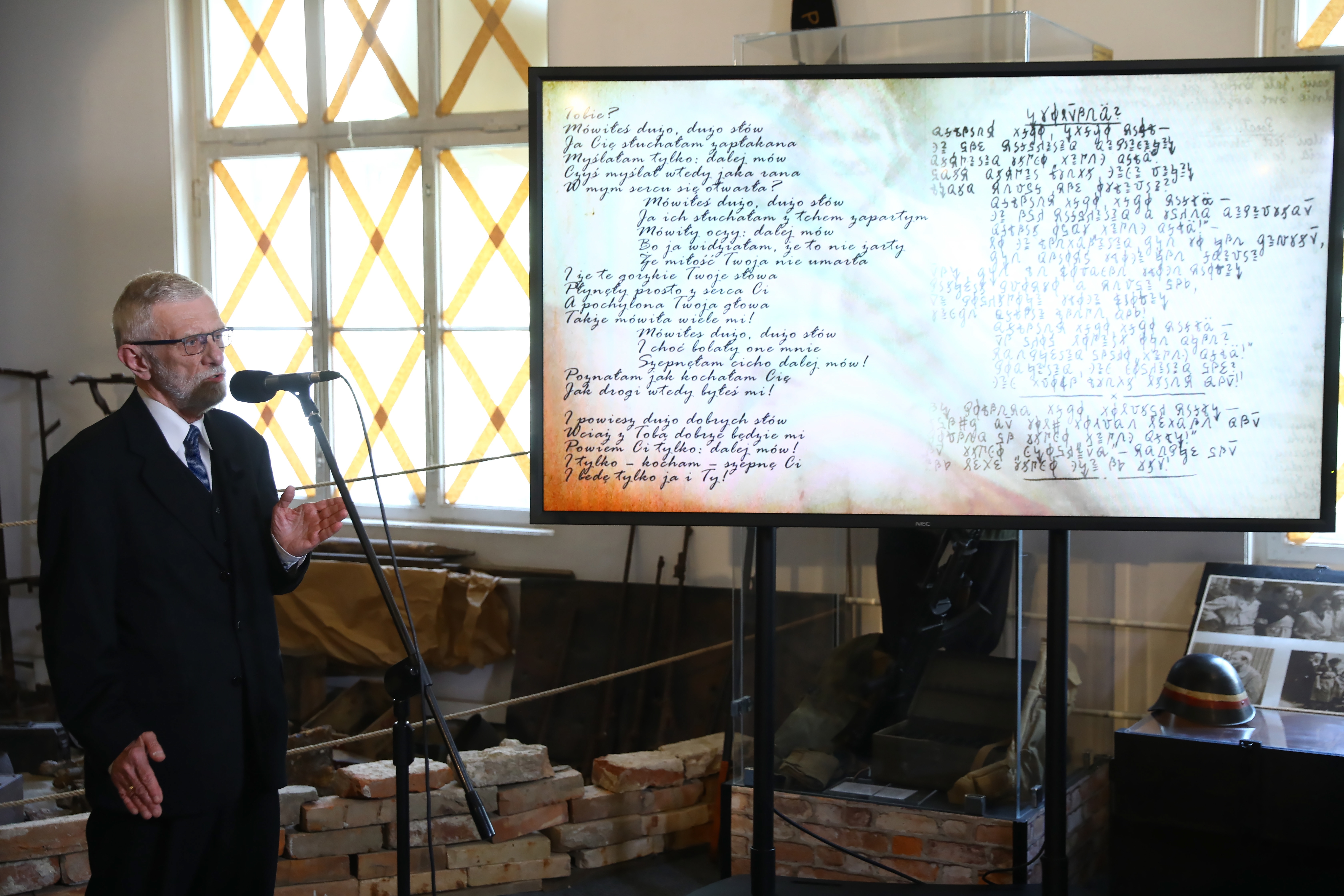 Now cryptographers from the National Cyber Security Centre have decoded the encrypted poems written to Szczepański by Halina who as a teenager must have learnt simple encryption during military training classes.

According to the cryptographers, the lines are a naïve testament to feelings of love during wartime.

The Centre’s director, Brig. Gen. Karol Molenda said: “This isn’t a standard activity for us. (…) Our cryptanalysts treated the task of deciphering these letters and poems as an interlude in their work, a game.

“The letters used the so-called base cipher, in which each letter of the alphabet corresponds to a symbol.

“Theoretically, deciphering such a code should not be very difficult, but we have 32 letters of the alphabet, which equals billions of combinations.” 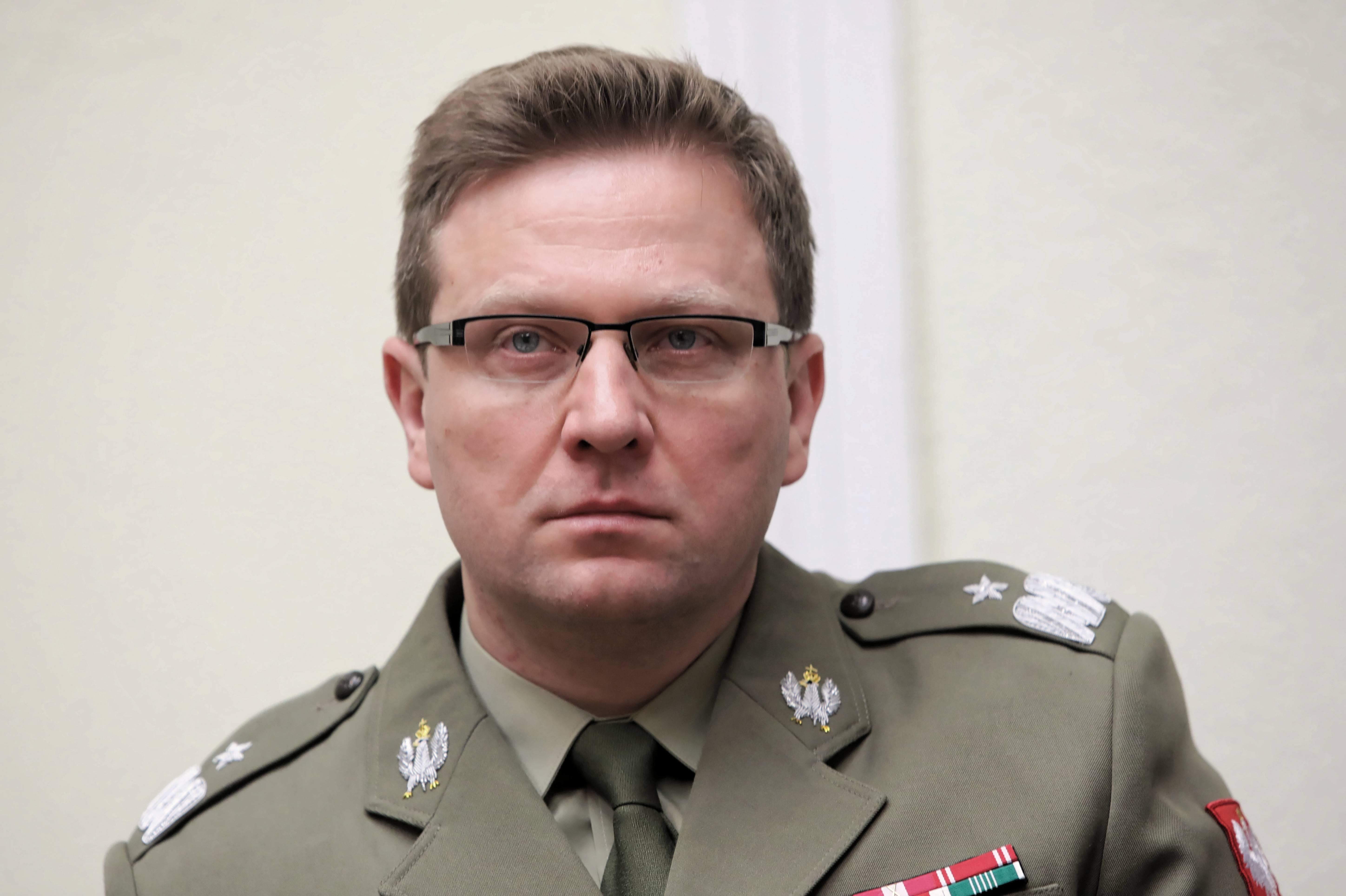 It’s hard to say whether Szczepański ever read the verses Halina wrote for him. A soldier in the Battalion Parasol, he took part in the Warsaw Uprising and died after being wounded on September 10th 1944.