Edward Dwurnik, artist who won international fame during the Communist times, passes away

Edward Dwurnik, since the 1970s among the most internationally successful Polish artists, died on Sunday morning, aged 75.

Arguably the most internationally successful among Polish painters, Dwurnik died peacefully at home at in the morning, his daughter, Pola, an established artist in her own right, told the press.

Dwurnik was the only Poland-based artist to win recognition on the other side of the Iron Curtain during the communist days, as attested for example by his participation in the prestigious Dokumenta biennial in Kessel, Germany in 1982.

The hallmarks of the style that was to make him famous at home and abroad developed as early as his 1963-1970 studies at the Warsaw Academy of Fine Arts (ASP). It was then that he started his popular cycles, Podróże autostopem (Hitchhiking) and Sportowcy (Sport People). 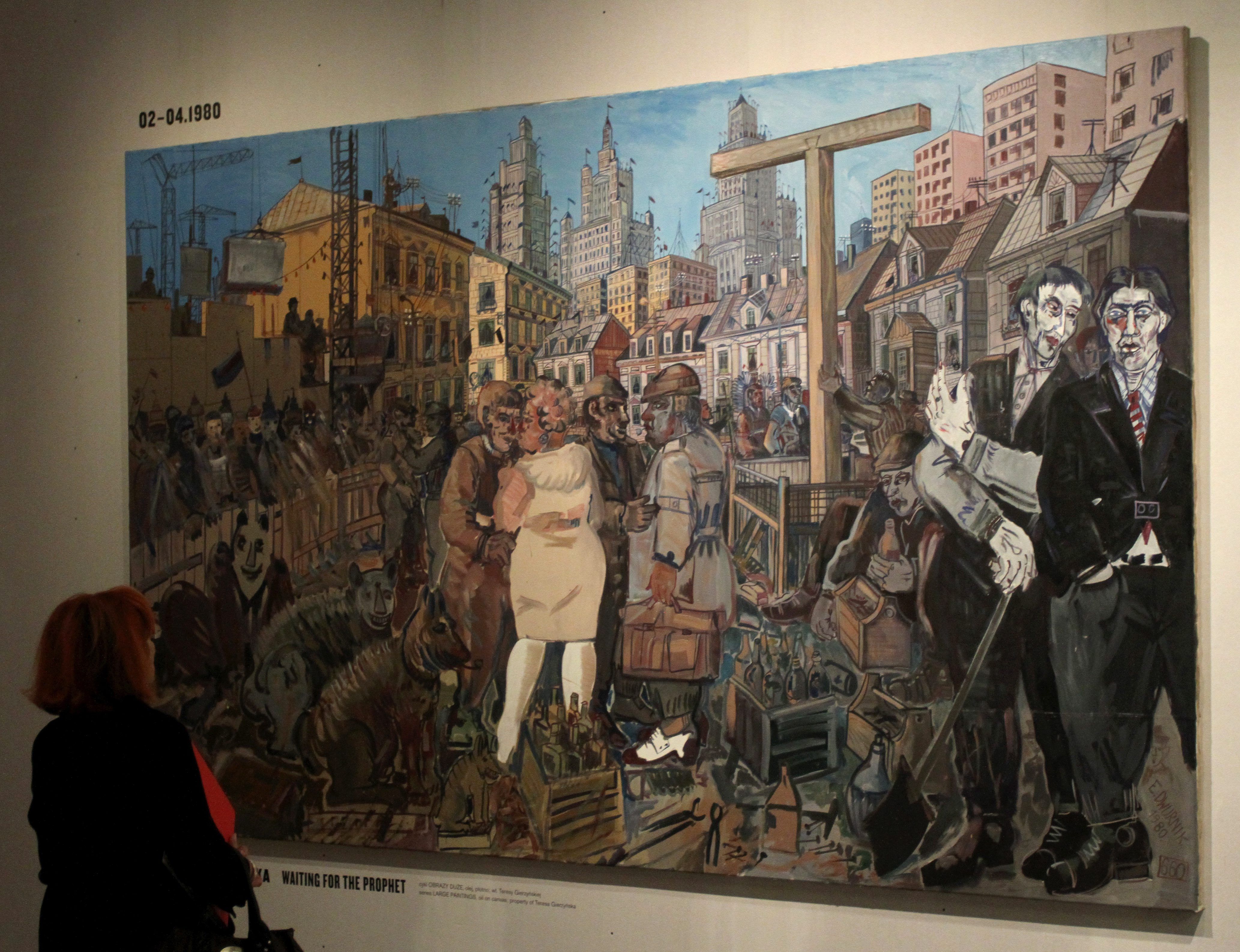 His work reflected his take on life during the Communist period, featuring party officials, labourers and drunks.Jacek Bednarczyk/PAP

The latter was perhaps the most characteristic of his style, starting with the ironic title ‘sportowcy,’ which in Polish would normally mean athletes but he chose the word to describe those who smoked the cheapest brand of cigarettes then available, Sport.

The slightly cartoonish characters that populated his paintings were invariably accompanied by text, as the artist would write the title of each painting, and sometimes additional slogans, on the canvas.

His theme, Dwurnik said, came to him in March 1968, during the anti-Semitic campaign orchestrated by the government. He would portray everyday life in Communist Poland, physical labourers, soldiers, prostitutes but also low-level bureaucrats or “babcie klozotowe”, the elderly ladies who would enforce coin payments at public toilets.

The most common character in his painting, however, was the drunk, alcoholism being the chief coping mechanism of the Poles under Communism – and later, if Dwurnik’s work is any indication. 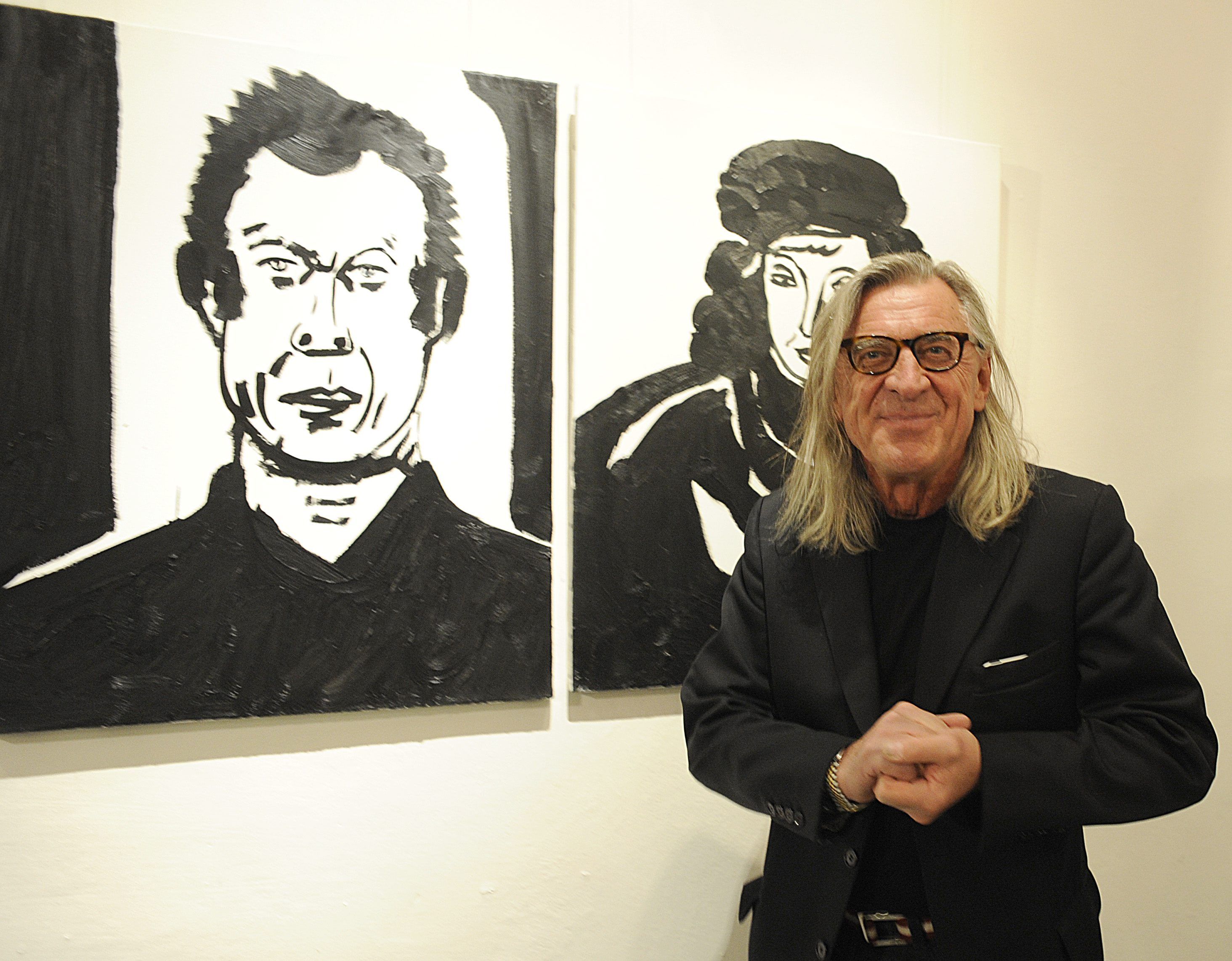 Dwurnik managed to win international prizes despite living behind the Iron Curtain.Andrzej Rybczyński/PAP

In 2010, his Bitwa pod Grunwaldem (The Battle of Grunwald) was unveiled at the Royal Castle of Wawel in Kraków, a unique honour for a living artist. The painting drew on Jan Matejko’s monumental (nearly 10 metre) canvas of the late medieval triumph of a Polish, Lithuanian, Russian and Muslim coalition against the Teutonic Knights, which forms one of the cornerstones of the Polish nationalist art of the late 19th-Century. But instead of heroic fighting, Dwurnik’s painting shows a mass of drunken revellers, a grotesque comment on the nature skewering of the national self-perception.

Dwurnik produced nigh on 5,000 paintings, as well as 14,000 drawings and 3,500 graphic works in other media. He also made illustrations for two animated films by the celebrated director Andrzej Barański. He was the subject of several films himself, the first in 1977, when he was just 34 years old.

Number of coronavisus cases in Poland rises to 452, five dead