A WWII German tanker sunk off the coast of Poland poses an ecological disaster, say experts.

Environmentalists and scientists are bracing themselves for an ecological disaster after discovering that a WWII German ship sunk off the Polish coast could still hold up to 1.5 million litres of petrol.

The large Franken tanker which was being used as a resupply ship was sunk by the Soviet airforce in April 1945. Although managing to hold its toxic load for over seventy years, scientists now warn that a leak is all but inevitable.

Dr Benedykt Hac from the Maritime Institute in Gdańsk told the Baltic Daily: “The progressive corrosion means that the steel covering the hull and the interior of the ship is getting thinner, and the probability of the wreck collapsing under its own weight is increasing.” 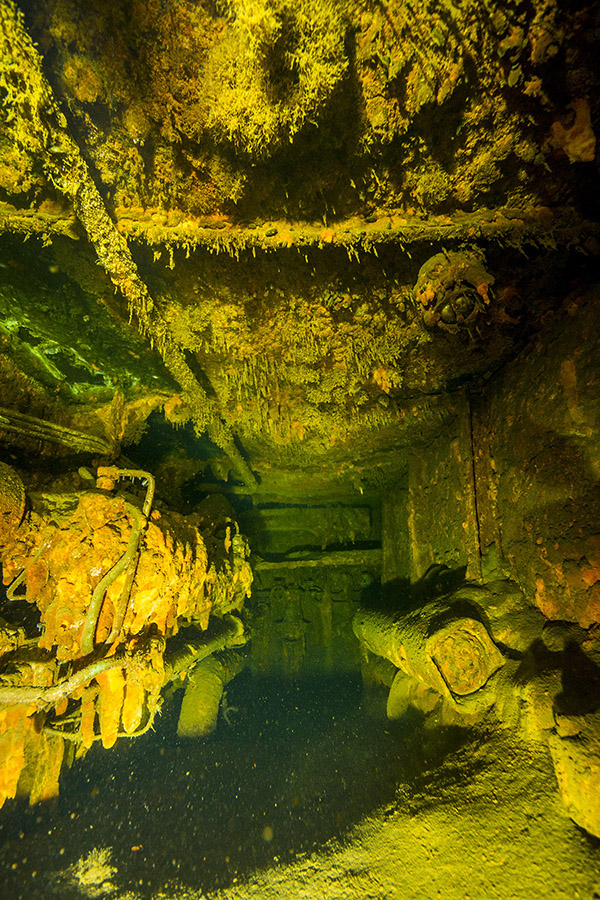 The dire warning comes after environmentalists and scientists from the MARE foundation and the Maritime Institute in Gdańsk conducted a research expedition to the seabed to determine whether the German tanker Franken posed a potential environmental threat.

Conducted in April this year, the findings confirmed that it was ‘only a matter of time’ before the Franken started to leak into the Gulf of Gdańsk and the wider Baltic Sea, which borders nine countries, including Russia, Scandinavia and the Baltic States.

Dr Hac said: “It has been established that there are still tanks on board that can contain up to 1.5 million litres of fuel”, emphasising that the vessel was already having a negative effect on its environment.

He added: “Land surveys in the immediate vicinity of the tanker showed that there has already been a lot of havoc in the ecosystem, and standards for some toxic and carcinogenic substances have been exceeded even several hundred times.” 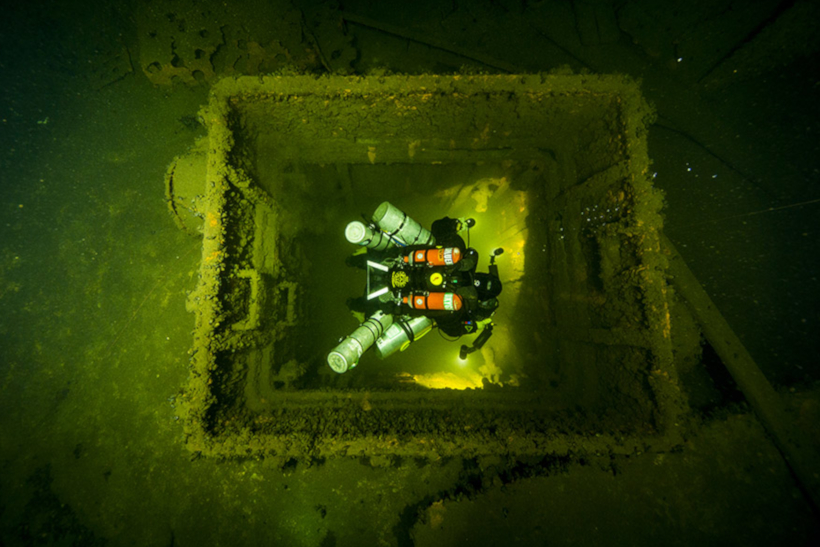 Progressive corrosion means the steel covering the ship’s hull and interior is getting thinner, increasing the probability of the wreck collapsing under its own weight
(Michał Procajło)

The news follows reports that the Baltic Sea is already in poor shape, with an increasing number of dead areas appearing after nutrient run-off. Agricultural nutrient-dense pollution feeds algae blooms, which in turn use up oxygen necessary for marine life.

The Baltic Sea has a thriving fishing industry which feeds millions, and is also a popular tourist destination. The wreck sits off the coast of the Hel Peninsula, a resort area popular in summer.

The Franken tanker is one of dozens of WWII wrecks that still litter the Baltic basin.