President Andrzej Duda is "feeling fine" despite testing positive for Covid 19 on Friday., his office has revealed.

The president tested positive on the same day he visited Warsaw's National Stadium, which is being converted into an emergency hospital to deal with the increasing number of Covid-19 patients in Poland.

"President Andrzej Duda was tested for coronavirus yesterday, in line with recommendations. The result was positive. The president is feeling fine. We are in constant contact with relevant medical services," Błażej Spychalski, his spokesman, tweeted on Saturday morning. .

He added that the president was now going into quarantine. 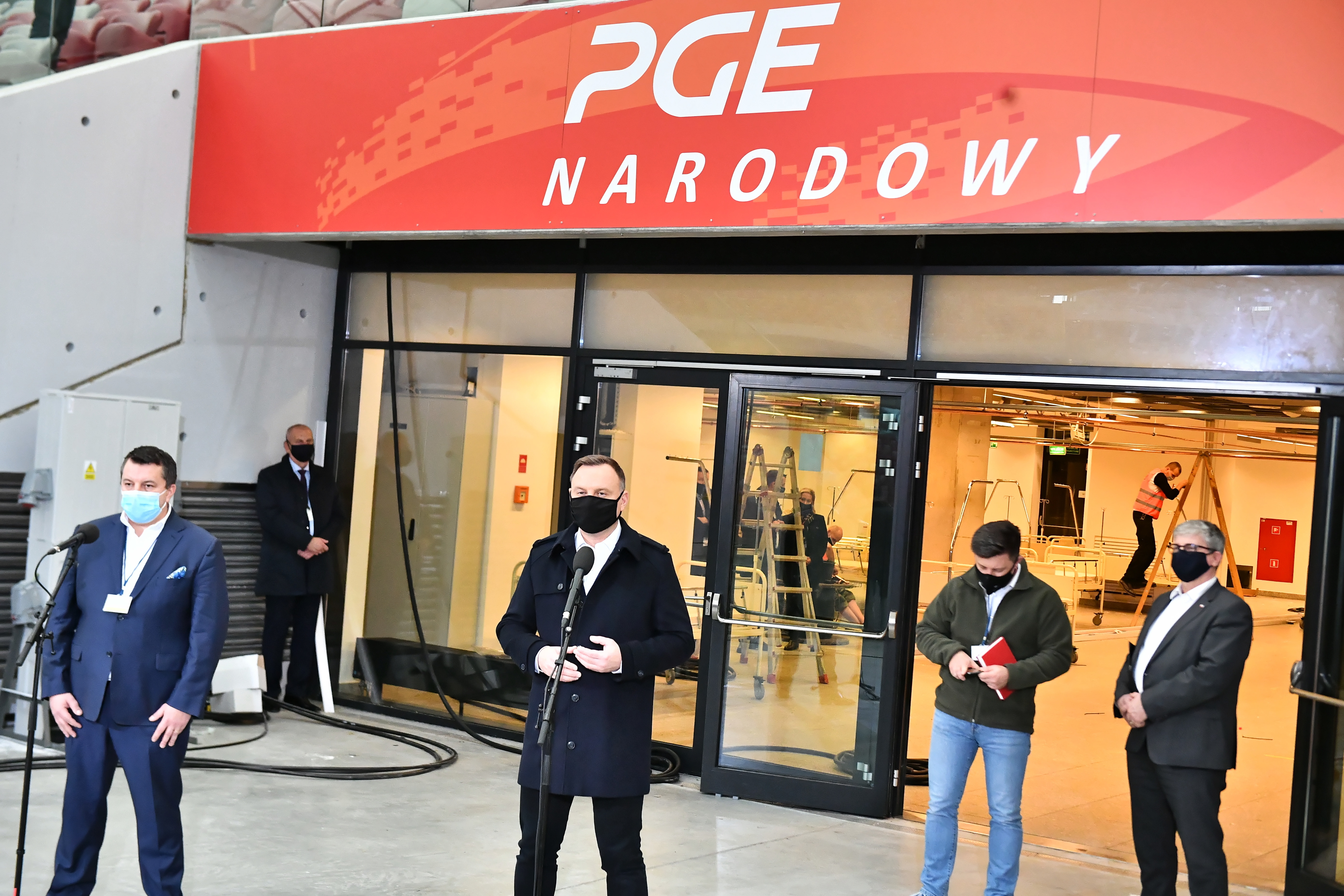 By testing positive, President Duda joins President Donald Trump and Boris Johnson, the British prime minister, in the ranks of governmental leaders who have caught the virus.

Boris Budka, the leader of Civic Platform, the main opposition party, wished the president a "speedy recovery", adding that he hoped the infection would pass "asymptomatically".

The news of the positive test came the day after health ministry reported a record number of daily coronavirus infections. The ministry recorded 13,632 positive tests, with 153 fatalities. So far, Poland has seen a total of 228,318 infections and 4,172 deaths from the disease.

UPDATE: Andrzej Duda confirmed on Saturday afternoon earlier reports that he had tested positive for coronavirus, saying he did not have any symptoms and was feeling fine. Duda said he will spend the coming days in self-isolation and will be working from home. He also published his appologies to all that need to go into quarantine due to contact with him. "Please, believe me, if I had any coronavirus symptoms, all the meetings would have been cancelled," he wrote. Duda expressed thanks for all the wishes of good health he had received.