A family of ducklings hatched inside a tree was saved after one was spotted plummeting to the ground from its nest 10-metres up.

Ornithologists from the University of Rzeszów had been monitoring the brood near the university campus after the mother duck had built her nest inside a hollow.

But when she called for them to join her, the researchers were horrified to see one of the newly-hatched chicks leap out and plunge to the ground. 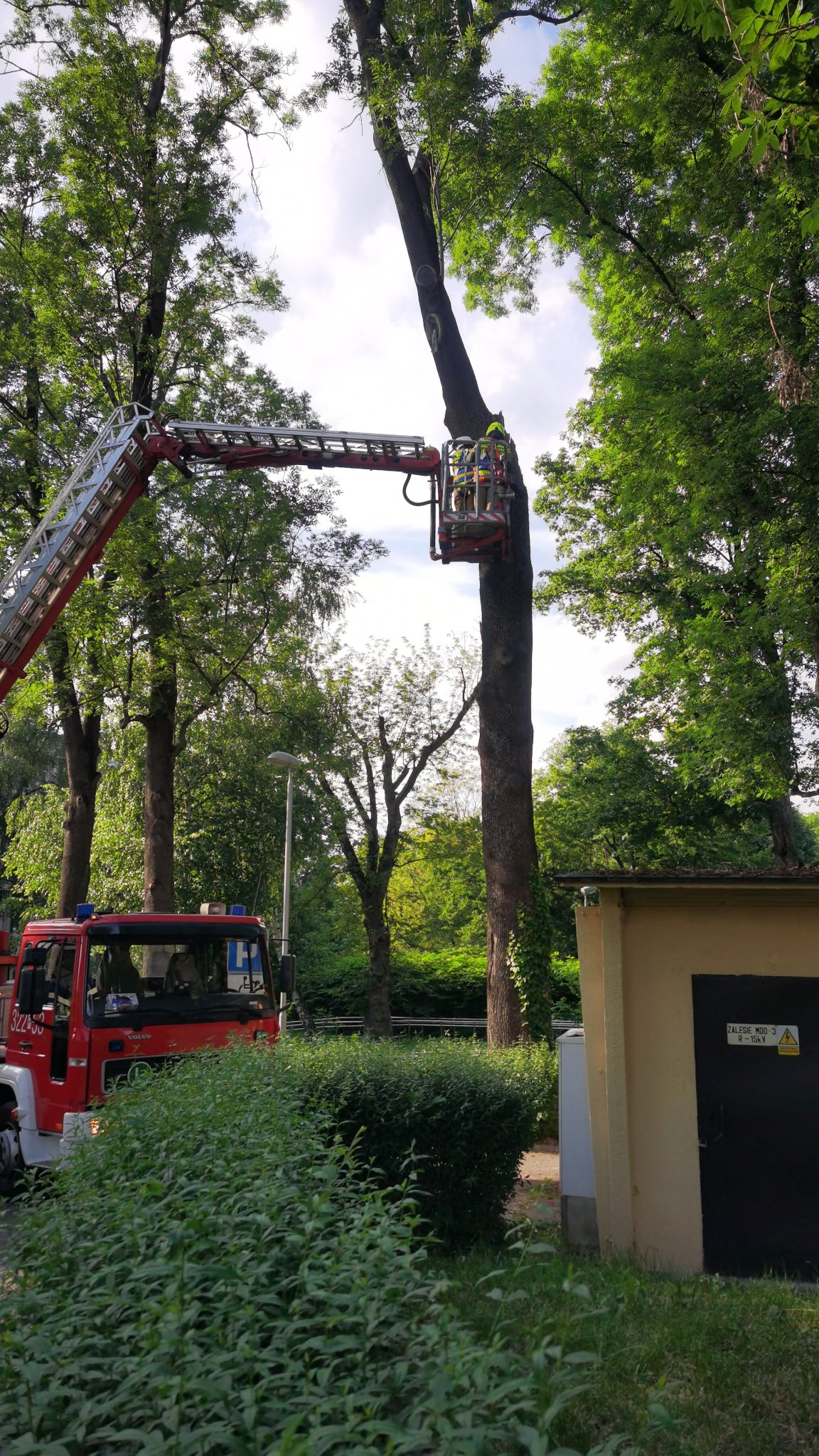 In untypical behavior for mallard ducks, the mother had hatched her nest in a tree hollow 10-metres above the ground. Uniwersytet Rzeszowski/Facebook

The quick-thinking researchers then dashed over to lay pillows below the nest to break the others’ fall.

Posting on social media, the university said: “Dr. Natalia Tańska and MA Iryna Miedviedieva, seeing the hatched chicks in the hollow, covered the base of the tree with pillows to ensure a safe landing for the little ones.

“This was necessary because the newly hatched ducklings can swim well but cannot fly at all. 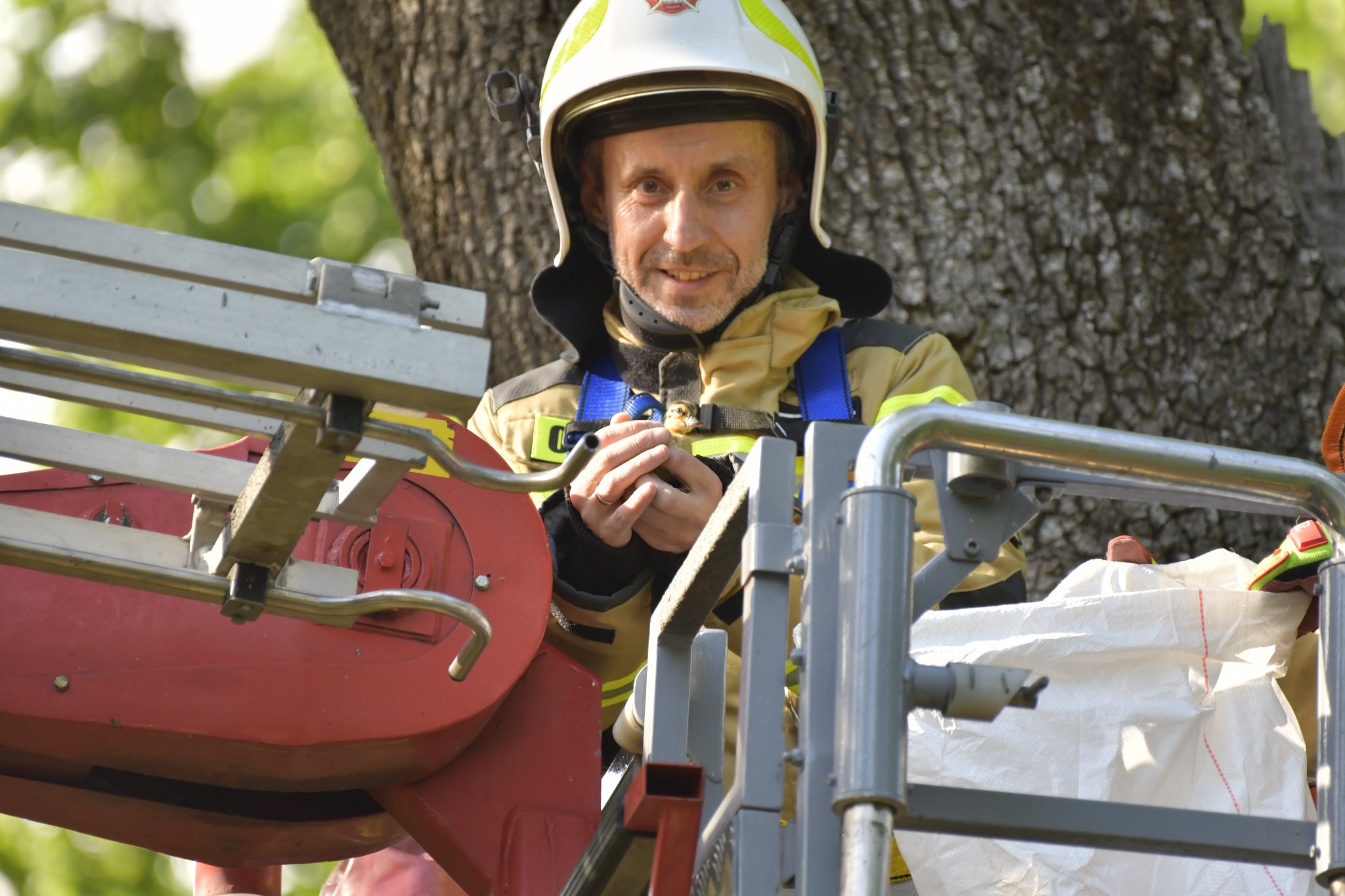 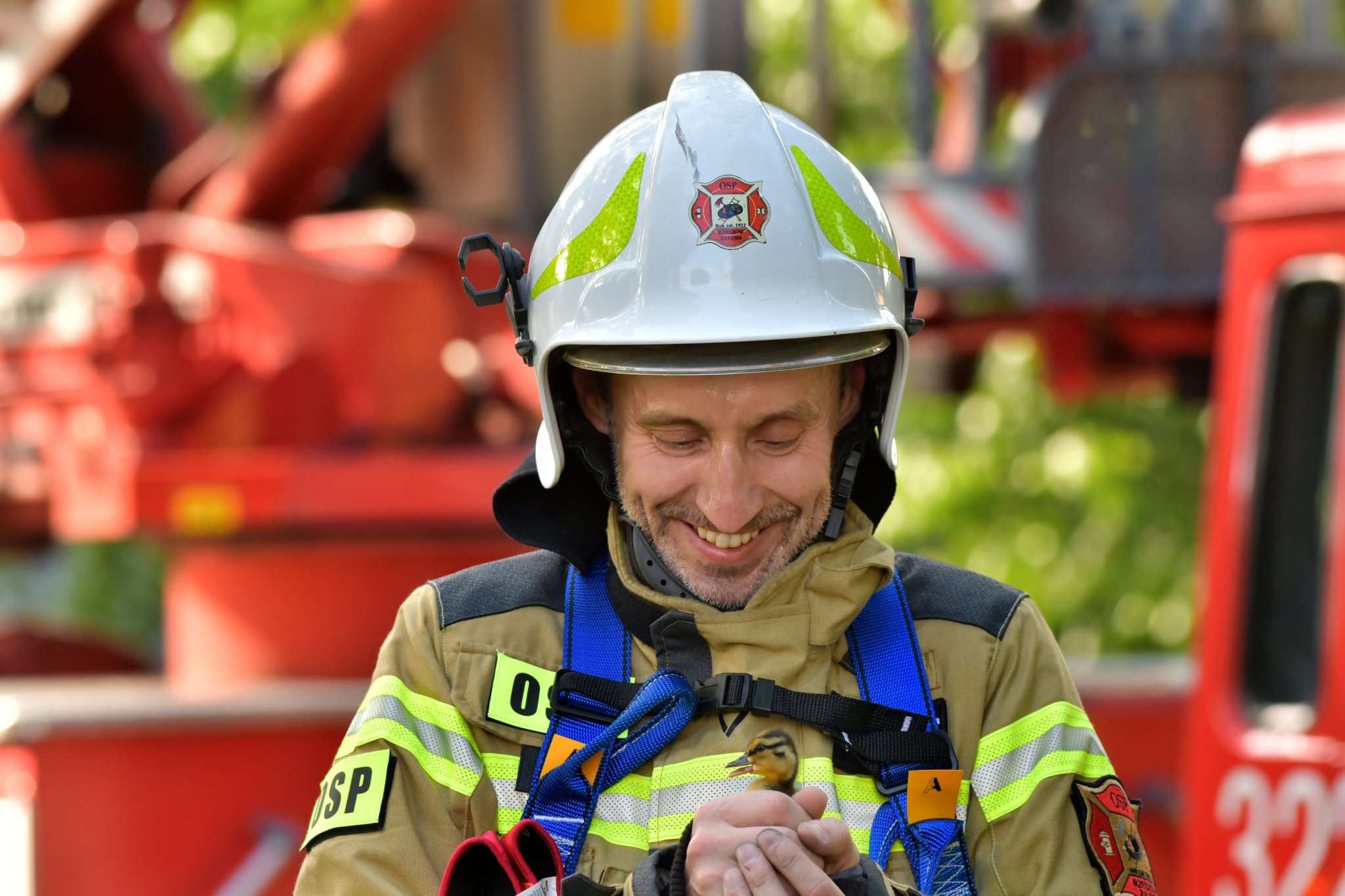 When the fire brigade arrived they were able to rescue the remaining five ducklings stuck in the tree.Uniwersytet Rzeszowski/Facebook

“Unfortunately, the remaining chicks were too afraid of jumping out of such a high hollow.

“After some time, the female duck took the only chick that joined her and went with him to the nearby Matysówka stream.”

After attempting to reach the remaining five ducklings by ladder, the ornithologists called the fire brigade for help. 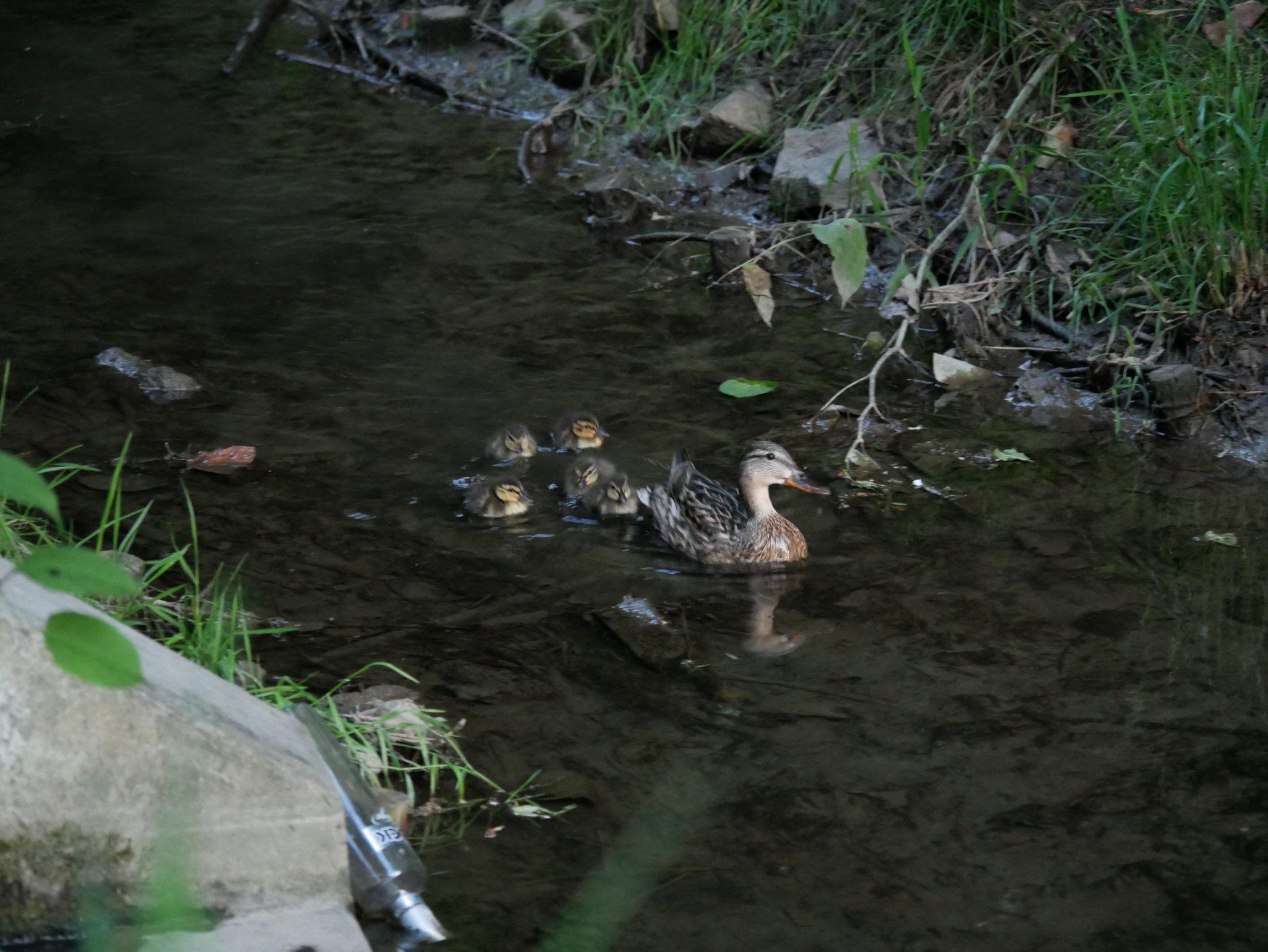 ‘Quacky ever after’: The duck family were happily reunited the next day.Uniwersytet Rzeszowski/Facebook

But after managing to bring them to safety, the helpers were then unable to find the mother duck.

The university said: “ As the evening came and it was impossible to locate the mother of the ducklings, Dr. Natalia Tańska was taking care of them until the next day.

“The little ones were fed and placed in a makeshift pool with lukewarm water, and then spent the night in a cardboard box. 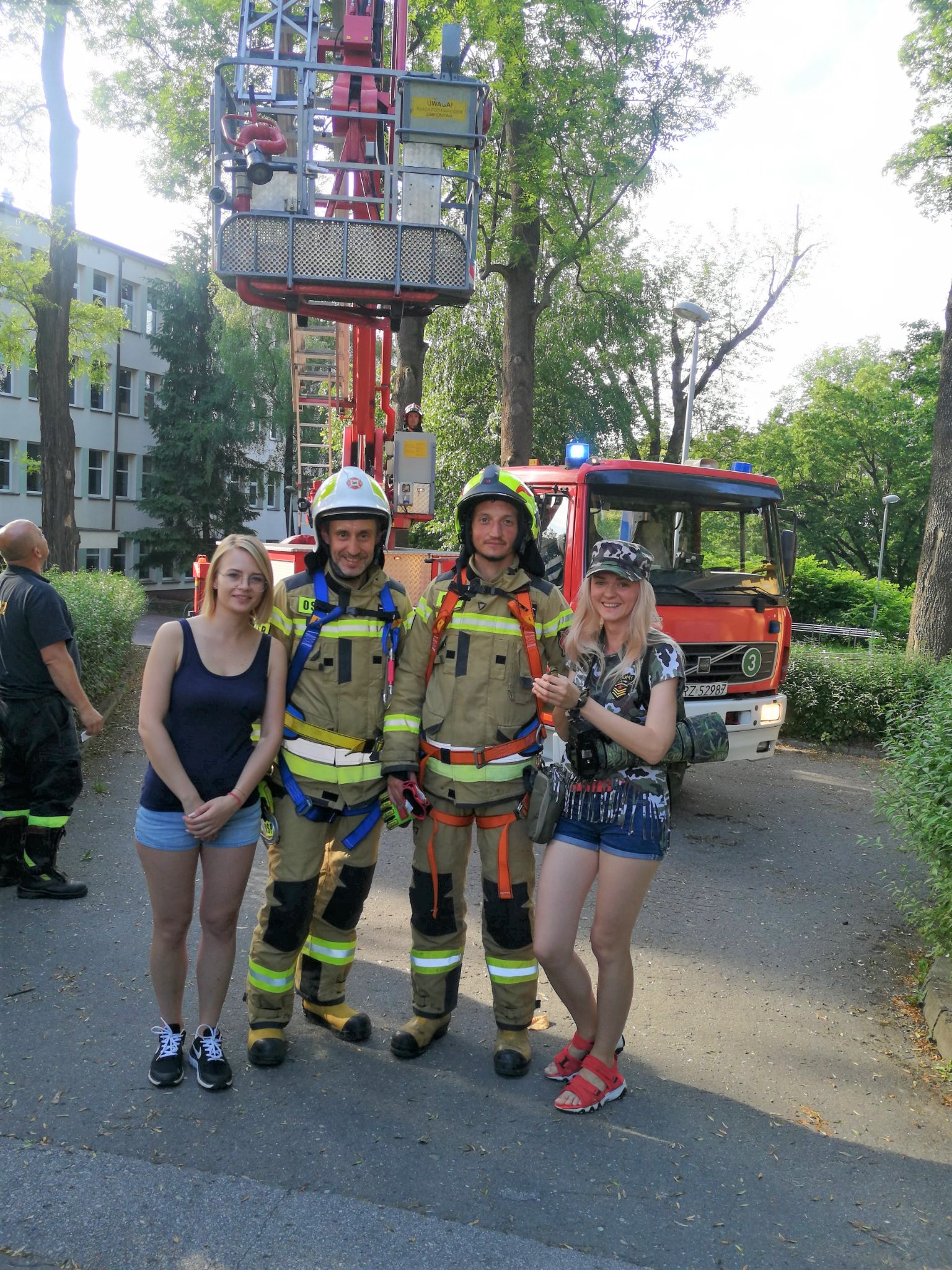 The duck rescuers have now been hailed as heroes.Uniwersytet Rzeszowski/Facebook

“From the morning of the next day, the search for a duckling mother continued, so that the rescued chicks would join her.

“In the afternoon, the female was located and reunited with her ducklings, which she immediately took care of.”

The rescuers have now been flooded with applause on social media with fans calling them heroes.