Drones take to the skies in frontline battle against air pollution

Drones are being deployed across the skies of Poland to help fight air pollution.

With the cold weather beginning to set in and heating systems turning on, air quality in major Polish cities is quickly getting worse.

To combat it, City Guards in Warsaw, Katowice, Zakopane, Toruń, Szczecin, Bytom and other cities are turning high-tech.

After trials last season, the drones equipped with special sensors are up and flying, checking chimneys and vents for the chemical residue of substances forbidden to be used as fuel.

A drone operator receives the result of the analysis in seconds, points the guards to the source where they can then intervene, with home owners caught burning garbage, lacquered wood or other objects that emit harmful substances facing fines of up to 500 PLN (120 EUR). 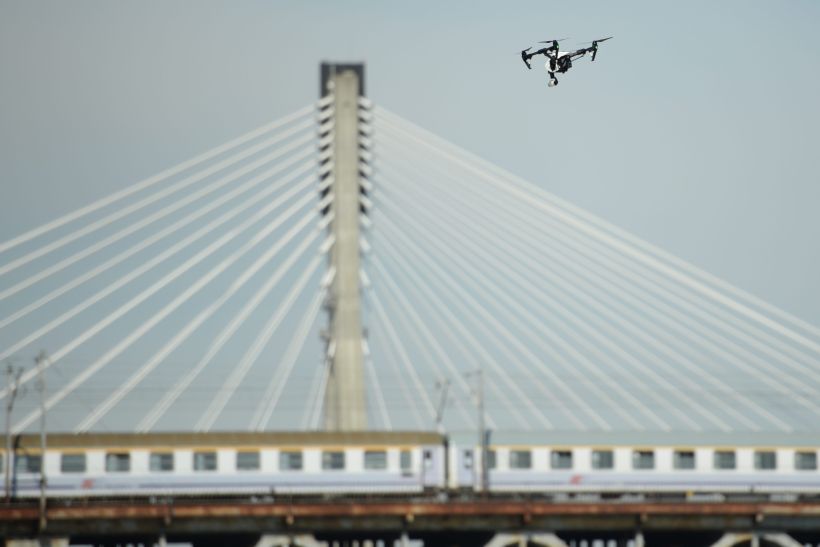 City Guard drones, with a top speed of 55km/h, will soon became an everyday feature of the Warsaw skyline.Jacek Turczyk/PAP

“We will track down and punish polluters. However the City Guard puts special emphasis on prevention.

“This why this year, like before, guards will provide instructions and give out leaflets on the regulations related to using furnaces.”

Drones are not the only weapons in the City Guard’s arsenal.

Both Warsaw and Kraków are equipped with mobile laboratories – cars with a set of sensors which enable detailed analysis of air quality in different areas.

Leszek Kowalski, Warsaw City Guard’s head of environmental control department recalled a case when only the tests revealed the truth: “Some situations are outright bizarre. We got a call - residents were complaining about the choking smoke coming from their neighbour's chimney.

“At first glance everything seemed fine: there was coal next to the furnace, wood nicely arranged next to the fireplace. When we looked inside the furnace we saw a metal handle.

“The owner denied everything. He confessed only when we took samples of ash for analysis. It turned out he had several old wooden window frames and lacquered doors in the garage, ready to be burned.”

The fight against air pollution is crucial, with a World Health Organisation’s report showing that 36 of the most polluted places in Europe are in Poland.

The city drones are now in the front line towards finding the sources of pollution.