Done and dusted: Poland and US sign gas deal

The agreement, signed during US Secretary of Energy Rick Perry’s visit to Warsaw this week, will help Poland reduce its dependence on gas from Russia.

Poland imports more than half of the gas it consumes from Russia. Yet with its contract with Russia’s Gazprom due to expire in 2022, the country wants to diversify its gas supply routes, which would bolster its energy security.

One of the alternatives to Russian gas is gas from America, delivered in liquefied form. Last month, PGNiG finalised a deal to buy LNG from another US company, Venture Global LNG.

The new contract, with Cheniere Marketing International, was signed on 8 November during Perry’s visit to Warsaw, his first stop on a trip to Central and Eastern Europe, where he is seeking new markets for American commodities.

“This is a signal across Europe that this is how your energy security can be developed, the security of your country, the diversity of supply,” he said at a joint press conference with PGNiG.

Poland’s President Andrzej Duda, Minister of Energy Krzysztof Tchorzewski and US Ambassador Georgette Mosbacher were also present at the signing of the contract. 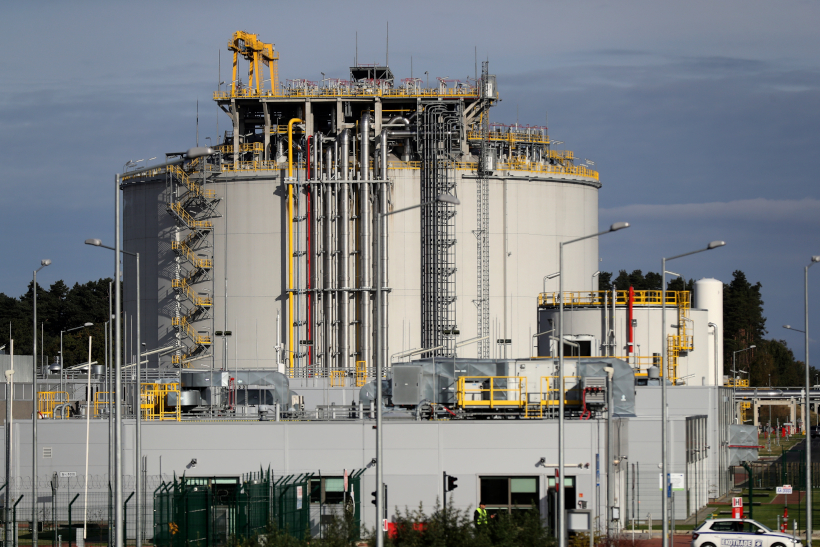 Cheniere Marketing International will deliver the gas to the LNG terminal in Świnoujście, on Poland’s Baltic coast.Marcin Bielecki/PAP

“Looking at this, I can boldly say: this is really a true transatlantic partnership,” said Duda.

Cheniere Marketing International will deliver the gas to the LNG terminal in Świnoujście, on Poland’s Baltic coast.

The day concluded with the signing of a US-Poland Joint Declaration of Energy Security, signed by the US Department of Energy and its Polish counterpart.

While some countries “use energy as a means of political and economic coercion”, the US and Poland both believe that “energy should never be used as a weapon”, it notes.

In this broader energy security context, the document affirms the two countries’ intention to cooperate on a range of energy topics, from civil nuclear energy to natural gas, including LNG, and from energy efficiency to fuel storage.