Bloodstains splattered across the stairwell of an old apartment block could belong to insurgents fighting against Hitler’s forces during the Warsaw Uprising 75 years ago, says a local historian.

Marta Smolańska from the Institute of National Remembrance (an organisation set up to investigate Nazi Germany’s crimes against Poland) posted grisly photos of the stains in a residential block in the Polish capital Warsaw onto social media.

In a tweet, the historian wrote: “Traces of blood of the Warsaw Insurgents, ul. Oleandrów 3. From the ground floor to the 3rd floor.” 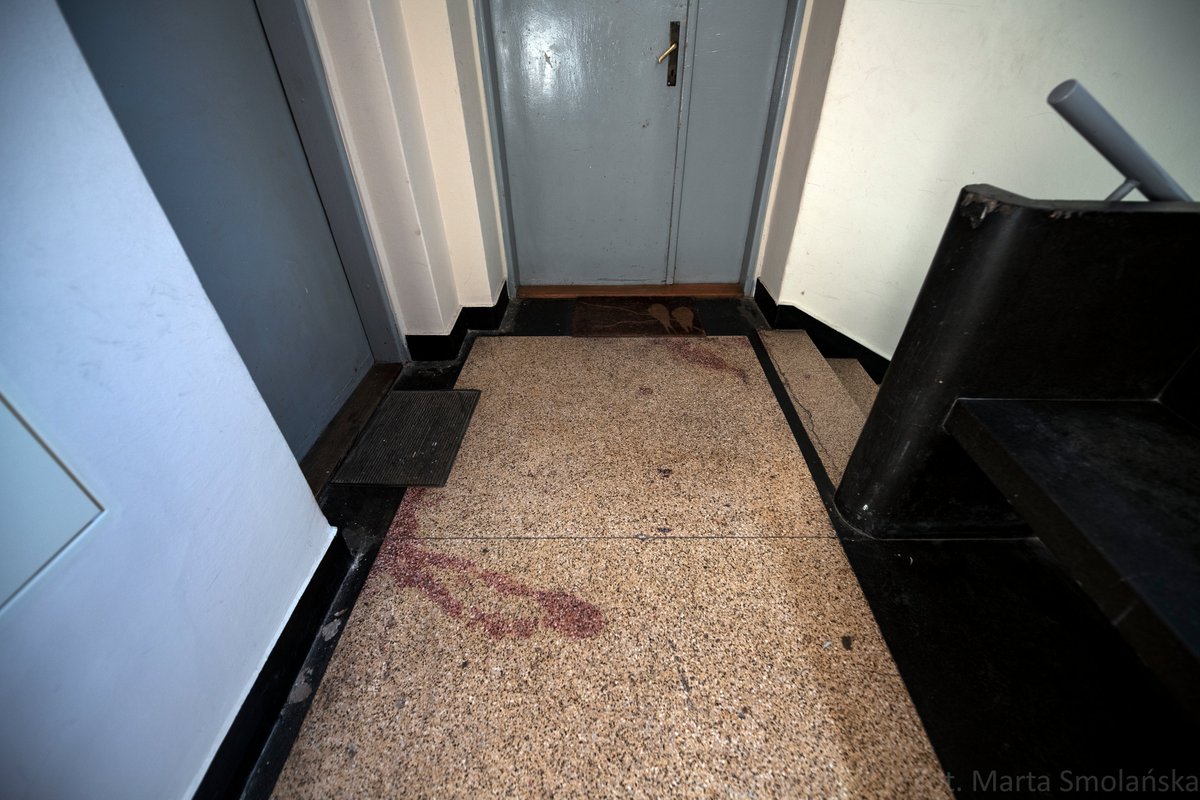 For those who live in the buildings and many others in the city, the explanation for these stains is obvious – they are the blood of the heroic insurgents of the Warsaw Uprising who fell in battle fighting to liberate Warsaw from the barbaric German occupants.

It is known that heavy fighting took place between the Home Army and the Germans in August and September 1944 in the buildings where the stains have been found and that many of the bodies of Polish soldiers who died in battle were left to lie in the spot where they fell, sometimes for up to several months. 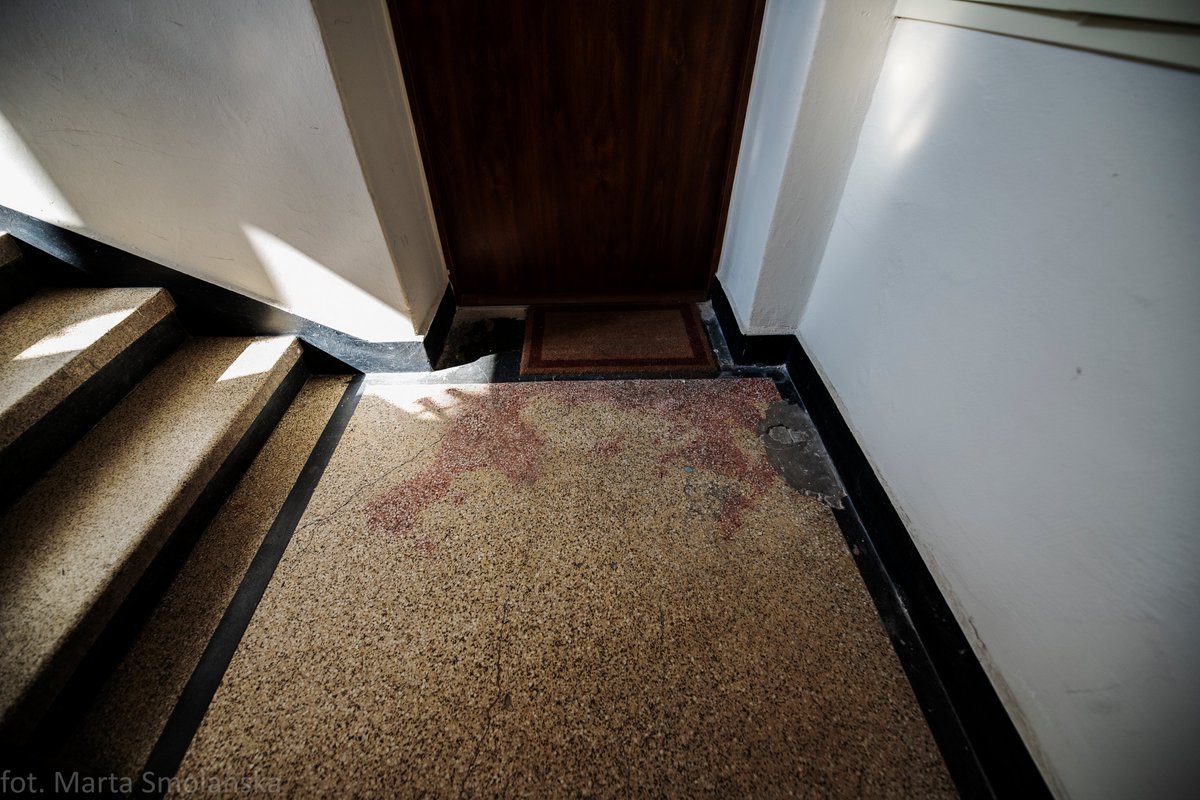 Some of the stains appear outside people’s front doors in the district which saw heavy fighting during the war.Marta Smolańska/Twitter

For these reasons, the stains are widely held among local people to be blood of fallen heroes.

Certain elements in blood can react with marble and other stone when they have been in contact for a long time causing a chemical reaction that leaves the appearance of the stone altered and can never be cleaned off.

But despite the apparent certainty, most of the stains have never been tested to see if they were in fact made by blood. 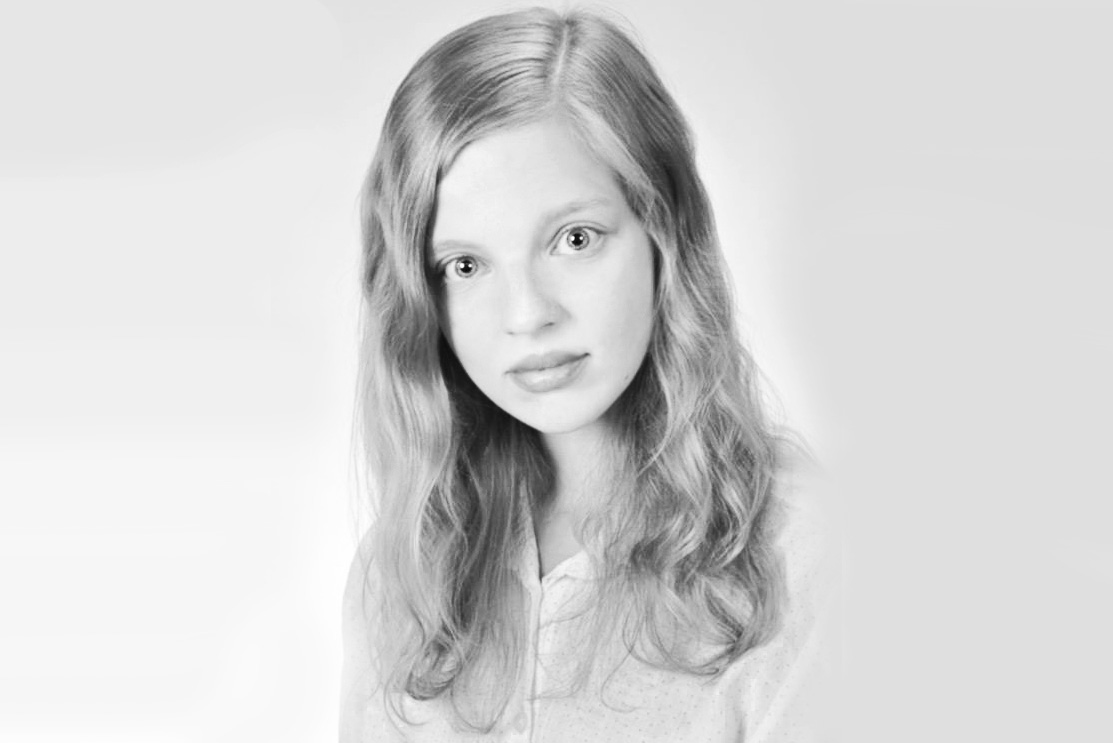 Smolańska works for the Institute of National Remembrance which investigates Soviet and Nazi German crimes carried out during and after the war.ipn.gov.pl

That is until now. Since last year, the Warsaw Rising Museum has been cataloguing their locations and carrying out research into their origin. However, it is no easy process.

Andrzej Zawistowski, head of the history department at the museum, told TFN: “In theory the stains could have a variety of causes. For example, a metal object that started to rust could leave a very similar mark.

“Therefore as the Rising Museum we have to be very careful before saying for certain that these stains were caused by blood.” 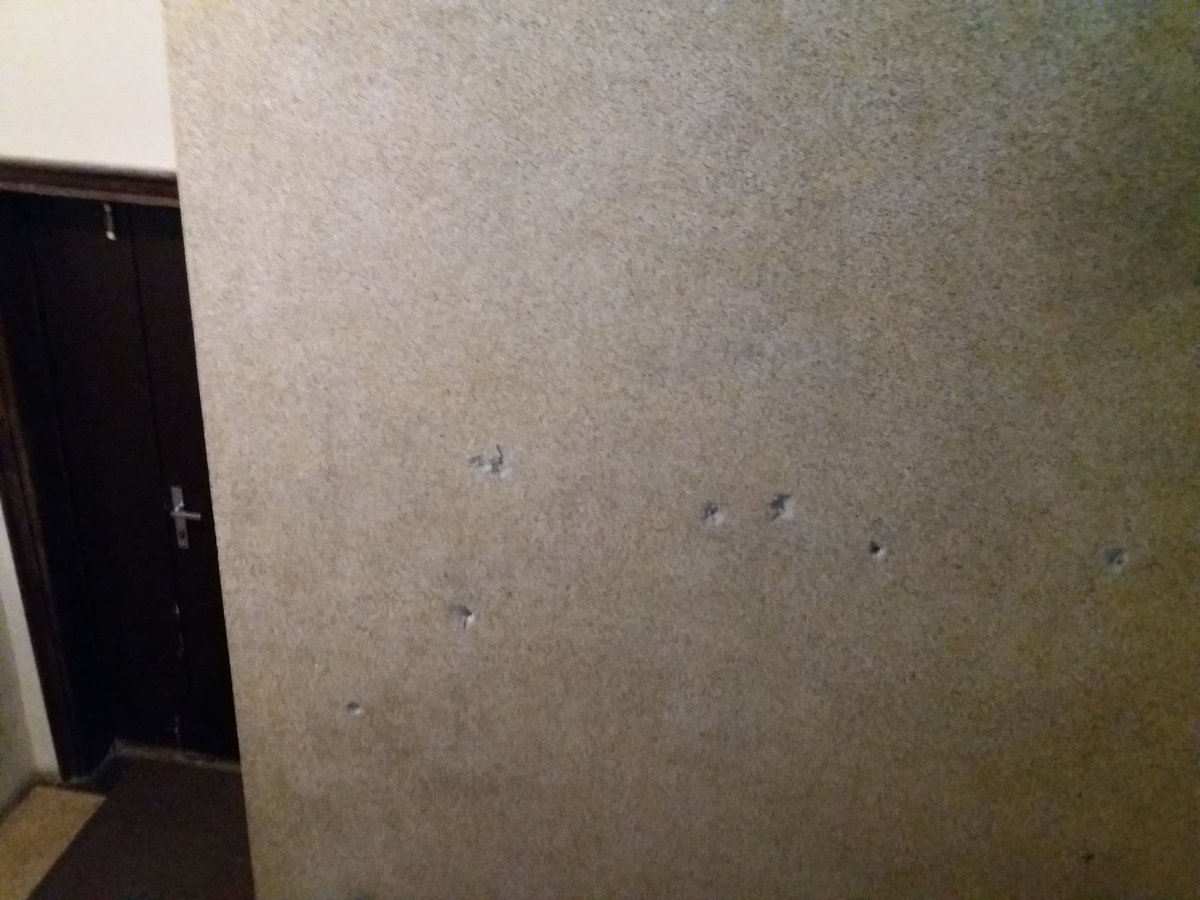 Other signs of WWII fighting in the building are bullet holes strewn across walls.Muzeum Powstania Warszawskiego/Twitter

The research, which is still under way, is taking place in three stages. The first was to gather a list of all the places in Warsaw where the stains exist. Then historians from the museum checked their archives to make sure that fighting actually took place at the addresses in question.

The third stage was to take samples and send them to an external laboratory for special tests that can reveal for sure whether or not they were caused by blood. 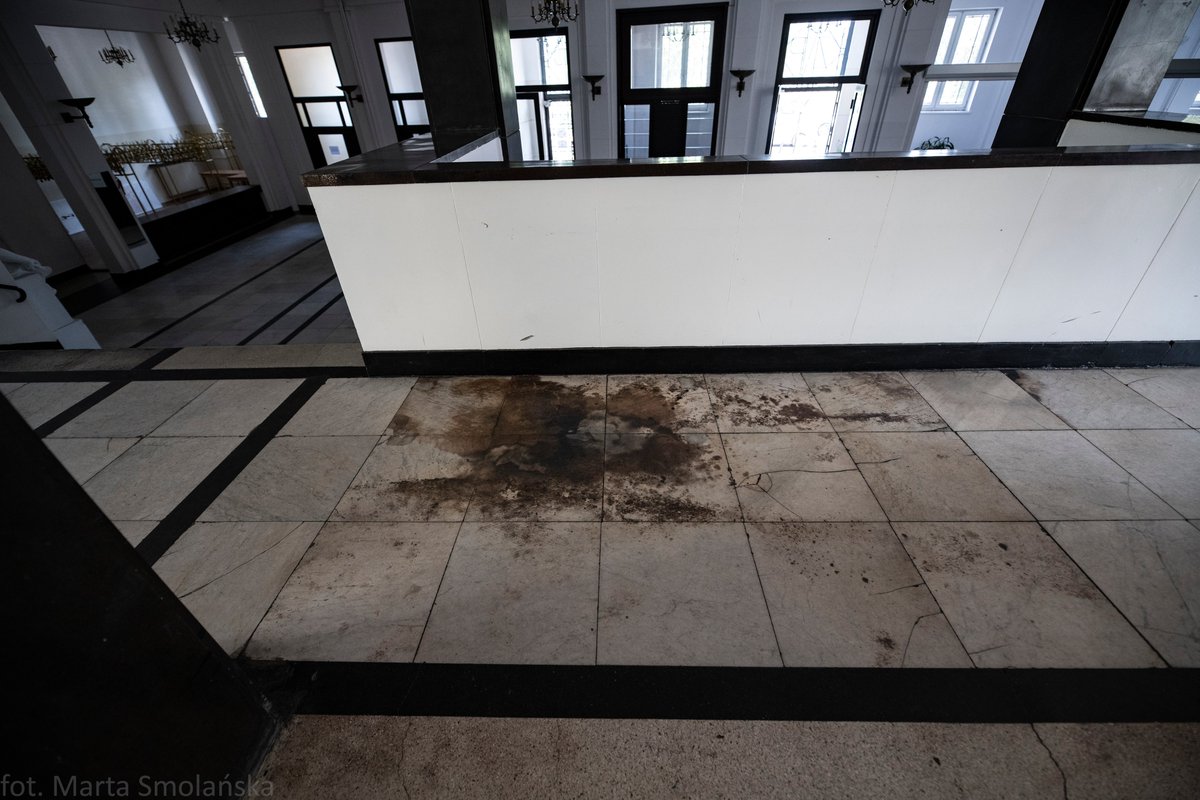 In another photo posted on Twitter, Smolańska says: “Please take a look. It's a human figure imprinted on the floor with blood. Head, body, arms and legs.”Marta Smolańska/Twitter

The final stage of assigning a blood stain to a specific person is the most difficult. “We would have to get a trace of DNA from the blood, then find material to compare it to. So we would need to have a good idea which person we were looking for. This is very difficult,” Zawistowski said.

As an example of the difficulty of obtaining positive test results, Zawistowski mentioned the Radium Institute in Ochota, which on 5 and 6 August 1944 suffered an appalling massacre of its staff and patients at the hands of the collaborationist Russian Peoples’ Liberation Army, which assisted the Germans in its annihilation of the city.

Zawistowski continued: “We have testimony that bodies lay there for two months on the corridors and in the rooms of that building and we found huge stains on the ground floor. 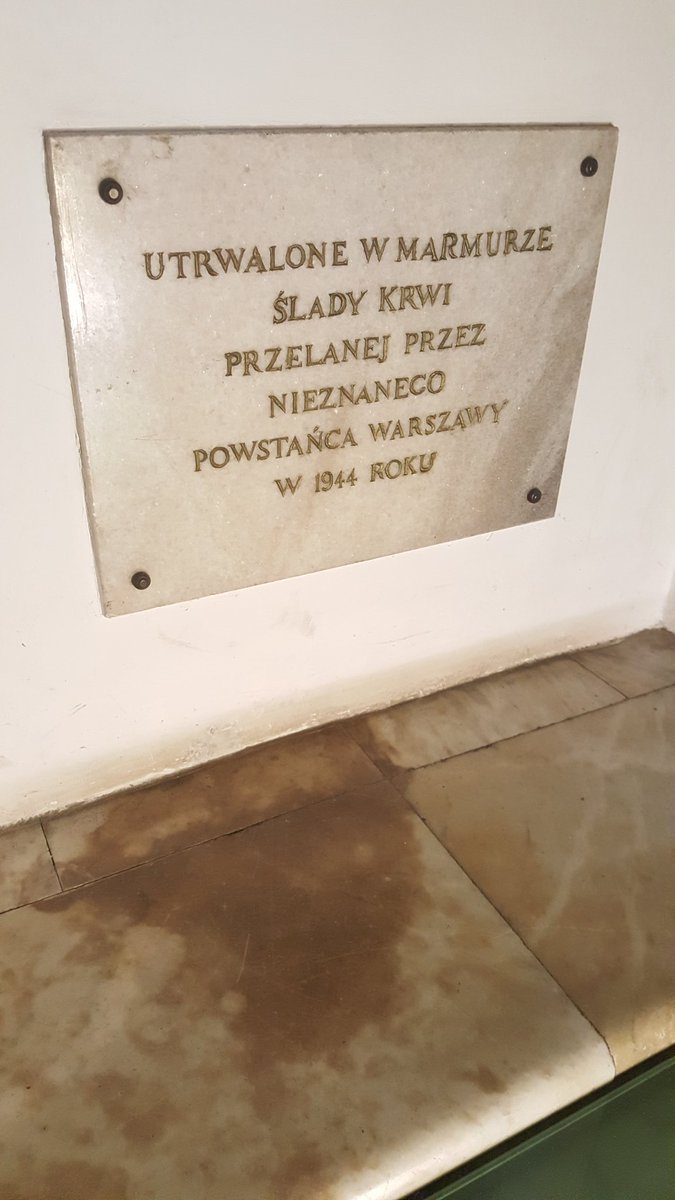 In a villa behind Warsaw’s National Museum, stains found there have been proved to be the blood of an unknown insurgent who died defending the building.Jarosław Rybak/Twitter

“We carried out tests by taking samples, which took several months. However, unfortunately, the tests results were not positive. Because it was a hospital after the war and the floor was cleaned twice a day for a long time, it cannot be stated with 100% certainty that the stains are blood.”

However, in some cases, test results have been positive. In the villa that currently houses the Earth Museum on ul. Na Skarpie behind the National Museum, stains found there have been proved to be the blood of an unknown insurgent who died defending the building. 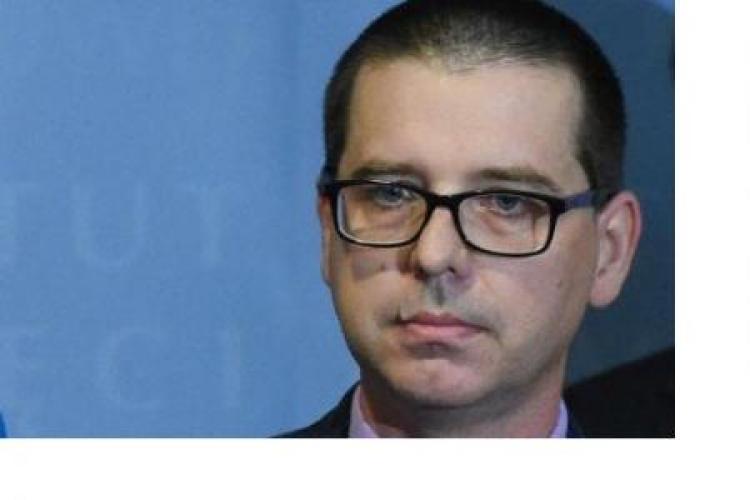 Andrzej Zawistowski from the Rising Museum in Warsaw told TFN: “We have to be very careful before saying for certain that these stains were caused by blood.”Radek Pietruszka/PAP

A trail of the soldier’s blood on marble stairs can be seen running all the way from a basement window, which was most likely the soldier’s firing position, to the upper ground floor, marking out precisely the soldier’s evacuation route after being shot.

The site is the only one in Warsaw so far to be commemorated with a plaque, and it also has been protected with a transparent cover.

The results of the Rising Museum’s tests into the stains in other sites are likely to be known later in the autumn.

Tram-endous! Warsaw’s forgotten tramlines are the gem of a bygone era