Divers find grisly Mayan blade used for SACRIFICE along with over half a thousand relics in ancient lake, including those to the God of Rain, Chaak

An archaeology team of PhD divers from Poland has discovered sacrificial and ritualistic Mayan remains in an underwater resting place in lake Petén Itzá, Guatemala.

Beginning in August last year, the results of the Guatemalan leg of the expedition have only just been released now.

Located on what is known today as Flores Island, Nojpeten was the last Mayan city to fall against Spanish invaders in the 17th century. The citizens of the ancient city resisted European conquerors for around 200 years.

Lead archaeologist Magdalena Krzemień from Jagiellonian University in Kraków told the Polish Press Agency (PAP): "In addition to the ancient Mayan capital, we have discovered more than half a thousand relics, including objects sunk during religious rituals." 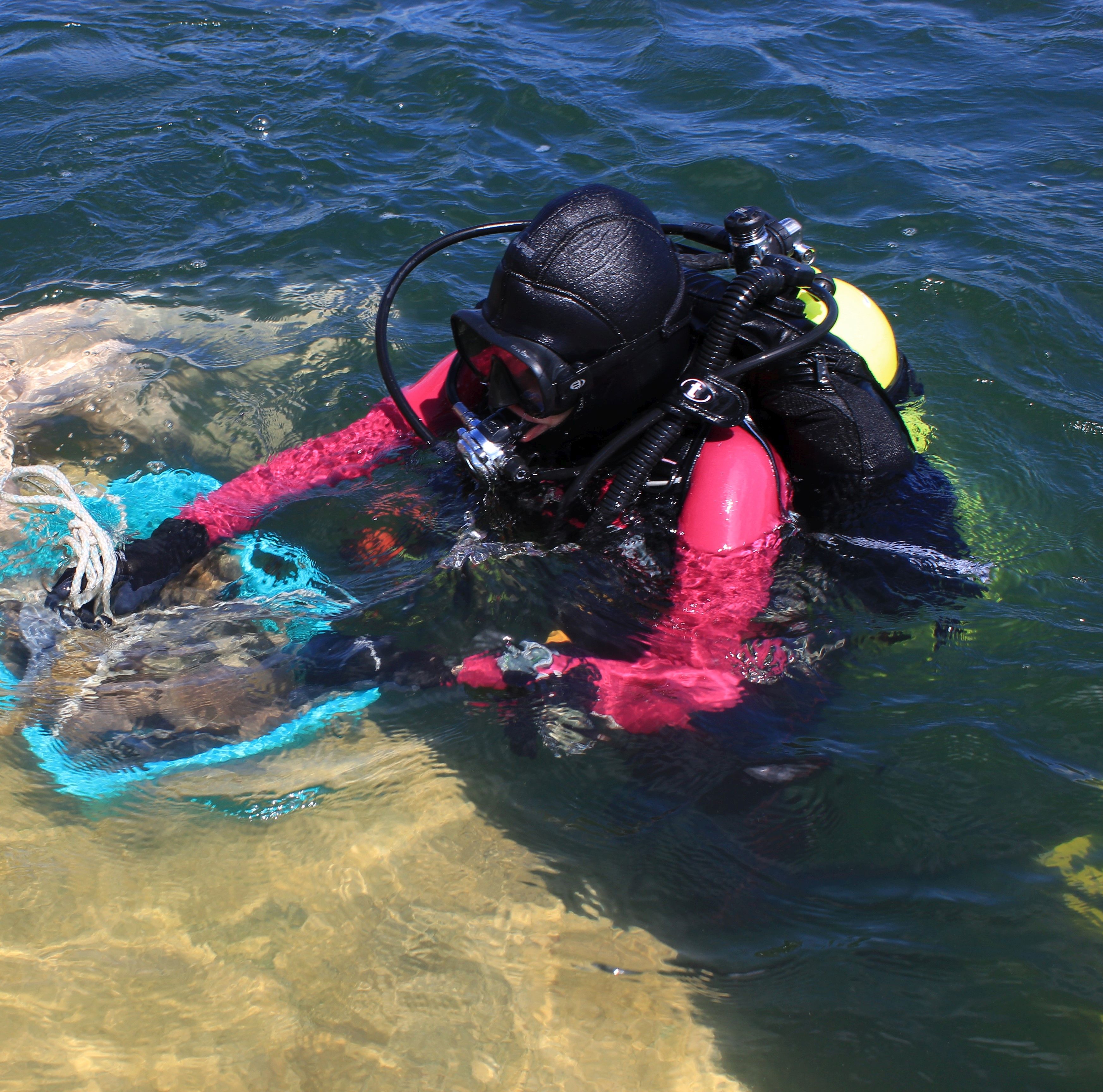 Water had a special symbolic meaning for the Mayan people, as they believed it was the medium through which the dead journeyed to the underworld.Mateusz Popek

Originally, the PhD students journeyed to Guatemala to find the remains of the ‘great battle’ that resulted in the fall of the last Mayan city in 1697 when Spanish ships began to surround the island, from which the Mayans were attacked with firearms.

Instead, archaeologists found much older historical remains; fragments of skull-shaped incense burners, sacrificial glass blades, ritual bowls, and musical instrument shells from the Caribbean all dating back from 150 BC - 250 AD to 600 - 800 AD.

According to the archaeologists from Jagiellonian University in Kraków, Nicolaus Copernicus University in Toruń and Warsaw University, the lake bed was littered with these ancient ceremonial relics.

One such discovery found three bowls stacked on top of one another, within which  were fragments of burned wood and obsidian - a glassy volcanic rock. 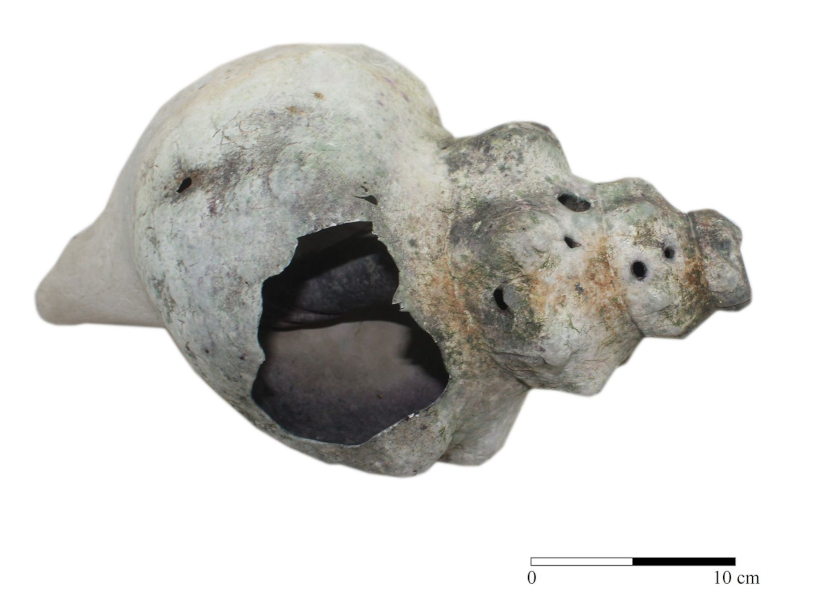 The group were hoping to find evidence of the ‘great battle’ between the Mayans and their Spanish conquerors. However these relics are around 1000 years older. Mateusz Popek

In one of the ‘stacks’, archaeologists found an obsidian blade measuring almost 20 cm. "It’s presence must be clearly associated with ritual and sacrifice," emphasized Krzemień.

The underwater archaeologists believe that during their rituals, the Mayans would assemble the small monuments and drop them into the lake. Divers found many of these two thousand-year-old relics intact, presenting a conundrum for the PhD students.

"The riddle is how the Mayans sacrificed it so that the dishes did not fall apart when they hit the lake bed. We suppose that they were lowered to the bottom in some kind of net," says underwater archaeologist Mateusz Popek from the Institute of Archaeology, UMK. 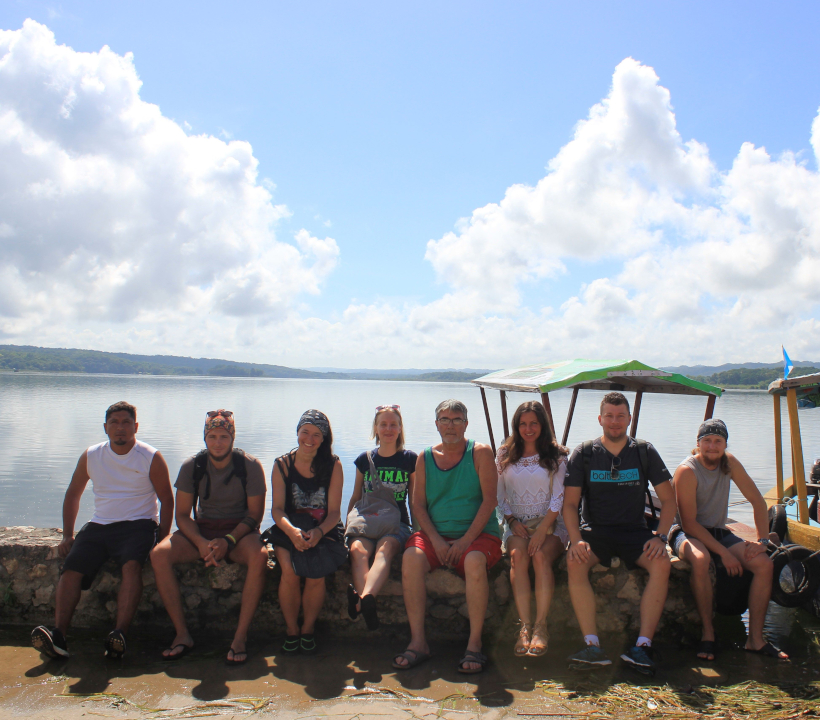 The drivers are excited at their discoveries and believe there are more treasures waiting to be discovered deeper in the lake bed. Mateusz Popek

Popek explains that lakes were an important site for the Maya's holy worship. Water had a special symbolic meaning for the Mayan people, as they believed it was the medium through which the dead journeyed to the underworld.

The Mayans also believed that water portals were related to Chaak - the God of Rain, who represents fertility. "That is why a large number of various kinds of sacrificial gifts went to water reservoirs over the centuries," adds Krzemień.

Sponsored by Sebastian Lambert and Iga Snopek, the diving archaeologists are hoping to find some historical whisper of the last great battle and have decided to keep digging for evidence.

Popek emphasizes that all the discoveries were located just on the surface of the ancient lake bed.

"If we discovered so many objects on the surface, then probably at the time of the excavations we would have encountered even more of them. Therefore, we plan to continue our research," said Krzemień.