Digging up the past: building work throws up fascinating remnants of Poznań’s history

Ongoing efforts to revitalize Poznań’s Rynek Lazarski have unearthed a series of sensational archaeological finds that have given a unique glimpse into the lives of the city’s former habitants.

The historic square is the subject of an extensive PLN-42 million investment project overseen by Skanska, but the real estate giant has allowed the site to be accessed by two locally-based archaeological groups, Gniazdo and Perkun, thereby enabling the discovery of a rich haul of historical artefacts that have ranged from toy lead soldiers and coins to, even, an entire air raid shelter constructed during the war. 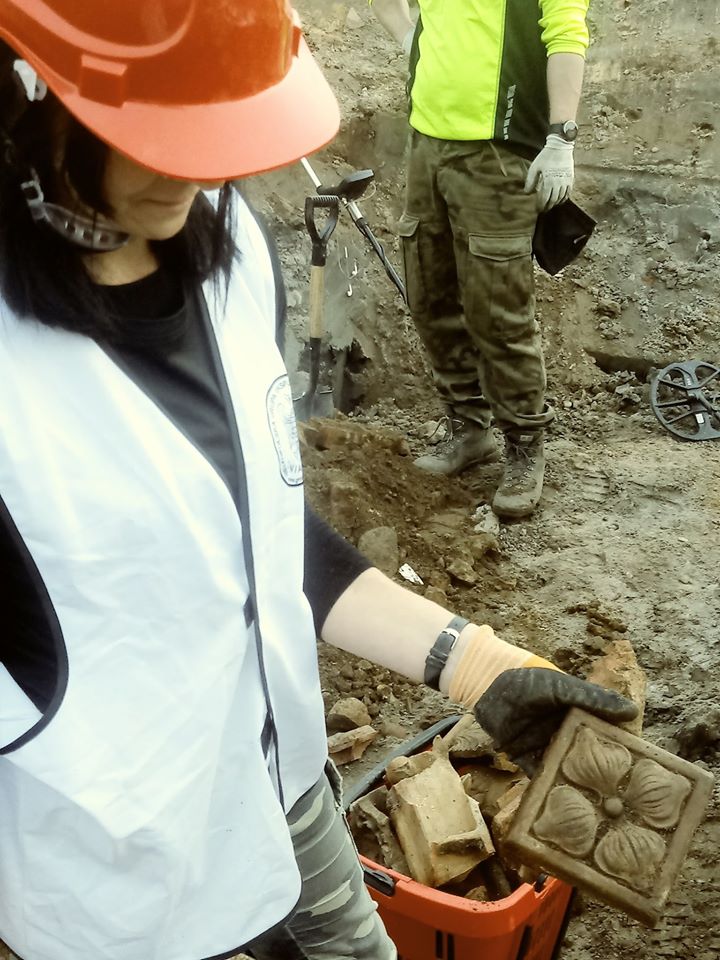 So far the dig has thrown up some fascinating items.WGEH Gniazdo

Totalling some 80 metres in length, the latter was accidentally uncovered in mid-April after an excavator hit upon the entrance. Accommodating between 150 and 200 people, such was the generally pristine nature of its condition that even original paintwork – such as horizontal red stripes designed to guide people in the darkness – have survived.

According to some historians, the city could be hiding as many as 130 other such shelters dating from the war.

However, whilst this has been the largest discovery to be made since works began in February, other historical treasures have continued to be unearthed to reveal the daily habits of past generations of Poznanians.

Having remained unpaved until the 1960s, the dig has confirmed the previous presence of a meadow. Heightened over the centuries by around 1.8 meters of sand, soil and other assorted material, this allowed the ground underfoot to become such a rich source of discarded items. 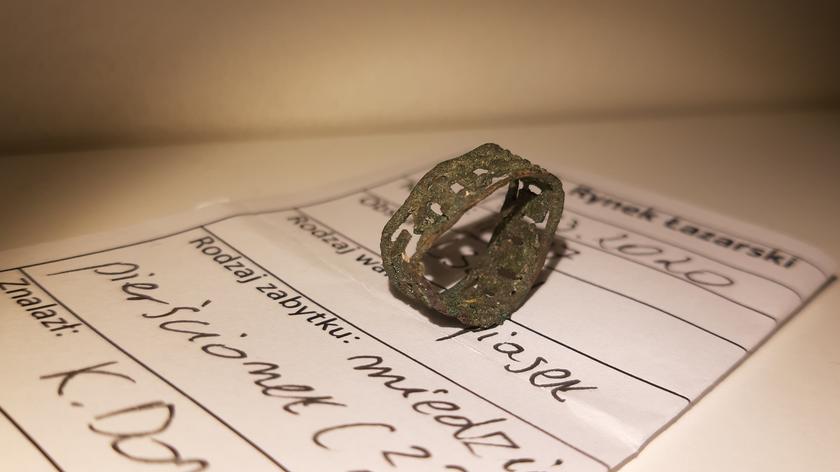 So far, hundreds of objects have been found, in the process thrilling those working on the project.WGEH Gniazdo

These have included 17th and 18th century coins from Poland’s Second Republic and the Kingdom of Prussia, as well as military insignia, decorative broaches and jewellery, not to mention 20th century bottles of cologne, children’s crockery sets, Art Nouveau furnace tiles and card game chips embossed with the face of Kaiser Wilhelm.

Of the revelations, a closer understanding of what locals were eating and drinking has also emerged. 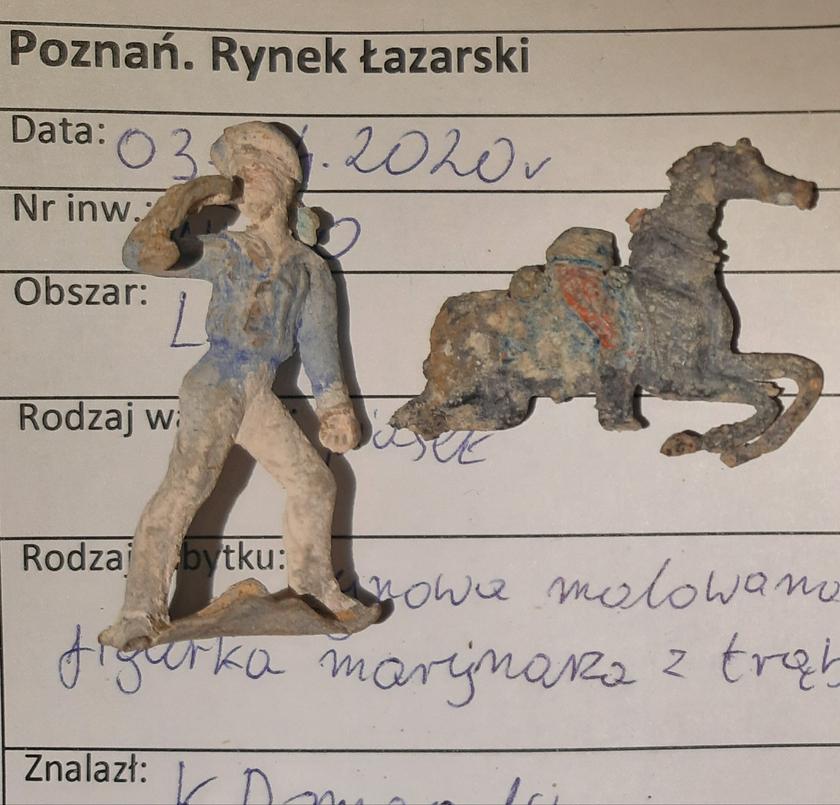 Historical artefacts ranging from toy lead soldiers and coins to, even, an entire air raid shelter constructed during the war have been dug up.WGEH Gniazdo

“We’ve found a lot of lead seals that were used to seal sacks with goods,” says Aleksander Przybylski, a journalist and one of the active leaders of the dig. “Thanks to them, we know that the inhabitants of Łazarz could buy roasted coffee from Wrocław, flour from Toruń or salt from Inowrocław on their local market square.”

Additionally, goods arrived from all across the Prussian Empire, among them salt from Schoenebeck and flour from Hamburg. But perhaps most curiously of all, the sheer number of oyster shells thought to date from the turn of the 18th and 19th centuries have revealed the enduring popularity of this delicacy.

“Even back then fresh oysters were reaching Poznań where they were served in various restaurant options,” says Przybylski. “Costing around 1.5 marks for a dozen, they weren’t expensive back in those days.”

Each item is examined and then recorded in an inventory, and will most likely be handed over to the Archaeological Museum.WGEH Gniazdo

The local fondness for beer has also been affirmed by the preponderance of bottles and porcelain caps from such producers as the local Oscar Stiller brewery that once operated on what is now nearby Głogowska Street.

So far, hundreds of objects have been found, in the process thrilling those working on the project.

“It’s a great feeling for enthusiasts to be able to participate in exploration work in such a place,” says Krzysztof Woźny, a member of the Gniazdo group. “We’ve discovered the history of the area, and the objects we’ve found have shown how the market developed in the past. It’s a great feeling that’s often accompanied by powerful emotions.” 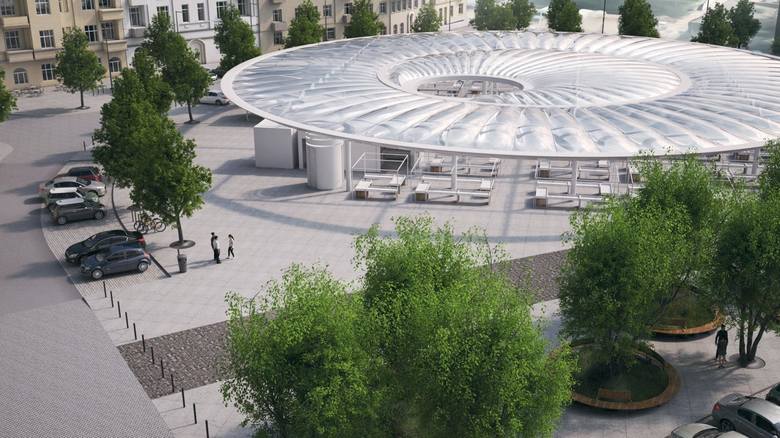 How the rynek will look once the renovation is completed.ZDM Poznan

With each item first examined and then recorded in an inventory, most will likely be handed over to the Archaeological Museum.

“Once the pandemic allows,” says Przybylski, “maybe we’ll be able to present an exhibition with them showcasing the most fascinating finds.”

Long the site of a market place, Rynek Lazarski, meanwhile, will retain this function once work is completed next year. Complimented by the addition of newly-planted greenery, landscaped gardens and granite features, its crowning point shall be a covered circular market area as well as plentiful space for café terraces and recreational areas.

Poland accepts over 5.39 mln refugees since war in Ukraine started