Suspects in the death of General Sikorski include double agent Kim Philby and even British PM Winston Churchill.

Poles today mark the 75th anniversary of the death of General Władysław Sikorski, the country’s wartime leader whose death in the waters off Gibraltar in 1943 still fuels conspiracy theories to this day.

The focus of ceremonies commemorating the death were in Tuszów Narodowy, the small town in eastern Poland where Sikorski was born in 1881.

Defence Minister Mariusz Błaszczak described the late general as “one of the heroes or our country” while in a formal letter marking the anniversary Andrzej Duda, the Polish president, wrote: “The loss Poland suffered as the result of the tragic death of General Sikorski was huge and irretrievable.”

Sikorski died when his RAF Liberator bomber crashed into the sea, shortly after taking off from Gibraltar. The general, who was Poland’s prime minister and commander in chief at the time, was returning to the UK after reviewing Polish forces serving in the Middle East. 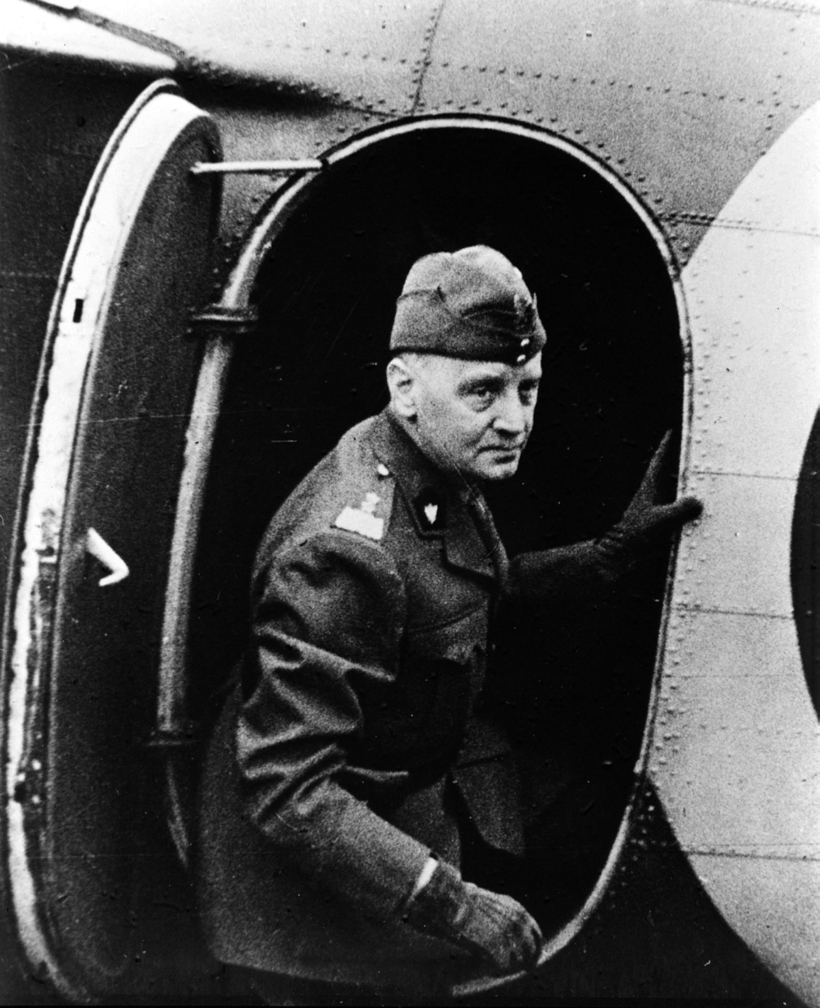 Władysław Sikorski (1881-1943), Polish military and political leader
(PAP)Although one of the plane’s pilots—the only survivor of the incident—claimed that the controls had jammed many Poles believed, and some still believe, that the general was the victim of an assassination, and just who may have wanted him dead is a source of rich controversy and speculation.

Some point the finger at Churchill, arguing that the British leader wanted Sikorski out of the way because he was an obstacle to good relations with Moscow. Others blame Stalin, a man perfectly at ease with having his political rivals killed. Those believing Moscow was behind it point out that there was a Soviet plane on Gibraltar at the time of Sikorski’s death, and that Kim Philby, later exposed as Soviet double agent, was head of the British Secret Intelligence Service’s Iberian counter-intelligence desk when the plane went down.

Another twist on the conspiracy theories is that it was fellow Poles, unhappy with Sikorski’s apparent willingness to co-operate with the Soviets despite the discovery of the bodies of thousands of Polish officers killed in the Katyń Forest massacres, who had Sikorski killed.

The power of the conspiracy theories and the mystery surrounding Sikorski’s death led in 2009 to his body being exhumed as part of an investigation initiated by Poland’s Institute of National Remembrance, a body charged with investigating wartime and communist-era crimes.

The subsequent post-mortem found the general had died from injuries consistent with those caused by a transport accident or a fall from a great height. There were no indications he had been shot or strangled, and there is still no hard evidence indicating that the Sikorski was murdered.

Even though President Duda made no direct comment in his letter on the conspiracy theories that still orbit Sikorski’s death, he did say that the general’s death made the decisions taken at the Tehran conference by Poland’s allies “easier”.

‘I survived but am haunted by the memories’: Warsaw Uprising survivor talks exclusively to TFN