A day of national mourning has been declared for Sunday after a methane explosion killed 13 miners, including 12 Poles, at a mine in Karvina, Czech Republic, on Thursday evening.

Prime Minister Mateusz Morawiecki visited the site of the mining accident on Friday morning later going to a hospital in Ostrava where he met miners injured in the blast including a Polish miner reported to be in very serious condition with extensive burns.

The PM said: "Of course I will take care of all the families of the victims and of all of those who survived."

Earlier on Friday he wrote on Twitter that he sends his deepest sympathies to all the relatives of the victims, adding that it is a huge tragedy for all Poles and Czechs.

He appealed to all to "show especially strong solidarity and a sense of national community" on this difficult day.

The Polish president also reacted to the tragedy. "May God take care of the Families of the Miners, RIP," Andrzej Duda wrote on Twitter on Friday morning. 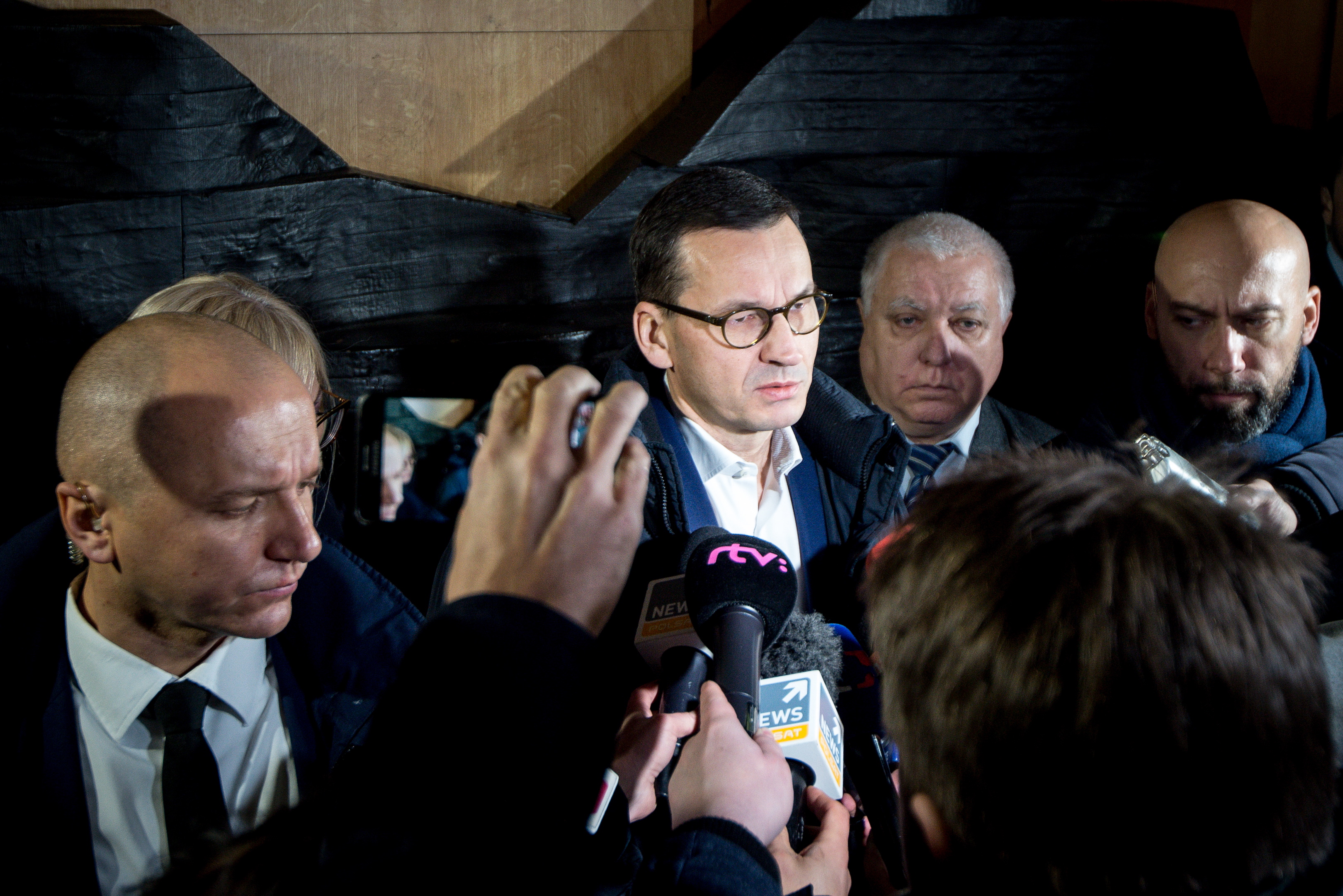 The PM told reporters: “Of course I will take care of all the families of the victims and of all of those who survived.PAP/EPA

The speaker of the Sejm (lower house), Marek Kuchciński, tweeted that he shares the pain of the victims' relatives. "It is a huge tragedy," he stressed.

The speaker of the Senate, Stanisław Karczewski, also in a tweet, expressed his "deepest sympathies" for the families of the tragically killed miners. He added that unites in prayer with the grieving relatives.

Deputy Prime Minister and head of the Council of Minister's Social Committee Beata Szydło wrote on Twitter that she shares the pain of the families and relatives of Polish and Czech miners who died in the mining disaster in Karvina. "Let those who have gone to an eternal mining shaft rest in peace," she added.

Deputy Prime Minister and Science and Higher Education Minister Jarosław Gowin also expressed his condolences to the families of the miners. "On behalf of the government and all Poles, I would like to express my deepest condolences to the families of miners who died in the accident at the Karvina mine," he said in a TV programme on Friday morning.

Deputy Prime Minister, Minister of Culture and National Heritage, Piotr Gliński also reacted to the tragedy on Twitter. "Eternal resting to the killed miners from Karvina. Words of sympathy to the families of the victims. Let's pray," he wrote.

A crisis center has been opened in Karviná to provide psychological support to the families of the victims.

Poland for world without domination of some states over others - president