Cutting edge: the women at the forefront of Poland’s gastronomic revolution

Though traditionally seen as a male dominated environment, women have played a crucial role in the development of Poland’s food and beverage industry. From the early 90s, figures such as Magda Gessler and Agnieszka Kręglicka pushed the country’s nascent restaurant scene forward and their contribution remains as relevant today as it did back then. But beyond these household names, a new wave of women have found themselves on the frontline of Poland’s gastronomic shift. On the occasion of International Women’s Day, TFN tracks down a few of those that have made a difference. 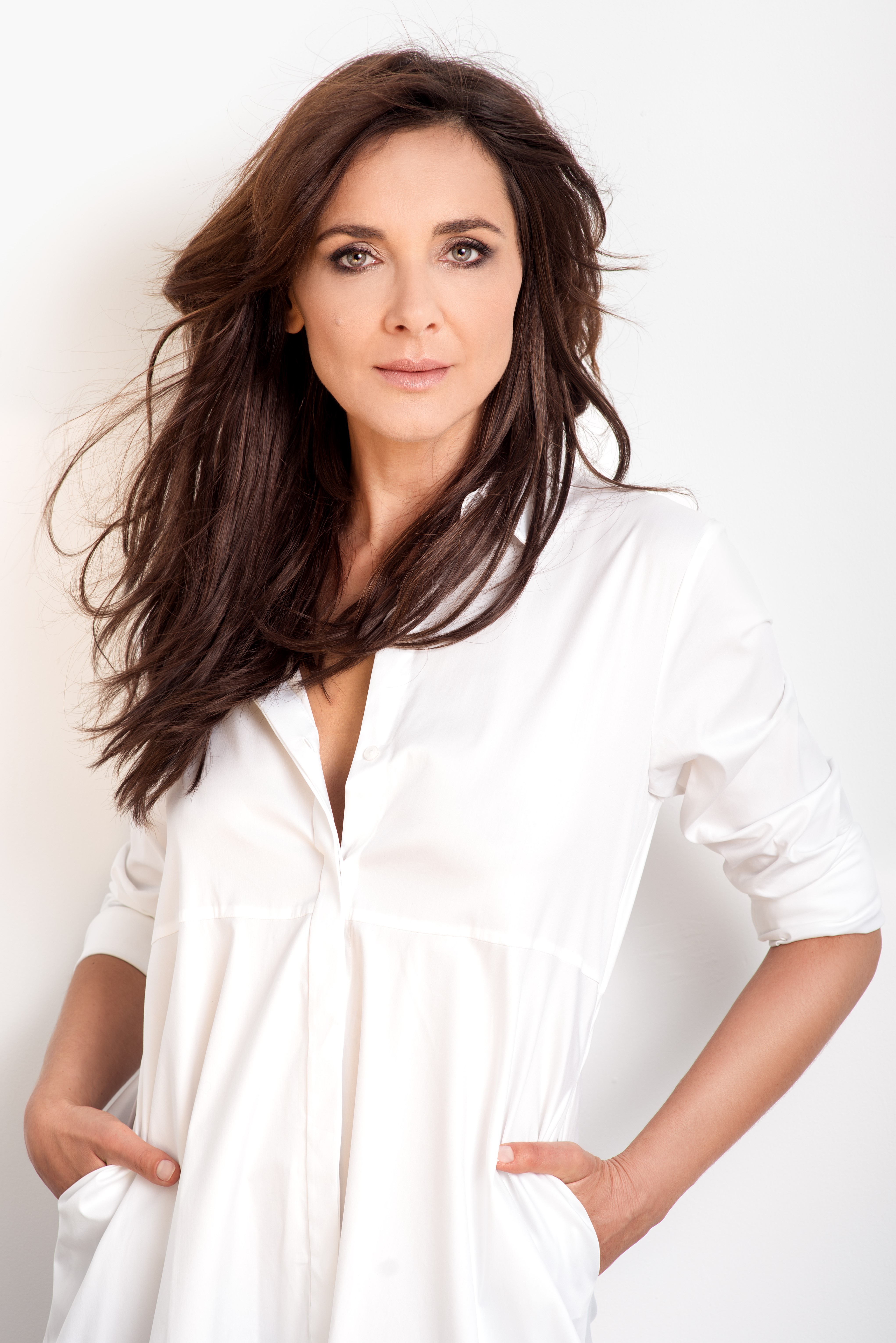 Of all the troubling jobs in the world, there are few that could challenge the complex task of chronicling the life of Malka Kafka: a trained psychologist; published author; dynamic businesswoman; media personality; urban shaman; and free spirit of the avant-garde, Kafka is all those and more.

As things stand, however, it is her achievements with her Tel Aviv restaurant brand that shine above the others. Inspired by what she had seen in London and Brussels (“vegan hangouts with the mentality of modern bistros,” she says), Kafka turned her back on the corporate world to open her own venture on Warsaw’s ul. Poznańska. Then a grim and grotty street bathed in permanent shadow, the effect was two-fold. First, it resuscitated a street that had largely been forgotten, and second, it helped kick-start a mania for vegan food that has shown no sign of abating. With Warsaw reputed to be the fastest growing vegan city in the world, Kafka’s role in those early days can’t be underestimated.

“I’m proud I’ve been part of this revolution,” she says, “and I’m proud that we showed to others that vege-business could be profitable. I’m confident that people entered this niche because of what they saw happening with Tel Aviv.”

Pertinently, she hasn’t stopped there. “Right now we have five restaurants under Tel Aviv’s umbrella and have plans for opening three more this year,” she says. “But the ultimate ambition is to at least develop further across Europe.” Speaking to her, there is little doubt that this is more than just a pipe dream. “My chefs have one injunction,” she concludes, “to create food that, after eating, carnivores will declare they’re ready to go green.” Mission accomplished. 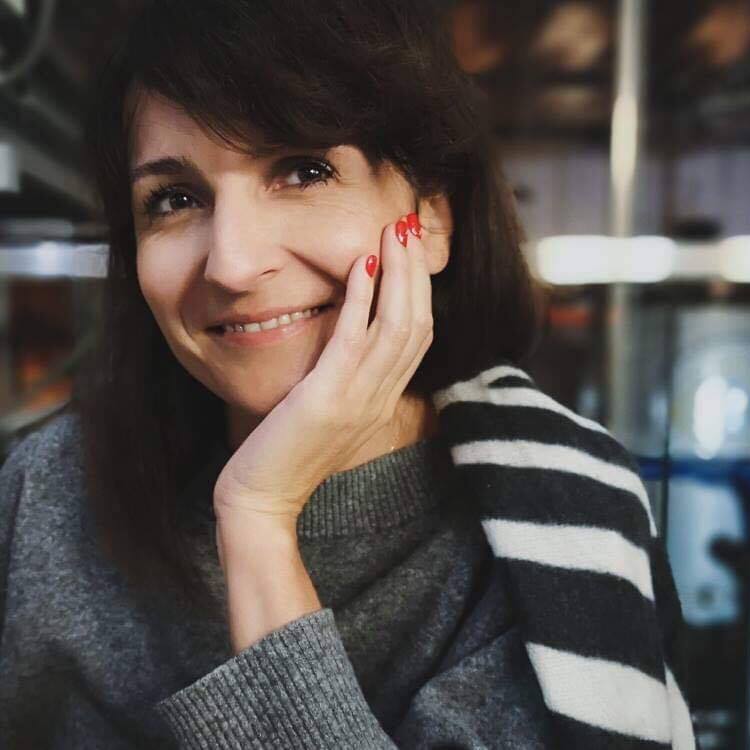 A woman in the world of beer, Arletta Ziemian has helped transform Wrocław’s drinking scene.Lara Perentin

Admit it, think of a brewery owner and you’re liable to picture an overweight old guy with a cig dangling from his lip. The popular image, however, doesn’t account for the craft ‘piwo-lution’. Opened in 2014 by Arletta Ziemian and her husband, Grzegorz, Wrocław’s Stu Mostów brewery has morphed into a trailblazing juggernaut responsible for some of the most thrilling beers that Poland’s yet seen: a pint of Hoppy Violet Potato Lager, anyone?

It is, frankly speaking, as leading edge as anything to be found in Brooklyn or Bermondsey, a point underlined by their soaring international profile and foreign collaborations with game-changing breweries such as Sweden’s Brewski and Spain’s Naparbier.

But more than just pleasing Poland’s growing band of beer nerds, Stu Mostów’s success is founded upon its universal appeal. “From the moment we opened,” says Arletta, “our mission was to create a meeting place where we could educate and build awareness around beer drinking culture. We’ve run educational campaigns explaining the difference between craft and commercial brewing, offered tours and created a great kitchen area as well – taken as a whole, these are all initiatives that have attracted women to visit who, in turn, have then brought their friends. It’s all been about creating a good atmosphere where everyone is valued and everyone has a voice.”

The couple, who left high-powered jobs in the rat race to follow their ambitions, have not looked back, with their award-winning brewery complimented by a highly successful bar and craft food concept. “It’s important to find your own path in life,” says Arletta, “and a lot of that depends on how we view ourselves. If you asked me what it’s like being a woman in the craft beer world, I’d answer by saying that craft beer gives me a feeling of freedom; of enjoying a simple life. I care about supporting people in making uncompromising life and beer choices – I think the world would be a better place is we all focused on what gave us 100 percent satisfaction. Beer is for everyone, and besides, I think beer is sexy!” 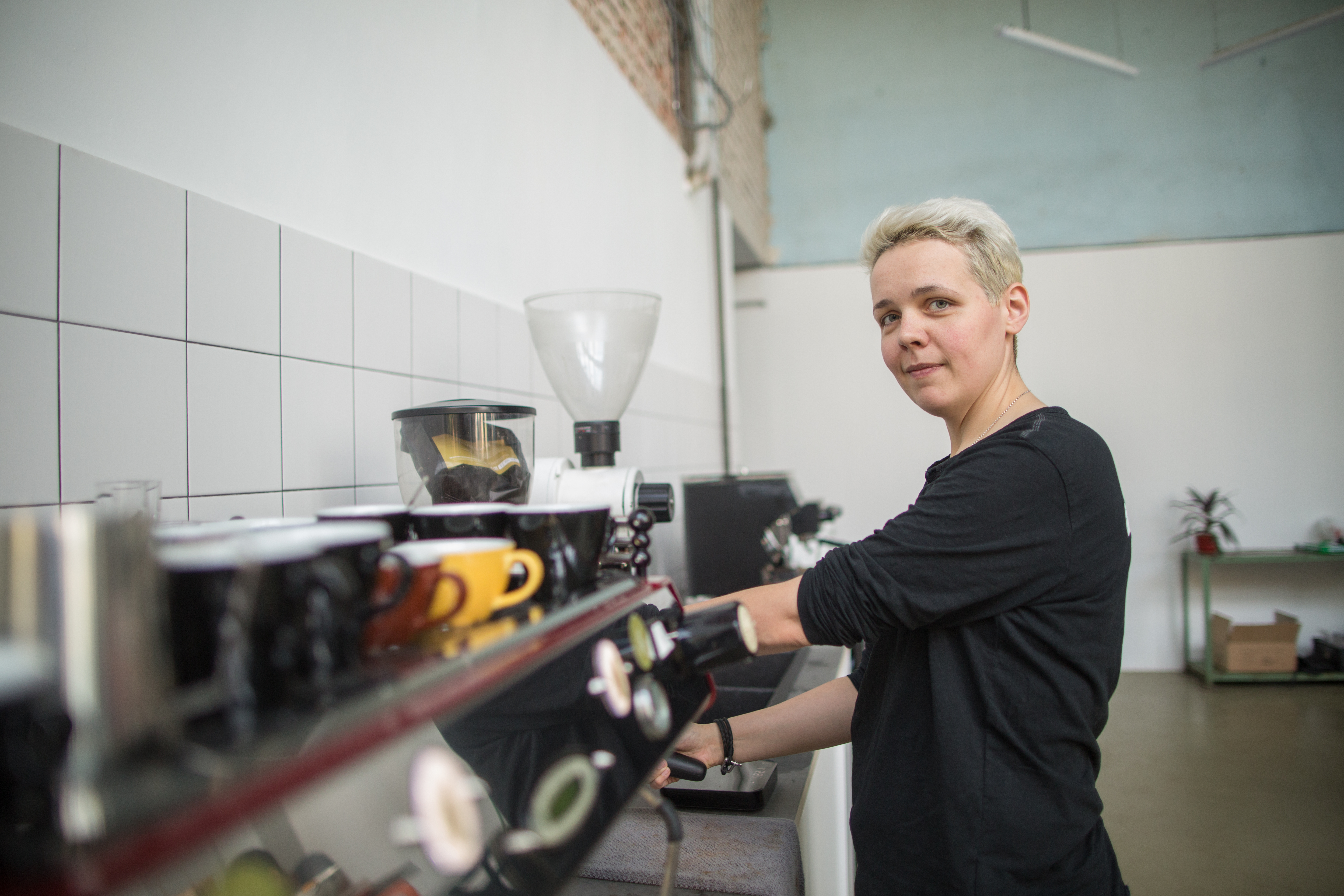 Knowledge of the prominent role played by women in Poland’s booming coffee sector has long been widespread, a point affirmed by the number of females that have finished top in the country’s annual Barista Championships: nine in the past 10 years. However, a breakthrough was heralded last year when Agnieszka Rojewska went a step further when she finished first in the 2018 World Barista Championship.

“Yeah, it changed my life,” says Rojewska, “and I guess it went to show that Polish women can really beat the odds to make their dreams come true – just as much, I think the international coffee world needed a woman to win, even if it was just to show that it wasn’t some kind of closed industry for men.”

The ensuing attention has opened new doors, with Rojewska now travelling across the globe and revelling in the pleasant afterglow of her triumph. “I feel lucky and honoured,” she says, “but above all still completely surprised by it all.” Certainly, international conquest was the last thing on her mind when her coffee “journey” first began. “It was an accident, to be honest,” she admits. “I started working in a chain café as a part-time summer job. First I stayed on because I thought the money was good, and then I discovered latte art which intrigued me even further. The more I learned about coffee, the more interesting it got.” As accidents go, it’s been one with a happy ending. 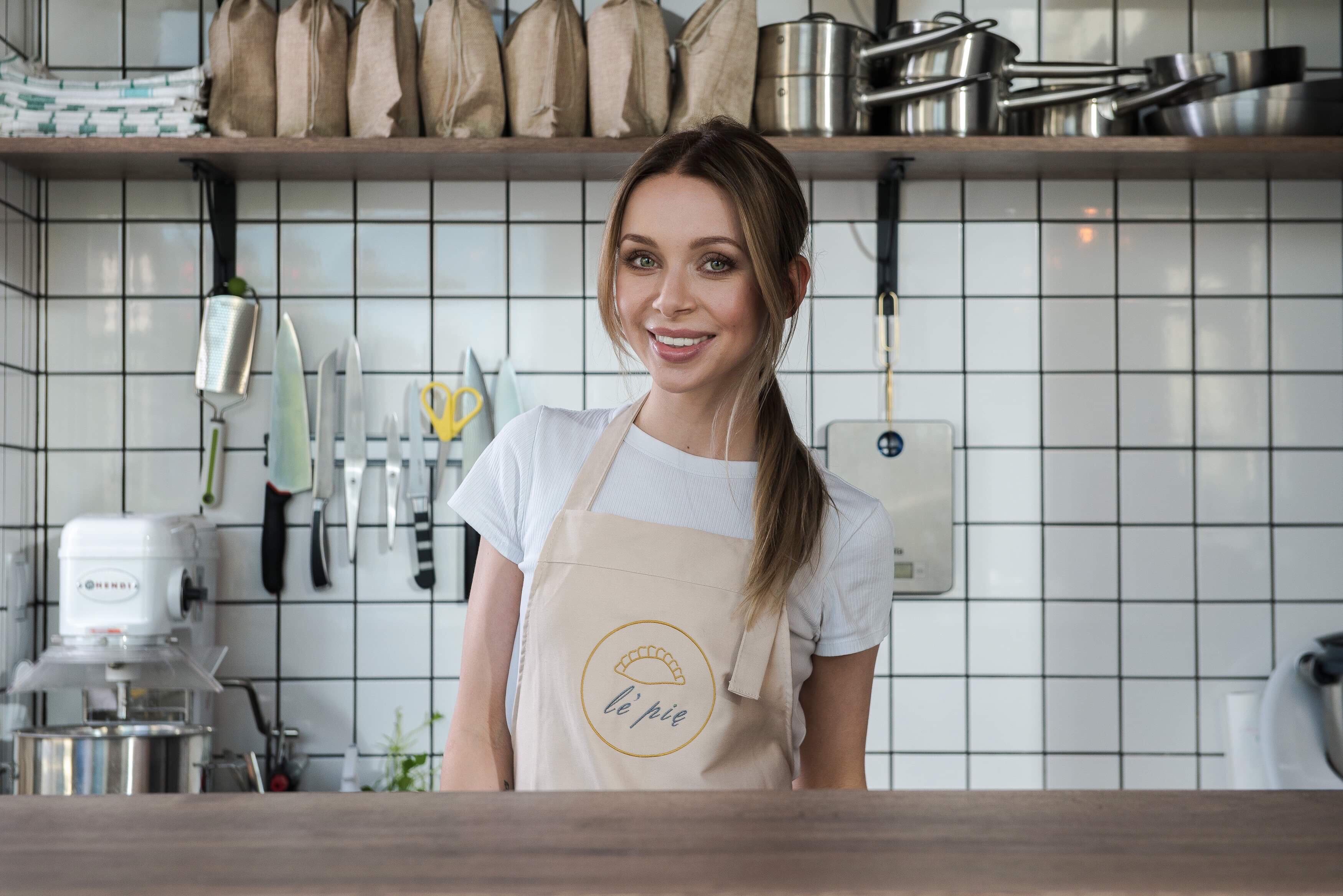 In a country that spends much of the year shivering under a thick, brittle chill, few things give more comfort than a plate of pierogi. It is food to warm the soul. But the humble dumpling as history knows it has been reimagined under the skilled, poised hand of Sandra Kotowicz, a Warsaw-based chef whose reinvention of this staple caught the world’s attention after featuring in a BBC Travel segment just before Christmas.

“What I hope to do is turn this classic into something that’s a bit more modern and creative,” says Kotowicz. “I want to showcase high-quality ingredients whilst demonstrating respect for the product. In essence, my restaurant, Le’pię, is the realization of a dream that’s simultaneously both small and big.”

Handmade with love and attention, the makeover she’s awarded this piece of Polish culinary folklore has caused waves across the capital. Kotowicz, whose gastronomic journey has seen her work across the world, has no doubt that women have lent Polish gastronomy a bold, new angle. “I guess women have given the industry fresh ideas,” she says, “and a lot of the new food concepts in the country are coming from females. Across the world though, more and more women are working in the top kitchens, and that I think shows that we’re on the same level as men: that we’ve got the creativity, strength and work ethic to match them.” 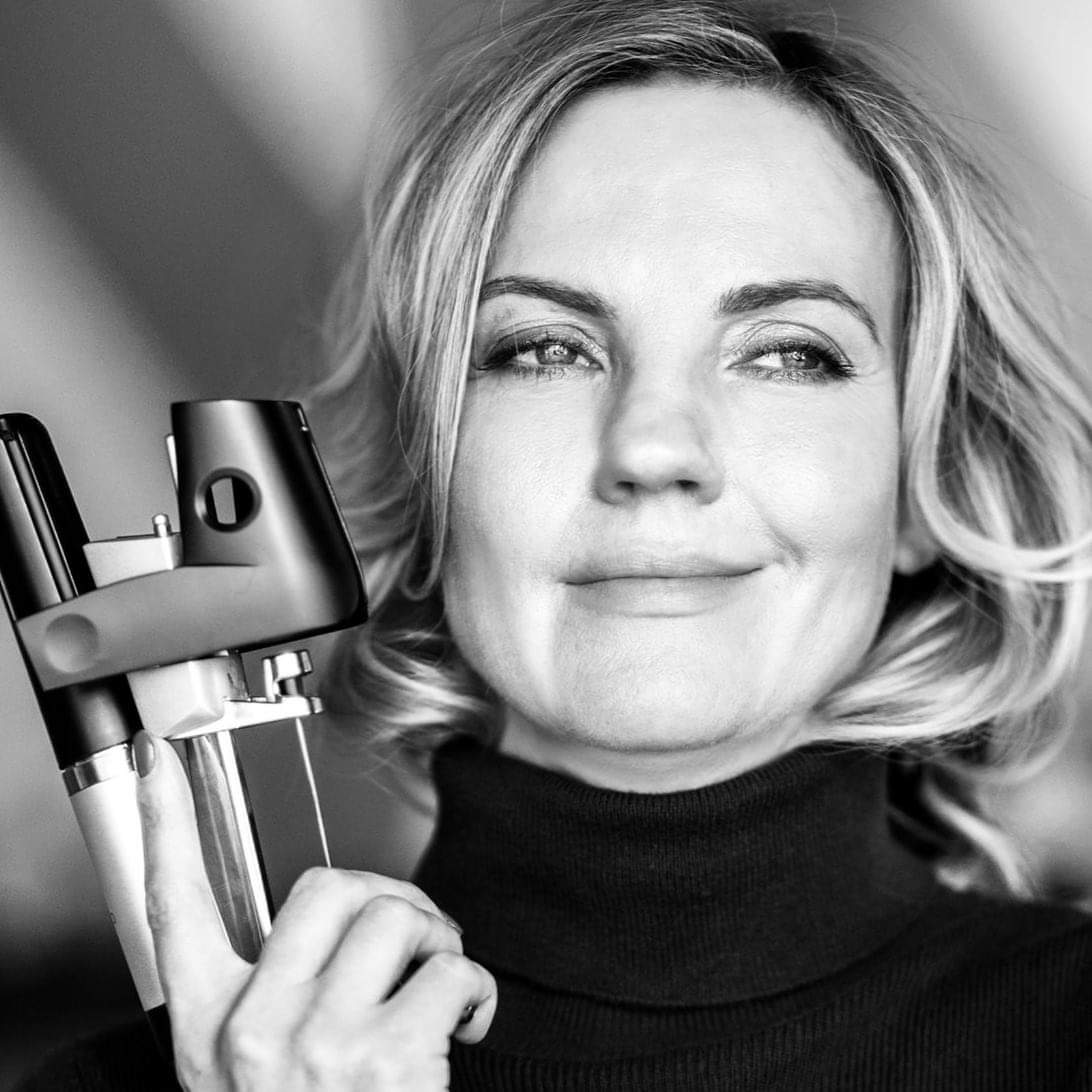 It could be argued that no restaurant group has affected Warsaw in quite the same visionary manner as Ferment. Responsible for shepherding foodies away from the big-ticket restaurants, and into surroundings more casual, Ferment’s restaurants (Butchery & Wine, Rozbrat 20, Kieliszki Na Hożej, Kieliszki Na Próżnej and Brasserie Warszawska) have changed the gastro landscape whilst also gaining recognition from bibles such as Michelin.

“Ferment is wine oriented,” says Beata Gawęda-Pawełek, a partner in the group, “and I think you could say that we’ve created trends and norms.” By placing wine at the front of their philosophy, and demystifying the dining experience, Ferment have become the de-facto leaders in the smart-casual sector.

All this has come whilst pushing established frontiers. “I’m an open person,” says Gawęda-Pawełek, who also leads Ferment’s wine import business, Vini e Affini, “and that’s why aside from choosing to work with the best, I look to cooperate with smaller, niche producers. For example, did you know the Malibran winery first caught their break in Poland before gaining recognition across other global markets? So yes, I can be quite adventurous in my strategy, but only when I truly believe in something.”

As for the wider role women have played in Poland’s gastronomic development, Gawęda-Pawełek is of the belief that both the female disposition and ability to adapt has enabled them to advance. “I think we offer a different perspective, we work hard but we’re also open to take risks. Moreover, in the course of my work I’ve observed women involved in this industry, whether they’re sommeliers or journalists, and I’ve seen how they’ve had to demonstrate competence and strength: men can hide behind excuses, but women can’t.” 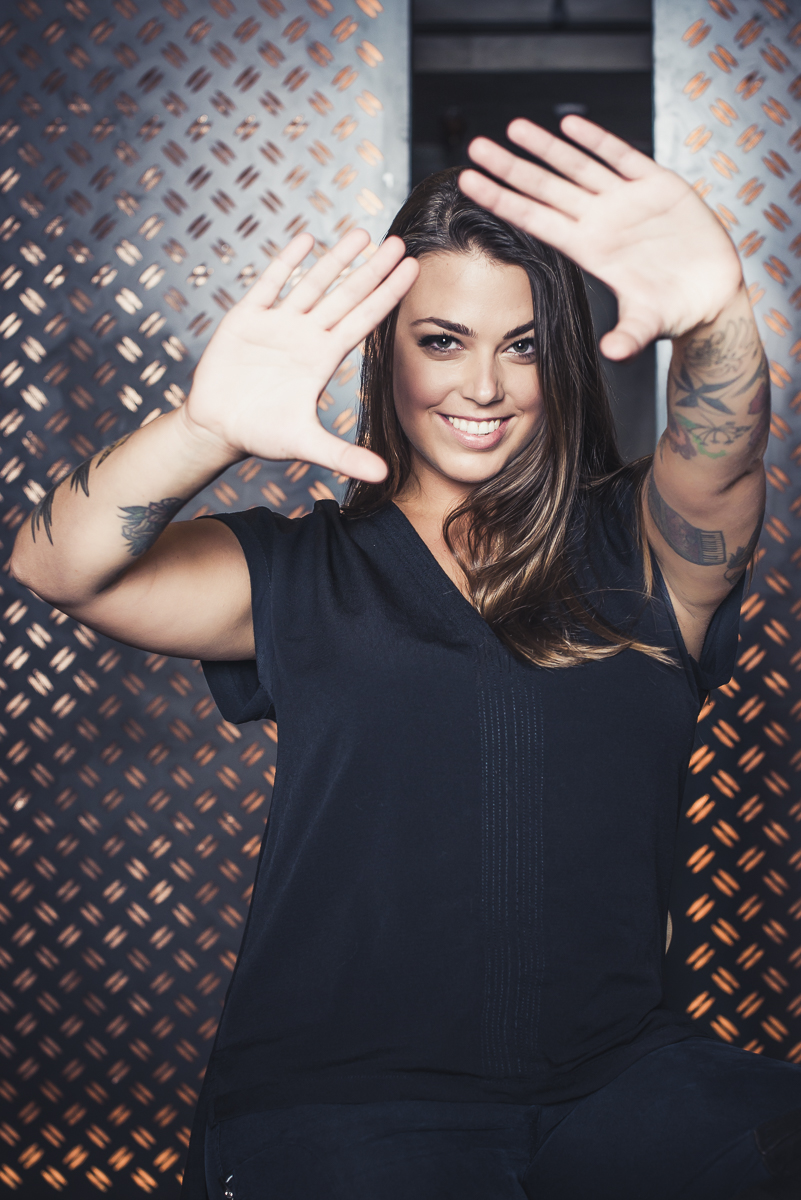 “As a Polish woman vodka was always around, but I want to show how it can be experienced and appreciated in a different way,” says chef Adriana Marczewska.Monika Szalek

Of all the headline launches to occur in 2018, few came bigger than Praga’s Koneser complex. Home to the Polish Vodka Museum, not to mention the mighty Zoni run by culinary legend Aleskander Baron, the plaudits have been numerous. But beyond the more obvious attractions, a spotlight has also found itself trained on WuWu, a 24-hr hangout that’s fallen under the culinary command of Adriana Marczewska.

Aiming to bridge her food with vodka, as well as reintroducing diners to the forgotten tastes of pre-war Poland, the self-taught chef has seen her stock rise rapidly on account of her celebration of heritage. “As a Polish woman,” she says, “vodka was always around, but I want to show how it can be experienced and appreciated in a different way – how vodka can expand flavours or can accompany a dish to create a symphony of tastes.” In doing so, Marczewska has captivated the public and contributed to the general rehabilitation of vodka’s reputation.