The city of Białystok may not be the first place you associate with Guns N’ Roses star Slash.

Surrounded by trees and less than 55km from the border with Belarus, the city which was once shortlisted to be European Capital of Culture, is probably better known as an economic hub.

But the Sweet Child O Mine lead guitarist could soon be given a ‘regular customer’ card from one shop following his second purchase of a custom-made bike.

Owner of MAD Bicycles where Slash is threatening to become a regular, Adam Zdanowicz, told TFN:

“When Guns N' Roses got back together, one of Poland’s most well-known singers, Doda, decided to give Slash a special gift.

“It was a guitar-inspired bicycle with skulls, snakes and stuff Slash likes the most.

“I got in touch with him after he received it and he ordered another bike for his girlfriend Meegan. He was so enthusiastic about it, that I decided to deliver it to California myself.” 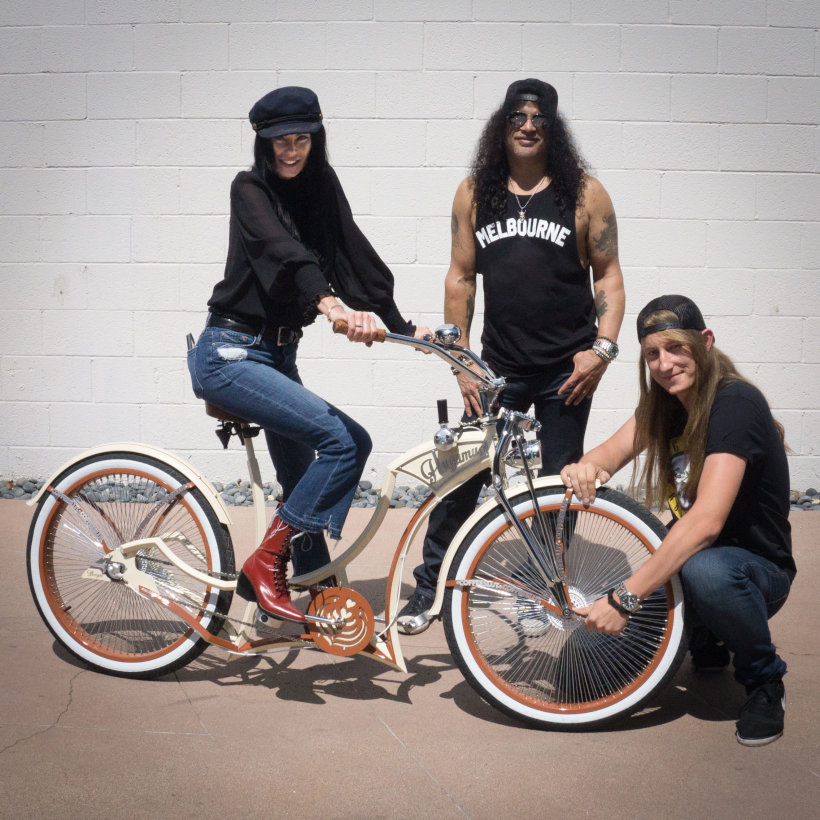 Slash has already bought two bikes from MAD Bicycles owner Adam Zdanowicz and could soon be given his own ‘regular customer’ card. The second bike was for his girlfriend Meegan (pictured).Adam Zdanowicz

That Zdanowicz’s MAD Bicycles are a hit with celebrities and highfliers perhaps comes as no surprise.

Although custom-made goods are not a novelty, those produced in Poland are steadily gaining international acclaim. 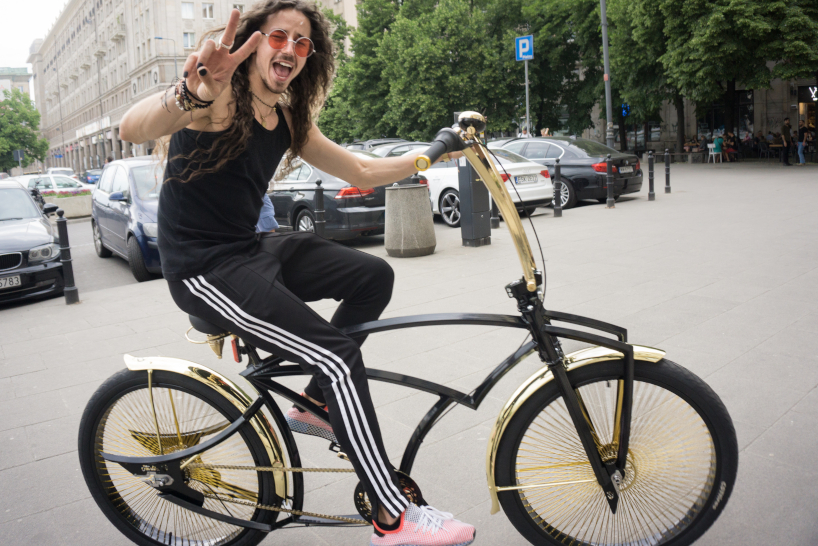 Based in the city of Wrocław, the motorbike enthusiast was growing increasingly bored with the traditional look of motorbikes and decided to ‘sex’ them up a bit by customising his own.

“I was working as a filmmaker during the days and in my garage over nights.

“When the dream-come-true-motorcycle was finished it appeared that many people loved it and quite a lot wanted to buy. 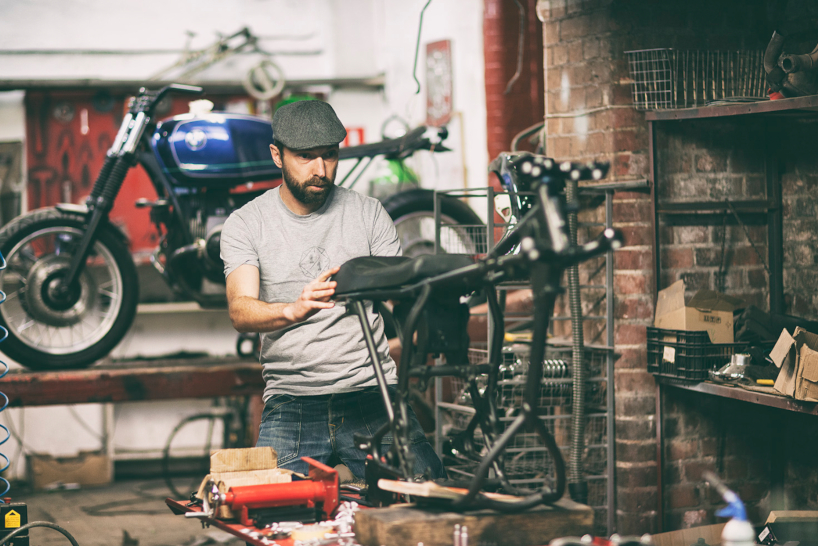 “The interest was so huge that I had to choose between my work as a visual artist and the garage work.

“So I decided on a combination – a bike workshop owner with a penchant for art.”

Specialising in café racers and scramblers, Korczak said: “We love minimalism and a coherent structure.

“Most of the parts we handle are already forgotten and difficult to find. Ninety percent of our parts are hand-crafted by my team and this takes a lot of time – but it’s worth it.”

His sales suggest his customers, who include indie-singer Fismoll, British Polish Chamber of Commerce chief Michael Dembinski and furniture designer Pascal Mourgue think so too. 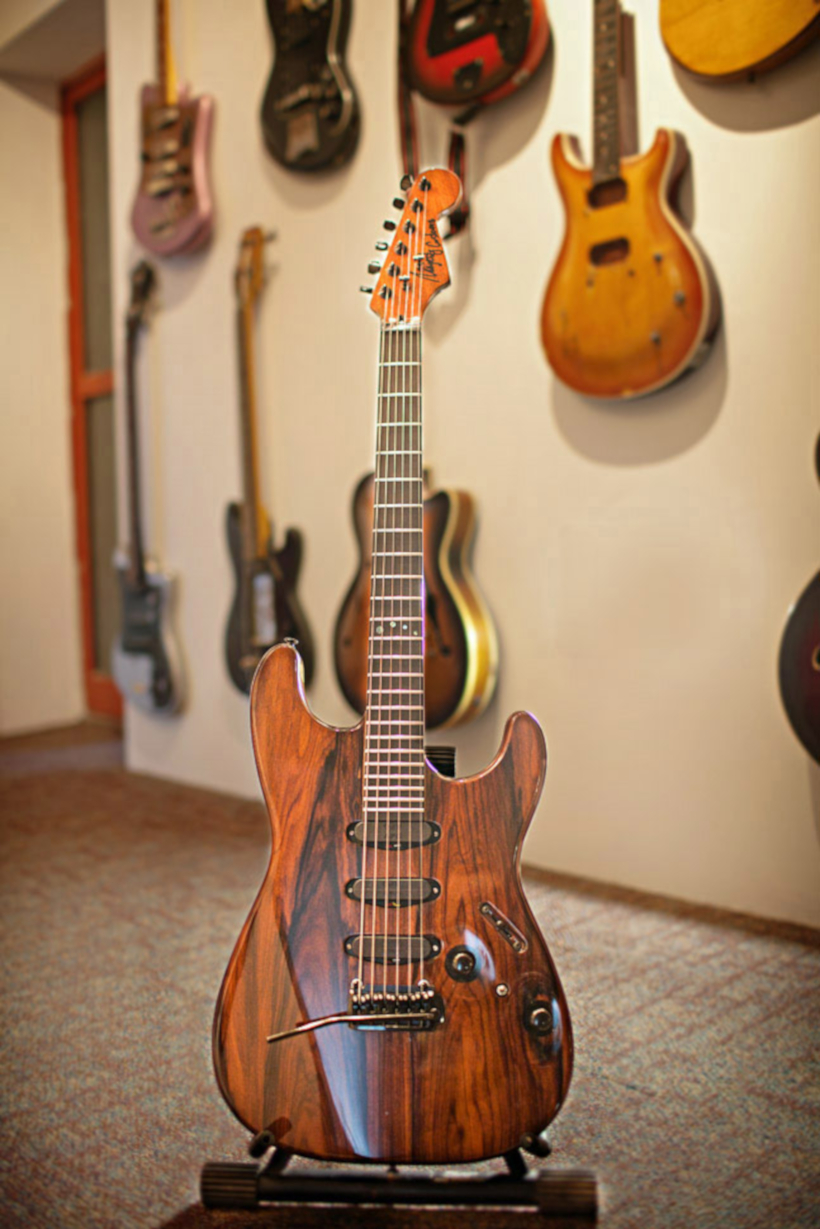 And so it goes on. In 2011, BT Chopper owner Marek Mickiewicz won the title of best custom-build in the world with his Bit of Freedom creation.

It’s not just two-wheeled customisations that Poland is gaining a reputation for though.

It waits to be seen if Guns N’ Roses guitarist Slash will become a ‘regular’ there too though.

Twenty-five detained after incidents at LGBT march in Białystok